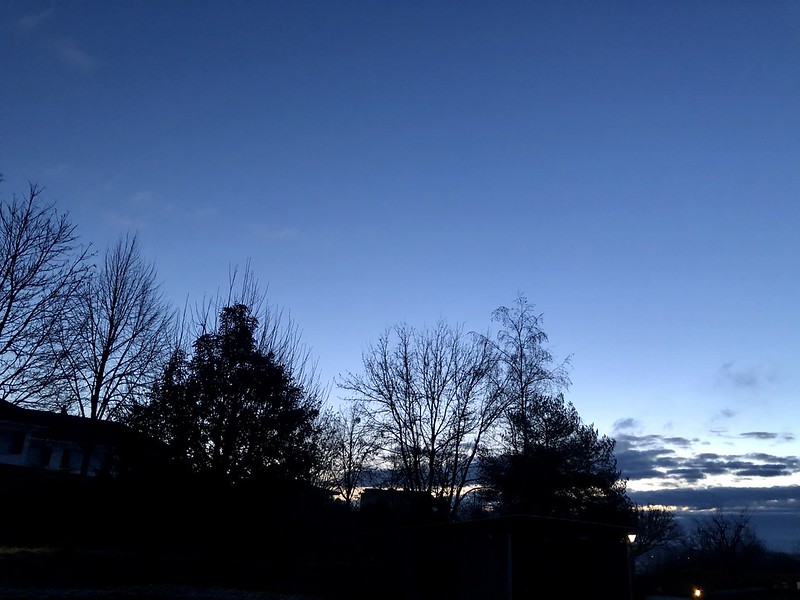 It was a sunrise of sorts I suppose, it was just the sun that was missing. I do not know why I stop hugging the bed so early on Sunday morning. Mr. Swiss finds that laying in bed on Sunday is something to be savoured. He still thinks of the old days when we were working and it was really the only day of the week when we could stay longer in bed. That was before I discovered the sunrise, and that does not miss out a single day, although some days are better than others and so here I am sitting at the kitchen table surrounded by breakfast treats (bread and jam and a cup of tea) and a computer. 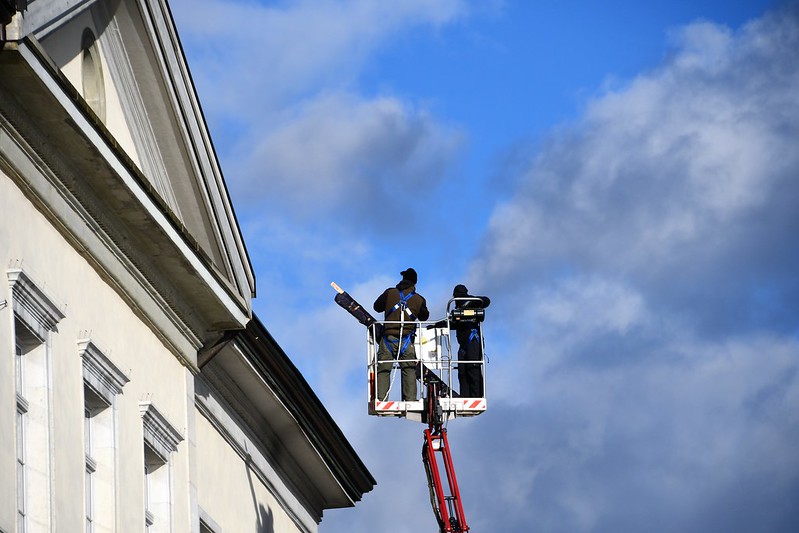 Yesterday I broke out again to discover my world. It was such wonderful sunny weather, it would have been a crime to stay at home. However, After three minutes in my wheelchair I decided to put on my gloves. There was a definite nip in the air.

The first thing I saw when I entered the town was this rising crane with two men. I soon discovered that preparations were now being made for the Solothurn film days and they were installing floodlights. It happens every year in January when our town is invaded by the filmers and during a week we have a festival of new Swiss films in our Landhaus on the banks of the river Aare. 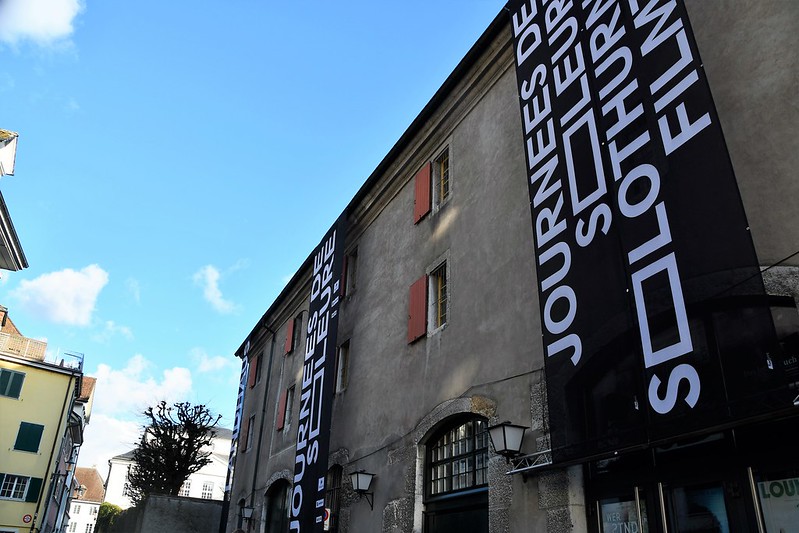 The posters to advertise the event were already hanging on the walls of the Landhaus.

Otherwise the streets were again scarcely populated and everyone seemed to be sitting in the roadside cafés along the river enjoying the sun, As I wheeled around I noticed there seemed to be more birds than people in and around our town. 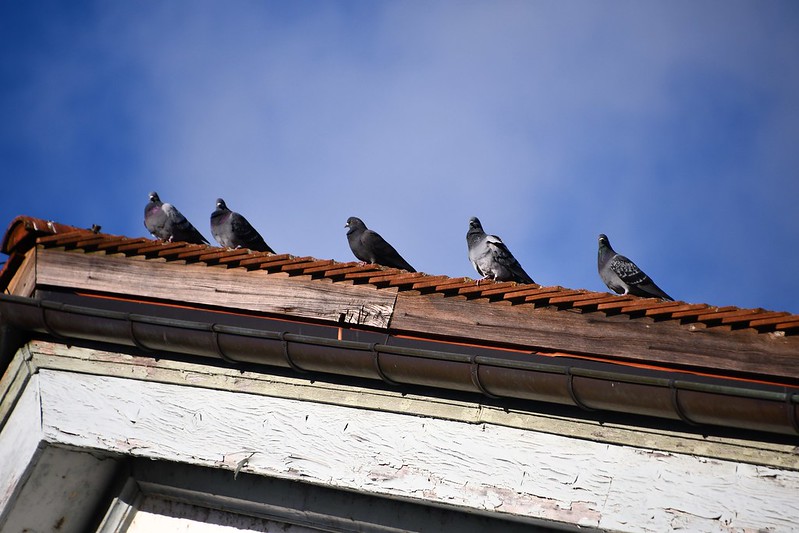 The pigeons were occupying the balcony places for a better view of what was going on below. 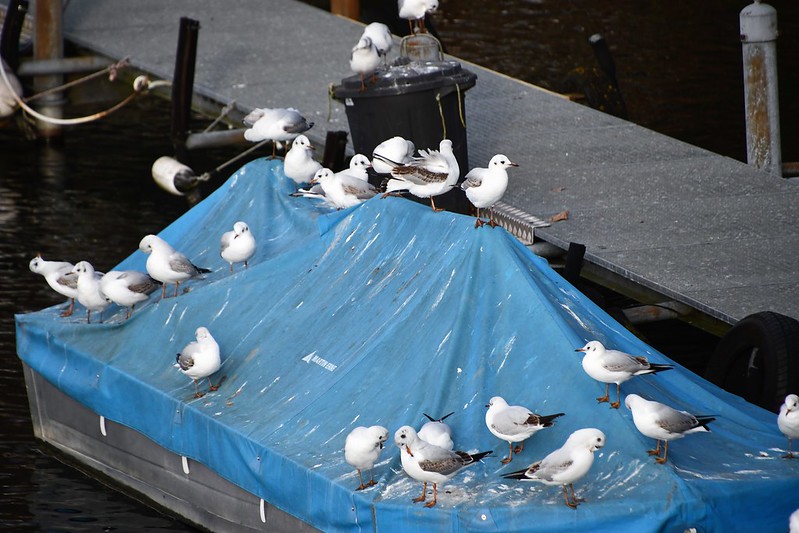 And the gulls were admiring the view from their boat on the river. 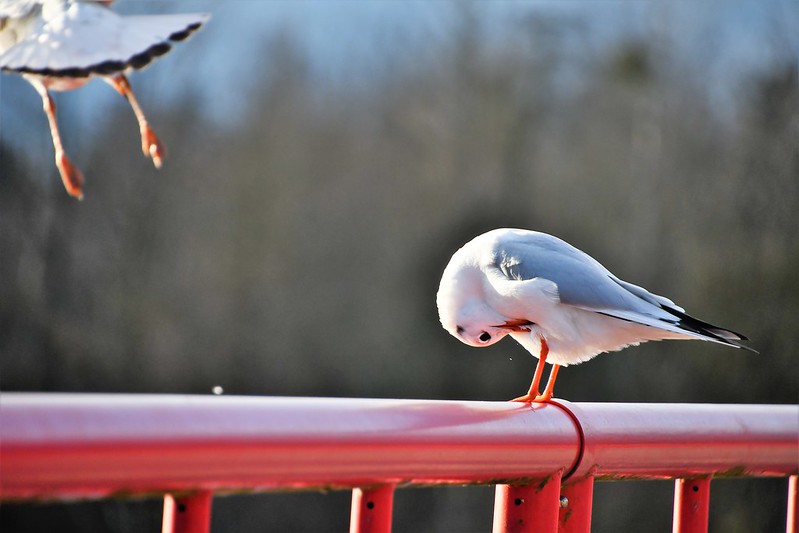 Or also managed to get a place on the balcony.

When I arrived home I realised I had shot 125 photos and I am still sorting them. I am now almost neglecting my local birds. 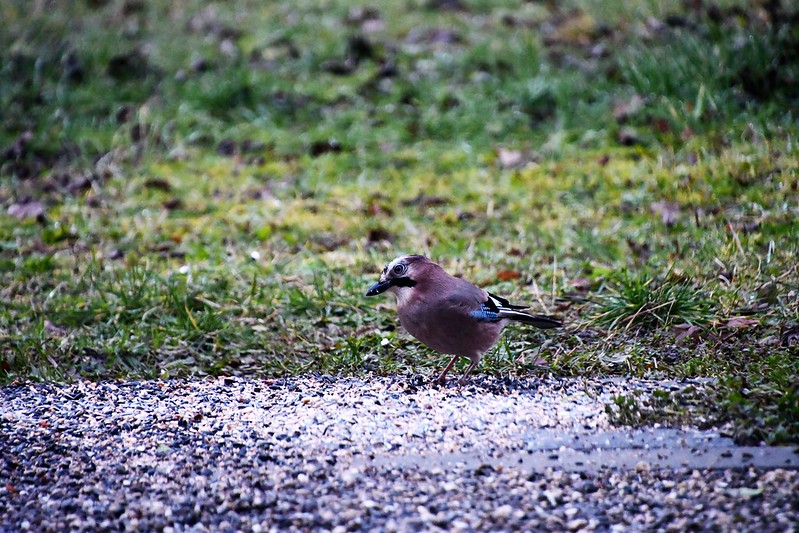 although my jay did put in a personal appearance yesterday. He also brought the wife and they are becoming regular visitors. It will be nesting season in a month so I am hoping there will be little jays around eventually.

I eventually arrived home from my excursion and it was time to make the evening meal and write a few entries in my daily blog. Today also looks quite promising so I decided to risk another tour. I seem to like to keep in action in my golden oldie days. Thank goodness for digital photography and electric wheelchairs. It was only a couple of years ago when I was walking with the help of a stick, but that is no longer. I progressed to a walker and I find them a super invention. I remember saying when my mobility problems began, I would never join the walker club. I often saw the senior citizens in the supermarket and on the street with their rolling walkers and now I have joined them and find it one of the best inventions made. I now see the world with other eyes. Are the road crossings nicely sloped and I now have a mental picture of entrances to doctors and dentists as well as knowing where the parking spaces are for the handicapped. The world now looks different to how it did when I belonged to the walking population.

And now to go, so have fun and take it easy. Life burdens enough stress on us without looking for it. I leave you with a dog I met in town yesterday, I just loved his blue eyes (Martha are you reading this – it’s for you). 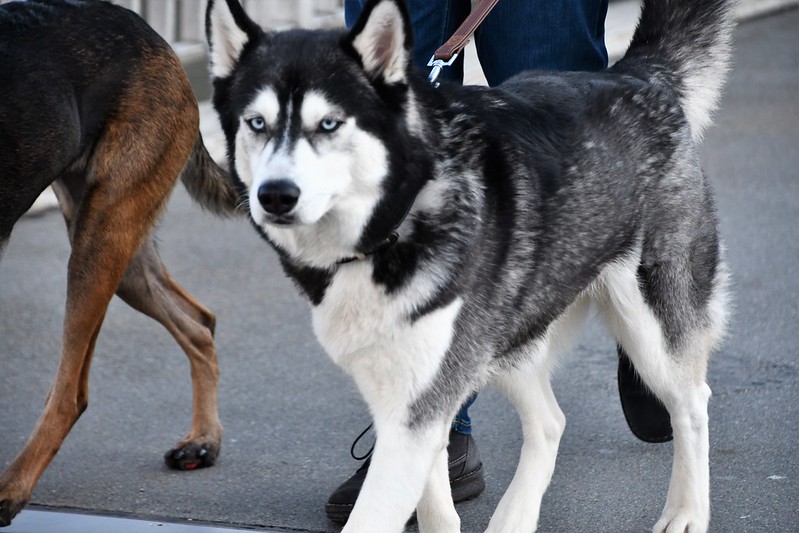