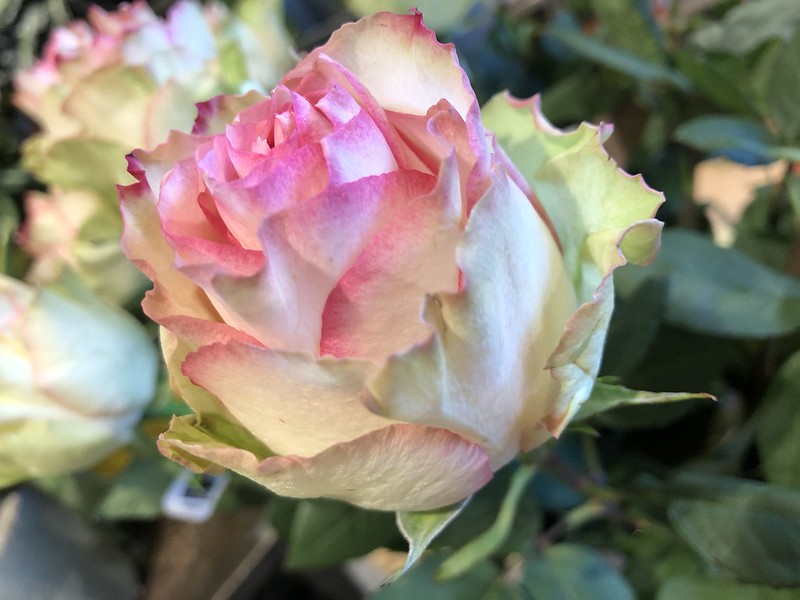 One of those special roses in the local store. 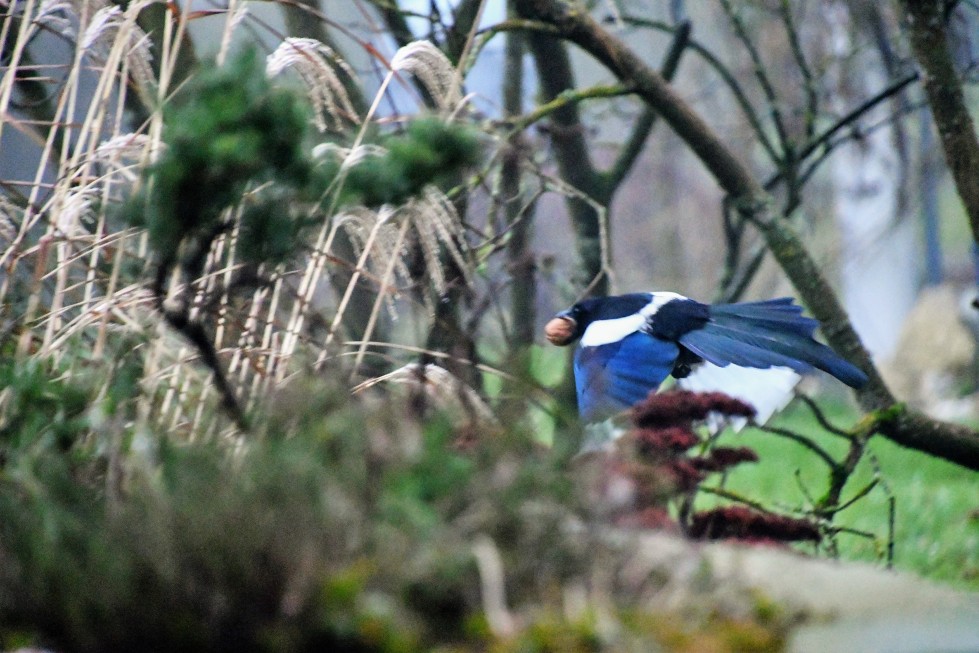 It is quite rare that I manage to capture a bird in flight, more luck than judgement. I manage to get this thieving magpie (and they are thieving, they are quick and take everyhing they can) as it was making off with the walnut of the day in its beak. 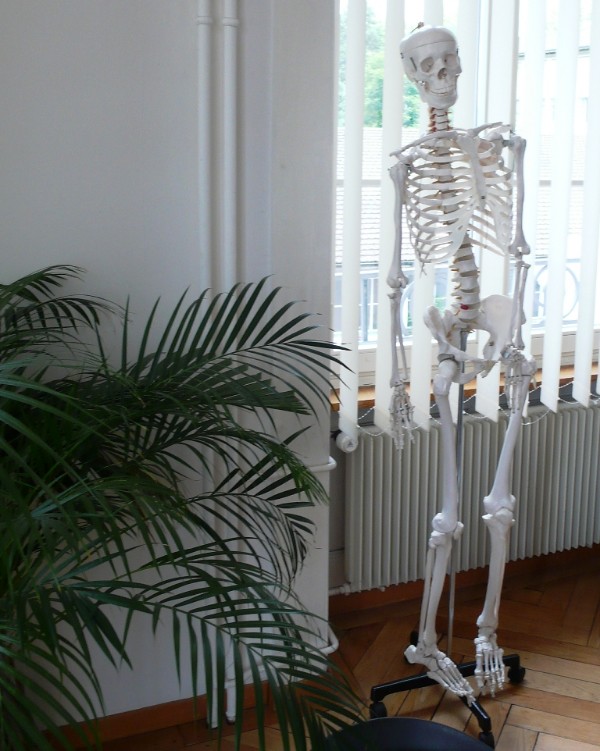 How many years will it be
When the human skeleton is to see
In a museum to show how it was
And there is no-one to explain the because
Dust gathers on the bones, is there anyone to care?
The last human disintegrated, there was too much hot air
We all became figures resembling quasimodo
Remember the saying? As dead as a dodo 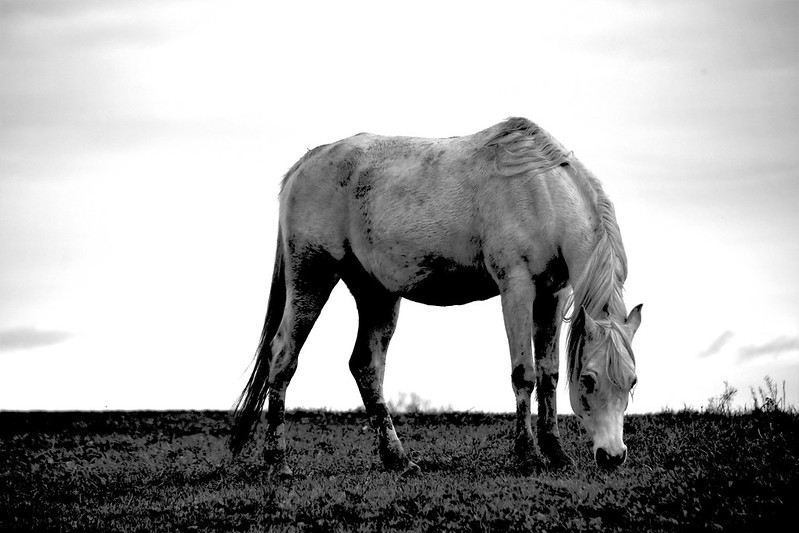 It is a white horse from one of the local horse farms.

And it looks like the sun will arrive eventually. It’s a cold crisp morning but can only get better 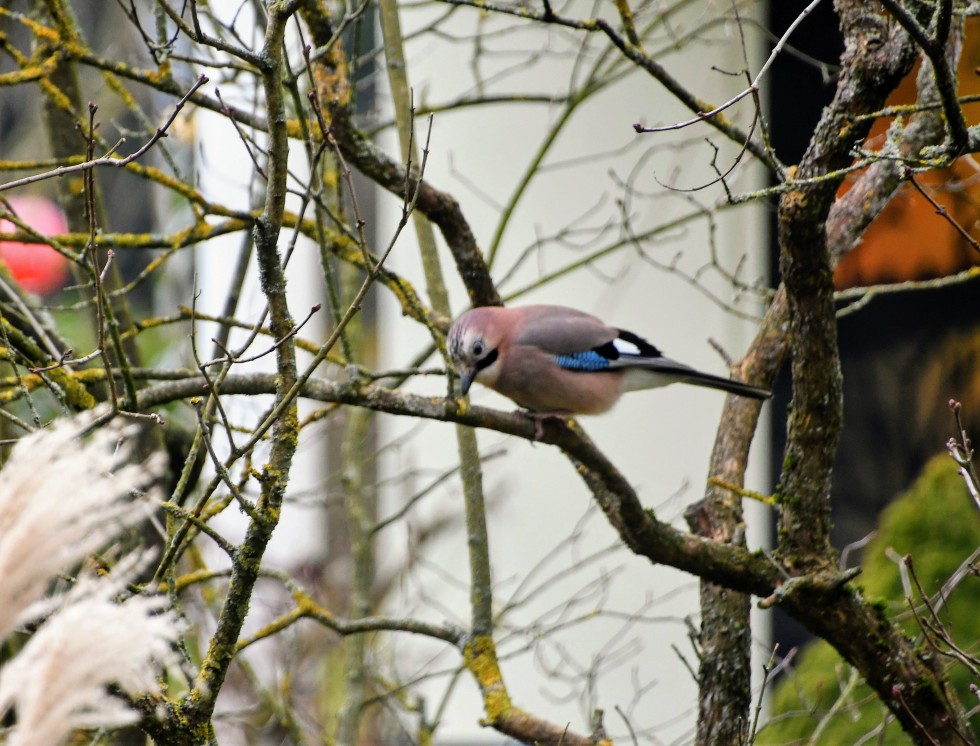 My friends the jays are already here, which is quite early for them. They usually only arrive towards midday. 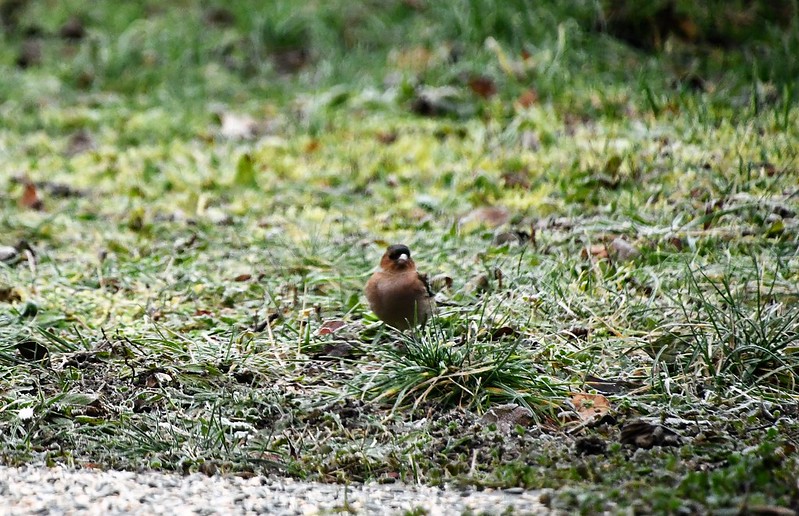 And we also had a chaffinch on a visit yesterday.

Otherwise nothing really new to report. It was a housewify day busy getting in supplies for the week-end. The first step is planning the menu. I have three people to feed (and a cat) and hate when I forget anything. That is why I make a nice detailed list on my iPhone to make sure nothing is left out. Mr. Swiss is also connected to the list meaning now and again I get a few surprise additions, although his main theme seems to be chocolate and sweets.

Yesterday I had an interesting meeting in the store. I heard two ladies talking in english, and it was english-english from the British Isles, so of course I struck up a conversation. Otherwise I only seem to meet Americans. They were delighted. They also had three small kids with them and were staying with a Swiss friend in one of our local villages. I discovered they were from Brighton (a coastal resort in England which I knew quite well) and had only arrived the day before. They were loving it and when I got to the cash desk I met them again. The mother of the kids also had her husband with her and I also met the Swiss lady where they were staying so it developed into a mixture of a Swiss German/english conversation eventually. It is always good to meet people and makes a change from the usual dreary shopping expedition. 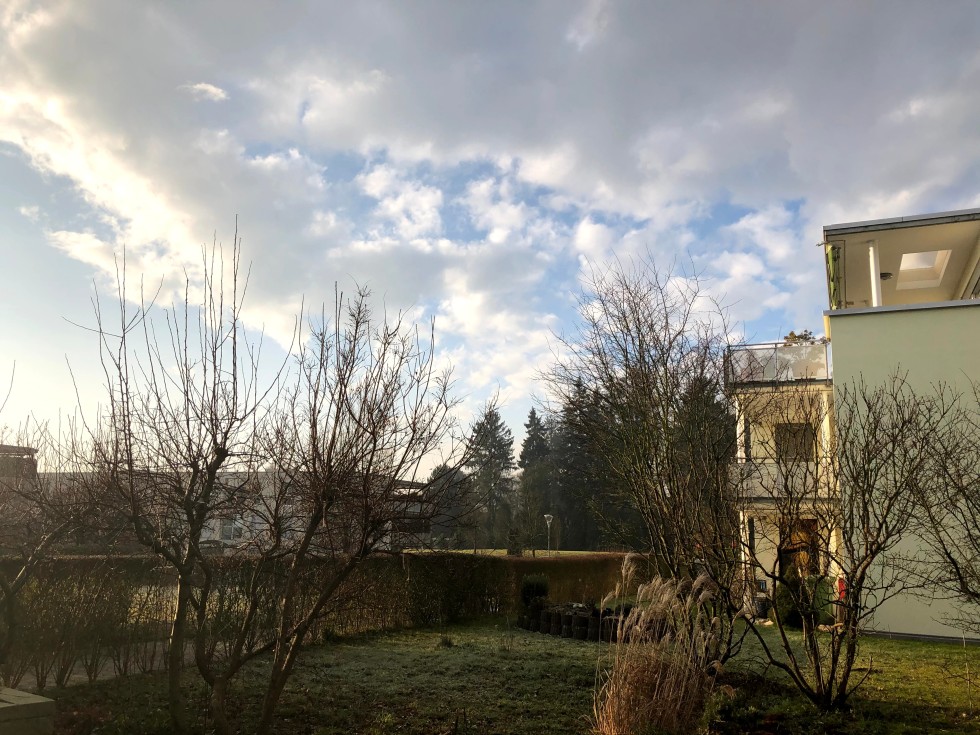 The skies did brighten up once in the late morning yesterday, but otherwise it was a rainy day.

When I got home from the shopping tour I spent some time on the computer and started the evening meal. I decided on cheese tarts, a bit of a Swiss thing, with soup. Mr. Swiss was actually planning on a fry up with an egg, tomatoes and spam, but that was last week. It developed into a discussion that there are other things that can be eaten on Friday other than fried eggs etc. I do like a bit of something different now and again.

Eventually I was left with the TV as he disappeared into bed after we had finished watching our one and only favourite soap, “East Enders”. I decided to read on in my book as there was really nothing worth watching on the screen and was eventually also hugging the covers already at 11.00 p.m. Although I had to make a quick excursion to my wheelchair. I am thinking about taking a wheelie today and had to upload the battery which charges through the night.

And that’s that for now, so enjoy the day. I had aa little bit of good news on my last wheelie through the cemetery and saw that some branches on the shrubs were already showing the first signs of Spring with some buds, although it is very early yet to say we will be having flowers. This blog seems to be developing into a diary of my life. Perhaps i 100 years or so, if the world still exists, someone might dig out my computer and it will become a documentary of the olden days.