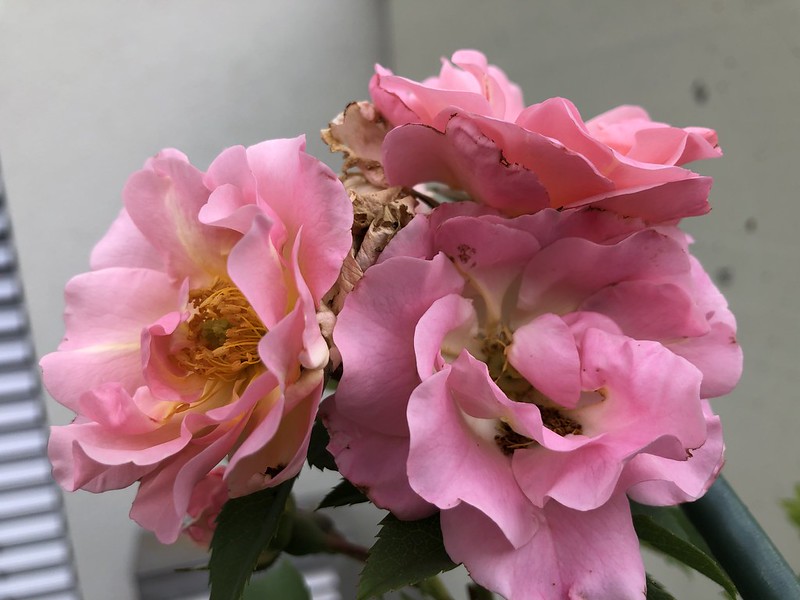 My climbing roses in the garden

This is the end bit of my Dyson vacuum cleaner. I have had many vacuum cleaners throughout my life, but this is THE vacuum cleaner, I love this machine. It usually hangs on the framework of my household working machines, where there is  electricity constantly feeding its motor until it is full. Otherwise is is patiently waiting for the next use.

As you can see it is empty. No speck of dust or dirt stays in this machine. I empty it after each use, no problem. And that is where this brush is useful. Machines always have a weak point somewhere and my Dyson always collects a small residue of fine dust in the place where my brush is reaching. The brush is not supplied with the vacuum cleaner. I was on a quest in the local supermarket to find something narrow and long enough to reach this small space and found what I needed. It is only a small brush, and cost just a couple of francs, but it does the job. So after using my Dyson I just take the brush and have a quick wipe round in the insides of the machine.

And that is the only brush I use at home. I do not brush my hair and my Dyson removes all the other residue in the apartment.  I even have a second Dyson in my laundry room. You can never have enough Dysons I find.

Actually if Mr. Dyson is reading this he should really make a contribution for my free advertising. And here it is hanging in the cleaning room.

Who needs Southern Seas with a river down the path
Even sea gulls swim on it, they always  take a bath
It might be cold in Winter, you even tend to shiver
I know it’s not an ocean, just a very long river
In Winter wear your coat, perhaps gloves and a hat
but in summer they are gone, you relax on a sun mat
For reaching south sea islands you have to take a plane
The river is in walking distance, just along the lane
Pack your sun tan lotion, perhaps include some towels
You can take a swim, on the banks there are even cows
If you are feeling thirsty, then take a bottle or two
They remain cold in an ice filled bag, yes you know just what to do
So stay away from southern islands, they might be having a war
On the local river, life is a peaceful chore 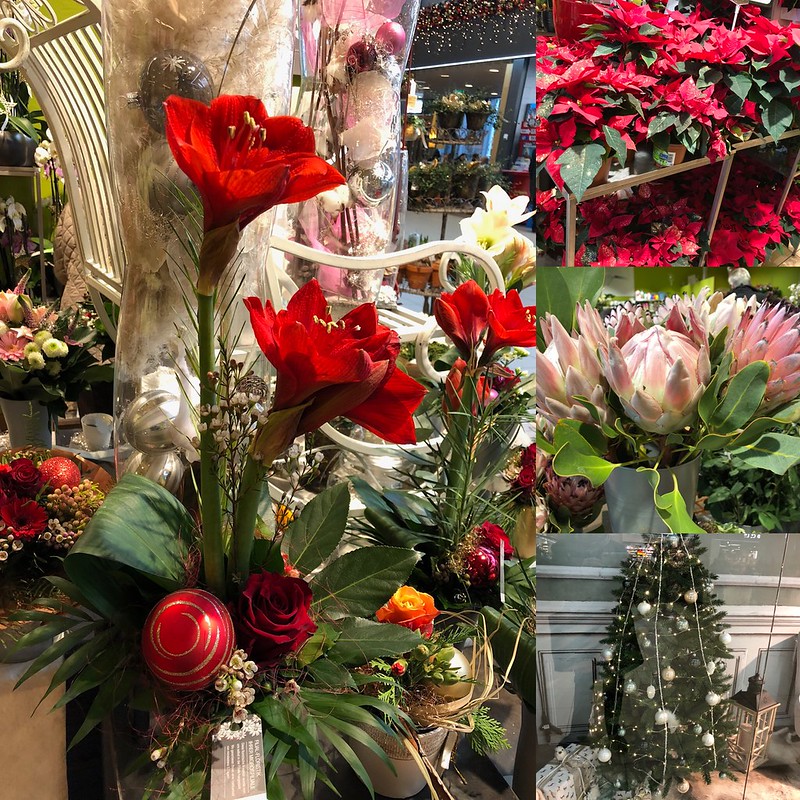 Not something I often compose, but I found this one in my archives. It is composed from various objects I found in the local store in the garden department. At least it is a splash of colour. 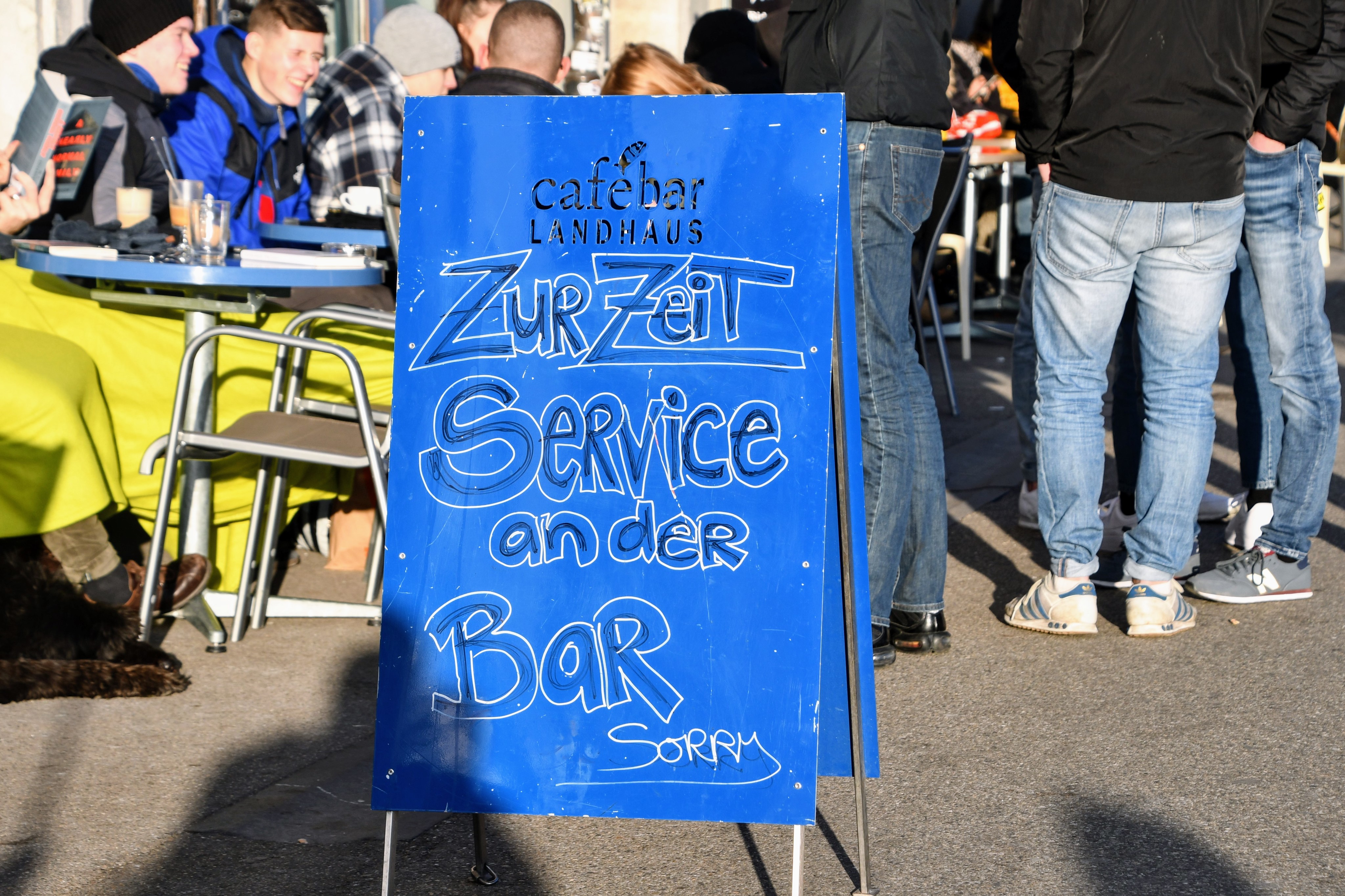 This boulevard café in our local town of Solothurn seems to be having personnel problems. The sign says “At the moment, service at the bar, sorry” so it seems everyone has to go inside to order their drinks.

It is a cold unfriendly morning, a bit of mist and dull, so I thought I would start a brighter begin to the day with our St. Urs cathedral view as I approached Solothurn yesterday afternoon. the sun was direct behind the cathedral, and I found the resulting silhouette effect not bad.

Otherwise a little excitement, at least for me, on my wheelie yesterday. As I left our home and wheeled along, my first view was on the opposite side of the road is the meadow leading from the castle where I saw this. 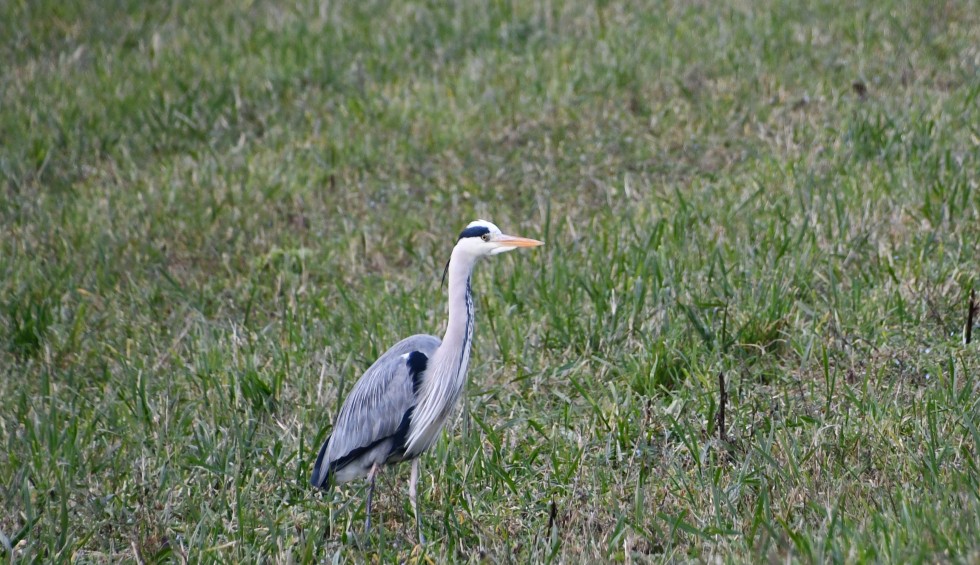 I suppose no big deal for many, but we very rarely see them here. I think it is a so-called grey heron an it was sitting all on its own in the field. It was probably a refugee from the local river Aare although not a regular visitor. I was quite surprised to see such a big bird and my first thought was a stork but it obviously was not, as it is still too early for them.

When I wheeled on home in my chair more than an hour later, it was still standing there. Now and again it walked around, so I do not think it had any injury. It was probably annoyed that there were no fish in the area.

My first stop on the way was our new supermarket. I had forgotten a couple of items on Friday and decided to risk my first visit in a supermarket with my wheelchair. There was enough space to enter and inside it was also quite comfortable to move around. Another new experience for me. Now I know I can do it, and I will probably be a customer now and again, mainly for bits and pieces. It is a smaller store, known with the description “M”.  My usual store is an “MMM” with a larger assortment and its own butchers and bread baker.

In town there was not a lot going on, most of the crowds were at the restaurant mile along the river. However the carnival season is getting nearer and as it a usual custom, our hot chestnut hut had again been decorated by one of the carnival groups 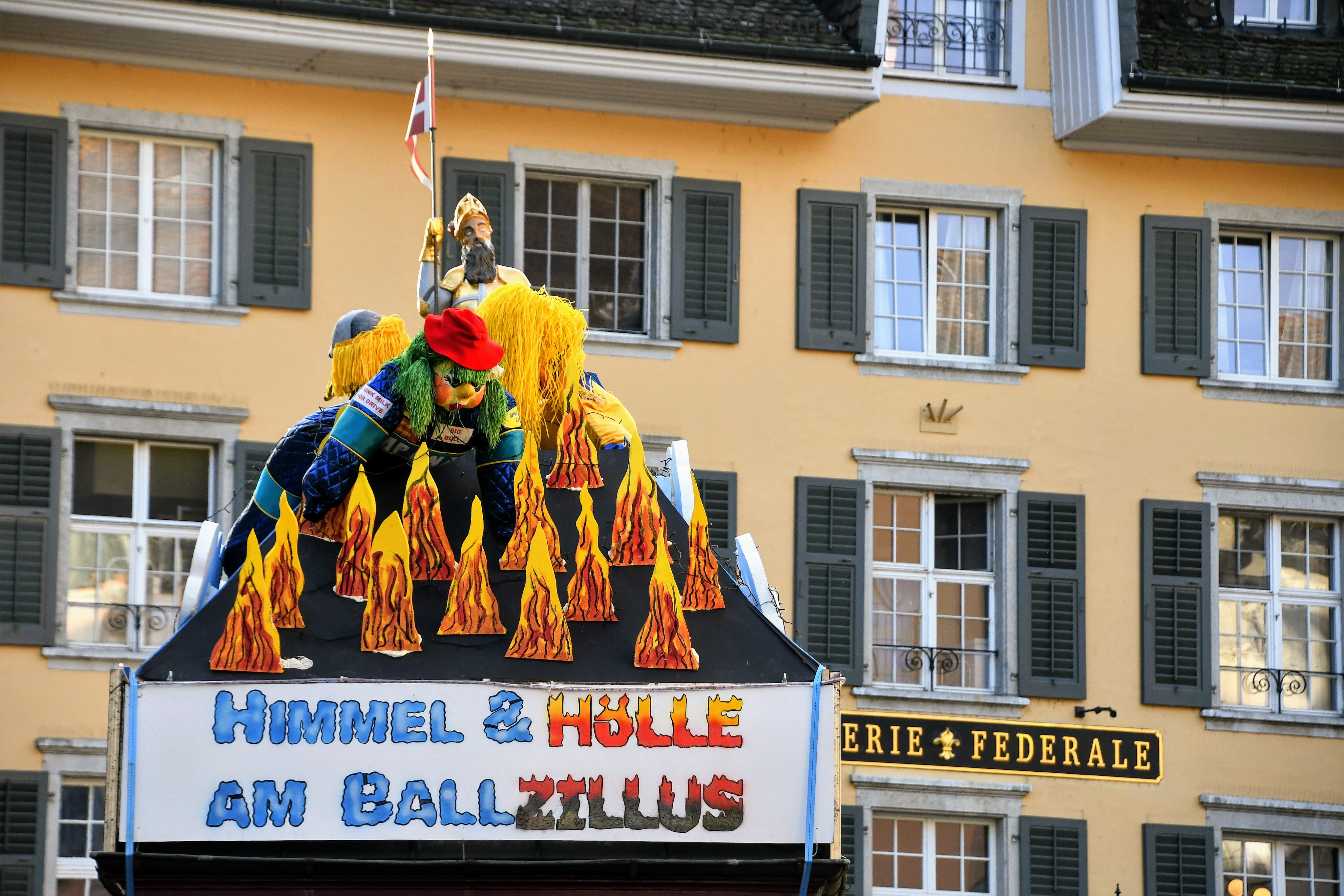 At a closer look it says “heaven and hell at the ball”. Our carnival is celebrated by a few balls for the evening entertainment. At the back of the decoration our fountain statue is peeping through.

As I was wheeling through town I was asked by a couple if I would take a photo of them with our cathedral in the background. They found that I must be quite good with such a professional camera in my hand. I obliged and we got into a little conversation. They had the same iPhone as mine and before they left I asked if they would take a photo of me with my iPhone. I am so busy taking photos of other objects and rarely get a photo of myself. It is nothing special, and I am not the best subject for a photo, but I had now been there and done it.

It was quite an eventful trip and I was glad to get out and about. When I got home I had a pizza to prepare for the evening meal and a few blogs to write.  Otherwise I spent the best part of the evening uploading my 60 photos.

I also met these two small dogs in town who seemed to be having a “getting-to-know-you” session on the street. I naturally stopped to get a photo. Their owners were quite amused.

Have a good Sunday everyone, take it easy, and may the sun be shining somewhere. I have not yet seen it here.