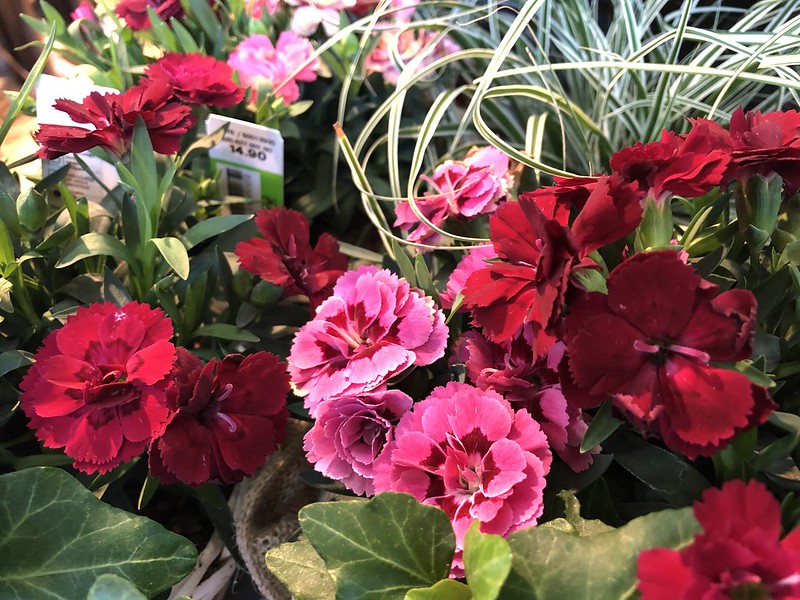 I would say one of the prettiest flowers in the garden. They flower almost all summer. 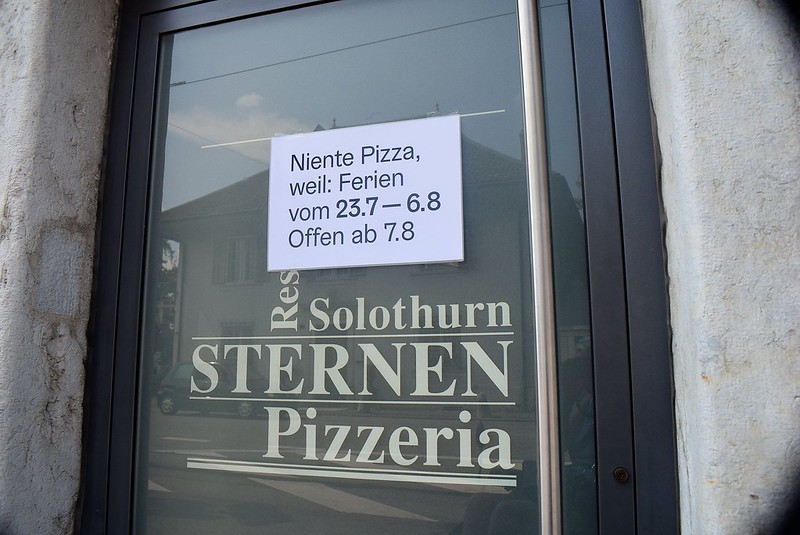 Switzerland has quite a large Italian speaking population. Many immigrated as seasonal workers in the earlier years of the twentieth century. Many stayed, and so we are infiltrated with their culture and the wonderful food. . Italian restaurants are everywhere and what could be better than the local Pizza restaurant.

However in summer they also have their holidays, returning perhaps to their homeland. This one made it quite clear on the notice on the door that it was shut.

Did someone say birds. At the moment we are inundated with gulls on the local river. They always arrive in Winter and stay until Spring. Action time for the flights.

I think the first words Mr. Swiss said this morning to me (and it was barely morning) “it was raining through the night”. No big deal I suppose, but for a sunrise photographer I knew something special might be happening up there when the sun rises, if it rises of course. And it did. Around 7.45 am the sky began to brighten up and half an hour later we got this.  What more could you want. Of course I took a few more photos.

This was the very first photo I took where the sun was just thinking about it. As  I get older I appreciate these things more I suppose. As long as you can see the sunrise in the morning you are alive. By now Mr. Swiss had made his first coffee of the day and was on his computer doing this and that. In the meanwhile he has gone back to bed and I am now doing my solo act in the kitchen with the computer and camera of course.

I am not such a moon specialist when it comes to photos, but yesterday evening it was quite a big one. I believe no quite full, today is the big day for a full moon. Mr. Swiss said you can only see it through the trees, but who cares. You do not see so many imperfections on my photo.

Otherwise the evenning was not so perfect. I watched my favourite soap on the TV, Eastenders and instead of thinking about staring the washing machine in the laundry room and the dishwasher afterwards, continued on my mobile phone with making today’s shopping list. This was not a good decision, as I was half an hour late with my various machines, meaning they would be finished half an hour later. However, not really so bad and my bedtime did not suffer.  I tend to hit the covers around 11.00-11.30 pm.

I was thinking about going somewhere yesterday afternoon in the sunny weather we had, but decided to leave it.  I had some computer stuff to do and in between am still collecting the documents for the tax man. When I worked in England they would automatically deduct the tax from my wages, but in Switzerland it is a do-it-yourself job, if you can do it yourself.

The magpies are still at it, flying backwards and forwards in my garden in the morning. They are the first visitors taking the best food. No wonder Rossini wrote an opera called “The Thieving Magpie”.

And now I should already move on. The chores do not diminish in the morning and due to taking my photos of the sunrise, I am a little later than usual. Today is week-end shopping day and I still have the bed linen to iron this morning. The sky is now turning to some hovering clouds with a blue background, which is quite promising. Sometimes we need some rain showers to clear it all away.

All is left to say is have a good day, and no stress. When you become a golden oldie, stress is non-existent. You cannot move fast enough.

Amongst yesterday’s bird photos I discovered this lonely tit before the sparrows arrived. He was looking at the walnuts, but eventually decided they were just a little too big for his tiny beak. I don’t see so many tits at the moment. They prefer to feed from higher places, like my bird house.