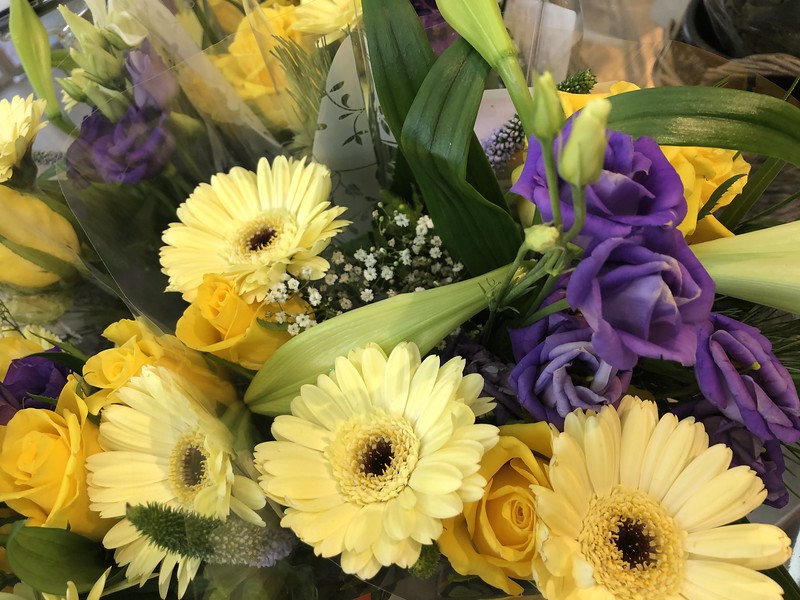 A sunny bouquet to brighten up the day.

Someone was getting a little fraught here, or perhaps a visit to the dentist would cure the problem.

Isn’t this a beautiful view, at least it is for me. It is Christmas Eve and in Switzerland, as many countries in Europe, it is the day when it all starts with the celebrations. I seem to be getting sentimental in my Golden Oldie years and have again discovered the nice side of it all. Even if you do not believe, like myself, you can still savour the various aspects: decorations, food, and above all family connections.

I have received Christmas cards from the remains of my English family, and also from friends in Switzerland, each one a delight. There are perhaps not so many, but as we get older unfortunately we diminish in numbers.

However, let’s look on the bright side. We do not have a big family get together on Christmas Eve or Day, just the local part. It will just be Mr. Swiss, No. 1 son and me. No. 2 son is on the other side of Switzerland and his wife comes from even further away in Germany, so we will only be seeing them later.

We gave up Christmas gifts a few years ago, but the thought counts, and of course my two grandchildren do not get forgotten. As I get older I begin to discard the attachments I have collected on my way through life. One of my hobbies is photography and on the way I have quite a collection of cameras and lens, but you can only take a photo with one camera and lens, so I began to sort it all out. I have now given one of my cameras to son No. 2 with two accompanying lens. It is a Nikon camera that I have used, and a very good one, but since buying my bigger and better camera, it has been somewhat cast aside.

On his last visit as he was leaving, I gave it to him at the last moment, but did not have so much time to explain everything. In the meanwhile the photography virus has packed him. He has the instructions and decided to go about it all quite professionally with manual applications. I have heard he is taking photos everywhere at the moment, discovering all the possibilities. Today I received the photo as above taken just  before sunrise today in his garden. He even gave me the shutter speed and the aperture f stop he applied. He said he put the camera on a surface to keep it steady for the second he needed for the photo. What a wonderful gift that photo was for Christmas. No. 2 son has a new interest.

It might not be a candle, but my day has been illuminated by this photo. 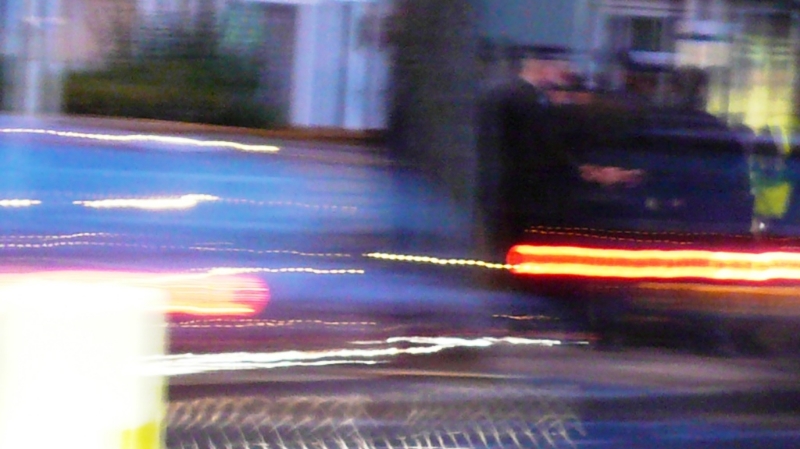 This is what happens when you want to take an action photo on a busy road in London. The police had stopped a bus and were examining a few passengers. I was on the other side of the road, and the traffic was whizzing past., but you can see a few police in the picture.

For us Swiss (or angloswiss) this evening Christmas begins with a good meal in the evening. I started my little light show on the breakfast table this morning to brighten our rainy and wet day up. No snow, but a continuous rain shower. I am surprised that the guy has not yet appeared with his big boat and collecting animals in pairs for the big journey, although my cat Tabby is still sleeping and said she is not in the mood for a journey today. She meowed she would rather stay at home on the warm blanket on the settee.

And me, I am also staying at home. I am determined to go nowhere today. I did my duty yesterday  with the shopping, but there is always somewhere something you can forget. This time it is the cola. Last week I bought 6 bottles, and now there are only 2. I do not ask how a family of 2 (we are 3 but my cola drinking is minimal) can get through 4 bottles in a few days. However, son No. 1 has volunteered for the short journey along the road to the new local store to fetch 2. I would add he is the person that drinks the most, although Mr. Swiss is not far behind. Son No. 1 will also be off to his favourite restaurant for an hour or two this afternoon where the colleagues will be having their last meeting before the Christmas festivities.

And Mr. Swiss and I have nothing planned for today, just relax and enjoy. Our festivities are a good meal and afterwards relax with the TV programme or perhaps a book.

A short greeting this morning. I decided to hug the bed half an hour longer, and was that great. I even slept on, but now time to face the realities of the day, although I will just be watching the rain come down, But wait a minute, the rain is getting thicker and believe it or not, it has begun to snow very lightly, but it is Christmas after all. Looks like the weather prophets are putting in an extra shift for Christmas.

Have a great day and all through the season. Let us just take it easy and no stress.