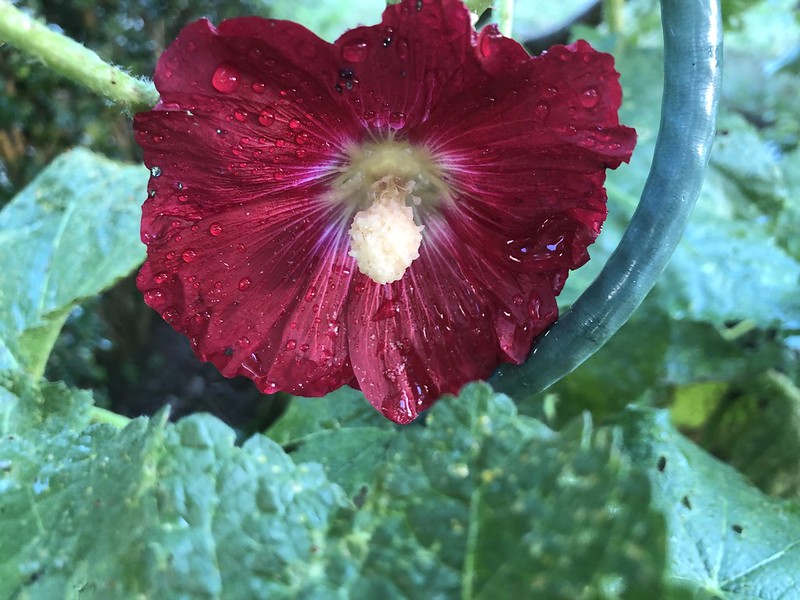 They will be back, I hope. I still have the patch in the garden with a few leaves for next year.

“Come on boys and girls, no spitting, on your best behaviour. We will steal the Christmas show from the donkeys now. They have had enough opportunity to be in the spotlight. And who said that guy rode on a donkey, it could just as well have been a llama.”

“There weren’t any llamas where that guy lived: too flat and hot. We llamas prefer it a little cooler in the fresh air of the slopes.”

“So what are we doing in the middle of town in a market Pablo?”

“Obvious Diego, the food is good, fresh hay every day and a trip up the mountain now and again.”

“Ok Pablo, so now get up and stop laying around on the floor. Be a genuine llama. No Pablo, no spitting absolutely no spitting. Donkeys so not spit. Ok just spit at each other, but not at the humans. No-one rides on a spitting llama.

“OK Diego, but I am settling down here. I don’t like those little humans that keep pulling my tail and telling me to he-haw.”

Let us keep afloat as these gulls on the local river are showing us. One has just landed and so is doing the balancing trick with wings. What are they doing here, they should be floating around on the ocean, but wait a minute. Switzerland does not have an ocean, just a few lakes here and there, and  our nearest lake is in a place called Biel, about 20 minutes by train or road, so the gulls make do with what they have and float on the rivers until Spring arrives again. Then they depart again for the sea. 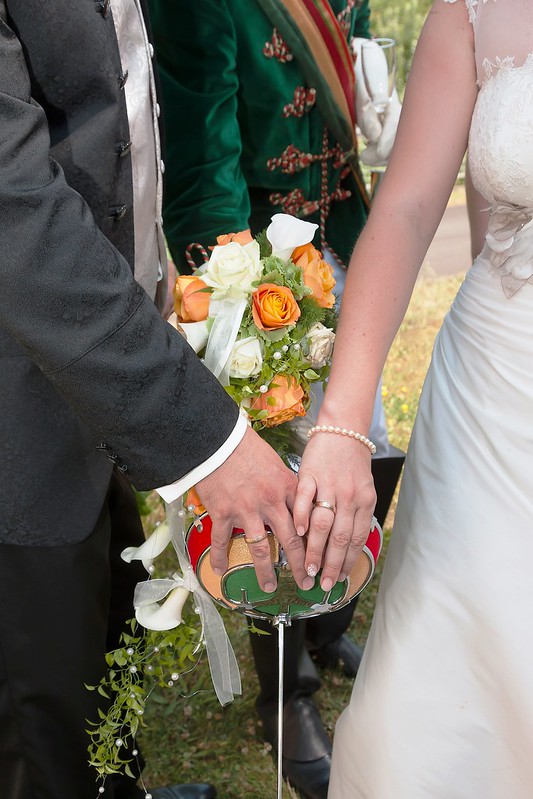 Hands of the bride and groom 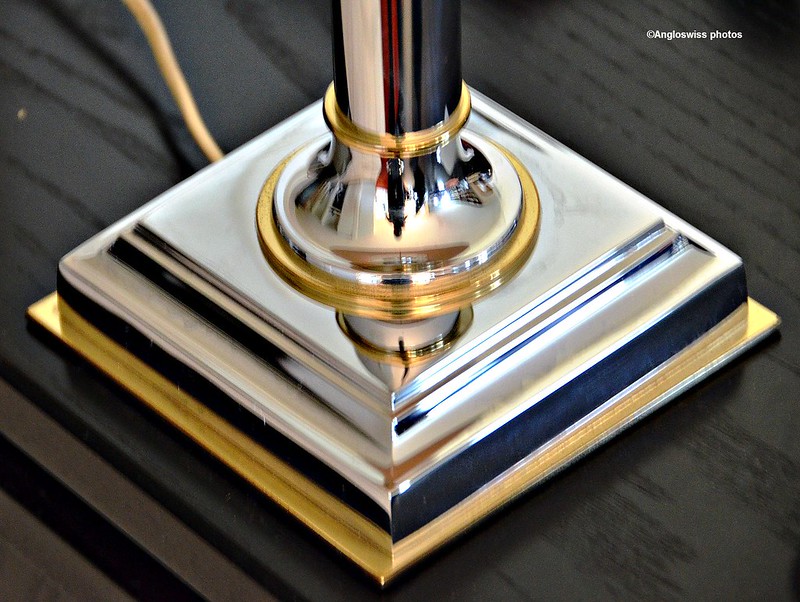 The base of our nice shiny lamp in the living room. One of our first purchases when we got married.

Today is another dull rainy day, so forget about a morning sky. I almost gave up yesterday to go anywhere as it was still raining at lunch time. However, after an hour’s midday sleep after dinner Mr. Swiss said the sun is shining. I was so glad as I really wanted to have a wheelie through the Christmas market in our local town. At first the sun was a little hesitant, hiding behind a few clouds, but in the middle of the afternoon the clouds began to go and gradually stop hanging over the mountains.

As I entered town I realised there were more people than usual and they were all moving in the same direction, over the bridge of our River Aare.

The reason was fairly obvious and the banks of the river were lined with market stands, so I decided to join them.

It was the usual handcrafted articles on sale.

Some handcrafts were also being demonstrated. These wood carvings were quite interesting.

And the guy was also demonstrating the production. Here he seemed to be carving a tree.

There was also a guy demonstrating glass blowing. I was not sure if he was actually blind or wearing special glasses for protection again the flames.

After more than an hour wandering around and taking photos, I decided to go homeward bound. The weather was still good although my hands began to freeze a little as I approached home. I fogot my gloves.

I noticed there were quite a few gulls flying around in town, but it is the time of the year. They go where there is food and somehow prefer to fly inland in Winter. Our cathedral was looking good in the sunlight.

There was only Mr. Swiss and I at home in the evening as No. 1 son was at the annual Christmas Jam. About 4 music beat groups get together in a restaurant and there is a concert throughout the evening. In the good old healthy days I would probably have gone as well, but now age and health play too many negative tricks and I prefer to stay at home. No. 2 son sent a message yesterday that they will be visiting on Boxing Day bringing both my grandchildren with them, I am so looking forward to seeing my granddaughter for the first time.

Today will be the quiet before the storm as I will be shopping with the masses tomorrow. I am still working out the best time to go shopping. It will be the afternoon, but I think tomorrow there is no best time. It will be every housewife for theirself. Mr. Swiss said he would come with me, but he is no longer as mobile as he was, needs his walker and I will probably be a little quicker with the logistics.

Enjoy the week-end and may your Christmas be not so full of stress.

A farewell glimpse at the local river. It was really a beautiful afternoon.