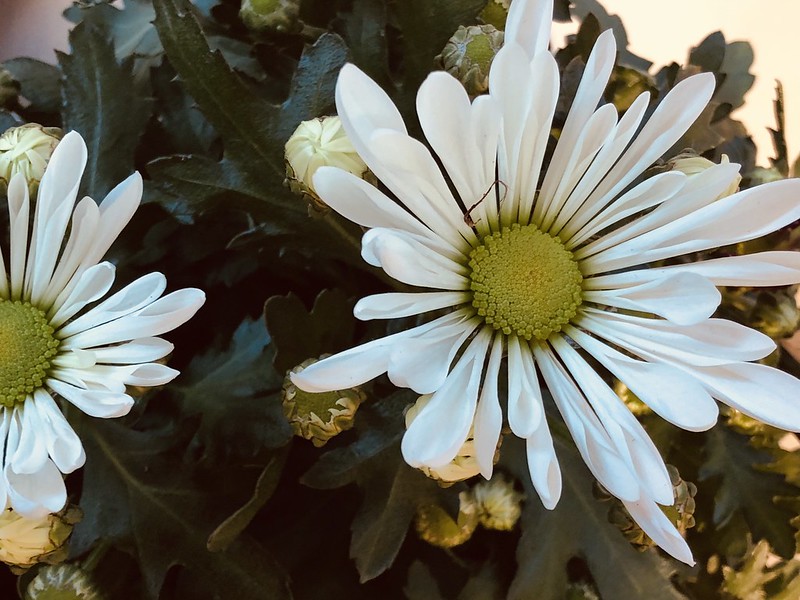 No two daisies look alike, They all have their own special features

If you break your arm you are left with a scar
It happened very rashly, I did not fall at the bar
I was out in the garden and my cat had a lead
I took a false step, trippped but did not bleed
I was off to the hospital in an ambulance
When I arrived, I hoped I had a chance
The doctor took a look, and then he shook his head
They pieced the arm together, and I had to rest in bed
And now I have a scar, something to remember
This happened a few years ago, it wasn’t in December
Some time in the summer months, my arm became quite white
People asked me what happened, they thought I had a fight
I told them it was nothing, just a tit for tat
Although they did not believe me when I said it was the cat
When you are a golden oldie you collect the scars with time
So show them with pride, it is really not a crime

Joy  – no not me. Of course I get excited and happy for something. My amaryllis already presented three flowers, and as is its habit it produced a secons stalk two days ago with the promise of more flowers. The first stalk only had three flowers, although there is no rule about it. Usually an amaryllis has four buds on a stalk, but as this seems to be something special it only produced three on the first result. Poor thing was probably exhausted after the first results.

The second stalk appeared with a mega bud stalk and it was now clear this morning there will be four flowers, although currently it was making no effort to show anything. However, this afternoon I went for a wheelie into town to visit the Christmas market and when I returned one bud was in the process of opening. So I suppose an excuse to be joyful. Ok, that will have to do for now, no good overdoing it. Perhaps I will have more a joyful feeling when the Christmas food shopping is done and I can relax for the Christmas holidays. 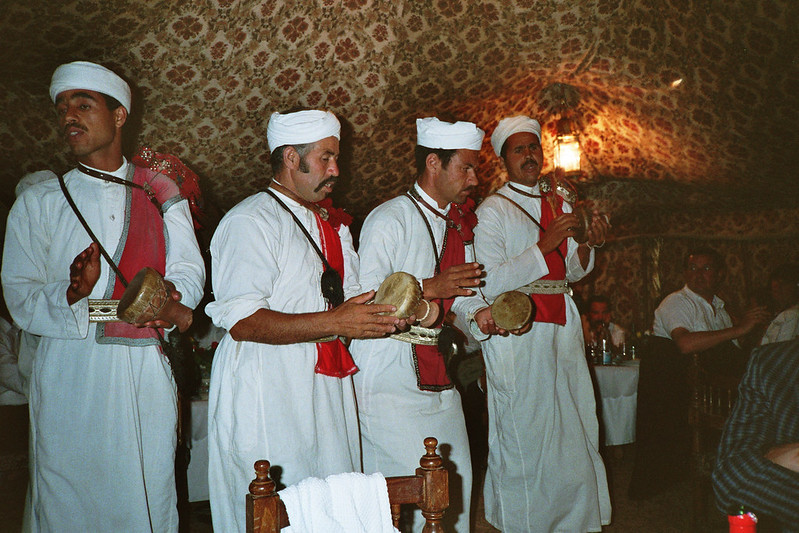 In 1990 I was in Marrakesh for a week and we were serenaded by these guys one evening whilst eating. If I remember rightly, they were quite harmonious.

Really nothing special this morning. It rained yesterday and most of the night and is still raining now. I actually was wondering whether to write something this morning. Life is just very dull at the moment. Even the birds have deserted me: a short visit from the magpie

and that was all. Of course there were the usual sparrow swarm, but even they are now sitting in the trees.

I got a shot from my front garden of the Jura wrapped in clouds and even the red light of the local railway was flickering on and off as the train was passing through.

Yesterday I ventured to the store for the week-end shopping and perhaps to pick up some stuff for Christmas. That was not such a good idea it seems, because the local housewife population had the same idea.  It was not really crowded, but everyone was filling up with stocks of food. It was as if famine would be breaking out immediately. The actual housewives are not such a problem on their own, even the kids digestible, but do they really have to bring grandma as well. Instead of one trolley, they are pushing two trolleys full of supplies causing a traffic jam at the cash desk.

Which reminds me, our supermarket now has new trolleys. As they were in the usual colours of orange and black at first I did not realise it. However, they are bigger: not wider, but taller and deeper. I have long arms, but even for me I found it inconvenient getting the goods out as you have to bend more. I heard the same complaint everywhere, especially from the smaller varieties of humans. Again the question why change it? I am used to my computer being “improved” constantly, but not supermarket trolleys.

And so I battled my way through it all. I bought two small cream cakes for Mr. Swiss and myself which were in a plastic small box with a transparent plastic lid. They tipped over on their way to the bottom of the supermarket trolley and looked more like cream sludge with chocolat stains by the time I got to the till. However, the lady said she would charge them but I should just quickly re-enter the food department as I left and choose two new ones, which I found very good, and carried out the instructions, so Mr. Swiss an I enjoyed our desert yesterday with no problem. I am hoping that Monday will not be so much stress. What more do the housewives want to buy.

And now I will leave you and close my computer. My morning greeting is done and I will now greet my apartment with a cleaning programme. Mr. Swiss is already busy with the duster in the bedroom it seems.

Have a quiet restful day and remember, beware of pre-Christmas shoppers, they can be quite possessive.