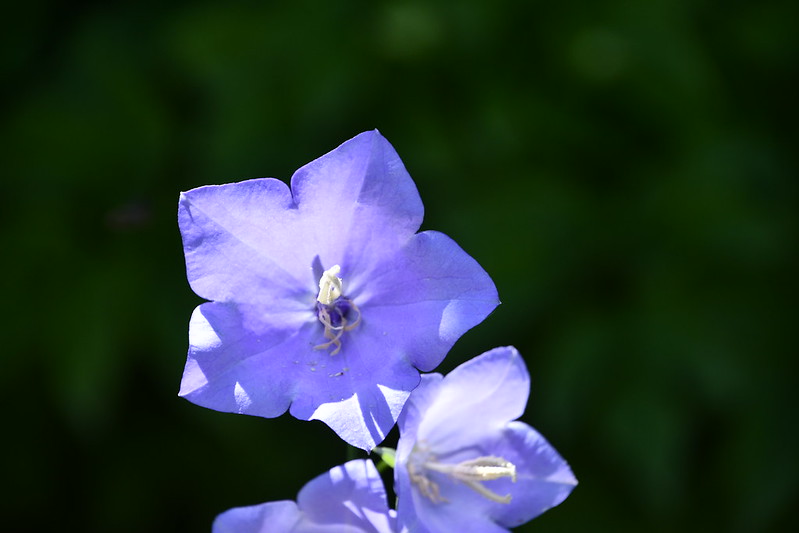 Caught in the sun rays 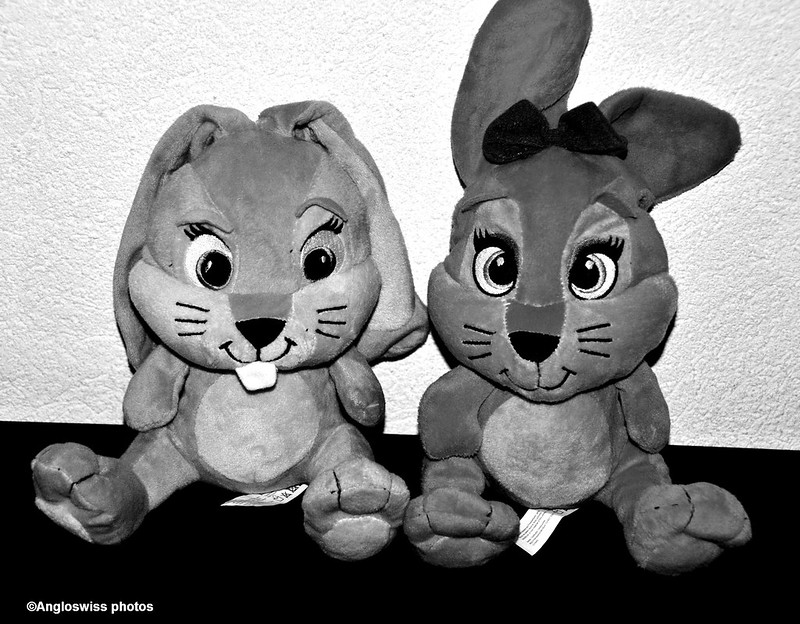 Two bunnies waiting for next Easter 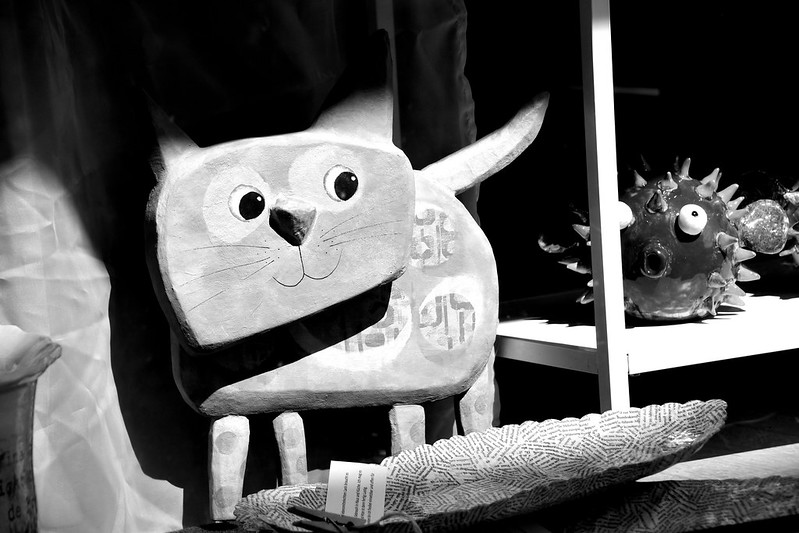 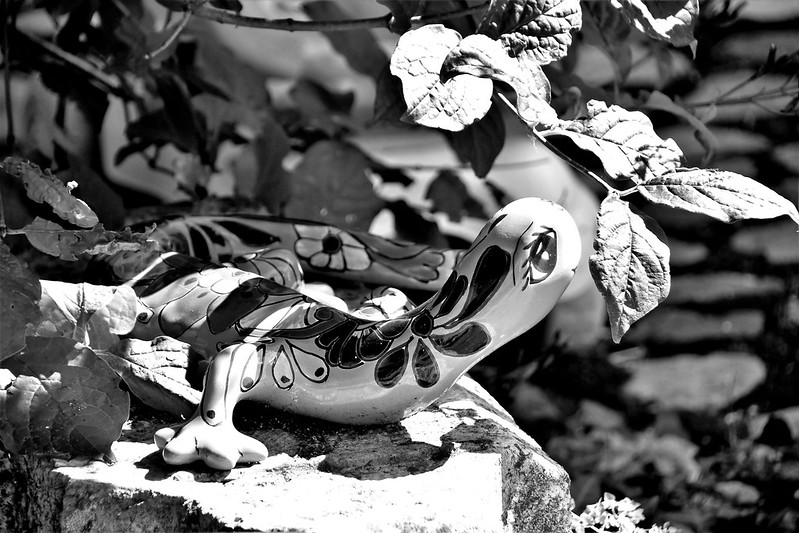 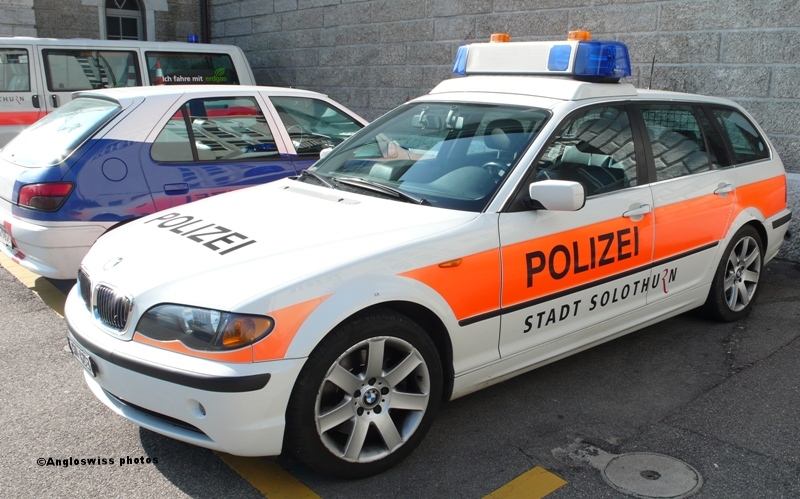 There is a first for everything I suppose and today, at the age of 73, I had one. I was on my way home in the car and suddenly I heard the persistent  “doo-dah” tones of a police car.  I have been driving for almost 40 years and this was the first time I had heard the sudden sound of a police car, but where was it?

I looked in the mirror and it was not behind me, it was not approaching me but the sound was constant and getting closer. And then I saw it approaching from behind, how sly.  Now I could see it with lights flashing and the horn sound getting nearer. What shall I do? My instructions were from the days when I was learning for the theory examination for drivers. First thing make a path for the police car so I drew over to the right side of the road and even stopped as then it whizzed past on its way to the address that was its destination. I turned the corner in the road and the police were still in front, but as they were travelling at a higher speed they were much further.

It was really the first time that I had been confronted with this situation and I survived, so did my car. These things are sent to prove us I am sure.

All I can say is do not get too near to the computer, you might get burnt.

Our dentist has a screen on the wall that changes the pictures constantly. This time the picture was fixed and it was this fire. Whilst I was waiting I decided to take a few photos and this one is of the burning fire on the screen. The photo is by me, but I did not make the film. Anyhow it is flourishing away and keeping all the patients nice and warm in the surgery.

Afterwards I paid a visit to the tooth hygiene lady for a removal of some tartar that she found and a general polishing up. I must say when she was finished I had the feeling that my mouth resembled a quarry. Actually she praised me for the care I pay to my teeth. I am a golden oldie and am pleased to say that my own teeth are still present, with a few added bits and pieces over the years and naturally the famous fillings. I have one false tooth, a so called pivot tooth, and have had it for at least 55 years. It has become part of me. And what else does a senior citizen have to do all day, clean your teeth of course.

And now the most painful part follows, when I get the bill for the work carried out. 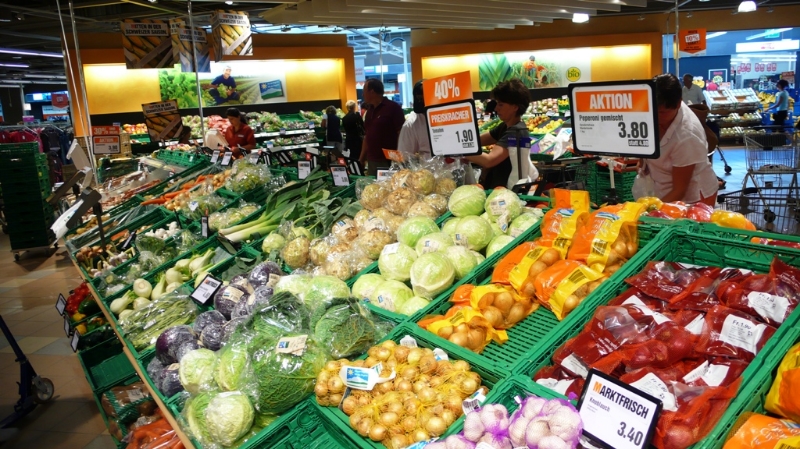 The local supermarket offers many varieties of  vegetables.

This morning we have again grey skies and it is raining. Yesterday was something completely different, so I though I would show one of my better photos. The photos yesterday did not do credit to the wonderful sunrise as it was only with my telephone camera, but I also took a couple with my Nikon camera and got the better quality of course. It was really like this. Even our news reported that we were having wonderful sunrises in the morning. It was also quite sunny yesterday, although cold.

I was again shopping in the afternoon. The supermarket is now completely in the Christmas spirit of things with its decorations everywhere. Even the advent wreaths are now half price. Perhaps I should have waited a week before buying mine, but the idea is that you light them on the first Sunday in advent, so that would have been too late.

By the way I am having problems with my connections this morning, although I do not think it is a WordPress problem, but more a local thing, so if I suddenly disappear, blame it on the computer.

Today is again day of the clean linen on the beds, and I have already began with the new covers on the duvet and cushions and the rest will follow later. I also got a delivery of my MS medicine for the next 3 months, meaning unpacking and dealing with the cardboard boxes and various plastic packing. I think I have now spent enough energy for the day.

Yesterday I got one of those action photos as the crow flew off . As it is now the Christmas season Mr. Swiss decided we should again have some walnuts at home, so I bought a packet yesterday. I had the idea of giving my crows a couple in the morning. They are quite clever and I had visions of Mr. Crow hammering the nut on the ground with his beak until the shell was broken. However, nothing of the sort. Mr. Crow is clever and flew off with his walnuts to crack them open in his own space somewhere.

And of course the sparrows are here as always. They seem to take over as far as food supplies are concerned.

I have my dental appointment this afternoon. I am not really bothered about the treatment, it is just my annual cleanup and nothing really painful, although she does like to scrap away on the surface with her drills, but it is again the time I need to get to town, hobble to the practice with my walker and drive home afterwards. I would rather sit comfortably in my chair at home or take half an hour longer midday sleep.

An now I will depart to finished the bed making with all the attached cleaning under the bed. I hope your day is a little less stressful than mine. I am now off and leave you with the supermarket Christmas tree. Yesterday it was fully illuminated, although during the daylight hours you do not see it so well.