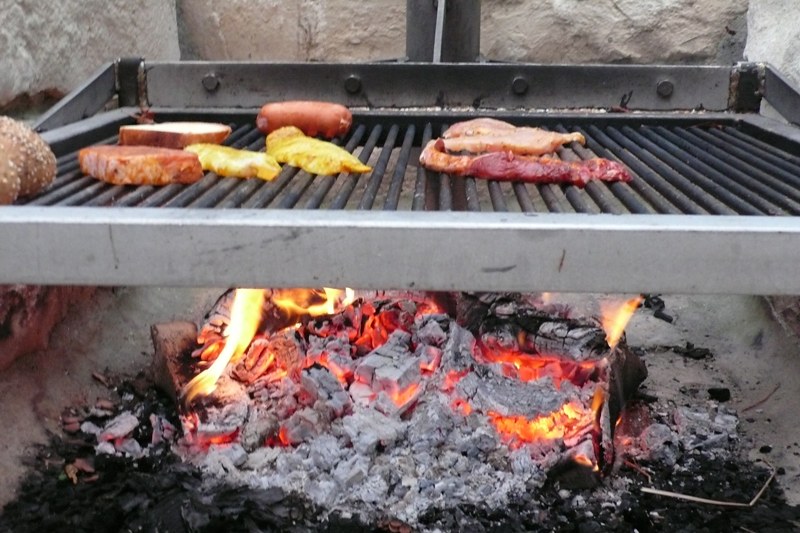 Just to put it straight, this is not my barbeque. It was on the occasion of one of our local meetings of our village first aid group.

When we moved to our little village in the Swiss outback Mr. Swiss decided we could now have a barbeque for the garden. Of course I agreed, but we really did not want a professional construction for roasting pigs or even cows on a spit. Just a concentrated glow for heating our sausages or steaks. We decided on something electric: just plug it in, let it get hot and roast whatever you had. Gas bottles were not our thing, as no-one was interested in hauling them to the grill and returning them to the shop when empty.

I was looking forward to Sunday dinners from the grill. I heard that grilling was a man thing which pleased me even more.

However, how wrong can you be. I had prepared our meat with spices etc and Mr. Swiss plugged in the grill. Then he retired, waiting for the finished product. My first mistake. The grill is not a man thing, at least in our home. And so the first barbeque meal  was cooked, by me. I was also the person that cleaned the grill afterwards and freed it from the fat residue and burnt offerings that were left.

Needless to say the barbeque eventually disappeared in the cellar, never to be used again after a couple of months. That was 20 years ago. We now just savour the smells from the neighbours and see the smoke screens arising from some of their amateur efforts. 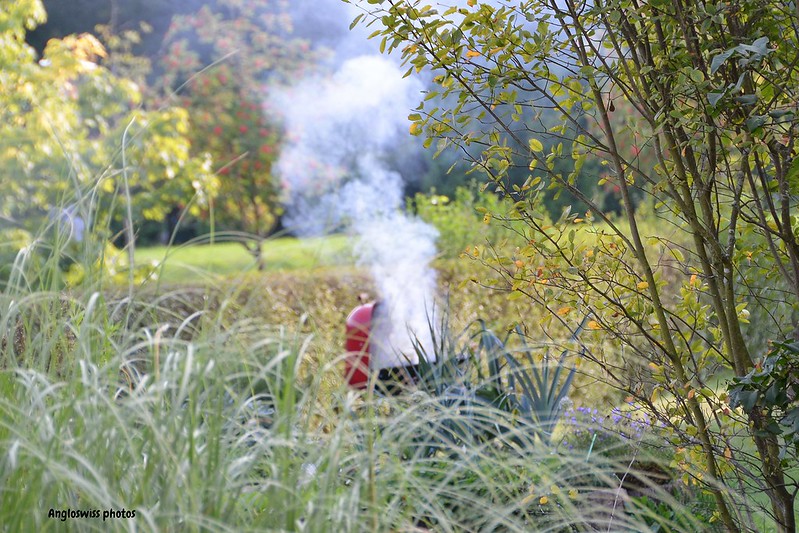 This was the first attempt of one of our neighbours. We was not sure if it was smoke signals to summon any Indians that might be around, or whether it as the preparation for her first grilled meal. This was two years ago and since that time we have not seen her bar-b-q. It has probably met the same fate as ours.

2 thoughts on “FOWC with Fandango: Barbecue”