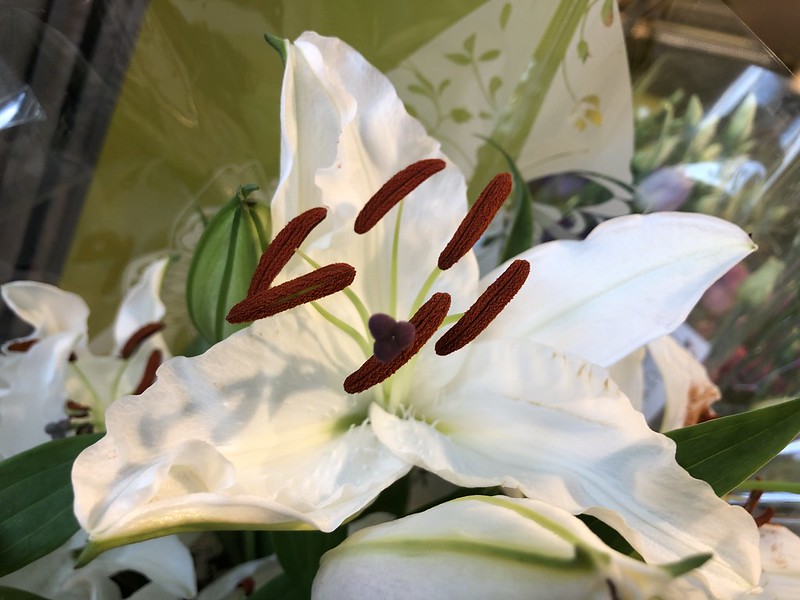 Lilies are always good for a spectacular appearance. 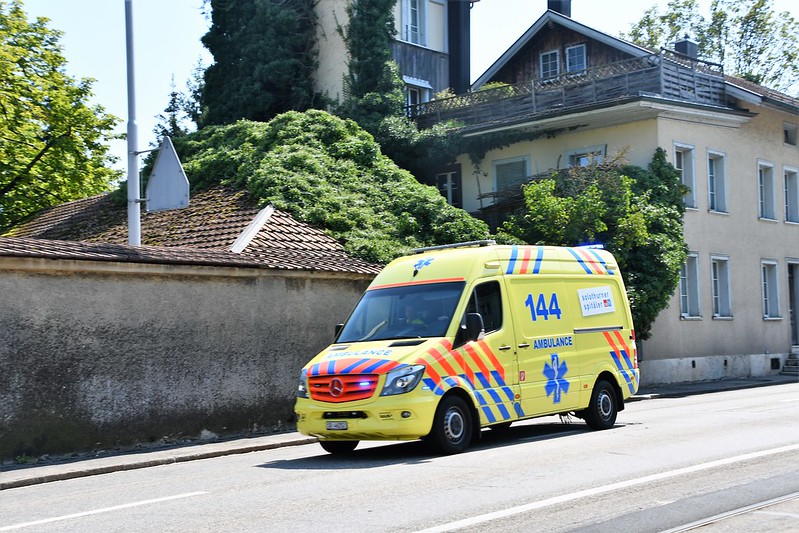 My trips are no longer nice excursions to unknown far away places, but have now been reduced to a chauffeur driving van to the local hospital. The word “trip” now has another meaning, fall, and usually take place if I happen to get my foot caught into an immovable object with the result that gravity takes over and the object offers resistance.

It is amazing how you get to know the routine. You fall and cannot get up and then you call the ambulance. I must say the guys that arrive with the ambulance, also ladies, are well equipped and with one grip you are lifted back on your feet again. Perhaps you have had a lucky trip and nothing is broken or injured. If you are unlucky, you remain down and get a ride in the ambulance, spending a few days in hospital getting things repaired again: almost a holiday. It is just like a 5 star hotel. It might cost a little more, but the insurance pays and you get a 24 hour service.

My last real trip was when I visited my dad in England, but that was a few years ago. 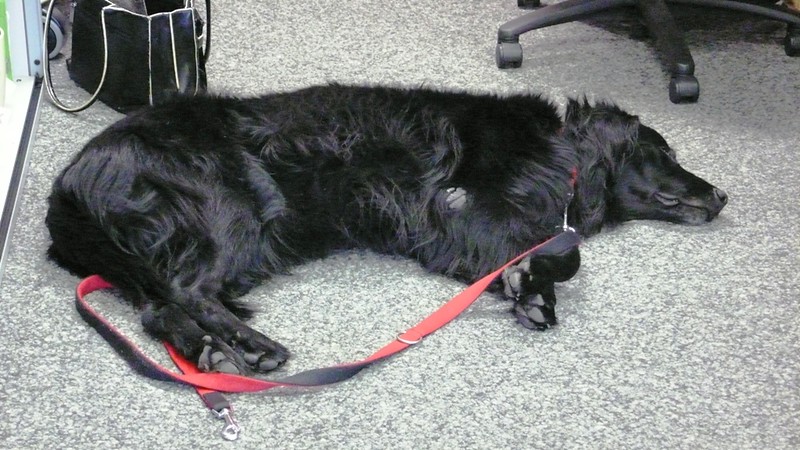 We all get knackered at some time or another
It might be a sister, brother or mother
Even the dog has to rest on the paws
Sleep is one of the most common laws
Today after dinner I was feeling so tired
After three hours of sleep my need had expired
The weather is dull and its raining outside
shall I go back to bed or shall I abide
If I were a dog, or even a cat
I would sink on the ground just sleeping like that
But it is time to be awake and go into actions
So let us persevere and maintain our reactions 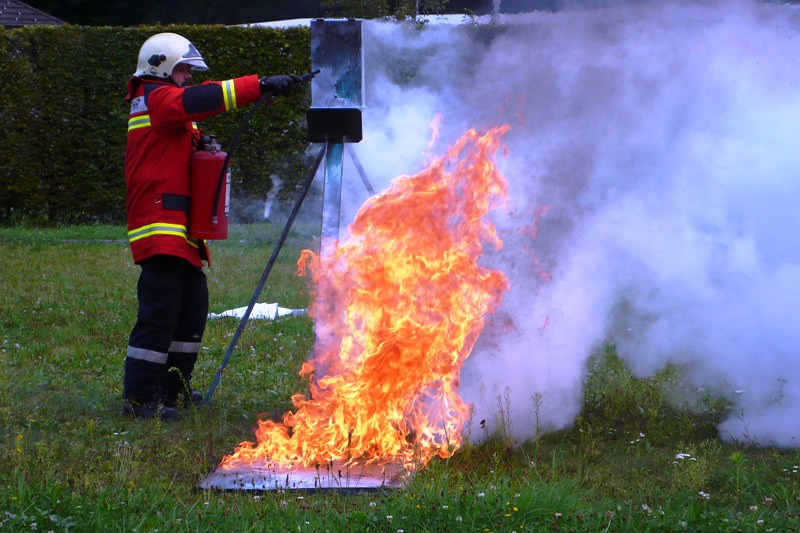 I even surprised myself by finding this photo of fire in my collection. It was some years ago when I was still a member of the village first aid group and we had a meeting to watch a demonstration of how our village fire brigade extinguishes fires. First of all they had to make a fire and I was there with my camera to capture it all. 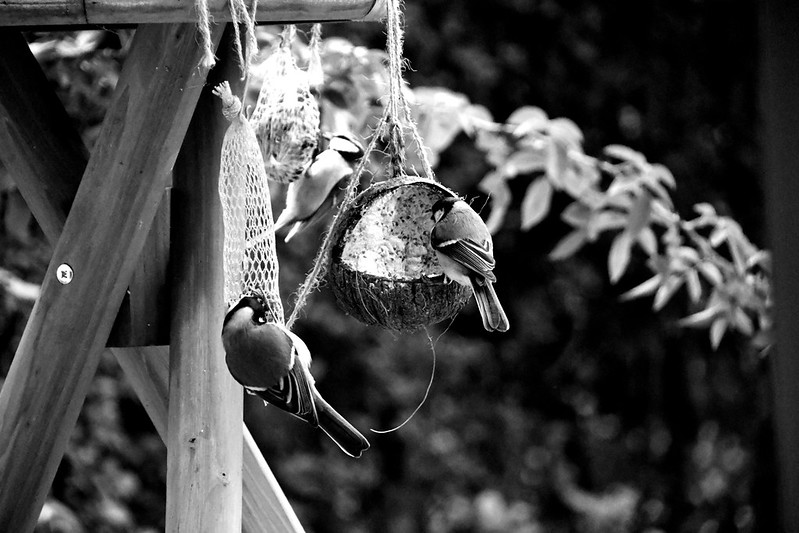 A mixture of Blue tits in black and white

I did it, I arrived, although it was definitely not smooth runnings. Being Sunday I treated myself to half an hour longer hugging the bed, the first mistake: but what’s half an hour, just 30 minutes of the time I could use for other things, like getting everything ready for a relaxed breakfast. Second mistake was I decided to empty the garbage can in the kitchen. I had forgotten to get new 60 litre bags and had to wait a little longer to transfer it into the big bag. I bought them yesterday and as I was removing the garbage from the kitchen the bag fastener broke apart and the whole thing was fixed in the can. I pulled it out, but also dislodged the bag holder and needed 15 minutes to put it in place again. That is not an easy job.

Afterwards I moved on to feeding the birds, the big ones and the small ones. The big ones are always the first to arrive in the garden, the smaller ones perch in the trees until the big ones move on. This crow was looking at the magpies as if to say make room, it is now my turn. After filling the bird house and distributing the goodies and chopping yesterday’s bread I eventually moved to the kitchen for breakfast, But wait, not yet, I had to switch on the oven and heat it up to finish baking the half baked platt bread I had to prepare for this evening. And then I remembered to remove a frozen butter from the freezer as I forgot to buy one yesterday. I have enough fresh butter for my breakfast, but not for cooking. And now I am eventually sitting at the computer recovering from the early morning stress.

And here is my photo of the month. As you know I became a grandmother for the second time on 11th November. The Schaffhausen News, my son’s local newspaper in East Switzerland, has a feature, “button of the week” and they brought a photo of him, his wife, son and newly arrived daughter. It is a wonderful photo, taken in the clinid.  Son No. 2 said it would  be OK to show it here, otherwise we are not such a public family in that respect. However, when thousands of people in the Kanton of Schaffhausen see the photo in the newspaper, it no longer makes a big difference, so here it is. We are mighty proud of him and his family. The text is in German, the usual journalistic jargon, just a short description of the family. They are now all back home after the birth. 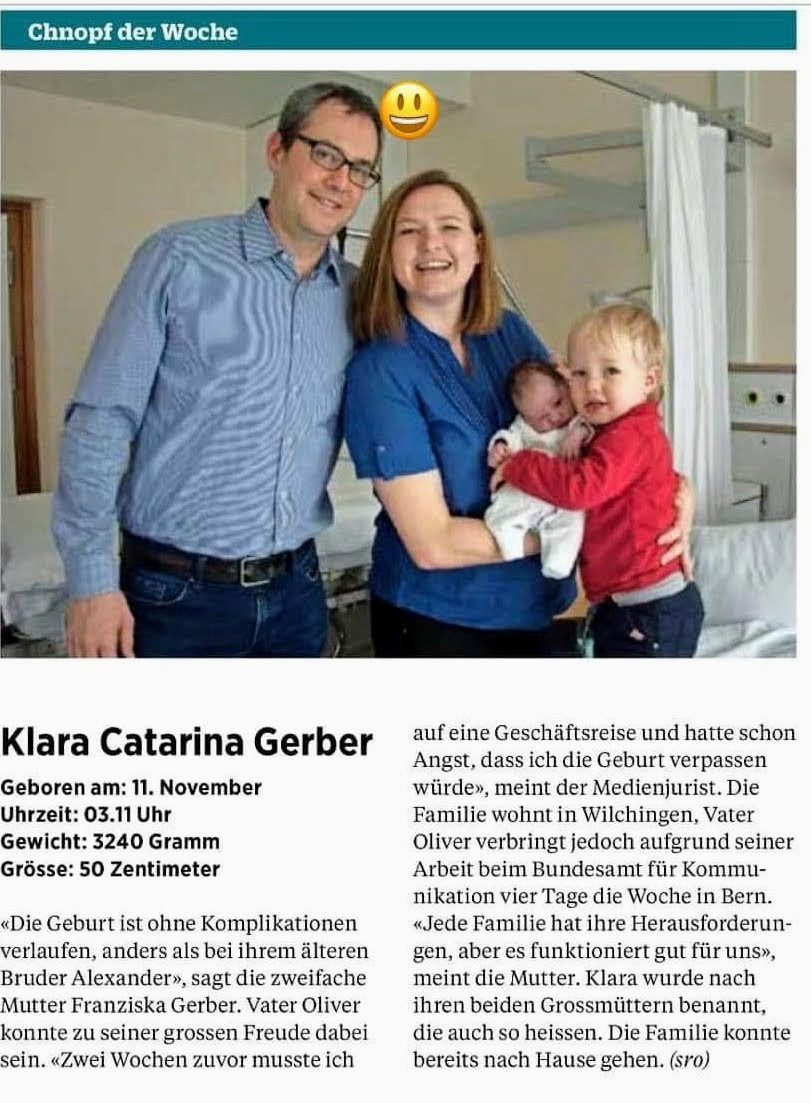 I had a few bits and pieces to get at the store yesterday. I do not like shopping on Saturday, too many people, but I had nothing better to do. I decided to treat myself to a second poinsettia. This time I got a pink one. They are really reasonable, 5.90 Swiss francs instead of 7.90 and wonderful examples: fresh and full of green and coloured leaves, so how could I resist. I now have to  be careful how I treat them. No too much water and above all no draughts. Up to now they are looking fine. 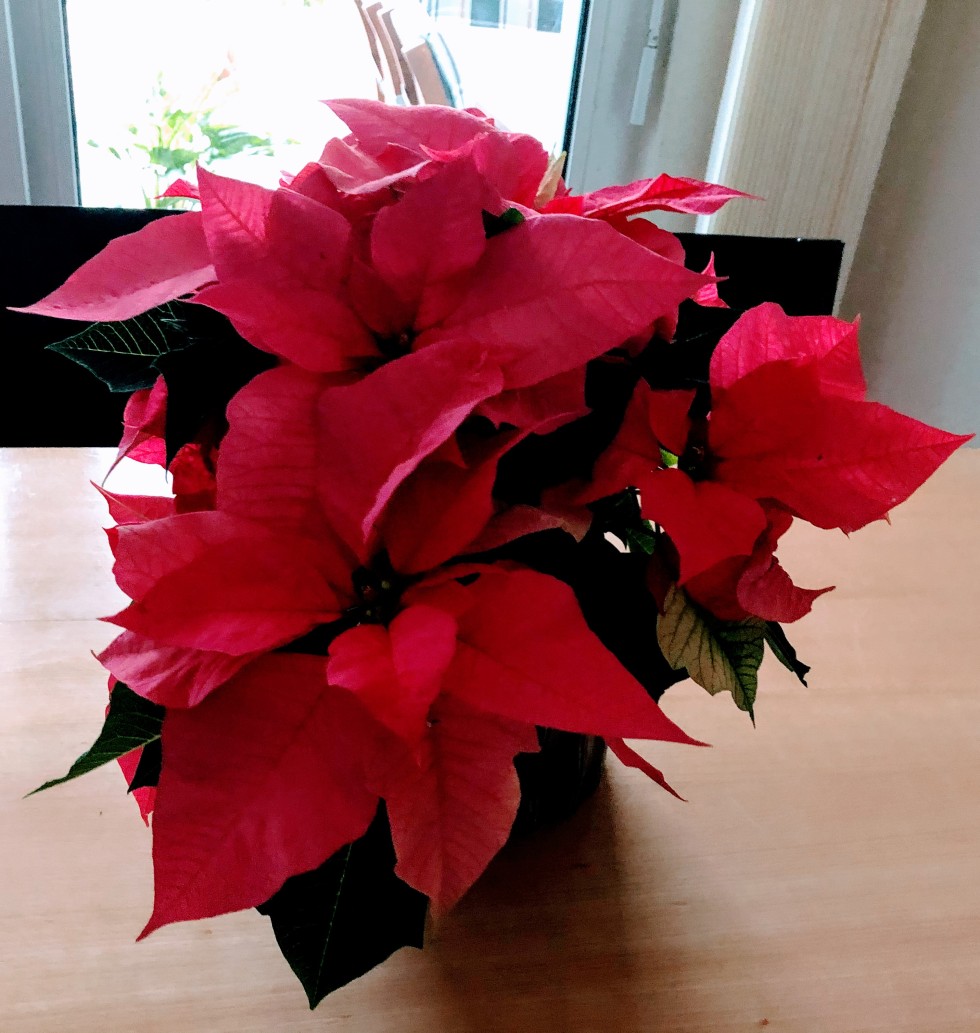 Have a good Sunday everyone, and my the sun shine now and again, otherwise enjoy the Autumn colours that surround at the moment. Except for those down under, of course, they are enjoying the first Spring flowers.