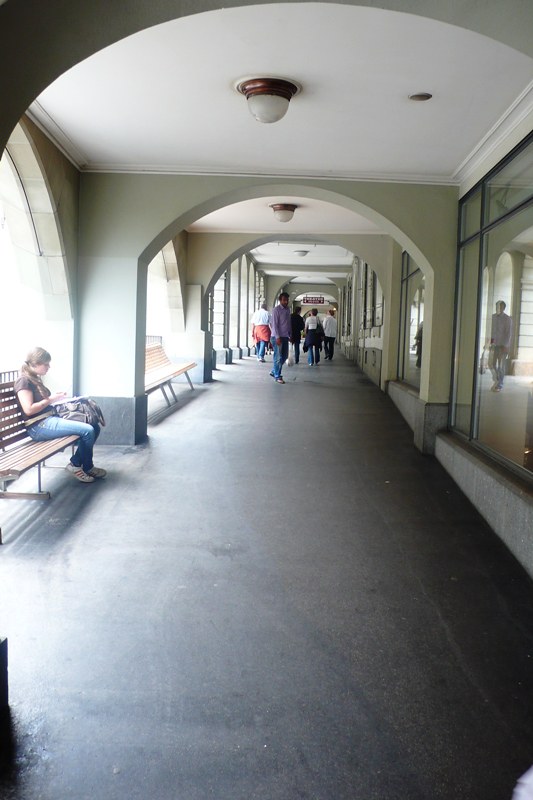 Bern, the capital town of Switzerland, is full of lobbies. It is built on a lobby system with passages leading to the entrances of the shops on the one side. On the other side there is the street. I had moved from Zürich to Solothurn and it was then my exploring of the Bernese streets began, as we have a direct train connection from Solothurn, just an hour’s journey.

I fell in love with Bern the first time I stepped out of the train with its many passages. Everything was sheltered. Who cares if it rains, you never get wet and do not even need an umbrella. Sometimes the passages are half empty and in the thick of the shopping centre, they can get quite crowded. 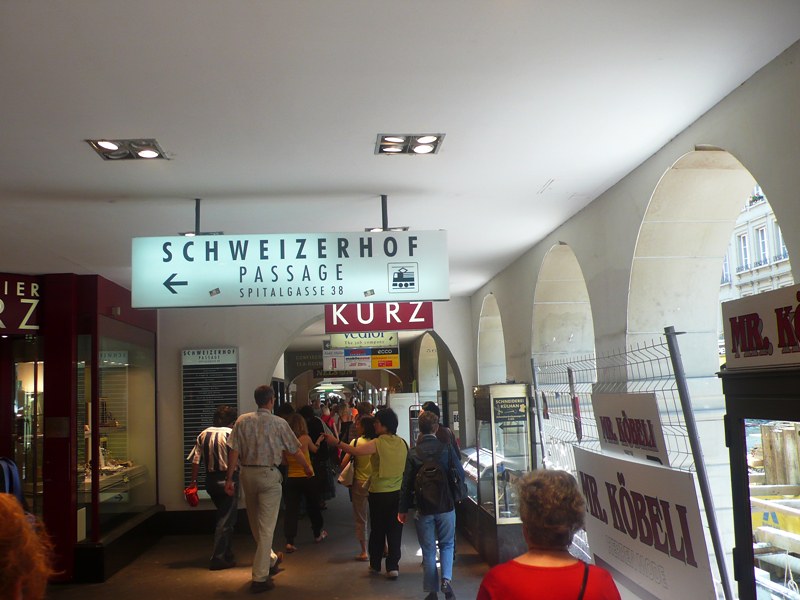 But who cares, the lobby style with its passages everywhere remains the same. It has nothing to do with politics, it is just the street style. I discovered that there are a few towns in the Kanton of Bern with a similar style.

After my love for Bern, I had another love. I met a Swiss guy and fell in love with him as well, just a little more than Bern and we are still together after 50 years. Now and again we would visit Bern for a shopping trip, or just sighseeing. In our golden oldie years we no longer travel so much, but have many good memories of the town 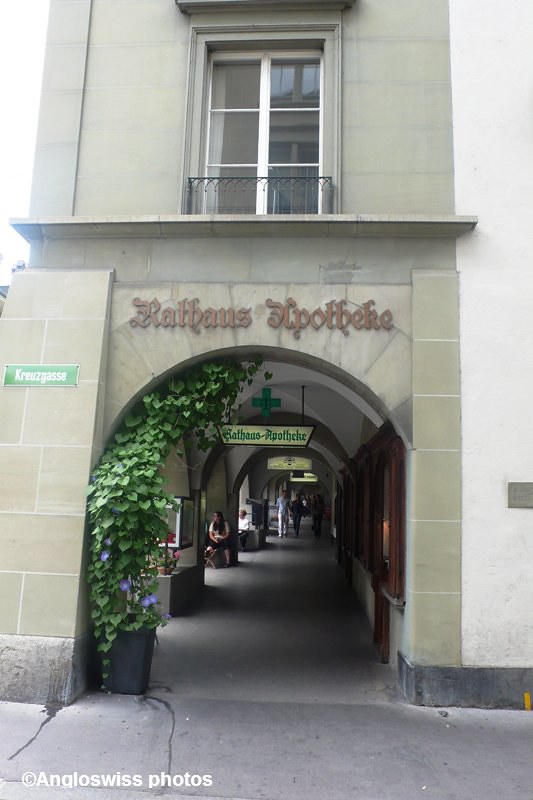