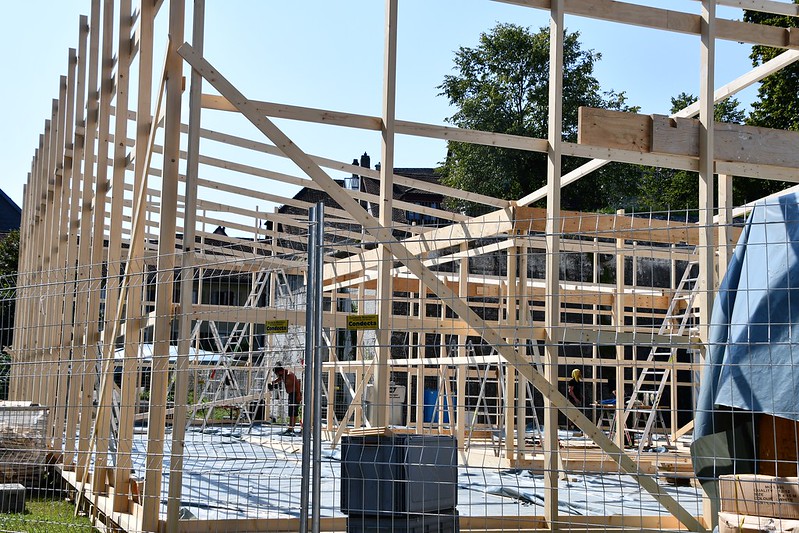 You never know what you are going to get at our annual trade fair HESO when they begin to build at the end of August. The fair doesn’t open its doors for the public until the end of September, so you know it will be a long building process. This year it began wih the wooden framework 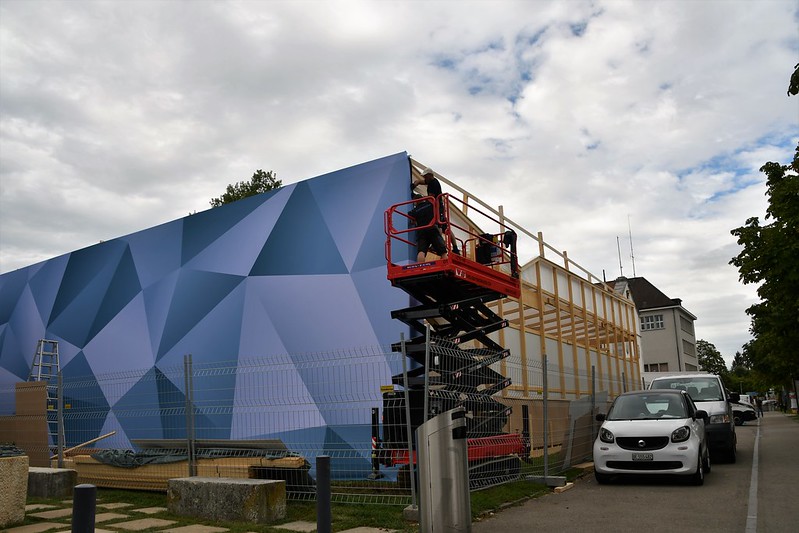 And after a couple of weeks we were beginning to see some colour in the architectural construction work. 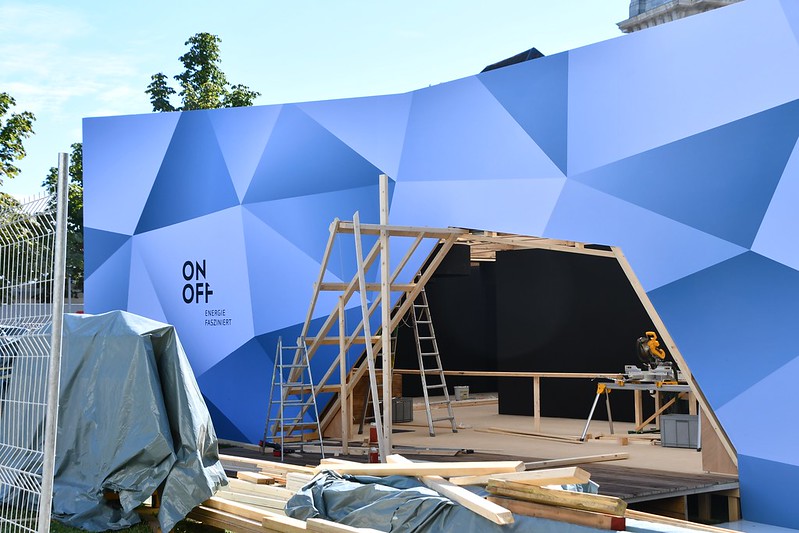 And this was almost the finished product. Afterwards it became a hall featuring Energy: On Off. When this pavillion was completed it was open for the public and a week later it was demolished. There are some architectural works that are just not meant to last forever I suppose.