Basically I would be late, but late for what? Who cares what a golden oldie has for a timetable. Only those that have made appointments and are waiting for you to arrive. Today I have no appointments, neither does Mr. Swiss. If I go shopping this afternoon, it is voluntary. No-one is forcing me to go. If I stay at home at read a book or just sleep it means that there will be a few things missing from the menu plan. There we have it. You cannot escape certain obligations. The word plan gives it all away.

Even Mr. Crow is already sitting on the roof opposite and looking down at my garden. “Where is she” probably thinking “she’s late this morning and my breakfast has not yet been presented”. Breakfast consists of chopped up bread, the remainders of the day  before. I know, we should not do it, but I do. I get so many telling me, advising me, that it is too early to feed the birds. “Wait until the weather gets colder” is the idea. I am not really sure that the birds agree. At the moment they are eating a birdhouse full daily. In the morning I fill it up again. This morning as I was taking the bread to Mr. Crow I dropped a small piece just outside my window. That would be too close to me to attract the birds, but I left it on the ground. I have a bowl of water for my cat outside and the sparrows often take a drink from it. Next to the bowl was the dropped piece of bread. What did I see? Yes, a sparrow hopped over, picked it up in its beak and flew off to enjoy its meal.

Otherwise it was really a quiet day yesterday. The cleaning lady did her work and I was at home during the afternoon with my computer and Mr. Swiss. I had a few online payments to make and a couple of telephone calls. No. 1 son and I took the empty bottles and metal to the recycling depot in the village and that was that. The excitement of a golden oldie. 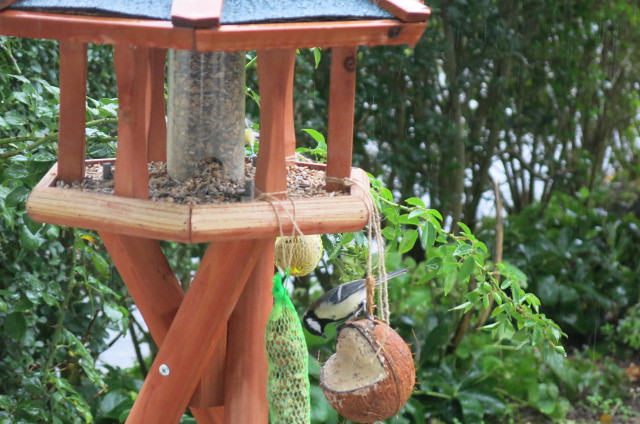 And now to move on to the daily routine. Mr. Swiss asks why I clean every morning, but it is proabably in the genes of a woman to clean. If I do not do it something is missing and it does not take so long. I remember the days when I was a working woman and there were always things I wanted to do and had no time for. I suppose it is now compensation. I also have a shopping list to create.

So have a good day everyone, and make the most of it. 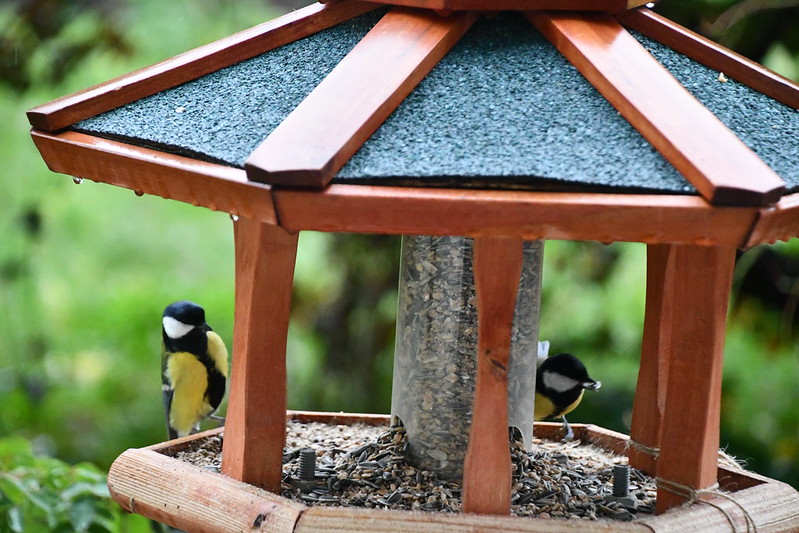