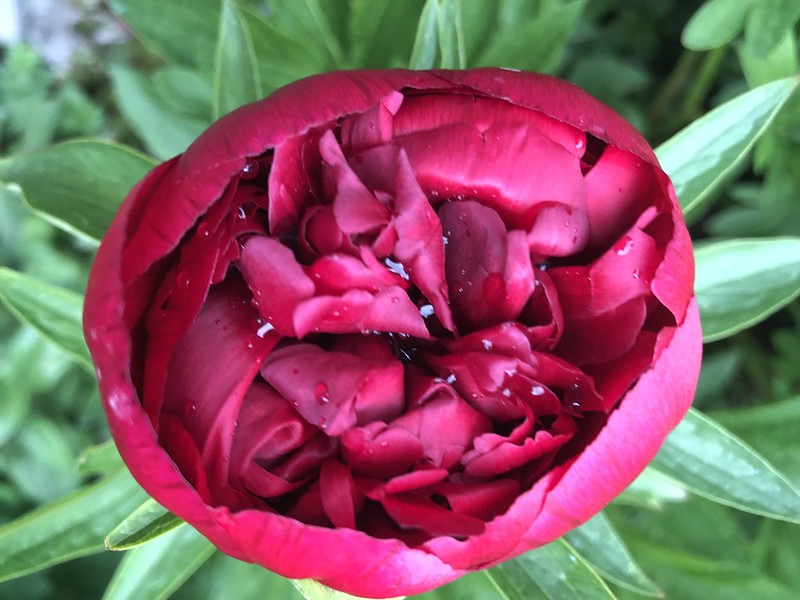 And it was thinking about opening up to discover its purpose in life.

On my travels my car I have to park now and again and this time I was in the underground car park. Naturally I always have my phone with me and that has a camera. I then saw this wall painting with a row of walking elephants, naturally equipped with tusks. It had been painted by one of our school classes and in the bottom lefthand corner you can see the white shield where the names of the painters were noted and the class, also the date. Of course this was not real ivory. 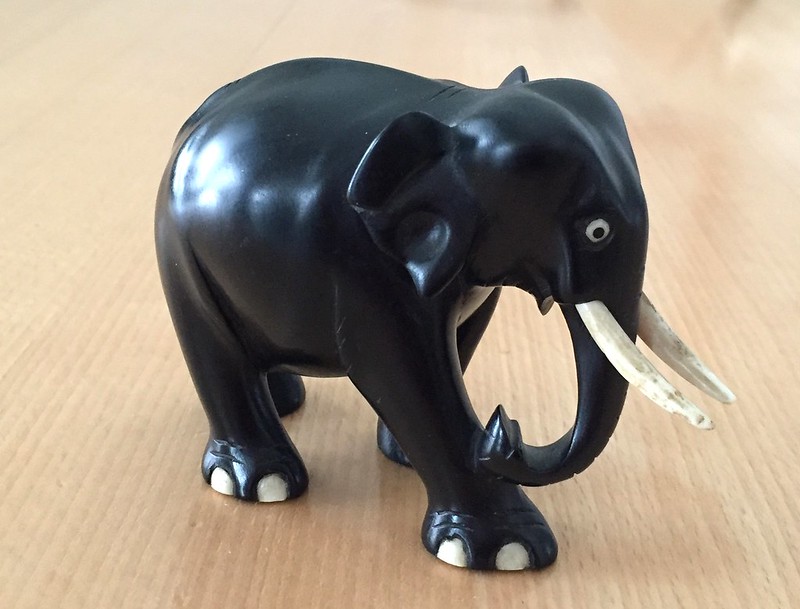 But then I remembered this little guy. He sits on our bookcase and is made of ebony wood and the tusks, yes, they are genuine ivory. It is probably almost 100 years old and was a gift from my father-in-law for his wife. Mr. Swiss said he brought it home from Geneva when he was a boy. One day we might have it valued, but it has been in the family for so many years and it will stay.

My birds now have it cushy. Up to now they have been feeding from the ground. Mr. Swiss found it was too early for a laid table at the restaurant Birdhouse. I again begged to differ. Not wanting a political discussion about being too early or late, I again did my own thing and spread the birdseed on the ground in an appropriate place with some oatflakes. I also hung up a filled coconut with seeds embedded in fat for those that prefer to peck whilst hovering.

Unfortunately the coconut became a source of disagreement amongst the birds as they all wanted to peck and there was only room for one at a time.

Today I decided now was the time and the birdhouse is now standing thanks to No. 1 son who fetched it from the cellar: naturally in front of the window so that I can take photos at leisure not disturbing the birds whilst feeding. Now it is a:matter of wait and see what happens. Funny I noticed that our birds are the fattest birds in the area, I wonder why? 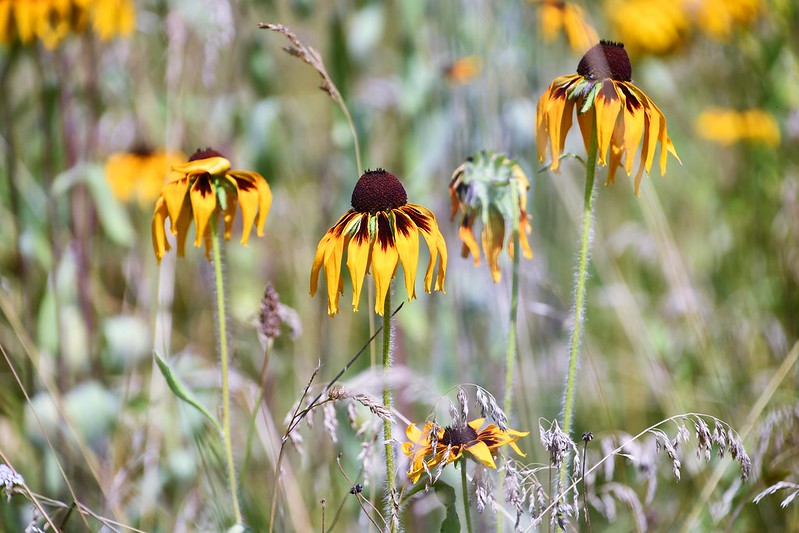 We had a mild Autumn but there comes a time when the flowers have to resign to their fate and the petals begin to drop and discolour.

There is someone observing you

It’s raining. Yesterday it was damp all day, but not really raining, but this morning it is wet, wet, wet. Not a downpour, but a steady drizzle: luckily I do not intent going anywhere in particular. I took a wheelie around the area yesterday and met a few surprises.

The chickens have returned, although they did not really go away. The stables, where they have a chicken farm as a side line, have at last moved their chicken run to an easier, nearer place, meaning I can now get close enough for a few photos. It is still on a stony path and means a slightly bumpy ride in my wheelchair, but once I get used to making the journey it will be no big problem. I got close enough yesterday to watch the chickens entering a leaving their mobile chicken home

This one even managed to break out through the wire fence around the second chicken house so I managed to get a nice clear picture. The top chicken house used to be the only one and I often saw the chickens taking a food walk. In the meanwhile the owners had let the weeds grow and it was difficult to see the chickens, if they were there. The high plants have now died down and visibility is much better for my camera. I know that many of us might have grown up with seeing chickens every day, and it is nothing special, but for me it still is. In London we did not often see a chicken, although I do remember when I was a kid that our neighbours had a small chicken run in their garden. It was probably a remainder of the olden days when people were not so wealthy and saved where they could. At least they always had fresh eggs, and even a nice Christmas dinner.  When I was a kid the big treat on Christmas day was a chicken dinner. Turkeys were something special and only for those that could afford them.

The pony from the stables was also outside having a munch at the grass. Actually it was a very good excursion yesterday with plenty to see. Through the summer the animals seemed to have been kept inside or in distant places, probably because of the heat. Yesterday they were all out enjoying the fresh air.

I also included Autumn on my wheelie and noticed that the leaves were no beginning to fall quite rapidly. I even manage to catch a few on camera as they were falling. It was really a wonderful excursion yesterday. I made myself a reminder to dig out my gloves for the next time, there is definitely a cooler wind now blowing.

As it was All Souls Day, I made an excursion to the local cemetery to see if there was any action. Last year there was an open air service and music, but then it was a sunny day. This year there were the usual crowds visiting their departed and otherwise it was all happening in the newly renovated funeral hall. I could not visit as I was in my wheelchair and would have about 20 steps to overcome, which was not possible.

I wheeled on and happened to meet one of the neighbours on the way, so we had a little chat together. Eventually I arrived home and discovered I had actually more than 100 photos on my camera, so spent the best part of the evening uploading them onto my computer.

No. 1 son also arrived home safely from his day in Zürich and I was glad to see he managed to buy the forgotten shopping articles from the day before. Now I really do not have to go anywhere until next Monday and can take it easy at home or go for an excursion with my camera.

I managed a photo of our cathedral from the town of Solothurn, just along the road and even captured a bird in flight with it. Sometimes the photos have built-in surprises. So have a good Saturday and make the most of it.  I know I will. See you around on the WordPress circuit.