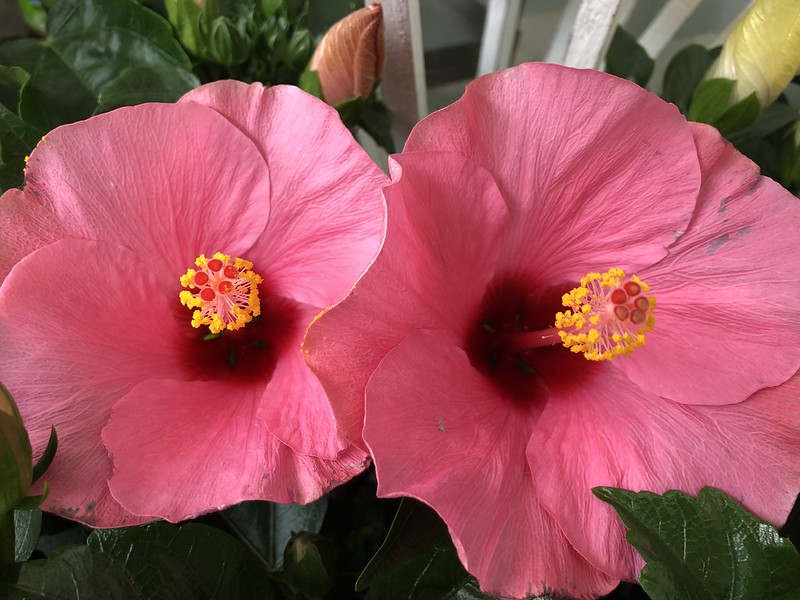 Always a beautiful glimpse whether in pot or garden. 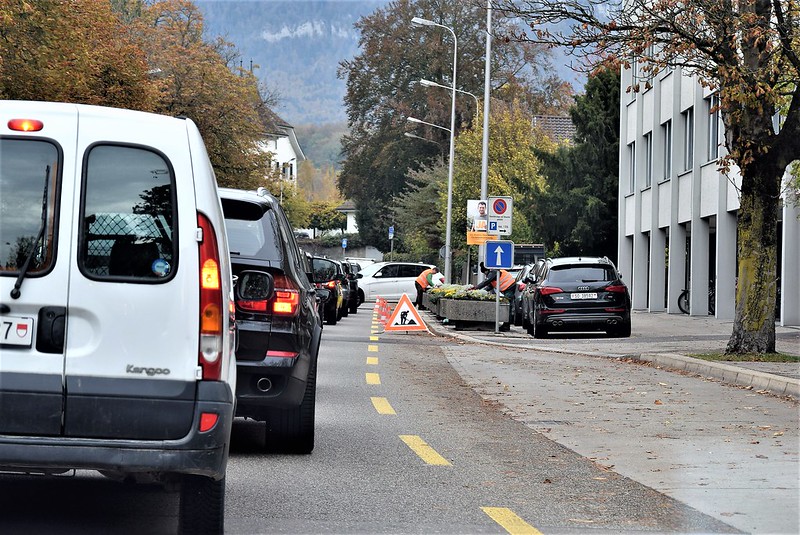 I do not mind traffic jams. I can take it easy and why rush. Driving a car is always quicker than walking and if you have a stop and go, you have time to study the scenery. I grew up in a family that did not have a car, amazing isn’t it. Dad even worked for Ford Motor Works in England, but never took a driving test. The roads in London belonged to public transport in any case I suppose.

And so at the tender age of 35 I eventually took my driving test. Mr. Swiss was the driver up to then, but I decided for some unknown reason, that I should also learn to drive. Oh, we had many ups and downs when I was learning, but after 90 driving lessons (or was it a few more) I finally took my test and passed.  Fast forward to a year ago when Mr. Swiss, at the age of almost 80, discovered that driving was no longer his thing. I had to end my comfortable life as a passenger, some time backseat driver and rethink the situation. Either we were stranded in the middle of nowhere or we had a car and driver.

I bought a new car, all mine, for I, me and myself and there I was on the road again. As I am slightly disabled with my MS I am only allowed to drive an automatic, but that is fine with me. I can only use my right foot, the left foot is only there to balance my figure I suppose. It is now almost a year and I look back on a year as the only driver in the family. My car only really knows the road to town and the supermarket, now and again to the garage or a special visit somewhere. Rapid is something I notice when the road is clear and I might push the accelerator more than I should, but we all have those moments of perpetuum mobile. I have one of those modern cars that peeps every time you happen to be too near to another object.

And so enjoy your traffic jams, make the most of them, the light will eventually change to green. 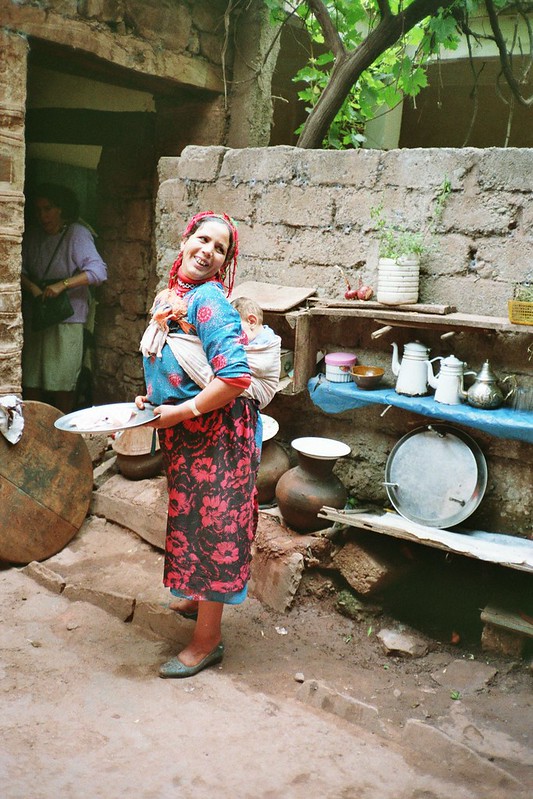 A small village in the Atlas Mountains in Morocco, just outside of Marrakesh. The wife of the village chieftain welcomes us with her baby. It was a constant hug. Not the sort of hug we know in our world perhaps, but a hug, contact, contentment.

Today we also carry our babies with a similar specially constructed holder. We can often learn from the others. The photo was taken in 1990. 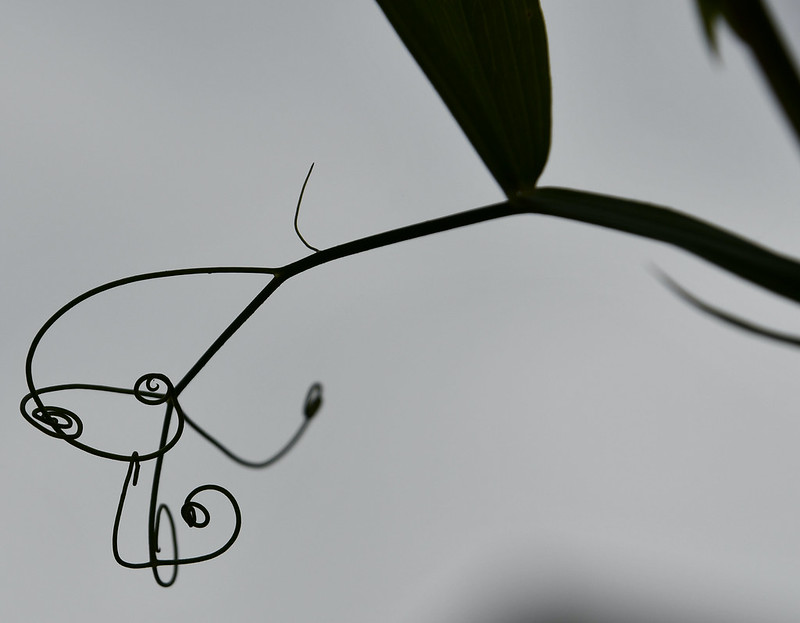 The remains of the sweet pea

Our Solothurn Calendar is also ready.

After a week of rain I thought this morning’s photo would be the puddles that have collected outside showing the raindrops falling into them. Instead I had a pleasant surprise. The first photos were still grey, but with the promise of clouds. After I had dealt with my morning chores like filling the bird feeder and airing my spaces by opening windows and raising blinds, I realised there might be a chance of a few clouds. I again ventured outside with my mobile camera and lo and behold let there be light and even a blue sky in the background to the cumulus clouds that had formed in the meantime.

The crows were already gathering for the morning goodies, so it looks like a normal begin to the day. At last Saturday and I am not going anywhere, at least I do not intend to. I shopped enough yesterday for food. Even Mr. Swiss admired my efforts that I always seem to get everything we need. If it is on the list I buy it, but otherwise it will get forgotten. It was Black Friday yesterday, the Swiss did not even bother to translate it to “schwarze Freitag”, but it is not a Swiss thing. Why we had to import this from across the poin I do not know. We did not have any pilgrim fathers arriving in Switzerland killing turkeys for a thanksgiving dinner. We Swiss were always here, although perhaps then not Swiss. The Romans came, the gauls came, and I believe even a guy called Hannibal arrived with his elefants over the alps, but they all left afterwards, leaving a mixed race behind. Today the only thing we have to be thankful for are the Swiss banks, and they are not doing so well at the moment: at least not from my point of view as the interest rates are so low, that slowly those with the large accounts are expected to pay for the privilege of banking.

Anyhow, keep your Black Fridays, we do not need them. The only benefit I had yesterday was an double points from the supermarket and that means money at the end of the month. I now have over 110 Swiss francs on my account to spend on groceries which will also be paid out in coupons I can exchange in the store.

Otherwise I had a pleasant surprise this morning when I saw that my amaryllis had opened its first flower. I had been watching it all week thinking it might flower, and now it has arrived, at least the first flower, with a couple to follow. They always have a selection in the store in November, and this was the only one with this design, so I chose it. It was something a little different and quite unique. One of the little things in life that are really an inspiration.

And here is a close up. It has become a bit of a tradition for me to have an amaryllis at Christmas, although they seem to arrive earlier each year.

I will probably busy myself today organising some Christmas stuff for the apartment decorations, not too much, but something a little festive. Christmas has nothing to do with religion for me, but a boost for the dreary time of the year when there is less daylight and cold. It warms psychologically I suppose.

Have a good week-end, see you around and take it easy. 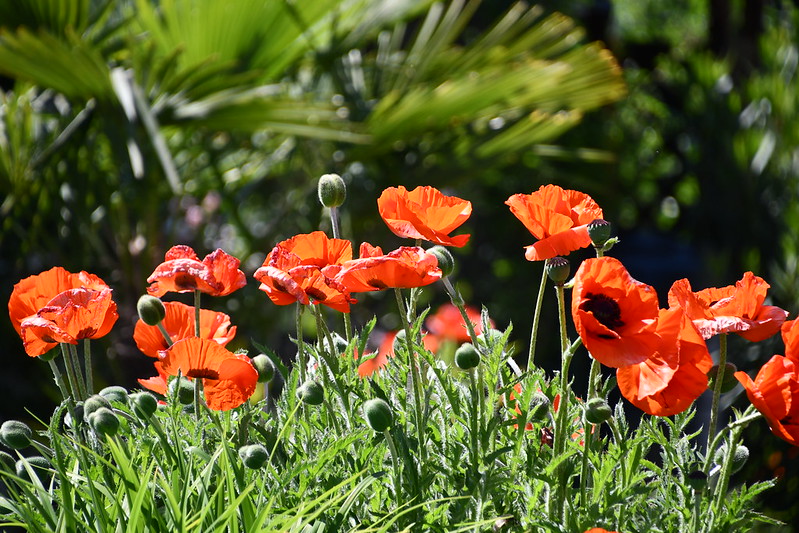 Making the most of the time they have to flower. 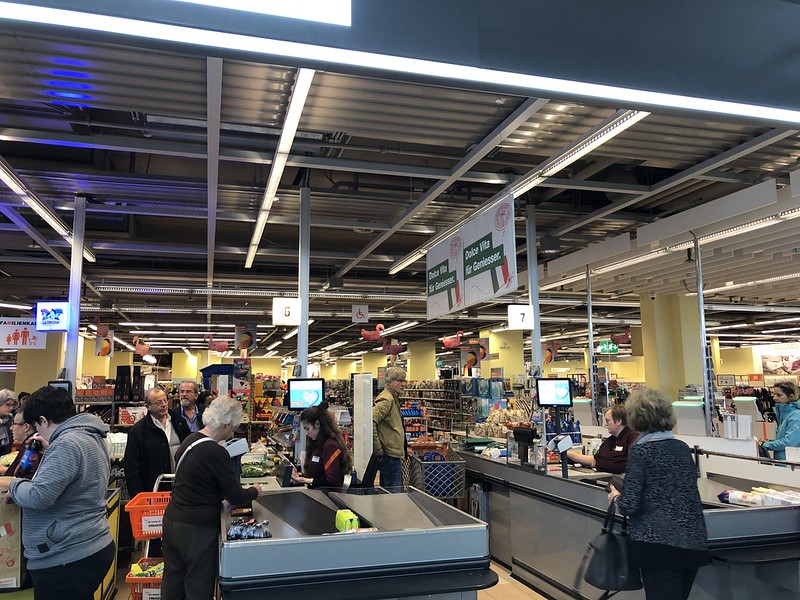 Because my local supermarket was offering 5x extra points today, my special parking spaces for handicapped were all occupied by non-handicapped.
Because of this I parked on a forbidden parking place.
Because someone suddenly drove off I could shift my car to his place.
Because of this I knew I could now stay there until my shopping was done.
Because there was a special offer on orchids with three flower stalks I decided to buy one.
Because they were cheap, I cashed my grocery supplies first of all to get the full benefit of my 5x points.
Because I also had a voucher for 2x points, I added it to my 5x voucher and eventually had 7x points.
Because it was raining and already dark when I made my way home I did not enjoy my drive home.

I just realised that life is one big because. 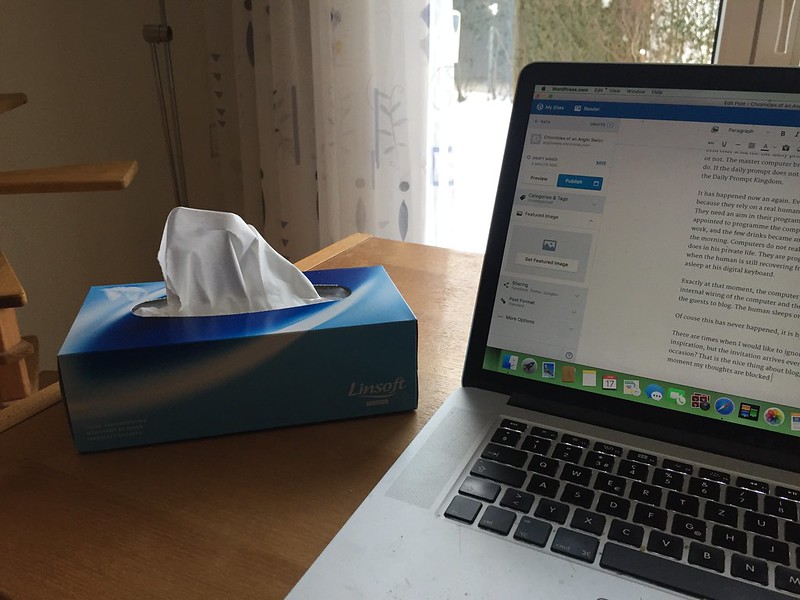 It’s that time of the year again
Coughing, sneezing, shivering will reign
Turnover is high for a  medicinal cure
Boxes of handkerchiefs begin to mature
With their help you know the cold lasts seven days
Without it lasts a week, so treatment never pays
But winter has a good side
With flurries of white snow
Although not so pleasant
if you have somewhere to go
You will slip and slide,
for warmer weather you beg
And then you have an accident
and might even break a leg
The remedy is clear, and also justified
Wrap yourself up warm and stay inside 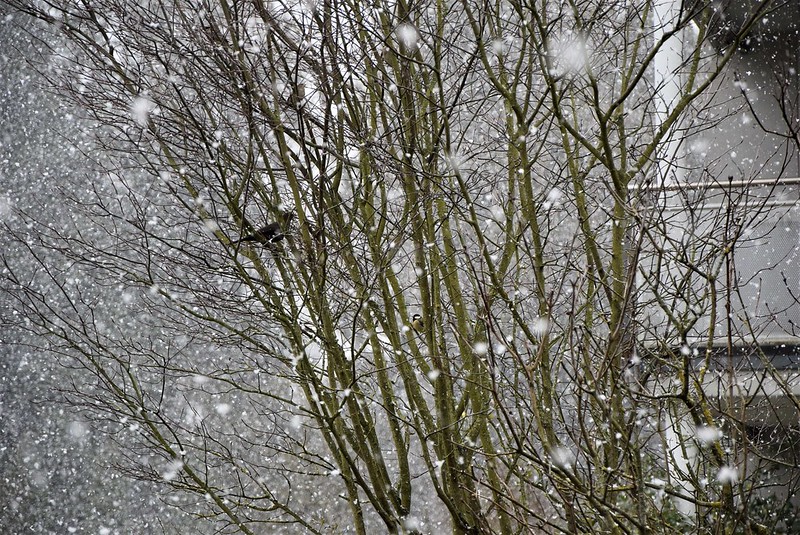 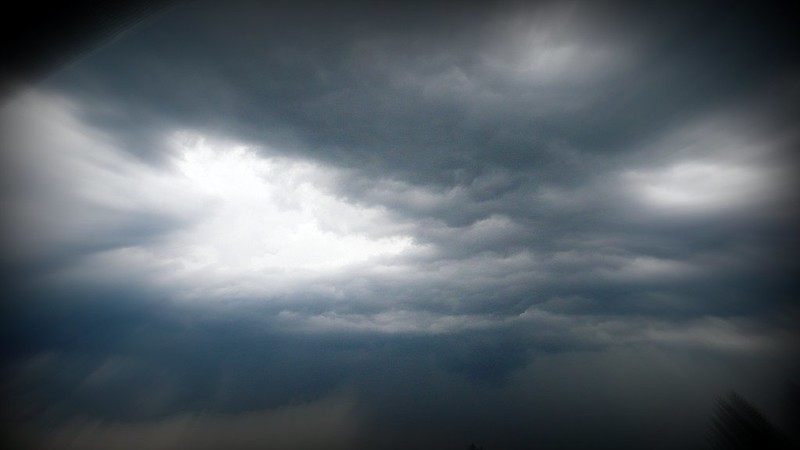 It looks like there is a storm brewing up there somewhere.