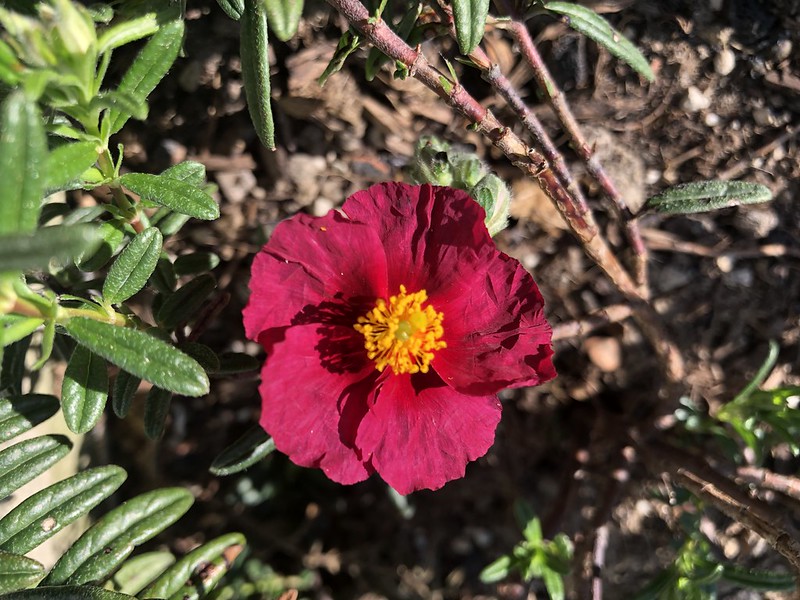 At least that is what I think it is. In my new raised beds the gardner planted them and they flowered throughout the summer. Even now and again a new flower opens.

“Buy some pastry and I will make one of those apple tarts.”

which was how it all began. My other half had been inspired by the apples collected from our tree. Not so many this year, but enough for 4 or 5 tarts, and so the first was on its way. To be quite honest I was not in the mood for baking, although the suggestion came from the other side.

And so I bought the pastry. Three days passed and the pastry was still untouched wrapped in its plastic: no problem the “best before” date had not yet expried.

It was now Sunday and I had time and I reminded Mr. Swiss that we still have the pastry for an apple tart. He then gathered courage and assured me that “Oh yes, I will make a tart”.

I began: lined the baking tin with paper and the pastry and lo and behold he was in the kitchen searching for a peeler for the apples. And so he peeled the apples and I cut them into suitable sized pieces and line the pastry with them. At that point in the baking operation, we were equal partners, more or less. In the meanwhile I had began to heat the oven and when the temperature was right in they went to be pre-baked.

Mr. Swiss: at some point of the operation he had disappeared into the living room.  I began to mix the eggs, sugar, cornflour and cream to pour over the now half baked apples and pastry. Another half an hour and our co-opertive effort was finished.

In the evening Mr. Swiss helped me to eat the Swiss apple tart.

Now that is real partnership. He really did peel the apples nicely I must say.

I have two mice, both logitech. A nice red one that belongs to my Macbook, and a black one for my Windows computer. I was organising something with my Windows computer on Saturday and suddenly the mouse disappeared. They do have the habit of sometimes falling behind the shelves when Mr. Swiss usually gets down on his hands and knees to retrieve it, although he is now almost an octogenarian and is no longer as mobile as he was, but this mouse had disappeared. We found a lot of elusive objects behind those shelves, but no mouse.

On Monday I visited the store to buy a new mouse. I discovered that Logitech has not been sleeping and now have various types of mice. Do I want a blue tooth mouse or a normal one, and what does it mean when they have the name silent.

I was confused so asked a guy in the store to enlighten me. It seems the mice with the red sender (the bit you stick in the computer at the side) are the blue teeth version. A silent mouse means it makes no noise when operating. As they all had the description “silent” my choice in that direction was limited. Blue teeth or toothless I had to think about. I took a toothless mouse although Mr. Swiss said afterwards that a blue tooth mouse would have been better.

I now realise that my nice red mouse on the Macbook is a blue tooth mouse, with a red sender, although I really do not notice any difference between both of them.

I now have a new mouse, but the one that went on a walkabout on Saturday has still not appeared. 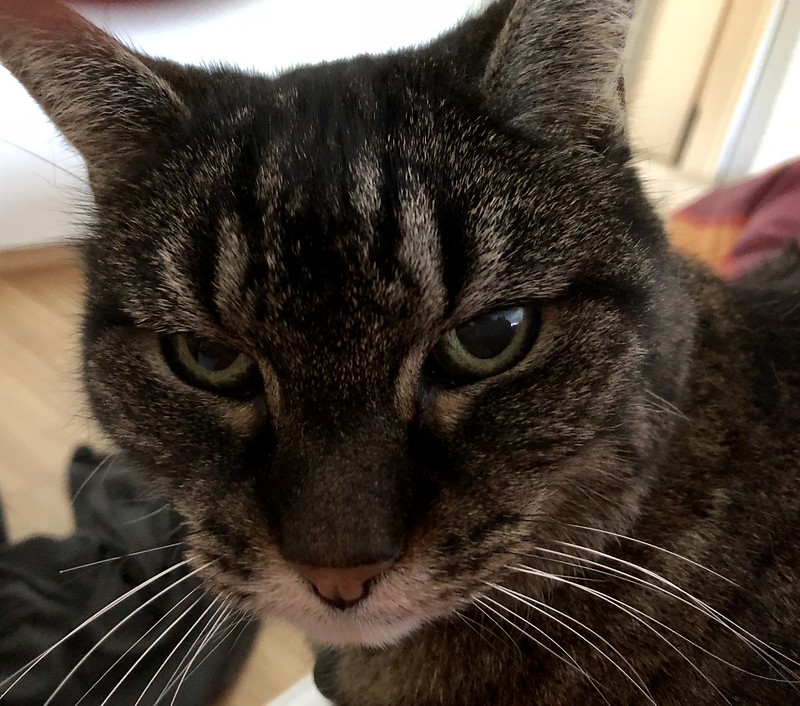 Although Tabby tells me that she is definitely not a pet, as it insinuates that she belongs to someone, and she belongs to no-one. The fact is that cats have their own pets, known as humans, although I believe the word she used was “slave”. Humans exist to tend to the needs of the felines: to feed them and generally make sure they are happy and content. She tells me this does not include visits to a vet, which are absolutely not necessary and are against the feline rules, the standard motto of felines being I, me and myself, in that order. 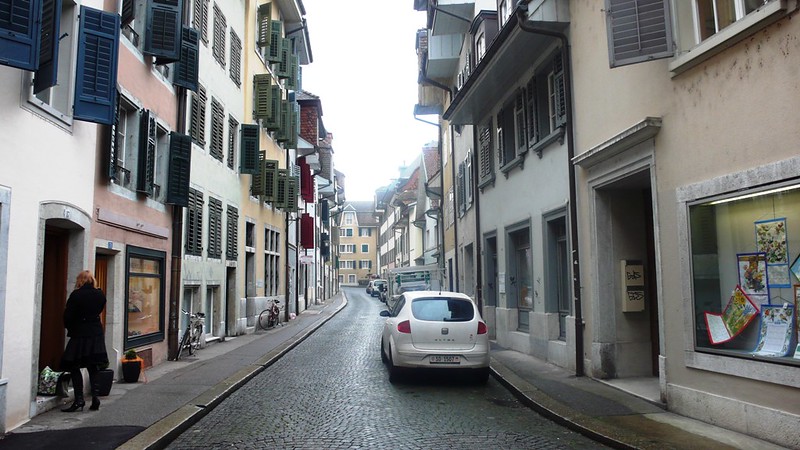 When you might be reading this, I am not actually here. The wonders on online computers where you can write in the evening and it will be published in the morning when I am not here. So where am I? To be exact I will be dropping Mr. Swiss off at the dentist for some treatment, the dentist is in this narrow street. I will not be driving down this street, but dropping him off in a more suitable area where it is wider and easier for my driving capabilities.. 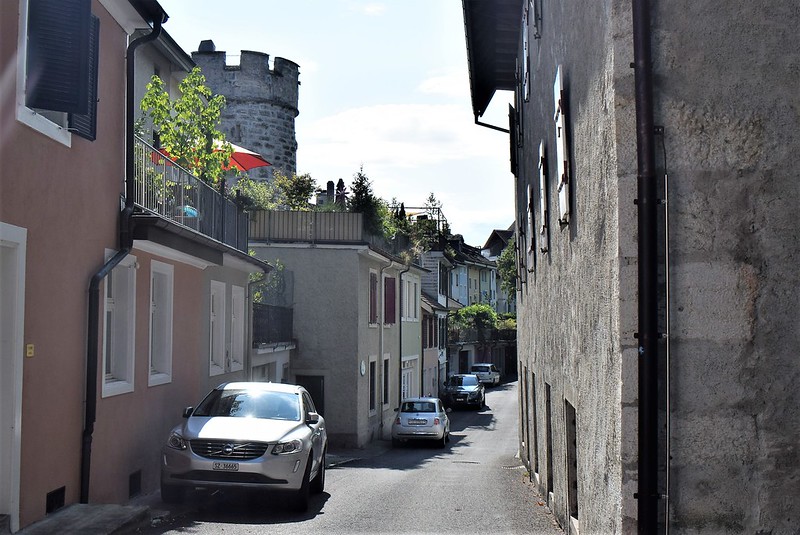 It seems that part of town is full of narrow alleys.

He lost a tooth last week, and the remains are to be removed and a couple of other teeth. It means an early start in the morning as the appointment will be at 9.00 a.m. and we both must leave the feathers early. When I get back home I will be catching up on some housework until I receive a call that Mr. Swiss is finished and I can pick him up.

How and when I will manage to prepare a meal for us all (including No. 1 son) I have no idea, but it will probably work out.

In the afternoon I will have to deal with a shopping trip and Mr. Swiss has now added a few medical items to the list, meaning an extra visit to the chemists shop where his prescription is deposited. A super beginning to the week. On Tuesday it goes further as there is a second dental visit (bring and fetch Mr. Swiss) where the treatment will be completed and the new teeth fitted. 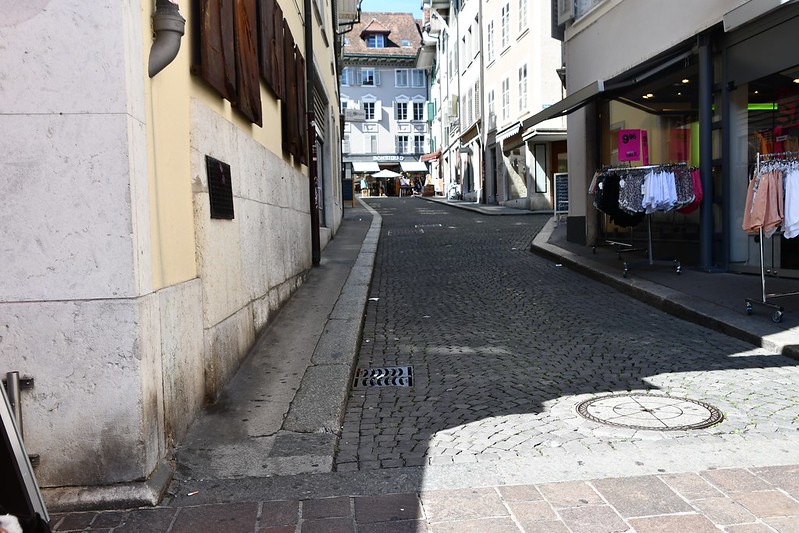 It seems that our town is full of narrow alleys.

I am hoping I will survive the morning stress day will return tomorrow afternoon as always.

Otherwise have a good day, until later. 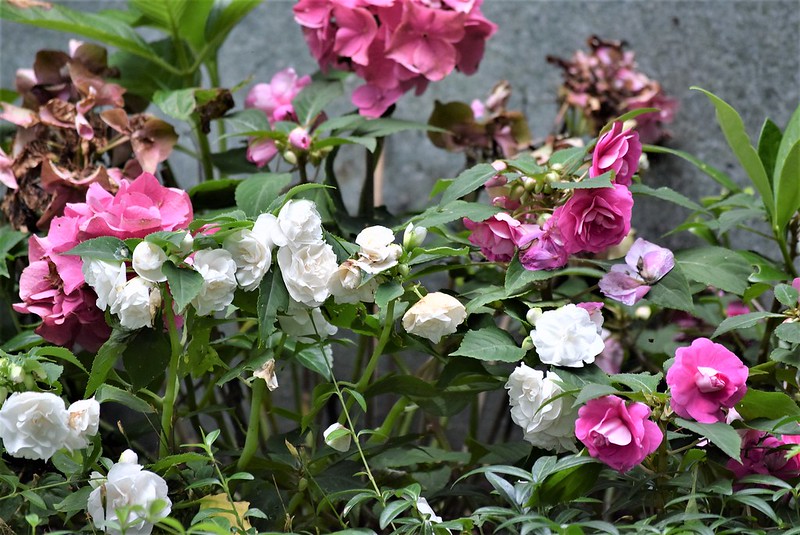