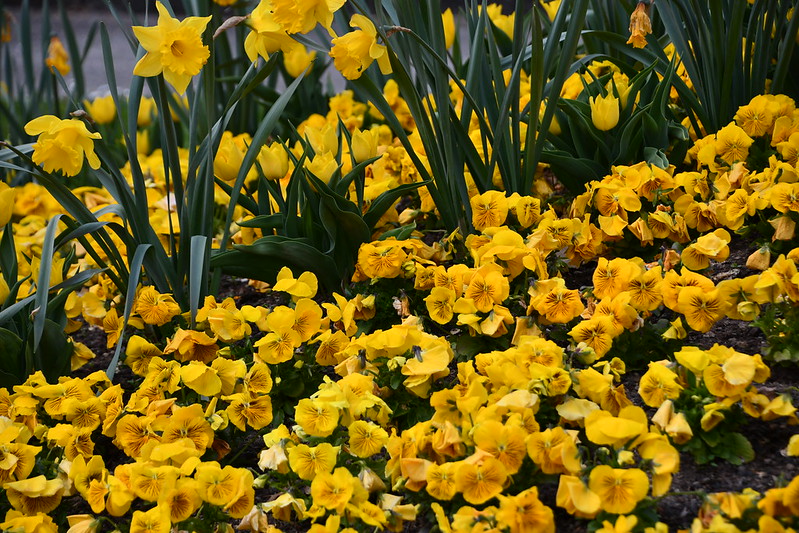 A picture of yellow

And this is my second language, I speak it all day. Rap – not really, but I love those guys.

These are crispy and known as crisps
Thinly sliced potato cut into wisps
Fried deeply in oil and put in a bag
If you eat them fresh they do not sag
They are salted ready to crunch. what more can you say
With a drink of the fizzy stuff they really make your day
Some call them potato chips, but we cockneys found that posh
Crisps are there name, everything else is eyewash 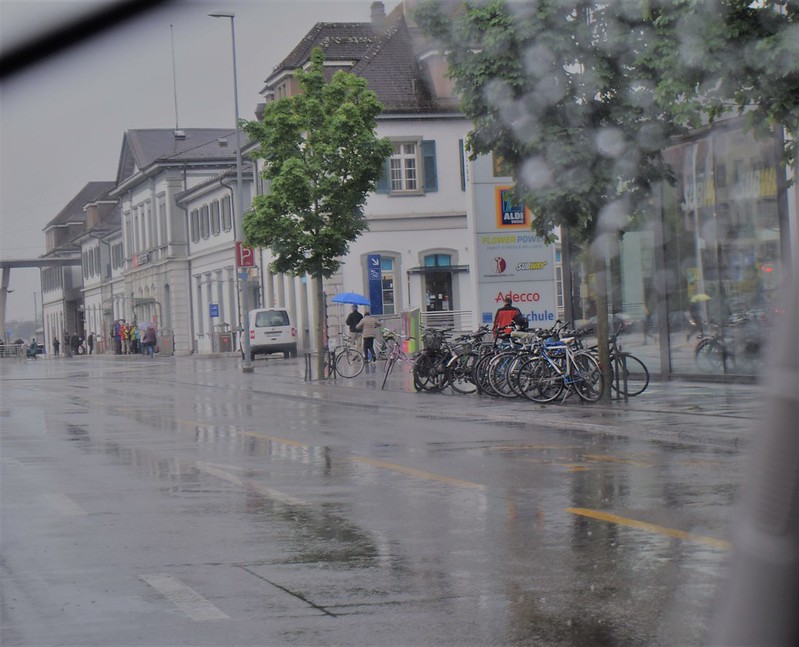 I have not seen any rain for a long while. During the night we now and again have shower and I notice the stones in the garden being wet in the morning. The photo shows a rainy day as I was travelling through our local town and passing the main railway station. 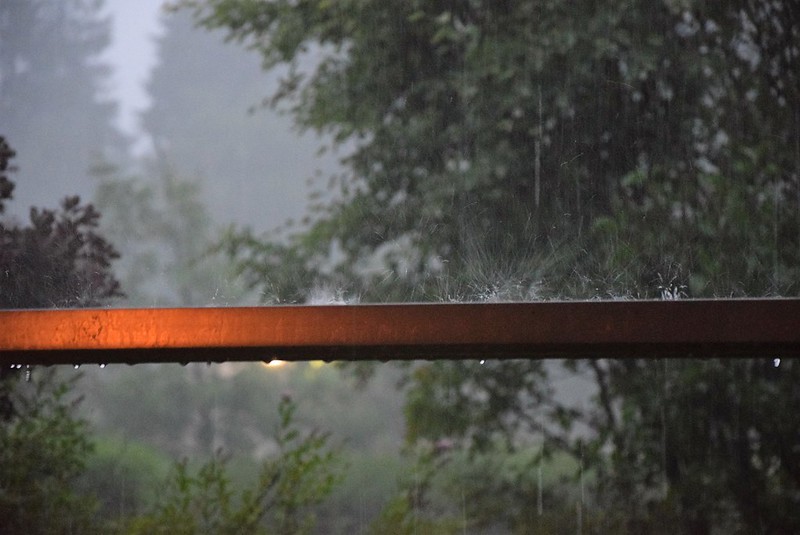 During the months when our building was being renovated, I often had the opportunity for a few rainy photos as the drops bounced off the scaffolding we had in front of our windows.

Since having my own small garden, my attitude towards rain has changed a little. It is necessary to let the plants and vegetables grow, but like all good things, excess is never so good,

It was a very windy night and thank goodness that Mr. Swiss put a few objects in safety yesterday evening. A hurricane has been predicted for Europe, the first big one since 1926 apparently. I have never ever seen or experienced a hurricane. Apparently it is now hovering over the Atlantic with a strength of 5 (the highest possible) and making its way towards the Azores, the Mediterranean island group. Predictions say it can do quite a lot of damage. As Switzerland is enclosed all around by other countries and we have no influence from the sea, we might just get away with a few strong winds and falling trees. The action is supposed to begin around Wednesday. I am hoping it only arrives after my afternoon shopping trip.

Yesterday afternoon I took a wheelie in the surroundings and was rewarded with a wonderful view of the Alps. It was a clear day and they were nicely reflecting the sun. In the middle you can see the higher peaks of the Jungfrau and to its left the Eiger. Some experts could name every mountain, but I am not such an expert. On our earlier holidays when we were young and still fit, we would see them at closer range from Grindelwald in the Bernese Overland. It takes almost 2 hours to get there by road, but yesterday it seemed you just had to reach out and touch them.

It was the last day of our local trade fair yesterday, but I did not bother. It is the so called Harley day when the riders arrive with their Harley Davidson power bikes. I heard them coming already in the morning as they thundered past continuously on the main road.  I visited last year and saw how they had taken over our little market town parking their machines everywhere. It is an interesting sight, but I decided that I saw enough last year and this year would be no great difference. Now that the fair is over things will return to normal daily life.

The cows have returned to the pastures in the village after doing the night shift during the hot summer months.

Yesterday my oven gave up almost. I noticed for some time that the switch mechanism was no longer working so well, and the oven often switched itself off for no reason. I could start it again, but yesterday was the last straw when I wanted to bake something for Sunday dinner. Today I will contact a supplier for an new oven but this time a different manufacturer. At the same time I will look to have my micro wave replaced. That is still working, although I knocked and broke the outer glass door once when I had one of my famous falls. Apparently you can get a combined construction with both oven and micro wave. Our apparatus are built into the kitchen fixtures, but sizes are standard for all makes.

And when I have organised that I will be calling my garage man to make an appointment to have my winter tyres put on the car. It is a little early, but you never know when the snow will arrive and afterwards the ice and better to be safe than sorry. I also might have a better chance to have it done, being a little early.

It looks like it will be a busy Monday today. I also have a shopping trip this afternoon and should really begin to prepared my list.

I also wheeled through our local cemetery yesterday and noticed this group of roses which were still enjoying the sun in their garden.

And now I will depart to do far better things like walk around with the hoover and a shower visit. In the meanwhile the sun has arrived, probably all the quiet before the great storm of the century. I hope you have a good beginning to the week. In the meanwhile I have a few calls to make to organise my life for the week.