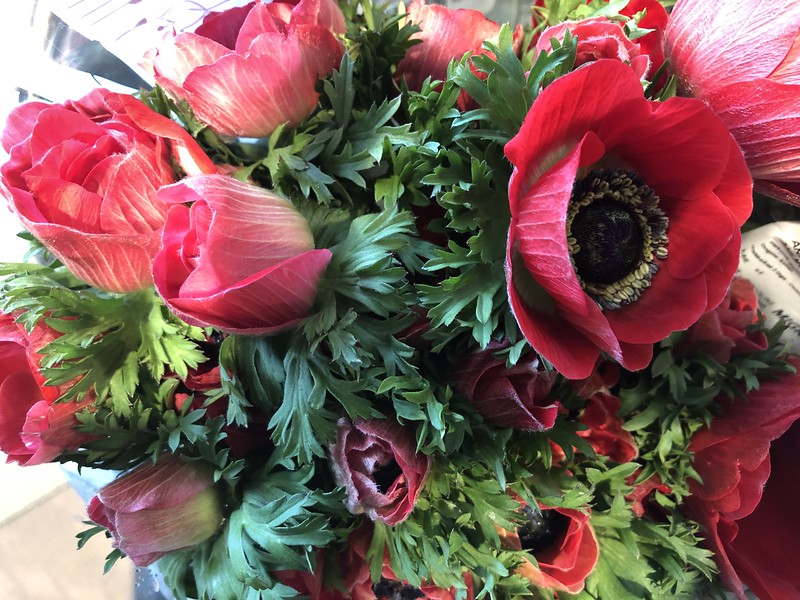 A study in red 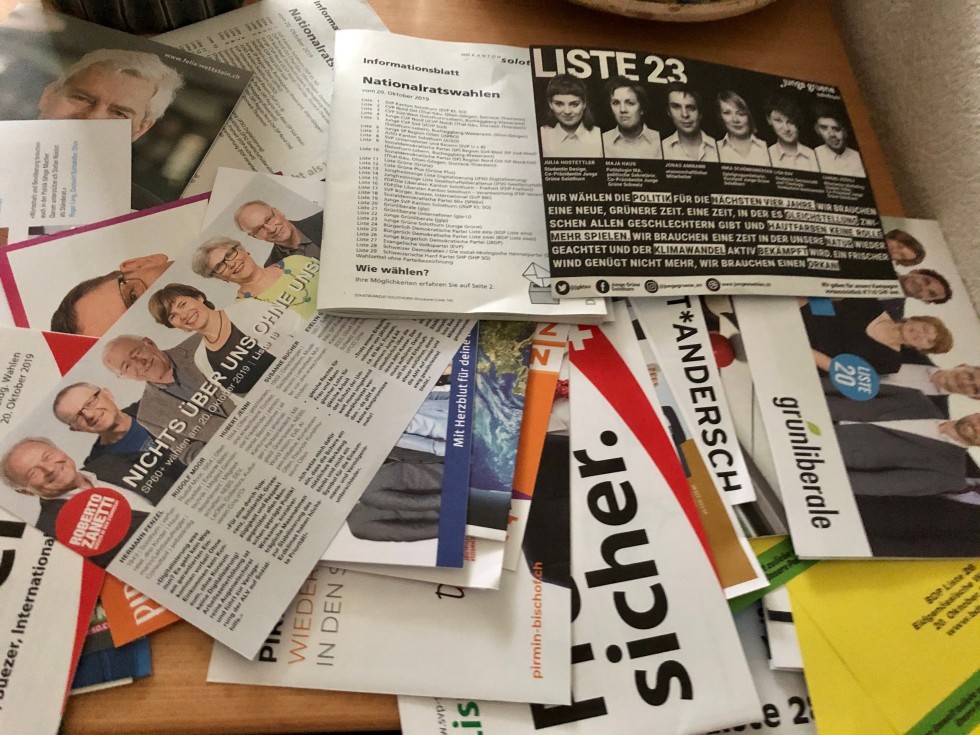 “What are you doing with that voting material?”

“Sorting it out of course, to give everyone a fair chance when I vote.”

“But I want to have a look first of all. And why are you dividing it into two piles.”

“That is obvious. The large pile on the right is rubbish, and on the left the candidates that I take into consideration.”

“But that is your opinion.That guy you just put in the rubbish pile is a very good man, and I hope he will get into the houses of parliament as our representative.”

“You must be joking. Just look at him. He has shifty eyes and no ear lobes.”

“What does that have to do with it. I find his eyes not at all shifty. and whether he has ear lobes makes no difference.”

“Everyone knows that no ear lobes is a sign of a criminal. Most of the murderers on the list of the 10 Most wanted from the FBI don’t have ear lobes.”

“Of course it is, that is why all the candidates with no ear lobes go in my rubbish pile.”

“But how comes that this guy is accepted by you.”

“Oh come one, he is one good looker. Such wonderful blue eyes and blond hair with such an athletic body. He would be ideal as the new James Bond man in a film.”

“But our politicians are not making films, they are creating the future for our country.”

“With no ear lobes and shifty eyes? No, I like to see my parliament looking good with a choice of men that have charisma and that special something. Put that photo back in the pile of the good guys it does not belong in the trash.”

“But that is not a politician, it is a leaflet showing the new postman. It got mixed up with the political leaflets.”

“You see, that proves my point.”

“That a postman has more charm than a politician.” 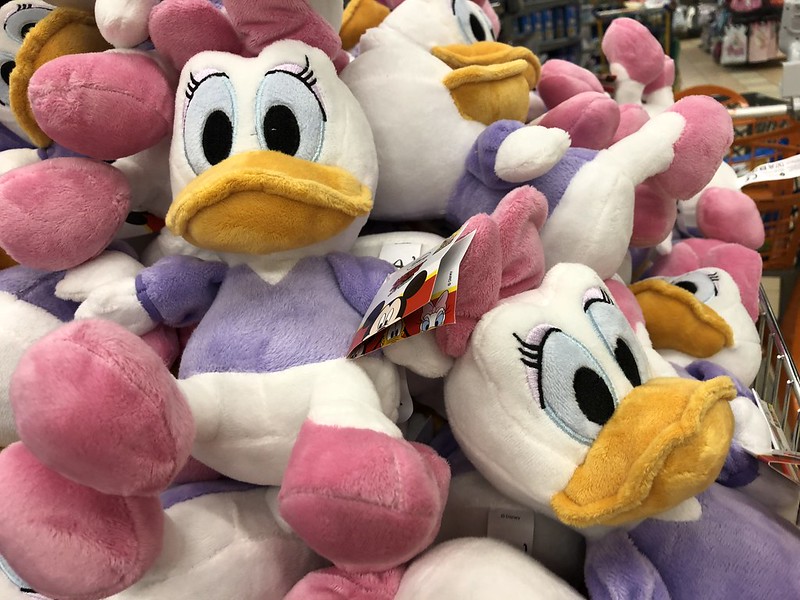 Why am I confused?
It must be my age
The brain is getting older
It puts me in a rage
I was looking in the catalogue
Dress is above the knee
I no longer drink coffee
Prefer a cup of tea
Everything is for the youngsters
I am really feeling mouldy
High heels and mini skirts
Are not for a golden oldie
And so I wear long trousers
Or skirt with support stocking
Don’t care if I’m old fashioned
And others might be mocking
My shoes they now have laces
To keep my feet on the legs
And now I have a walker
For stability that now begs
One day the confusion is over
Then we will be the same
Choices will be mainstreamed
Wooden Box or perhaps a flame 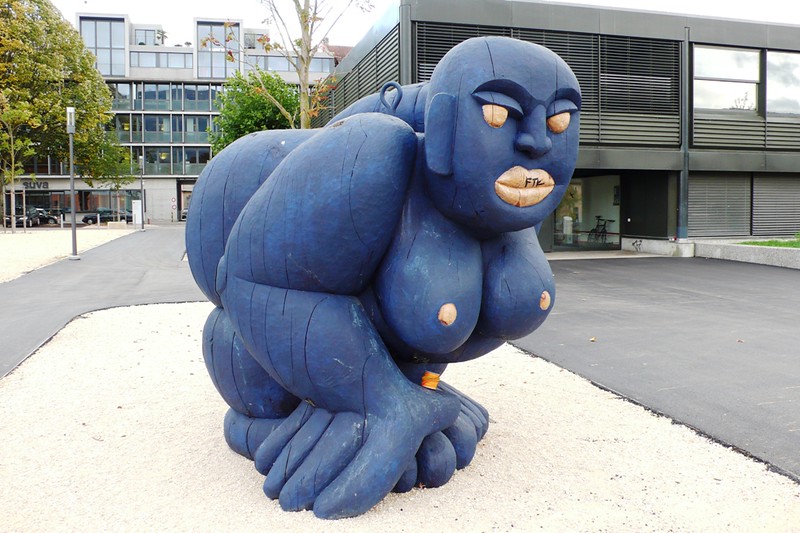 The figure known as “Fat Berta” was often to be seen in various places in our area. The first time I saw her, she was in front of the local library. Eventually she was moved to a site near the river bank in front of one of the business schools. After a while she was moved from our town of Solothurn to the neighbouring town of Grenchen where she was given a clean up. Poor Berta had become the object of various scribbles and marks over the years. I do not know where she is now, but I loved this figure. It was really something completely different.

At last a bit of sky action. After a day, almost two, of a grey lid over our heads, we now have clouds again, although somewhat wispy, but even the sun is peeping through. 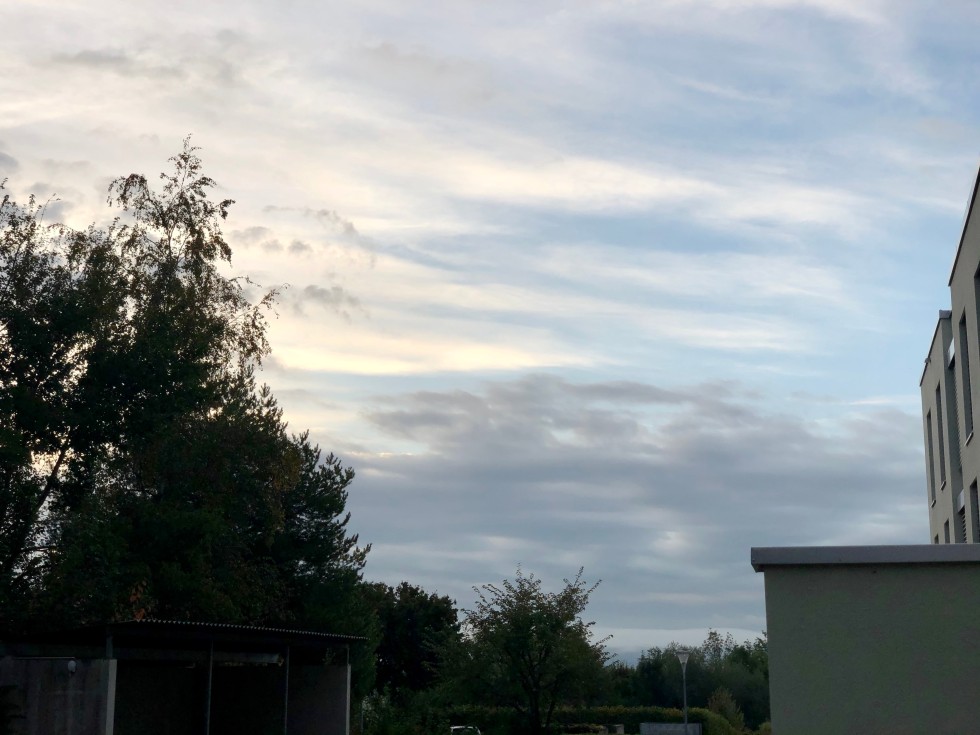 And here is another one for good measure. I think we will be having a pleasant day today: a little on the cool side but nothing that a light jacket will cure. Yesterday I was planning on a stay at home day, but Mr. Swiss realised that his eye drops were almost finished. He still has to apply them three times a day after his cataract operation. The doc is not far away so I was off again on a car driving adventure although I was back home in half an hour. I must admit I like those little excursions now and again. I never thought that I would be on the road again.

I am still collecting my animal pictures to stick in my album from the local store. I need 157 pictures and now have 155, needing only two to complete it. This is naturally the frustrating part. I get 3-4 self sticking pictures per 20 Swiss Francs that I spend in the store. Now I have many that are doubles and am hoping that they organise an exchange at the store of the double photos. They even gave out a large world poster this week showing the animal distribution across the world.

Otherwise in the garden there is plenty of action from my large sort of black eyed Susans, rudbeckia laciniata, which are quite spectacular in their height and size.

I noticed on my computer this morning that Google is celebrating its 21st birthday, I actually thought it would be longer. Google has  become  a permanent fixture in computer life, although I find Safari easier to work with when I am on my Mac.

Since Mr. Swiss’s transition to the golden oldie years, he now tends to retire earlier in the evening, although now and again might make an exception. I am not really a strong TV person and mainly prefer to read, but am now often left with the TV on my own in the later evening. Strangely enough we now watch mainly the British BBC programmes. I especially like the documentaries or news programmes. Probably due to the turmoil in the UK caused by Brexit and their new man in charge, BoJo, Boris Johnson, they had a programme about the ex Prime Minister, David Cameron leading up to his resignation when the Brits voted for leaving the EU (Brexit) yesterday. At the time of it all happening, I only followed the developments from a distance, but thanks to this programme I caught up on the developments. Basically I tended to be a socialist in my Brit days, growing up in a working class family, although I seemed to have changed my political opinions as time goes on, and my Swiss life has lead to me becoming a little more in the middle, but that is Swiss politics.

It is already a Friday again, time to go on a week-end shopping hunting safari this afternoon. The list is made and I have a rough idea of what to cook. The week has passed quickly. Our local trade fair closes its doors for another year on Sunday and I will probably make an effort to visit over the week-end although more out of custom. This year I noticed the effect that online buying has had even on this fair. The local businesses  showing their products are fewer and less interesting and often come from other areas. The restaurants seem to be expanding. I miss the little handcrafting exhibits and many stalls have disappeared. The local newspaper no longer has such a large stand not to mention the local TV which is only present now and again with a stand outside.

And I am now on my way to my housewife life of a little bit of cleaning and cooking. See you around this afternoon some time and enjoy in the meanwhile.