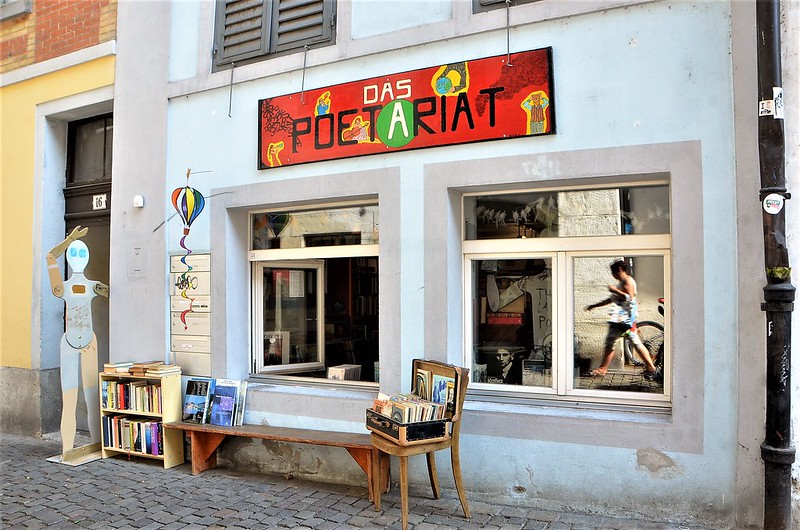 It’s a book shop in our town, somewhat modern in design and the name “Poetariat” seems to related to poetry, which is probably their main theme in books.

My origins were in a working class family, but mum and dad were both members of the local library and I followed in their footsteps, my first visits being to the children’s section. There were always books at home that someone was reading. The local library  was an older building from the 19th centuary, originally being used as a so-called “mad-house” for the mentally ill. Even the park where it was situated had the local name of “Barmy Park” again relating to the less fortunate that were treated in the asylum.

Eventually it became a place of books and they had everything. Libraries in London all had their own little speciality, and our was a section of French literature, although the cockneys of East London were more accustomed to their english. You were allowed to select up to four books if I remember rightly. If they did not have the book you were searching for they would obtain it from another library.  Our libraries were free of charge, there was nothing to pay, unless you kept the book over the date. You were then fined a very small amount, really more symbolic, as a warning perhaps to return the book on time.

At the age of 20 I transferred to Switzerland and my library days were over, although not quite. After having a family of my own I discovered that our local town also had a library and quite a reasonable choice of english books, although the main selection was for the German readers. I belonged for a while.

Today my library is called Kindle. I can upload any book I wish to read from Amazon, in most languages. Being a Brit and my mother tongue being english I am mainly interested in reading in english. However, with the years I have become bilingual in german (still make mistakes when writing the language) but if the original book was written by a German author, then I prefer to read the book in the original language. 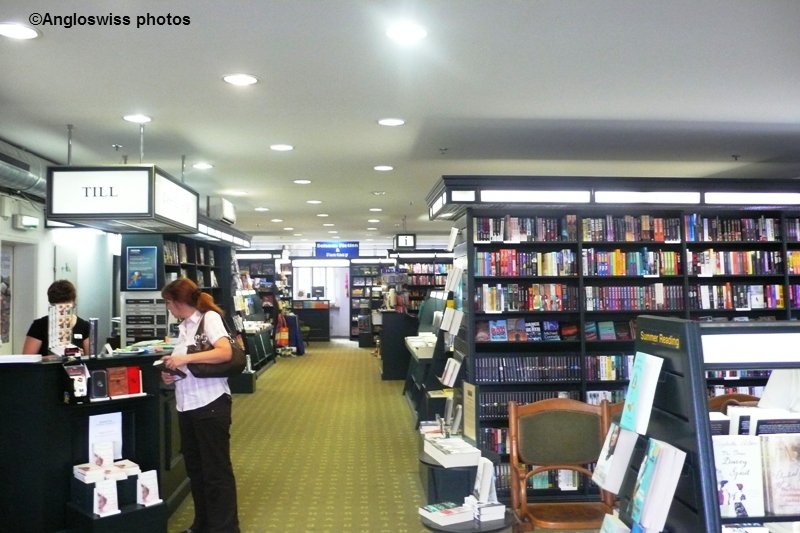 One of the most interesting bookshops I visited was in Bern. They had an enormous range of books and even a cafeteria to relax with you choice of book. The wall was decorated with photos of Swiss authors. 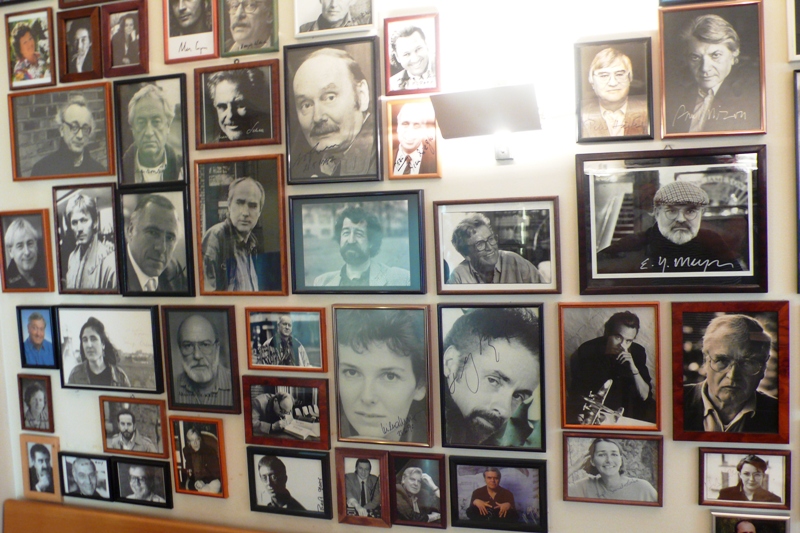