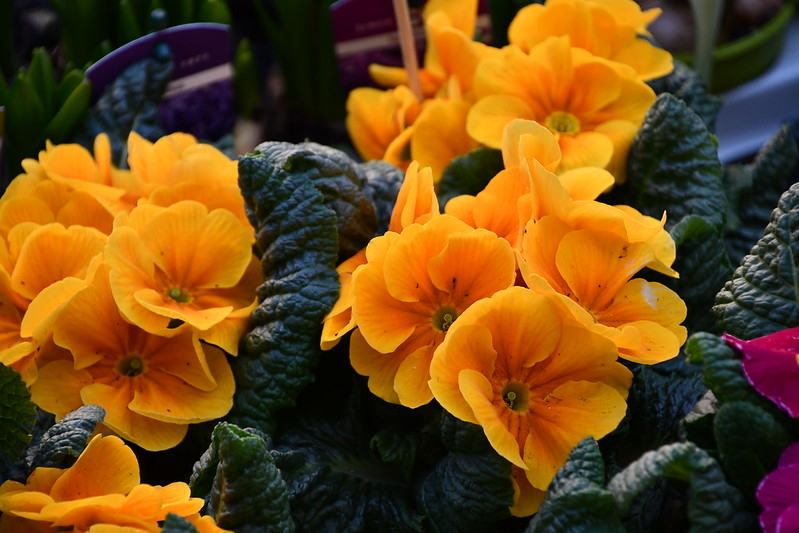 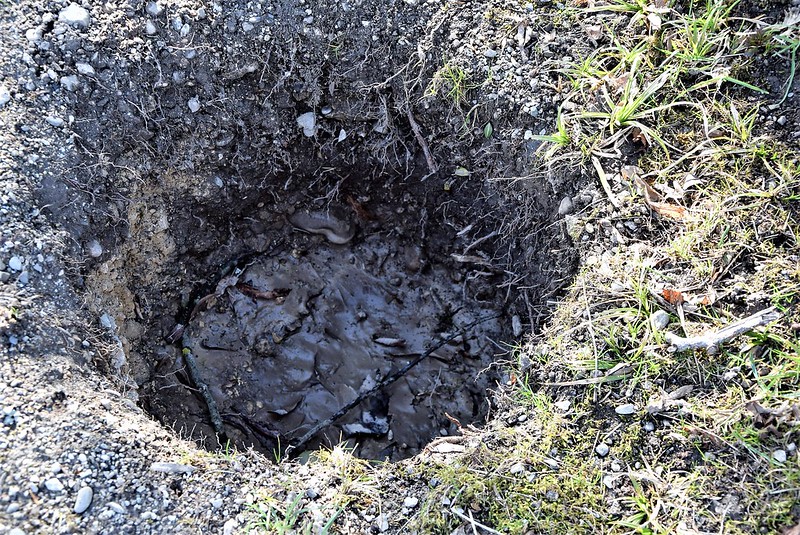 “XX1, just what are you doing. It is absorption time and your food is ready.”

XX1’s mother was annoyed. Since they had been living on the surface of the planet, the children just had too many distractions. Assimilation was not proving easy. How she wished they had remained beneath, but their leader had ordered that they could now show themselves above. The earlier inhabitants, known as humans, had almost died out. Just a few remaining settlements here and there were left and the underground people had now moved up.

“I am trying some of that human stuff out mum; they certainly had some funny habits.” XX1 answered. “I still have not found out what the idea of that receptacle is. There are knobs on the wall that you can turn, but nothing happens.”

XX1’s mother decided to have a look. She climbed the stairs, which she did not like doing very much. She preferred descending and not ascending. Actually there was very little she liked doing since they had moved to the surface of the planet. Her partner and father of XX1 had studied during his youth and knew more about the planet. It seems that the underground population, their own people, had been developing over many years in their own way. They had lived so near to the core of the earth that they were never discovered.

“What is the problem XX1, and what are you sitting in? Those knobs, as you say, were for water. If you go close enough you can smell the water.”

One of the human problems was there there was no longer very much water, just a few puddles in the oceans that once existed. There was no actual weather, the planet now bearing temperatures similar to those under the surface. One of the reasons why the underground population could now survive above. They had eyes, but their usage had disappeared many years ago. They found their way without sight.

“Thought I would try it out, but it seems strange to me. You mean the humans sat in water, how disgusting. ”

“Other people, other customs XX1: they put their food in their mouth and swallowed it. We just absorb it through our skin.”

“I also found something to put on my feet. They must have been funny people covering themselves up like that. Yuck, putting food in their mouth and swallowing it. That is disgusting.”

XX1 removed the strange leg and foot covers and followed its mother down the stairs to start absorbing. Today was her favourite food, earth from the core, mined by the core workers. XX1 preferred it to the surface earth, it had much more flavour.

And so life continued on planet earth. Admittedly the new inhabitants looked just a little bit different to the old, but that was the process of evolution, developing on a parallel basis to those living on the surface. Neither people knew of the other until there was no food on the surface. Only those that could adapt survived and earth was everywhere.

XX1 enjoyed life at the top and was looking forward to the next day. It found the receptacle was uncomfortable, but it had also found something much softer. It did not know that it was a bed. The days of burying itself in a mound of earth to sleep were gone. A new era was dawning upon the planet earth.

Me sardonic? I have loud voice and use it to establish my superiority. 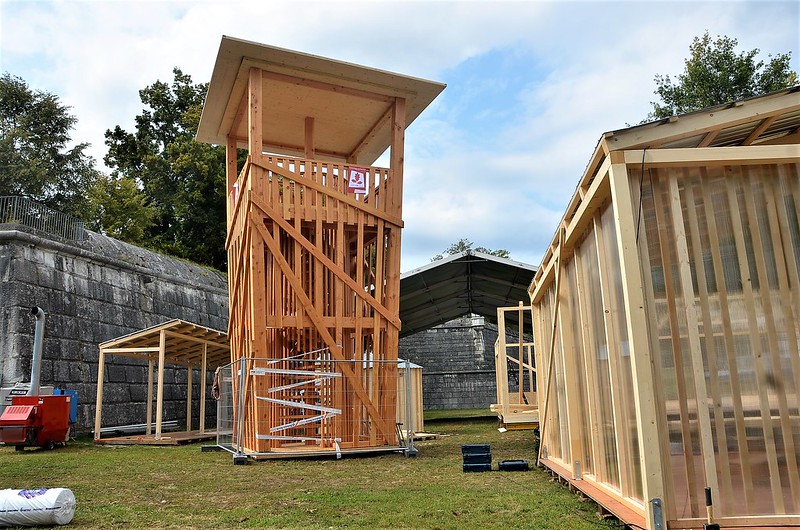 In a week our annual Autumn fair will be opening. This is a photo of last years entrance attraction. Eventually it was to be a tribute to nature with various wooden objects and some trees. These were the first stages of the building. 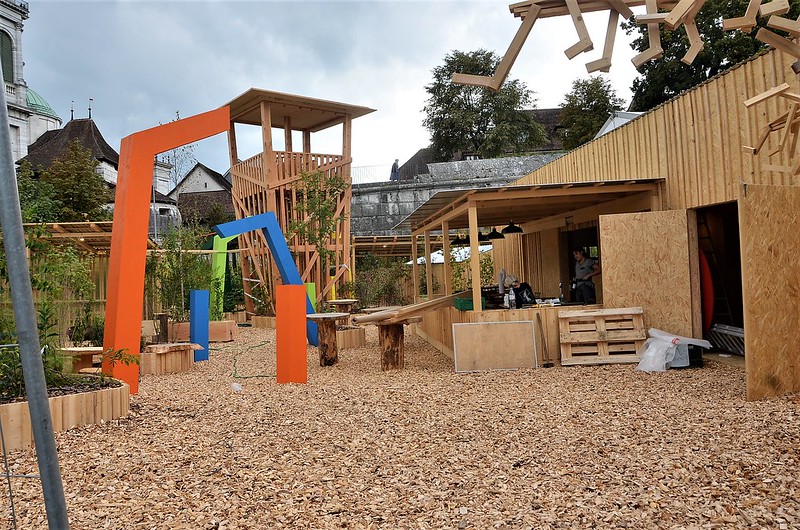 And this was the finished product: even the ground was covered with wood chips.

September Photo a Day Challenge: 12: Made of Wood

Another blue sky day and no sign of the Autumn colours up to now. Yesterday afternoon I went for a wheelie in my chair into town and could wear short sleeves without a jacket, it was quite warm. I was glad to have the time to go somewhere: no shopping to do. I had forgotten to get a bread on Wednesday, but No. 1 son was also in town in the afternoon and brought me a bread so I really had no stress. I have never entered a shop in my wheelchair, although I suppose it would be possible, but even that might be chaging.

On my way into town I saw this along the road. For me I thought “at last”. It is where our Skoda (and also BMW) handler was. It has been empty for some time and we read that our largest supermarket will be opening a branch there in Autumn and now it seems to be happening. For me it means that I can pop in there and get anything I might need urgently, even with my wheelchair. It is too near to take the bus and in 10 minutes I would be there. At the moment they are busy rebuilding and transforming it into a store. It used to be a car show room and offices, so there will be plenty of room for shelves with daily needs.

I wheeled on and saw that just outside the town entrance progress is being made on the structures for our annual town fair in two weeks. This is the first building you see outside. It seems that it will be something to do with our electricity suppliers.

The town is full of banners suspended in all the main streets advertising the HESO, which is the name of the fair, adapted from the name “HErbstmesse SOlothurn” (Autumn Exhibition, Solothurn), but for us locals it has always been known as HESO since the beginnings about 30-40 years ago. I remember the first fair when I would take my kids to see the exhibits. No. 1 son will be 50 this year, time flies.

I took a wheelie along the river in town and noticed that the seating for the outside restaurants is still fully occupied. It was really a good day for outside life and I saw many still dressed in the Summer clothes with short trousers and t-shirts.

I have also decided to stock up a little on clothing. It has been a few years since I bought anything, one of the reasons being that my favourite shop in town closed down a couple of years ago due to failing customers. It is actually a point of discussion in our town that we have a shop dying session. One after the other is closing, due to computer online competition, and in their place we seem to be getting either a hair dressing saloon or restaurant. No-one sells goods today.

I always bought the same style of trousers, which I can no longer buy in town, but after some research I have discovered I can now buy them online from a well known Swiss shop. They have all colours and sizes which is ideal. Also the prices are the same as I paid in my shop in town. A golden oldie does not need the latest fashion, just something classic and above all comfortable, a bit stretchy.

The sky was full of various planes yesterday winging their way over the town. It was probably the weather for it and we do have a small airport near us in the next town of Grenchen. The are many people who still have a flying hobby and own a few old timers like this one that flew over.

And now to move on. I hear Mr. Swiss has just stopped hugging his bed and drifing around, so it is action time.

I leave you with a view I took yesterday on my way of our so-called house mountain, the Weissenstein. They have now finished the renovation work on the restaurant and have removed the crane. It has now been two years since my last ascent in the mountain railway and I would like to go again. The last time I only needed my walking stick for support, but now I would probably need my walker. If people can take their skis up the mountain in the railway cars, I am sure I could get my walker into it.

Have fun, may you have a good day and remember tomorrow is week-end time again. See you later.