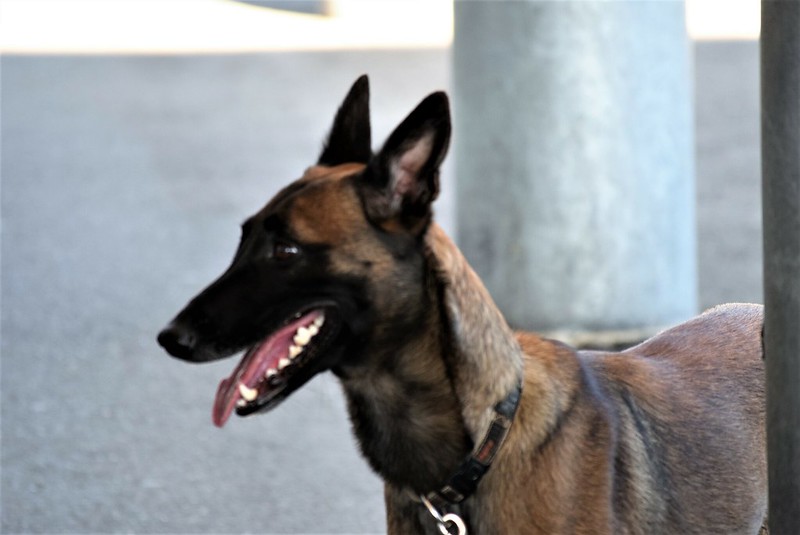 It all started as a surprise for Walter. He was now twelve years old and on that day his wish was to be fulfilled. His mother and father accompanied him to the animal home. He wanted a pet, a nice cuddly dog. As they entered the pens where the dogs were kept it seemed as if the dogs had got together to act as loud and loving as they could, barking at the top of their lungs saying please take me.

“OK son” said Walter’s dad “it is your dog, so make your choice” but Walter was overwhelmed with so many homeless dogs. It was then that he spotted a little grey puppy sitting on its own in a corner. The other dogs seemed to avoid it and when it tried to come a bit nearer, it was pushed back with a howling and growling.

“That is my dog” thought Walter “I will make him a good home and he will be my faithful pal. I want that one” he said pointing to the little grey dog in the corner.”

“Are you sure son” asked his parents. “He doesn’t seem to be as active as the other dogs. He certainly is no thoroughbred, but if that’s the one you want son, that’s your dog” and that was how Walter was given Charlie, which was to be the name of the new arrival in the family.

Walter took him in his arms and the little puppy licked Walter’s hand as if to say thank you. The puppy did seem to like the taste of Walter’s fingers and nipped one of them.

“What’s up Walter?” asked his mother

“I think my puppy is hungry, he tried to eat one of my fingers” and Walter laughed and so did his mum and dad.

When they arrived home, there was already a little bed and food waiting for the new arrival. Charlie found his way around quickly, but it seemed he really had a tremendous appetite. He finished his bowl of food and was looking at Walter with his big brown eyes as if to say “is that all?” Obviously you cannot leave a little dog without food in a strange place on the first day, so Charlie got second helpings.

Charlie made himself at home and grew and grew and grew. He also loved to go for walks with Walter. The only problem was that he kept straining on the line to go off on his own. Walking through the forest was easier, as Walter could remove the lead. Unfortunately Charlie would gallop away and usually return with a dead animal in his mouth. At the beginning when Charlie was small, it was just the odd mouse, and perhaps a rat. As Charlie was growing Walter had to search for him in the forest. He usually found him where he was tearing at the remains of a squirrel or perhaps a bird, that had been in the wrong place at the wrong time.

It was then noticed that Charlie was changing, although Walter and his parents thought this normal for a dog. After a year doubts began to grow. The full moon nights were the worst. Charlie would scratch at the door and jump at the window trying to go outside. Just for peace of mind Walter would put him on the lead and go out with him for a few minutes to calm him down. It was once very embarrassing when Mrs. Smith’s cat walked passed. Charlie was off like a streak of lightening and the poor cat eventually managed to save itself from Charlie’s claws and jaws by climbing the nearest tree. Unfortunately it was stranded and the firemen had to be called to retrieve the cat. Mrs. Smith was quite annoyed and told Walter’s parents that she would not pay the bill; after all it was their canine monster that attacked her cat.

“Son, we have to have a talk” said Walter’s father. “Charlie is becoming a problem.”

“Just because he happened to chase Mrs. Smith’s cat, that’s normal for a dog.”

“No, not quite son; he seems to be changing.”

“Dad, he is just a dog, and is getting bigger. He isn’t a puppy any more.”

“That’s what I mean son. He eats as much meat as we do and to be quite honest I don’t like the look in his eyes now and again.”

If Walter was quite honest, he also had his doubts about Charlie. He had not told his father about the incident that occurred a few days ago when he saw Charlie burying something in the garden. He dug it up and found it to be a human finger. Now Walter was shocked, but he just did not want any problems, so kept quiet about it. If Walter had searched further, he might have found the hand that belonged to it. Walter’s father did read in the newspaper about a body that had been found in the nearby forest, belonging to a tramp, its hand missing, but thought no more of it. Looked like animals had got to the tramp, and that was the end of it. Probably the tramp died from an overdose of alcohol and the animals did the rest.

The last straw was when Charlie’s teeth fell out. Walter was certainly worried, but the new teeth soon grew; much longer, more pointed than those previous. It was then that Walter’s parents said enough was enough. Charlie must go, he looked like something from a freak show. Walter was sad, he didn’t want to lose his companion. Eventually the arrangement was made that Charlie could stay, but he must now live outside in the garden in a special dog kennel. The funny thing was that it did not seem to bother Charlie at all. He was quite happy living outside.

In the meanwhile a few cats had disappeared from the neighbourhood and Mr. Smith was missing. These things always seemed to happen on moonlit nights. If someone had been watching, they would have noticed that Charlie was not stupid. He was actually very clever. You just had to hypnotise your human to do it. Of course Walter did not realise this, nor did he remember sleep walking to the garden in the morning when Charlie returned and replacing the lock.

Eventually things came to an end when Charlie made his metamorphosis. Again there was a full moon and Charlie had developed such strength that he stood on his hind legs and howled to be heard by all. Someone in the neighbourhood called the police, but there was no Charlie any more in his dog kennel. The kennel had been reduced to a pile of wood, mixed with the bones of Mr. Smith and a few missing cats; the identity of the bones was later discovered upon their examination.

Charlie was gone. Now and again someone disappeared from the neighbourhood, their remains usually being found in the forest. Charlie’s lair had not yet been discovered, he had found a nice little cave in a rock formation. Every walk he took with Walter in the forest without his lead, he managed to construct a little bit more in his cave.

So if you decide to buy your son or daughter a dog, then have a good look first. If the other dogs in the pound seem to avoid the dog you want, then you must also avoid it. There could be a reason.