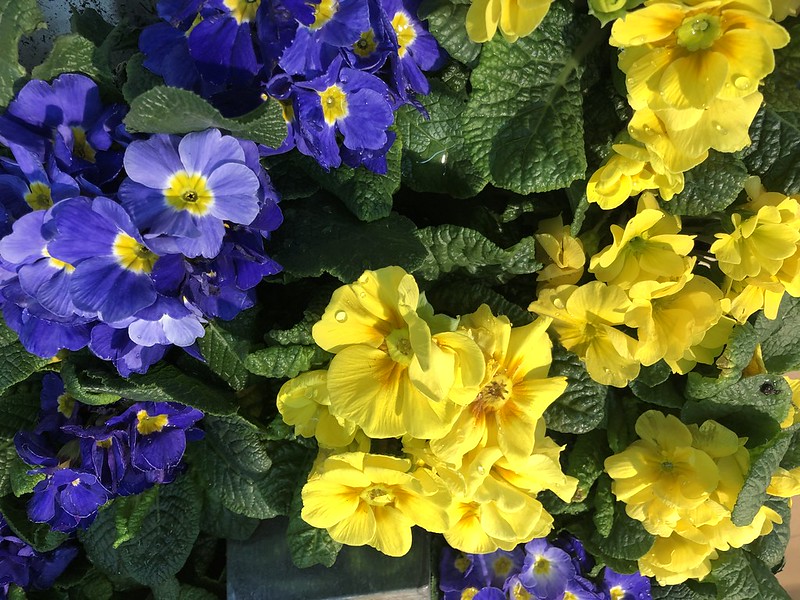 In blue and yellow

A glimpse of some roofs in our town of Solothurn, Switzerland

Part of the roof our our cathedral in Solothurn 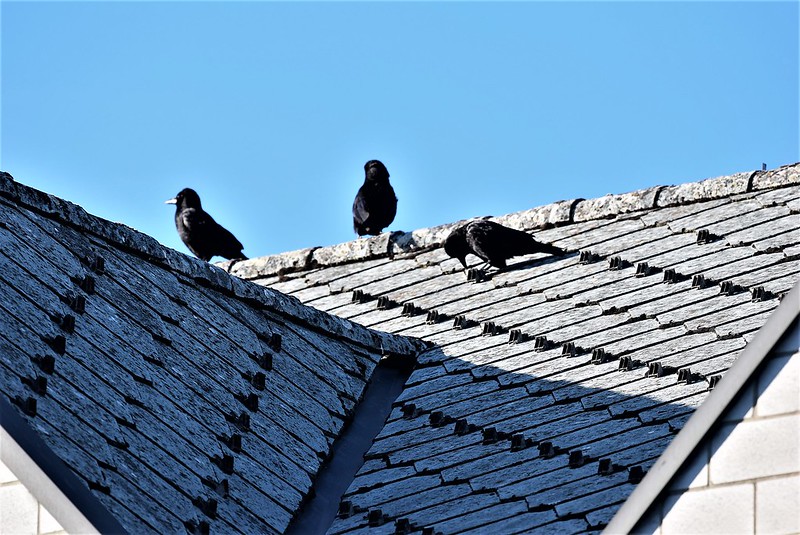 Give a crow a rooftop and it is happy

Hanging on for life
Defying laws of nature
The shamrock withstands 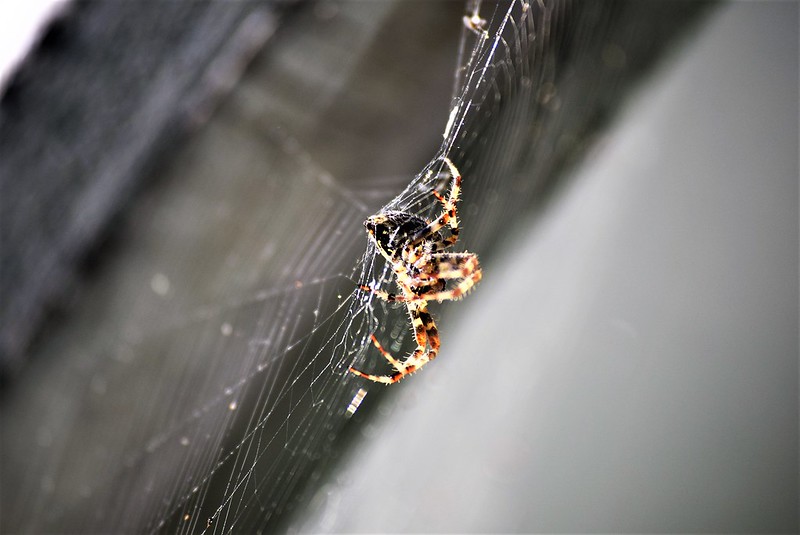 They hover everywhere in Summer, sometimes they even have a prepared lunch paket, wrapped in web of course. They stay in their own little corner of the world and wait. 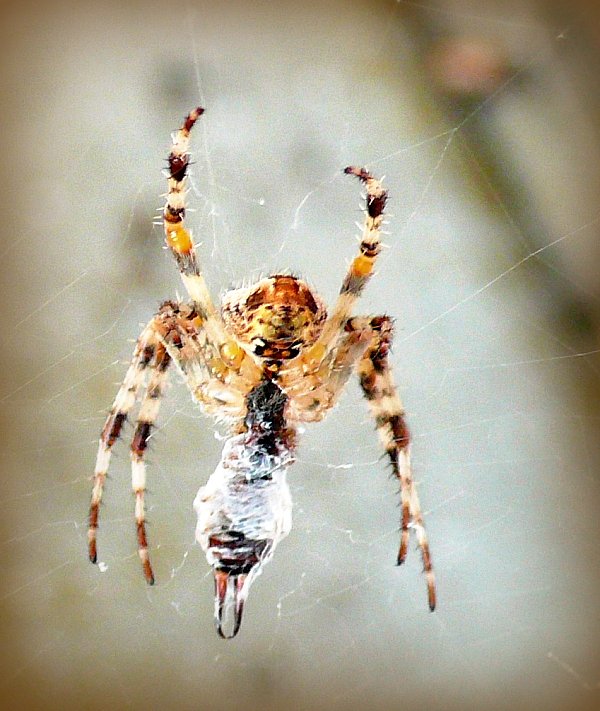 Something like this one. I believe it has a fully grown earwig in its parcel waiting to be devoured. We cook our meat in a pot or perhaps in an oven, spiders just suffocate it in a web and suck it dry. 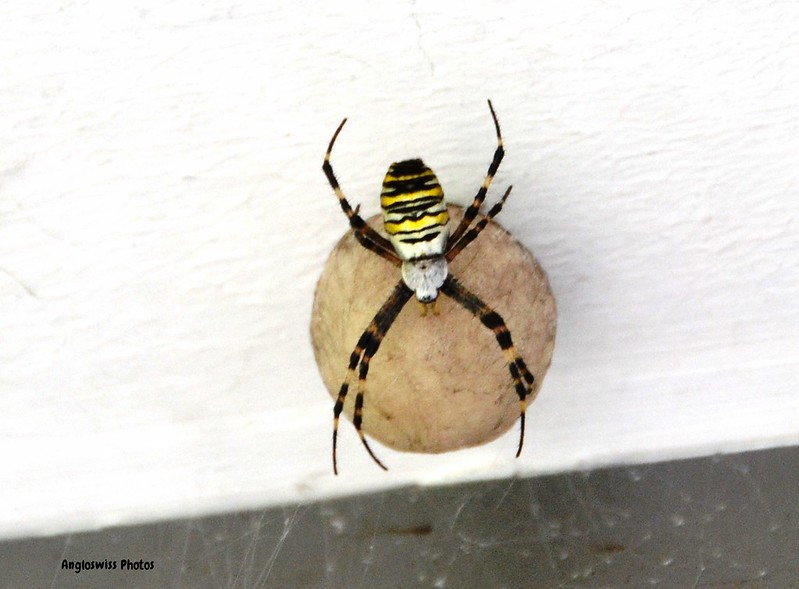 And if you wait patiently they might even produce their egg sack. This is a so-called St. Andrew’s Cross spider and it has been quite productive. It was hanging over my cupboard in the garden suspended by a few threads. And do not search for the male, the female probably digested him for lunch after they met. 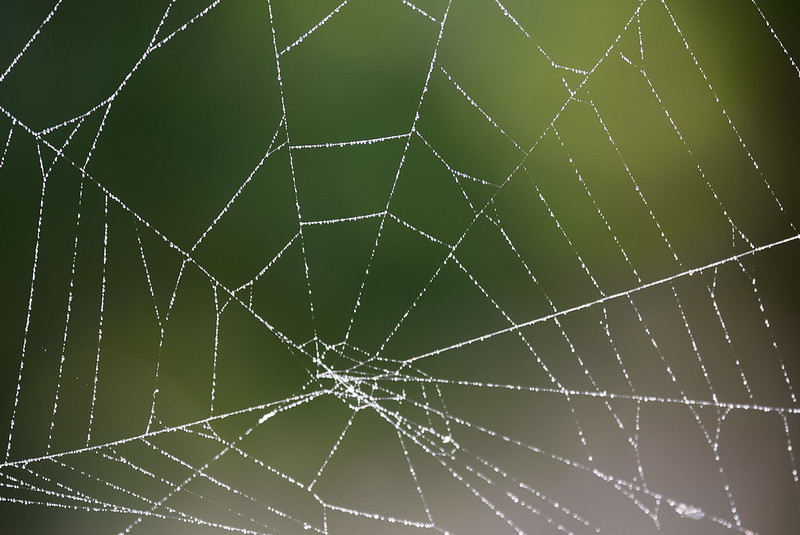 Of course spider’s also have an artistic flare and leave their designs behind when they have gone, just to say I was here.

Just steel blue skies this morning, so here is one from a few days ago with a few clouds. The same photo in the morning can get quite boring. This morning is cleaning lady day, so I am a little later than usual. I accompany her on the way and give my windows a polish whilst she is busy bringing my bathroom and shower up to date. I am now finished with my daily chores so time for a look in at what is going on in the computer world

Yesterday I gave my orchids their weekly dose of water and discovered that all sorts of various creeping objects had found a home there. This green shield bug was especially happy and was crawling all over my plant. We call them “stinkchäfer” in German and I do not think that needs an explanation. I suppose they do stink, but I have never annoyed one enough to find a smell. Another bug also appeared, a brown one, but that was so fast that he escaped before I could take a photo.

In the meanwhile I had a wasp buzzing around whilst I was preparing the evening meal so of course I took a photo before he flew on. It is now wasp time of the year, although this year I have not seen so many, but they are still preparing for the battle of the grapes and other delicacies. I have even watched as one of them cut out a piece of ham and flew off with it.

To continue with the creepy crawly act, I also saw a couple of these squirming around on the top of my raised bed, although they disappeared in the earth quite quickly, I think they were camera shy. I have no idea what it is, but looks like some sort of black shiny centipede.

Today is a day for I, me and myself. The work is done and dinner is cooking. I might even risk a little excursion this afternoon into town in this wonderful late summer weather that we have at the moment. Yesterday I did a tour of the supermarket to stock up on food and tomorrow is the great stress day (at least for me) for Mr. Swiss second eye operation combined with a shopping trip in the afternoon.

I had a little slip up with my computer this morning and suddenly I had a picture on the screen half the size and it also uploaded my unfinished blog. It is, of course, quite simple to correct the picture size, but being a golden oldie I had forgotten how it goes. However, auntie internet told me that all it needed was a strg 0 to get back to normal. Time to go, but I will leave you with a photo of a swan on the local river diving for some food and showing her paddling feet. We have had enough of insects this morning.