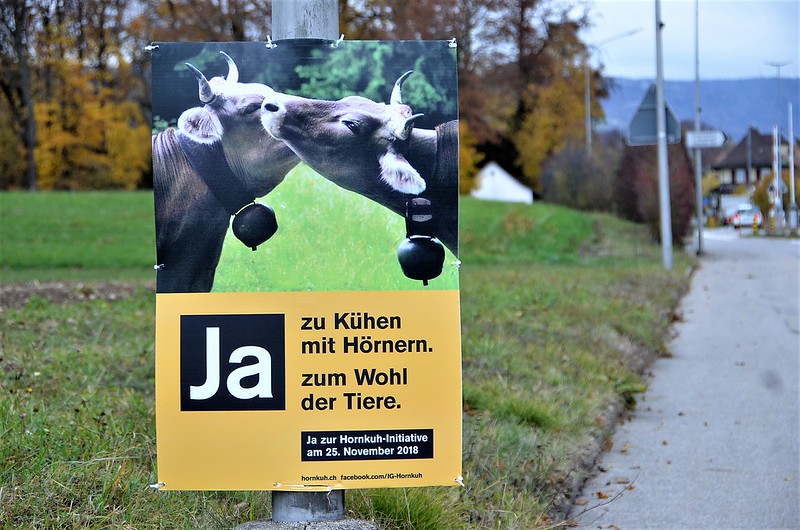 Bessie and Greta wanted to keep their horns. They were only calves, but when they saw the vet approaching with the burning irons to remove them, they kicked out with their hind legs and ran for it. It was then that farmer Jones began to think. “My cows want to keep their horns”. It was quite obvious after he got the doctor’s bill from the vet for injuries inflicted by a calf. And so he decided that not only Bessie and Greta should keep their horns, but all the other cows in the country.

He began to collect signatures and got the allowed amount to bring it to the vote. At last it would be official if accepted. The cows in his country would be able to walk around with their horned heads held hight. There were protests that horns were dangerous and that more room would be needed in the cow sheds, but farmer Jones continued and there was a vote. He had dreams of happy cows with horns on the pastures.

It happened something like this, I remember it well. The poster was shown everywhere and on 25th November 2018 the Swiss people could vote “Ja” to let the cows keep their horns. I was one of the voters that said Yes, I wanted my cows to let their horns grow. However, money speaks all languages and the building of larger barns would be more expensive and the danger of accidents with the horns was a middle point and the result was “Nein”. And so the Swiss cows are still hornless: not all of them, but most of them. I did find a few cows in our village whose farmer allowed them to keep their horns. 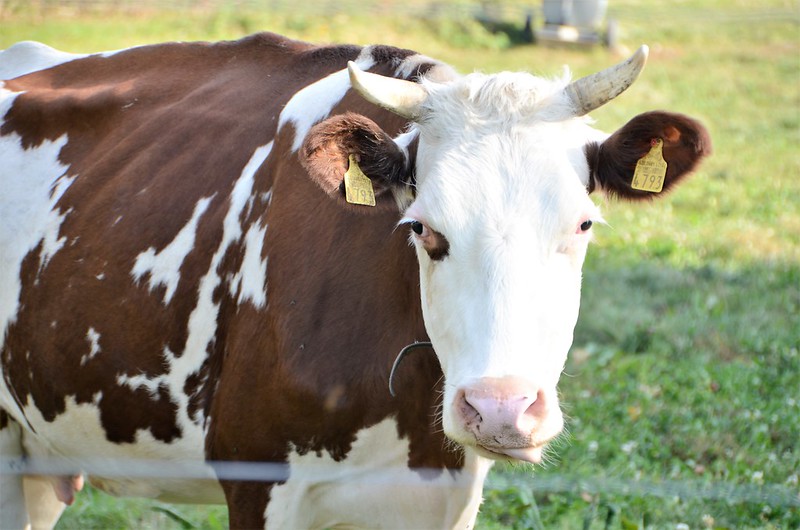 5 thoughts on “FOWC with Fandango: Advocate”