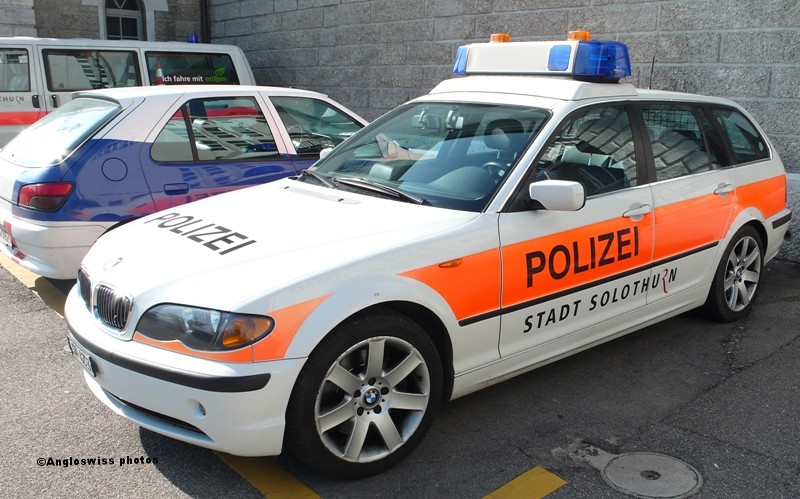 The police, your friend and helper, as the saying goes. Not at all acerbic, if you are not acerbic. Today I had a meeting by chance with them, something I have wanted for some time.

As some may know, I can get quite acerbic against people that park on the places reserved for the handicapped at the store. I have a permit and the others just find it quite handy to park there and so I am often forced to park on a field which is private.

So today I arrived at the parking spaces for the handicapped, and there were only two occupied out of seven, no problem of course. Then I saw two men dressed in their smart blue shirts with the word “Polizei” emblazoned everywhere and they were talking to one of the ladies in the supermarket from the customer service desk. I gathered that an irate customer got so acerbic he called the police to fine someone that was parked without permission. I say good luck to him, but it is not something I would do.

I heard the lady from customer service say “there is just nothing we can do, we cannot go absent from our desk and chase them away from the parking spaces, but some of the customers get very annoyed”.

That was my cue to say a few words “yes, it is very annoying when the parking spaces are occupied by visitors without a handicap, we depend on this extra large spaces next to the entrance” and one of the policemen made a mistake, he answered me and that was my cue to continue. The poor man had to listen to my complaints about Christmas holidays and Easter when there were no places left for those entitled to these special parking fields. I told him I am one of the customers that often complains, and the customer service lady nodded as we have known each other for many years.

It was a pleasant conversation, and I at last got some satisfaction in having my say. I was not acidic at all, how could you be when you have two nice guys looking good in their uniform, it was something like a TV film. Their blue shirts were really quite sexy and they even had their name badge on the shirt. I suppose they must have had their gun somewhere, but I was too interested in my conversation to notice.