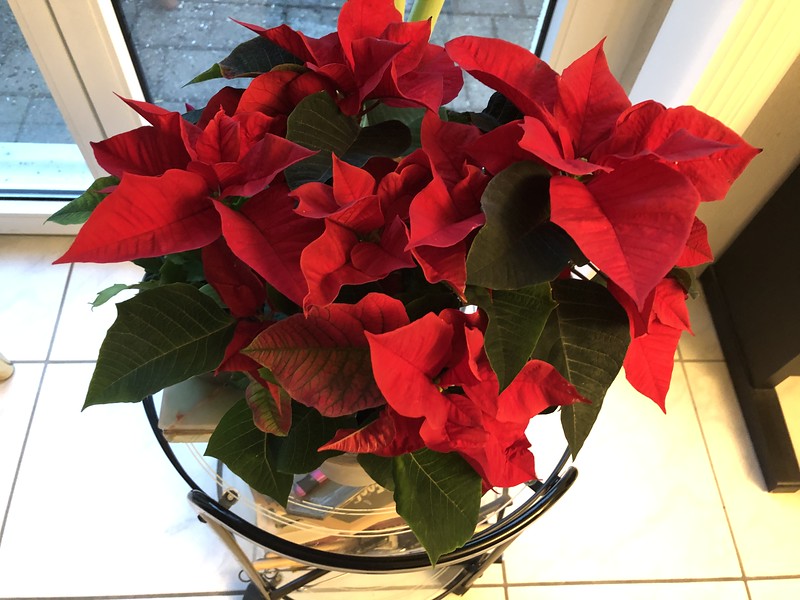 We only see them at Christmas, but I am sure in some parts of the world they flower during the year.

Now and again I might say a few words that could qualify as blaspheming. It is an advantage when you are bilingual in english and German, you have a choice. Although I am actualy quadro lingual. My native tongue would be cockney english, and my second is Swiss German.

There are untold opportunities to blaspheme and the nice thing about it is that no-one understands you if you choose the right language at the right time in the right place. Mr. Swiss tells me I should not use such words, but where did I get them from? He even mixes a little french into his expressions. And look what happens to the sky when I might utter a wrong word in the wrong place. All I can say is Gottfried Stutz, cor blimey, nom de dieu  and that is putting it mildly. 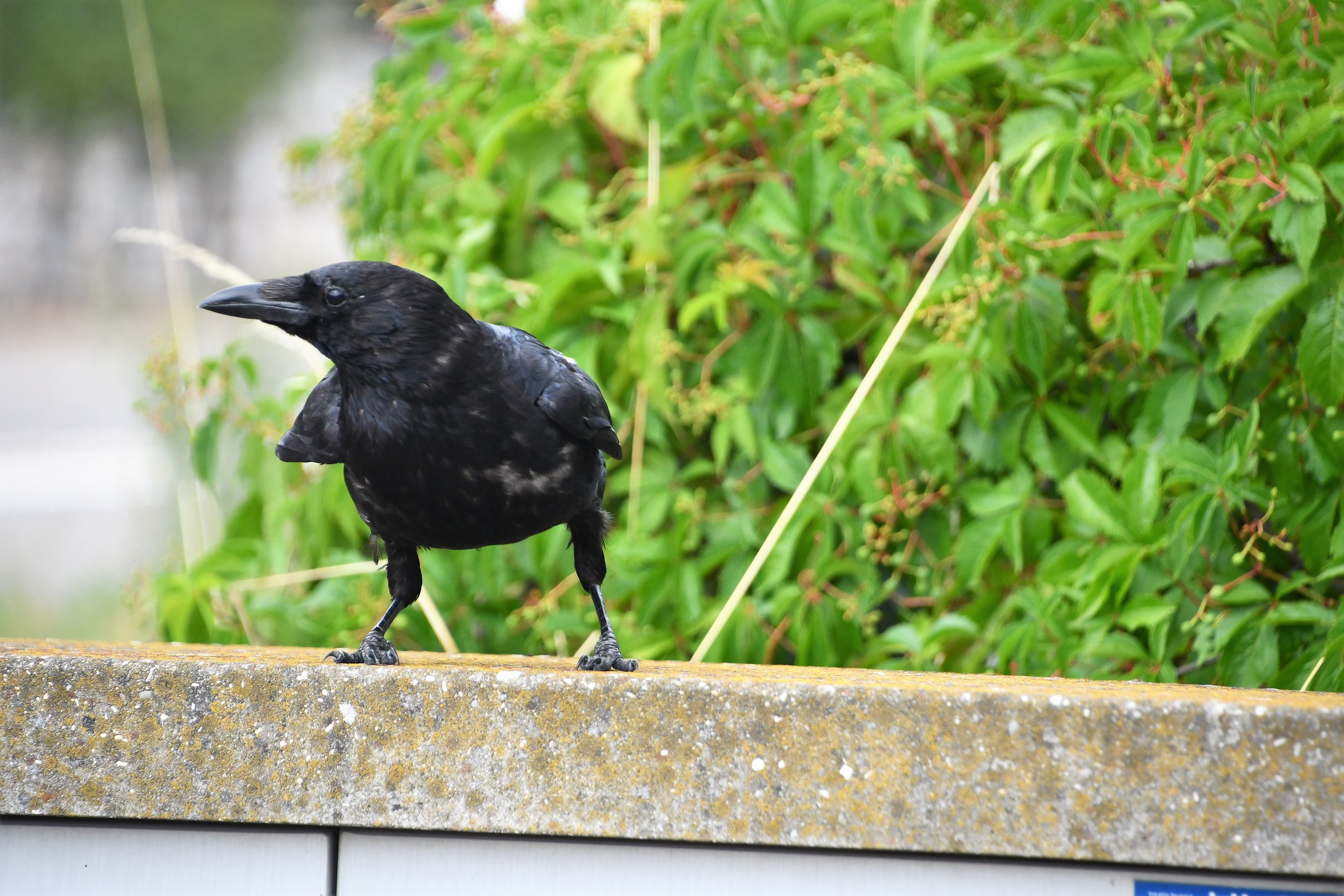 This crow caught my attention last week. He or she was sitting on a wall for a while and nicely posing for a few photos. I decided to hang around. Perhaps I might get a good shot somewhere. Crows are usually not so good on a photo, too much black and too little details. However this one was close enough to see some details. And then, as if someone gave it a nudge, it decided to take a flight and yes, I was there for the commencement of the flight. 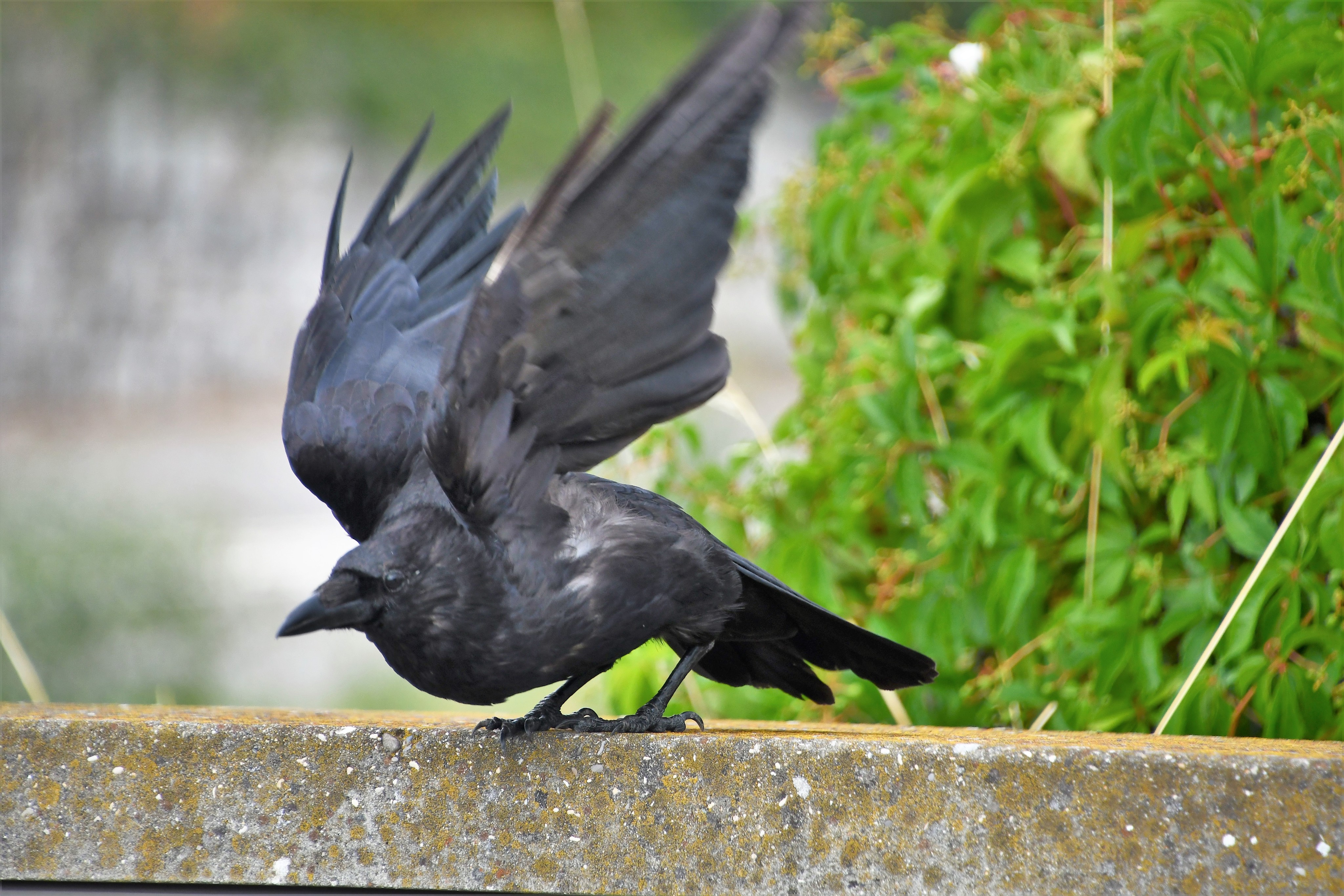 For me it was worth waiting for as it sank down and raised its wings and I had for me the photo of the month. I never realised how a bird commenced a flight but now I have it on picture. Sometimes it is the little things in life that give pleasure. 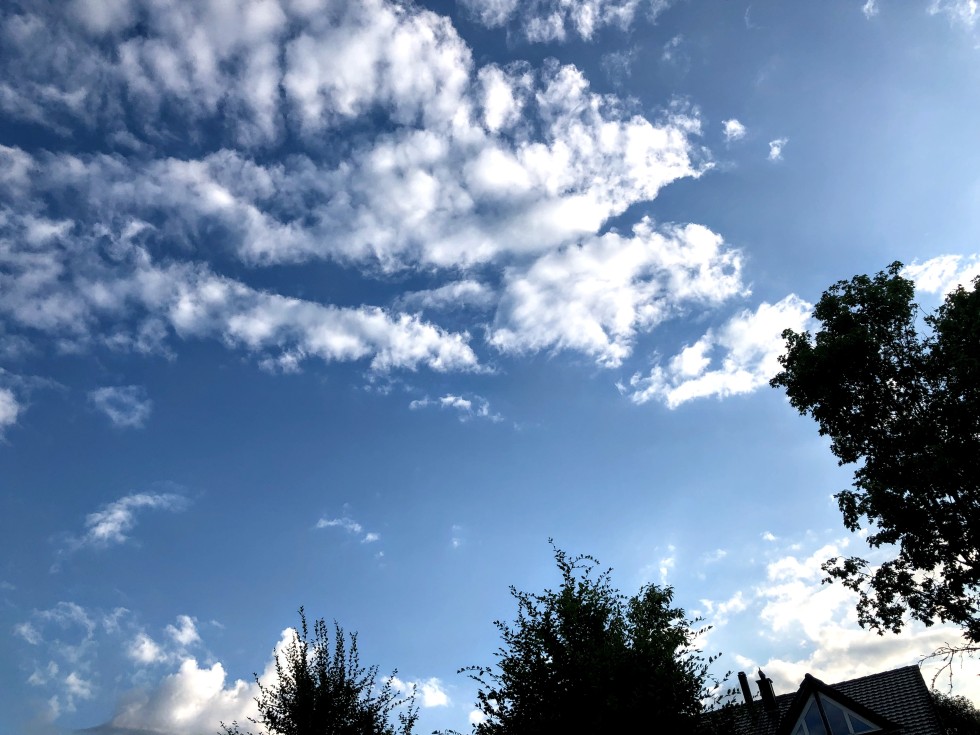 I really wanted to get an early start this morning and rising from the bed was the first step. I was relieved that after my injection yesterday I had no repercussions again with fever chills as the last time and it was most probably again a one off. It can happen. The last time was more than a year ago, but really unpleasant and it knocks you off your feet.  Anyhow today I am fighting fit and ready to go. Since I now also have all my photos in Google, as well as Flickr, it is twice the work in the morning to upload the morning shots, but it is worth it. WordPress have an agreement with Google photos and I can put them direct into my blog. There are advantages in both systems. Photography just happens to be one of my hobbies. 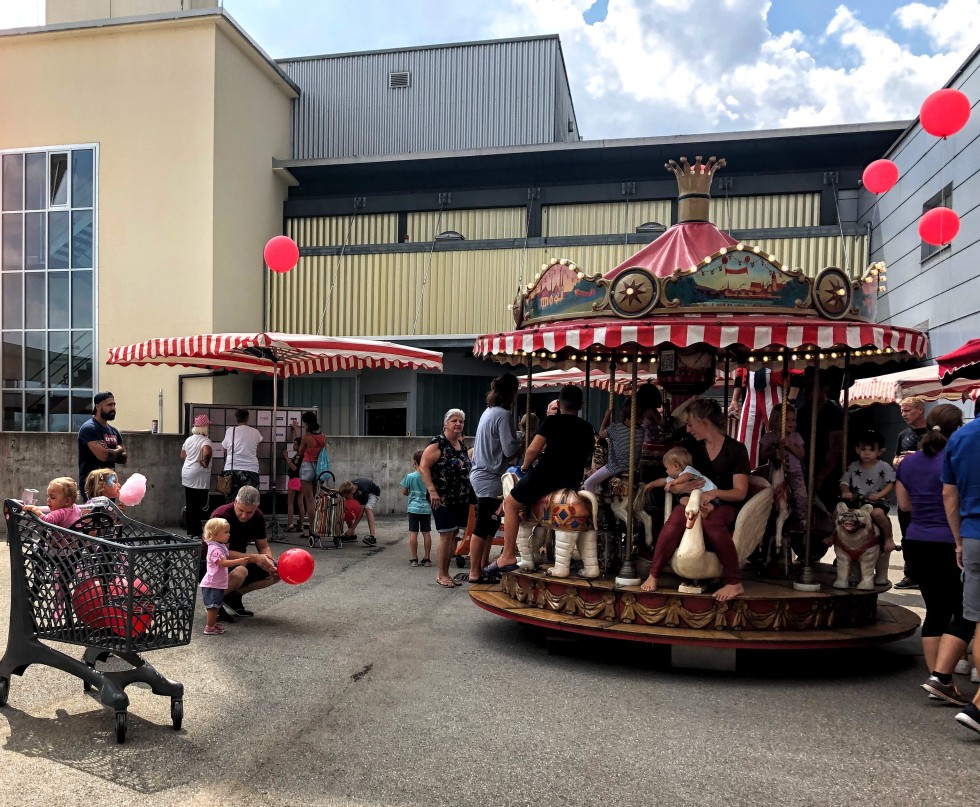 Yesterday was week-end shopping day and I was surprised to see so much action outside the mall where the supermarket is. A small fairground had been constructed for the kids.

It was all in the name of circus as the Swiss national circus, Knie, arrived in town a couple of days ago and sent a troop to the local store grounds. It was something completely different, especially when this guy was walking around and talking to the kids. 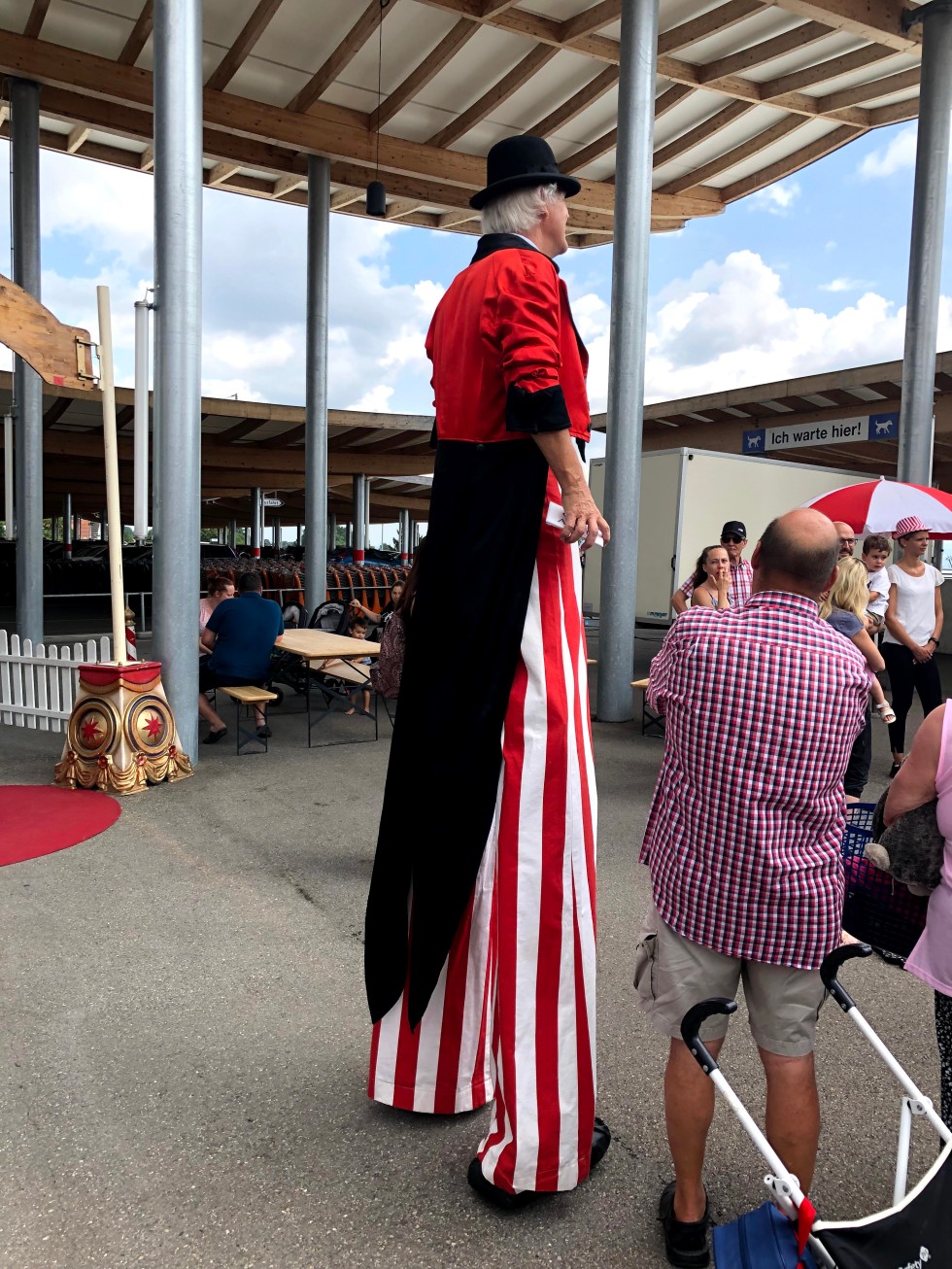 I don’t know how he does it, but he afterwards went inside the mall and took a walk around. He seemed to be quite confident on his feet.

However I continued with my shopping and knocked the items off my iphone list as I progressed. It is such a relief when you eventually have nothing on the list, but always a hope that you have not forgotten anything. Friday is important to remember, because I would otherwise have to make an extra trip on Saturday afternoon for the forgotten items which is very inconvenient. That would be one of the busiest times to go shopping.

I bought myself yet another potted rose yesterday. I decided on another colour. They did not have a great choice, but this was the only one with this colour. I am hoping the buds will open and give me a nice display for a month. Afterwards I would like to plant my two pots in my raised bed to see if they grow further next year. They not really expensive at 12.50 Swiss Francs (the frank is about 1 to 1 to the dollar at the moment). I had some luck in unluck this week. As I was leaving the car my bag turned upside down and spilt some of the contents. There were a few coins that got wedged between the car seat and I had to spend time pushing the seat back to get everything, which was a first one for me. I am still learning the workings of this car. So when I eventually pushed the seat back the first thing I saw was a fifty Swiss Franc note which had been laying there for some time unnoticed. I did not even miss it. So I decided to treat myself to my discovery and hence the roses.

I also took time yesterday to clean up the cushions on the seats outside. My cat likes to use them as a bed now and again. He does not have a favourite cushion, but likes to try them all. First of all I cleaned off the fur, which was enough to clothe a cat from head to paw. The material is teflon coated so with a damp cloth I wiped them all over and now they look like new. I decided this was something I should do more often. To be quite honest I only bothered in the first place because Mr. Swiss said they are not looking so good and we should get new ones (typical man, just replace it).  I decided to make them look good again and success. Mr. Swiss is happy with the result. Up to now Tabby my cat has avoided the new look.

And now to the daily routine. Good weather, some sun and not too hot, so what could be better in my part of the world. I hope your world is also doing well. See you around some time later when I hope to have a nice day behind me. Perhaps I might go places and see things.