Yesterday I showed this strange object outside our supermarket. 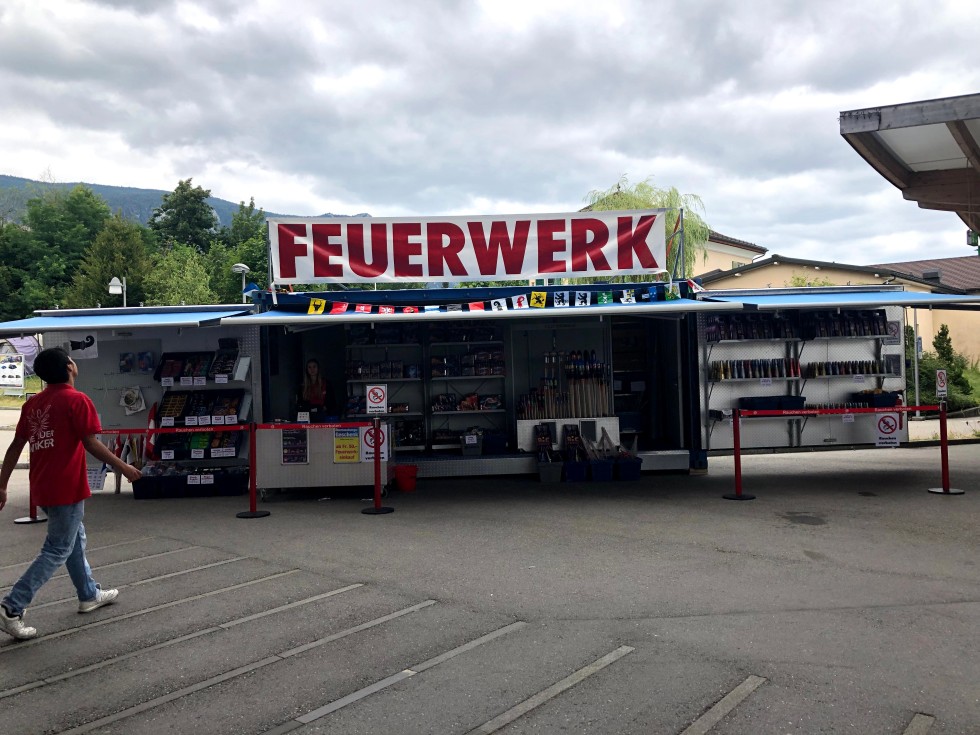 Today the secret has been revealed and the container has open it steel doors wide. It is not a shelter for the homeless, but contains the firework (Feuerwerk) to be sold for our 1st August National holiday in honour of being Swiss, something like 4th July in the States or 5th November in Britain when everyone celebrates the attempt of Guy Fawkes to blow up the British Parliment building. 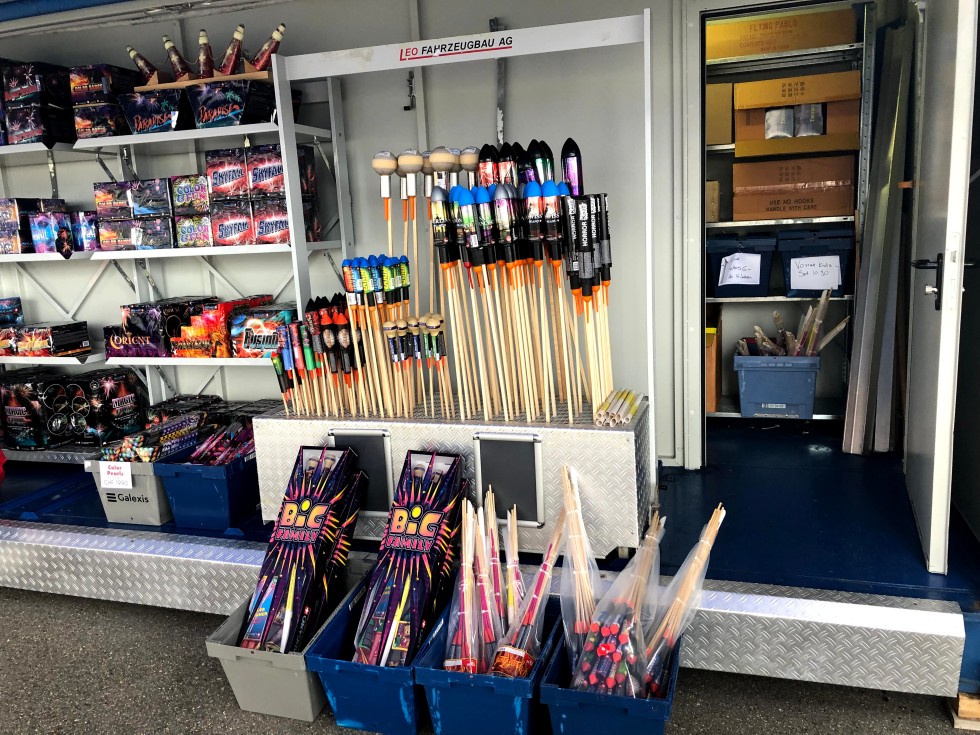 It is packed full of fireworks, rockets and things that go bang. 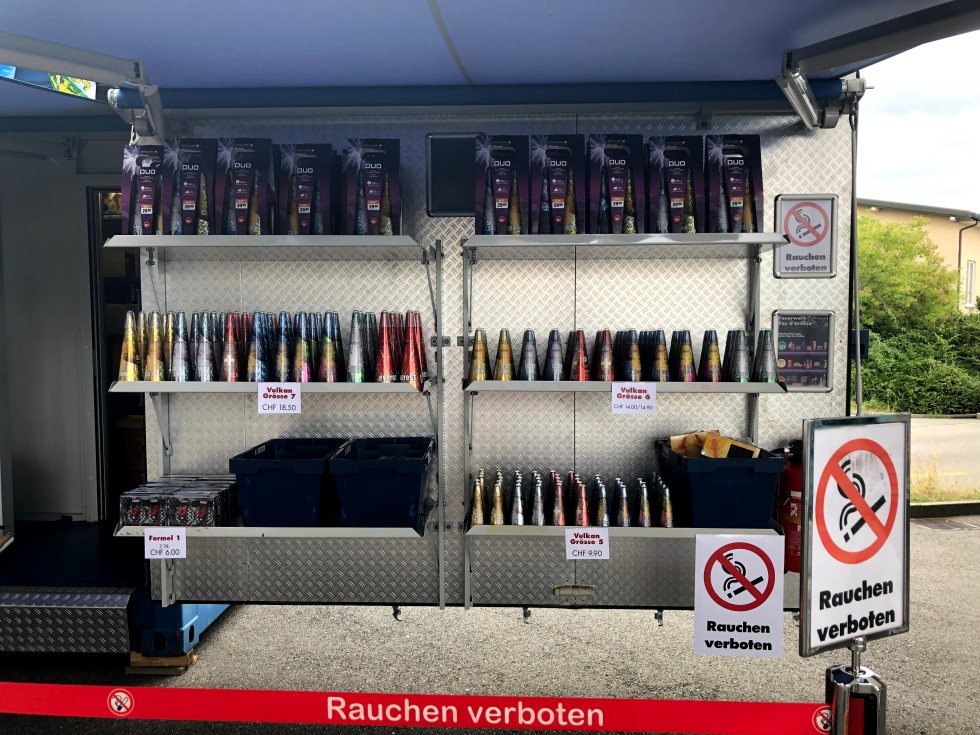 and is complete with many signs saying that smoking is forbidden (Rauchen Verboten). I would not advise to go camping in the great outdoors on 1st August, it could be that you might get hit by a firework. There will be explosions everywhere, meaning that Tabby my cat will probably be camping under the bed during the night.

Actually some of the stores have even forbidden the sales of the explosives this year in connection with the changing of the climate, although in the name of profit and sales it will continue.

The question remains, what are the Swiss celebrating? It was an evening somewhere in the middle of Switzerland back in the olden days,  where three guys from different parts of the area met in a field, had a drink of a liter or two of wine and roasted their cervelat (Swiss sausage) over a fire. Things got a little out of hand (they were slightly inebriated)  and they decided let’s build a country. An so it all began. At the beginning there were just 3 Kantons and today we have 26 (I think). We have an army, 4 languages and a few religions as well as banks. Do not forget the banks. And that would be the history of Switzerland. OK, there is a little more to it, but read it up in Wikipedia.

6 thoughts on “One Word Challenge: Camp”