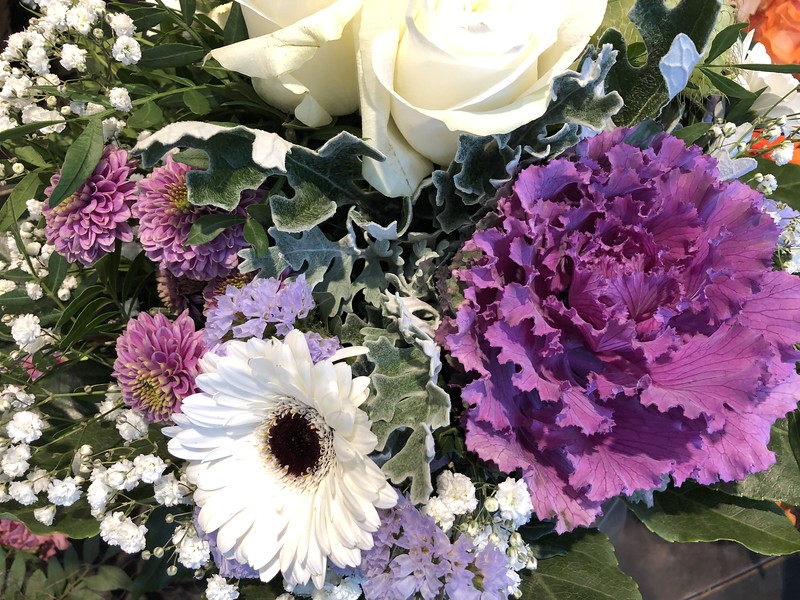 Excerpt from “The Walrus and the Carpenter” by Lewis Carroll

“The time has come,” the Walrus said,
“To talk of many things:
Of shoes–and ships–and sealing-wax–
Of cabbages–and kings–
And why the sea is boiling hot–
And whether pigs have wings.”

We have a cabbage but only a Queen Rose

It’s just a little village
Very small and neat
We even have a railway
That travels on the street
There are humans, there are horses
And we also have some cows
The rooster and his hens are there
From our morning sleep to rouse
There is a road running through it
which is our method of escape
Although we return again
To see our district landscape
There are trees, many flowers
There might even be some weeds
Our meadows grow quite regularly
When the flowers spread their seeds
If you are ever in Switzerland,
Just call and let me know
But better come in Summer
In Winter we are covered in snow 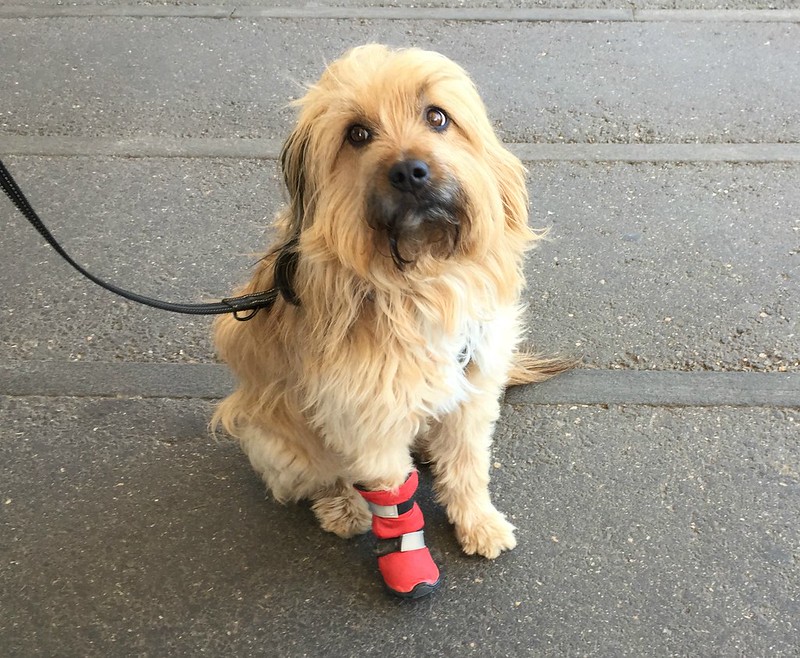 My friend’s dog wearing his shoe. He was wandering the streets in Croatia and found by an adoption agency. My friend wanted to adopt and so Fuzzy travelled to Switzerland to become her little dog. Unfortunately he had a problem with the right paw . It had a deformation from birth and so the vet gave him his own little shoe to wear to protect the foot.

In the meanwhile Fuzzy no longer needs his little shoe, although he wore it for many months. He has now been operated and can make his way just like the other dogs. 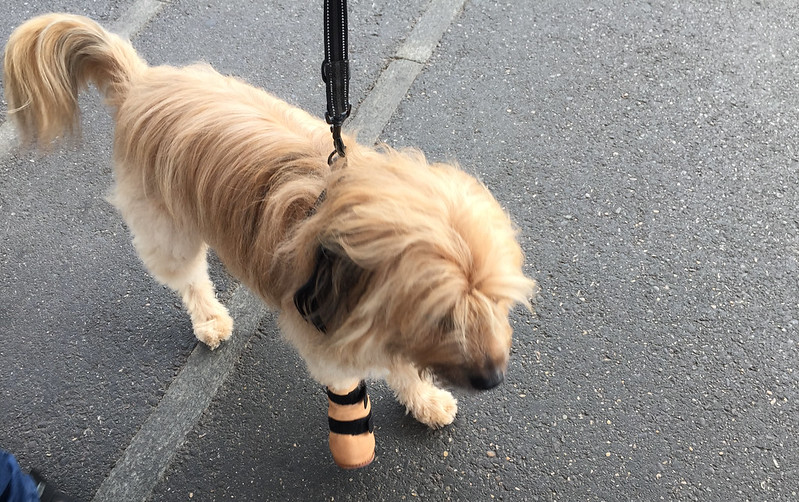 And here he is with his other shoe. Even dogs have to go with the fashion and like to change the colour.

For a change we begin with yesterday evening. It was approaching sunset and so I was cloud gazing again from my comfortable chair on the porch and saw this cloud formation. Perhaps it was the trail of a giant spaceship approaching earth from another world, who knows It was a quiet evening so I decided it was more a mood of the evening sky.

Five minutes later we got this one over our village and this was really sundown mood. It was a very pleasant evening and at last our hot, hot, hot weather is beginning to behave itself: still temperatures around 30°C but a cooling breeze to accompany them.

As I predicted, I was away yesterday morning, busy accompanying Mr. Swiss to the eye doctor.  He had a preliminary check up before the operation, which will be happening at end August/beginning September. It was quite a stress yesterday as I drove off at 10.00 a.m. and we were only finished at 11.30. He also had an informative talk with the anaesthetist (another word I had to check the spelling of). They will be removing the lens of his eye(s) (second one will be done two weeks later) and replacing them with new lens made of acryl glass, the first steps to becoming a bionic man. If only they could replace all body parts with such an ease. I was present at the talks to make sure we both get it right and for me also informative, as my left eye will be rechecked in a year to see how it is progressing and I will probably be having the same operation. There was also the option of having it lasered (when you would probably no longer need to wear glasses), but when you are 80 years old that is no longer so important. It will all be carried by the insurance. If you wish for laser operation, you pay the thousand francs yourself.

I dead headed a few plants in my garden this morning. Already I am cutting the dead flowers away. It seems such a short time that they flower. This one (believed to be a smaller sunflower) opened its bud this week and there are a few to follow.

I notice with this summertime that all sorts of strange insects are finding their way into our apartment, although nothing too bad. I was just a little perturbed yesterday evening when Mr. Swiss told me he met a centipede on the way to the bedroom. It was so fast it disappeared before he could do something about it, although he never kills an insect, just helps them to find their way outside again. I think my reaction would have been to place my foot on its body and it hundreds of legs after taking a photo of course.

Today I will be catching up a bit on my housework. Yesterday I did the general tidying up after lunch as I was away in the morning. Today I want to polish up a few windows (no great cleaning operation necessary). I was surprised yesterday morning just as I was thinking about leaving with Mr. Swiss and my cleaning lady arrived at the door. She had forgotten I postponed the work for this week and then she remembered. Man is a creature of habit it seems.

My habit tells me to go shopping this afternoon. After more or less giving up with driving a car when Mr. Swiss got retired, I never thought that I would be a regular driver again and  chauffeur for my other half as well. Life has many changes when you grow older.

So make the most of the day, whether working, on holiday or just sleeping through the night. I hope to be back after my daily aventures at home and in the store.

The next plant I am waiting to open its buds in my garden, just a normal sedum.