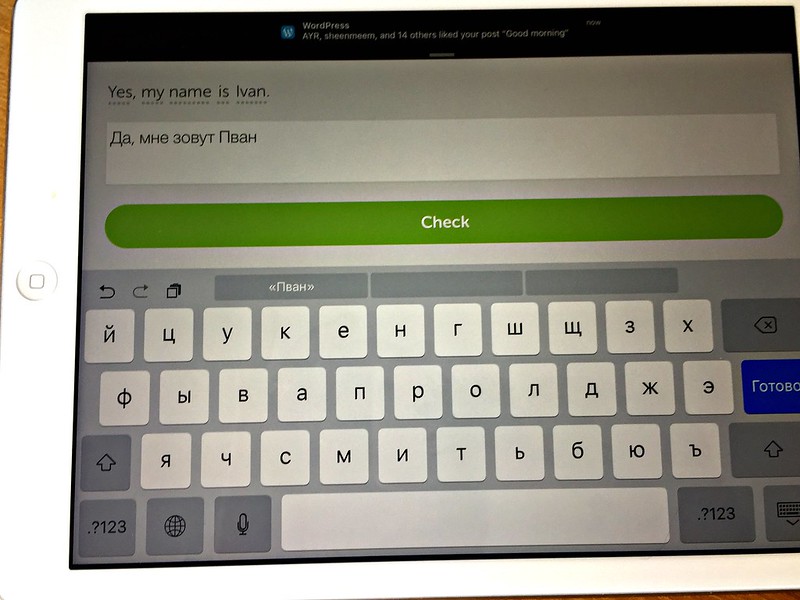 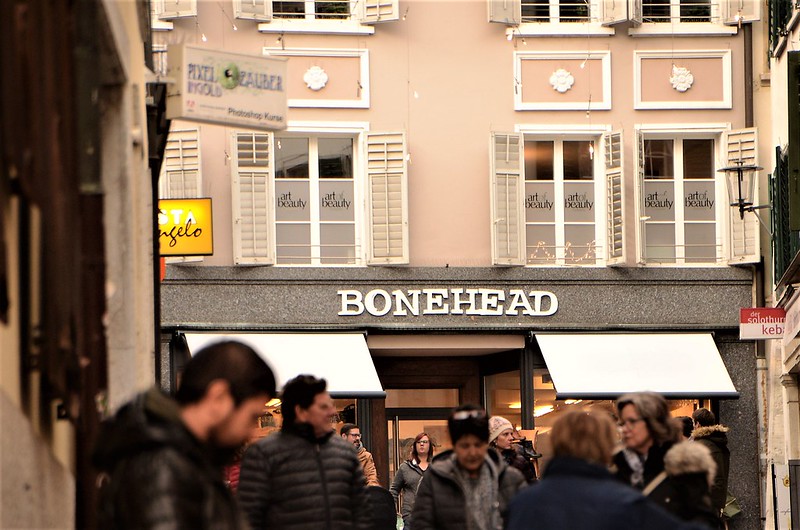 It was the name of the shop (in Switzerland). 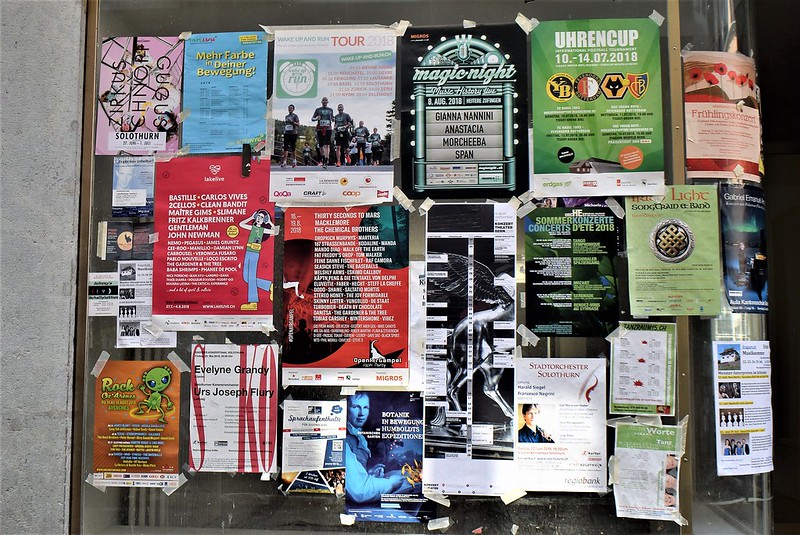 Posters on an empty shop window 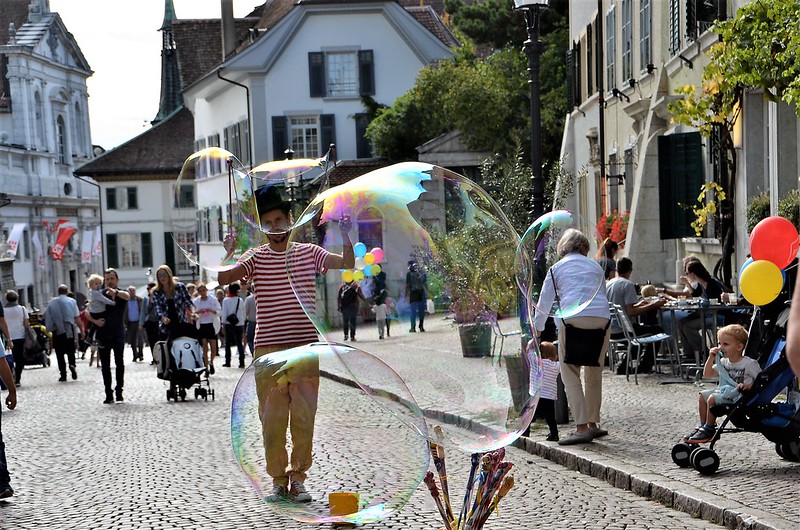 This guy seems to be an expert at bubbles. We have everything in our local town, but this was the time of the annual trade fair and it would the first thing I saw when I entered the town, so I took a few photos. 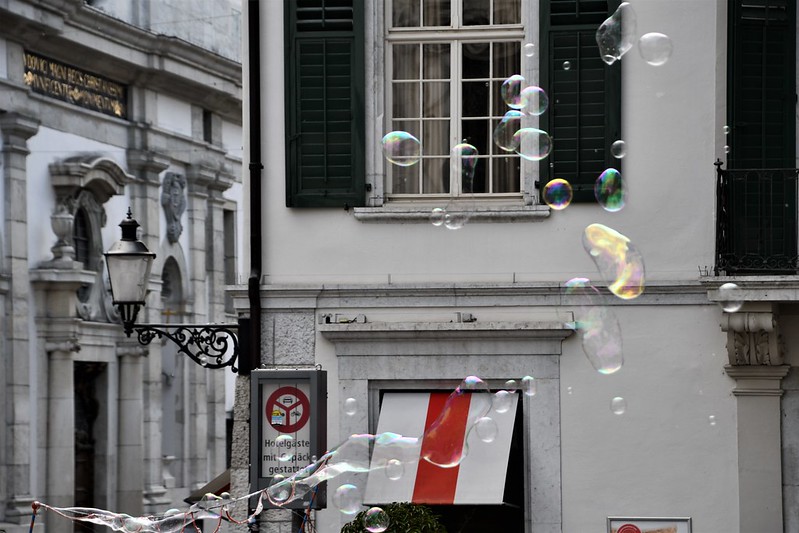 And then there was a lady that also decided to produce a few bubbles in our town.

I just had a memory of the West Ham United soccer team that I supported when I was still a Brit living in London. They had a theme tune “I’m forever blowing bubbles” and it was sung at most of the matches. This particular Youtube version was recorded at Wembley for a cup final match. 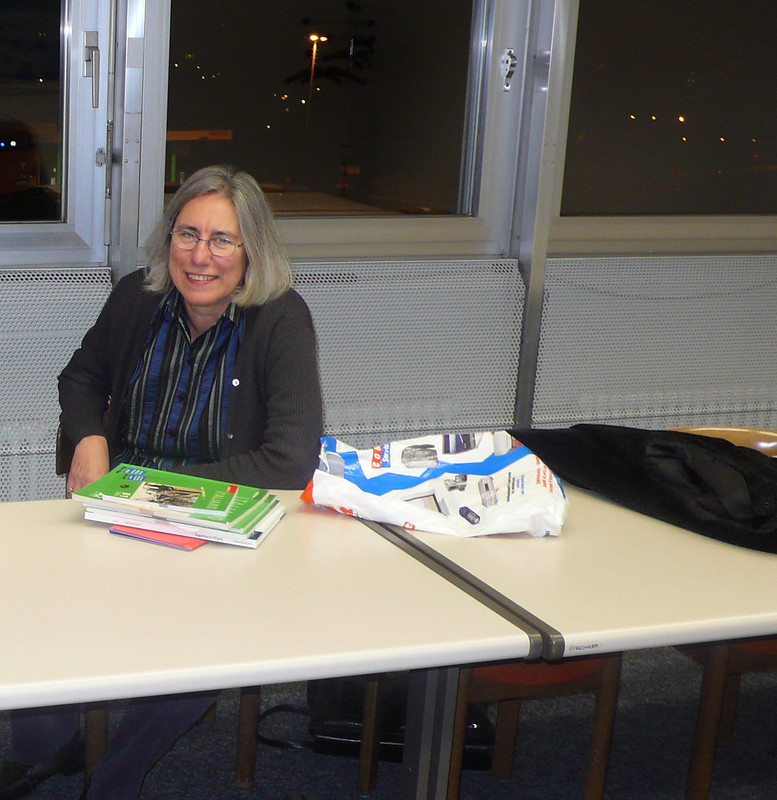 I was a pupil by accident. It was the year 2007, 12 years younger. I was always studying something new, usually a language. I had my 12 years of learning Russian behind me in evening classes, another 2 years of arabic and decided enough was enough until a friend told me that she did not want to complete her Italian course, because she no longer had the time. She was only half way through and said I could continue for her, knowing that I had dabbled in Italian in my younger years.

I thought it over. This was not a beginner’s class, but already in the third year, although based on my theory that if you do not know the word in Italian just add an “a”, “o” or “e” to the english word and you have success. My theory was basically correct, but italian grammar was naturally completely different to english grammar especially in an advanced class. However, I joined this advanced class and scraped along for two years. I am sure Cicero would have been proud of me.

I can still get by with my Italian knowledge today using the a, o and e forumula and if it is a plural word add an “i”. As a golden oldie today, I no longer embark on such adventures. I am a permanent pupil in learning the Swiss German language and Mr. Swiss still corrects me after 50 years of marriage.