What a wonderful morning. I had to go on a search for some clouds but found them as they are deciding to say goodbye for the day. I even found the moon who was still hovering around reflecting the sunlight. Yes, we now have summer and our weather prophets have already issued the warning that we are to expect temperatures of 38°C this week. I noticed yesterday that the heat had arrived. Only late in the evening did i feel a cool breeze. For me this means that my camera excursions will be less as I can no longer travel around in my wheelchair when it gets too hot.  I feel very uncomfortable.

My garden is naturally thriving under this weather and so are the insects. As long as they stay outside I do not mind. Yesterday Mr. Swiss spotted a giant spider in the apartment in the evening, but I have not yet met him and do not want to. We do not have the poisonous varieties in Switzerland unless imported on a bunch of bananas and this morning he had disappeared. Otherwise there is a odd earwig that has taken the wrong path, some other unknown creepers and fliers and outside we have many firebugs. 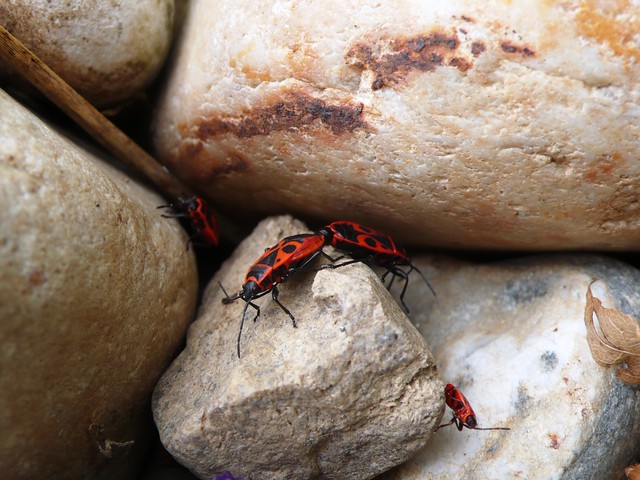 These do not do any harm an are more busy walking around attached in pairs to propagate the species. I think their main diet consists of chewing seeds.

Today I am off to the store again and we are gradually compiling the list of things to buy. There is a bit of a stressy time approaching. Tomorrow I take Mr. Swiss to the doc for a routine examination. Next week he has his eye operation for a new lens, two weeks later they will do the second eye. In between I will have to take my son to the station on a Saturday morning to get the 7.30 am train to the next station where he will get on the coach to take him and his handicapped group to Italy for a two week holiday. These things used to be dealt with by Mr. Swiss, but now it has fallen into my department of responsibility. 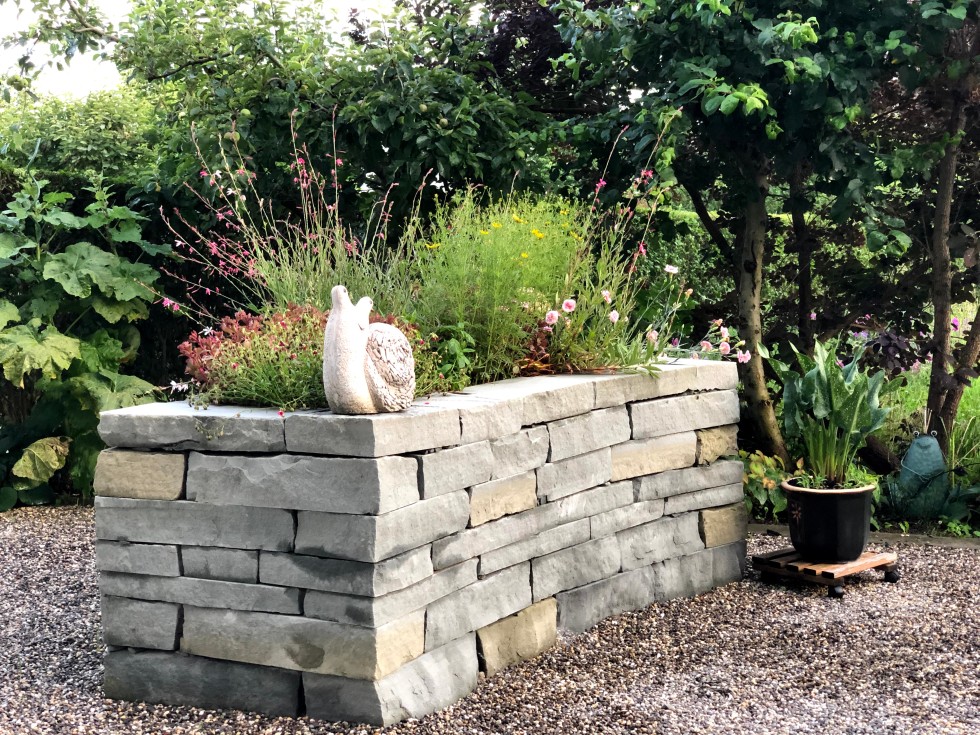 I should now really get a start to the day whilst the weather is still cool enough. It is finished with rain now for a while and another chore I have is watering the garden in the evening, although Mr. Swiss helps with the front garden, whilst I do the back garden.

We now have the lazy hazy days of Summer upon us. Funny how we look forward to it and when they arrive we wish it would cool down, My cat has now begun to sleep outside during the night, she has also now switched to her summer programme.

Enjoy the day everyone and think of me this morning when I will probably be doing my weekly clean up of the doors (one of my housewife hobbies). I hope to see you around later. My new google photo programme likes to play with my photos now an again and after taking a few photos of my garden yesterday, it has combined them to a sort of panorama photo, which I found quite good.