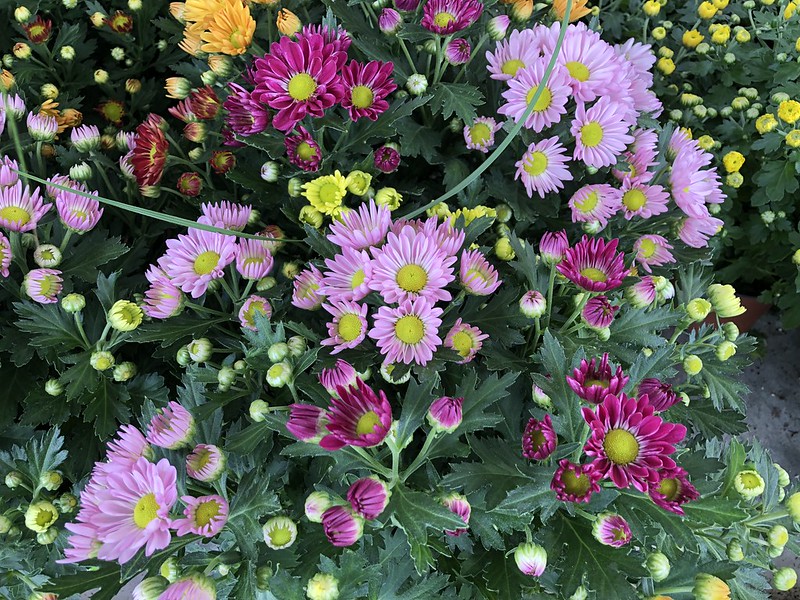 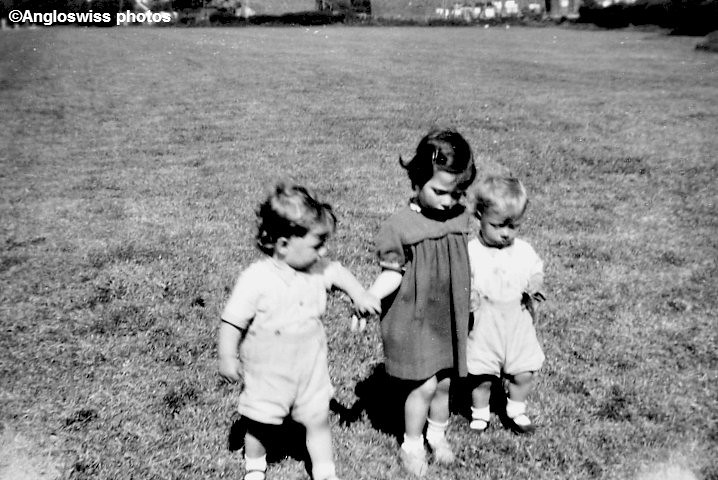 Taking a walk on the common with my cousins in the country (me in the middle). They are a year youger than me (twins) and I must have been about 2 or 3 years old at the time. Today I am 73 years old, how time flies.

I just arrived home from my Monday shopping: no big deal but I got what I needed including my bread. Actually I bought two breads. The photo is of a Tessin bread, which is typical for the Italian part of Switzerland. It is white bread. Some might be shaking their heads as it is not fully packed with the healthy whole meal flour, but I happen to like an unhealthy white bread now and again. 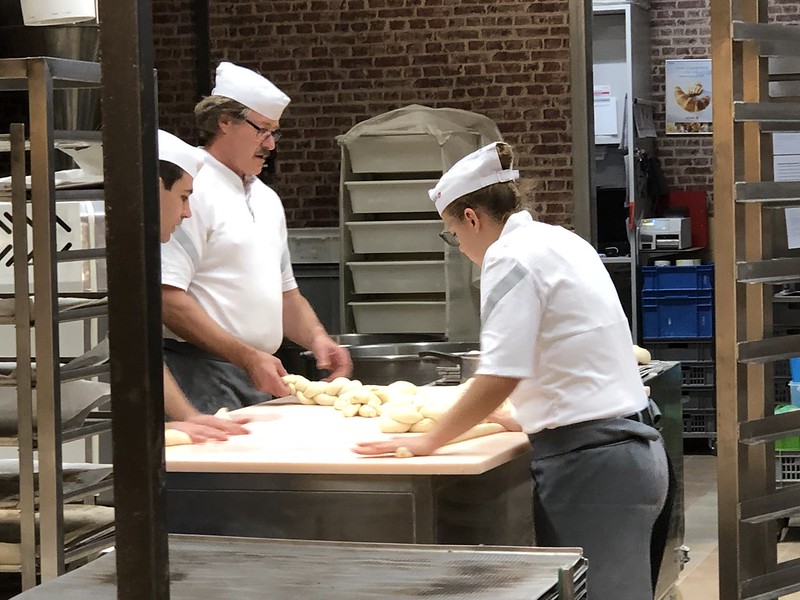 They actually make the bread and bake it fresh in our store and you can see them at work from the supermarket. It is a daily product so you really would not buy anything old and stale.

This afternoon I saw the Tessin bread on the shelf and took one. Just as I was walking away one of the bakers arrived from the bakery and filled up the shelf with more Tessin bread, straight from the oven and still hot. What does Mrs. Angloswiss do? No she does not immediately replace the bread she had bought and takes a new one which is still piping hot. She deals with the remainder of her shopping. Half an hour later she returns to the shelf and replaces the bread she bought at the beginning of her shopping tour. She naturally replaces it with one of the fresher baked breads. I did not want any embarrassing looks from the other customers, or even the bakers.

i am loving this shopping on my own. I am becoming a real business woman. By the way the second bread I bought was a so-called “Landbrot” (country bread) and that was a dark bread and guess what, it was warm when I took it from the shelf, but that one is for tomorrow.

Oh what a sumptuous life I lead.

The days of the interesting sunsets are now her where the sky has a light show in the early evening. I was out watering the garden and generally make a habit of looking up to see if there is anything interesting in the sky, which often pays off, as yesterday. This morning is a nice sunny day with blue skies and the weather is really getting warmer.

I went for a wheelie into town yesterday afternoon and at last my photo programme in flickr is back on track, so I spent most of the rest of the afternoon and evening uploading and sorting all my photos. Now I also have them all in google, although not really twice the work as google is ideal for WordPress. I have discovered you can never have too many photo programmes and files in various places, especially if it is a hobby.

I was surprised to see crowds in town when I arrived. It seems that the Bernese Kantonal Bank were having their annual day and this time the main theme was for the children. I wrote about it in my blog yesterday Subject: Putter with various photos. The town was full of children and their parents and after spending an hour in the crowds I was glad to go again. Being in a wheelchair is not such a problem usually, people tend to make allowances for it, but yesterday it was all in the name of children and I had to avoid them and not the other way around.

On the way I had a look to see how the stork parents were managing high up on their tower next to the local high school. There is also a baby stork in the nest, although no longer so small, but he was having a quiet moment when I took the photo. We have a stork colony in a nearby village and there are storks everywhere in our area. As I wheeled to the stork nest a guy and his wife parked their car  on the road and began to walk in the same direction. He packed out his pocket camra and also began to take photos. They saw me with my camera and naturally we had contact and exchanged a few words.

I then heard a noise above and looked up to see a helicopter flying. As it was not a rescue helicopter, I think it was also taking photos of the event in town, probably for the Bernese Bank affair as public relations.

Otherwise it was a pleasant day and I was out on the porch with computer until 9.00 in the evening. At last the summer days are approaching and I can tank up again on fresh air. I contacted the gardener this morning as everything is growing and expanding  including the hedges which now need a trim, so another bill to pay eventually.

Today is a day of shopping in the afternoon so I will be again on the road getting in the provisions for the next couple of days. And now I am on my way by foot to take care of the apartment. A woman’s work is never done. Have a good day and enjoy. See you around later.

I saw this growing in our local castle grounds. I am not sure what it is, but according to my plantsnap it is, or might be, a leucadendron, which says nothing to me.