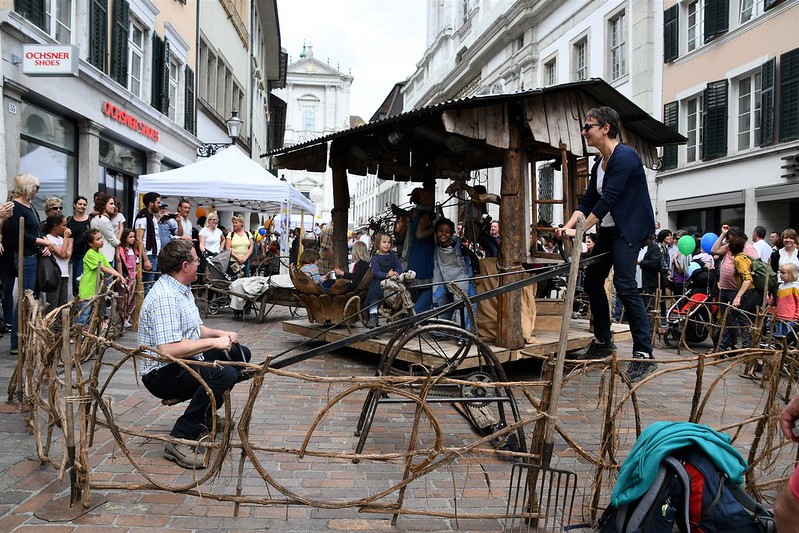 I do not play golf and in my numerous photo archives, about 80,000, do not have a single photo of a golf club or golf course. Of course I am very good at puttering around so I saddled up my wheelchair and made my way into town. I did not really want to go to town, as Sundays can be quite boring. The streets are usually empty, the stores are closed and there is only action on our restaurant mile along the river. However, today i was wrong.

As I approached the town I could hear noise. I met a gentleman, who was not local and he asked me what was going on in town to make so much noise. I was alert, my boring day of puttering around had now found a reason. I told him I had no idea, but would now investigate with my camera. I left him still pondering about the noise and entered town.

It was full of small tents and attractions, mainly for the younger generation, children.  Apparently the Bernese Kantonal Bank were having their days of fun, puttering for all, in our town on Sunday. Generally I enjoy such events, it makes a change, but I was not really in the mood for crowds, especially kids. There were carousels in town, and games. Generally I have no problem with my wheelchair, people are very generous and tend to move to one side when they see me coming.

Today was different: no-one moved anywhere and the kids were pushing to be the first on the carousel or the trains. 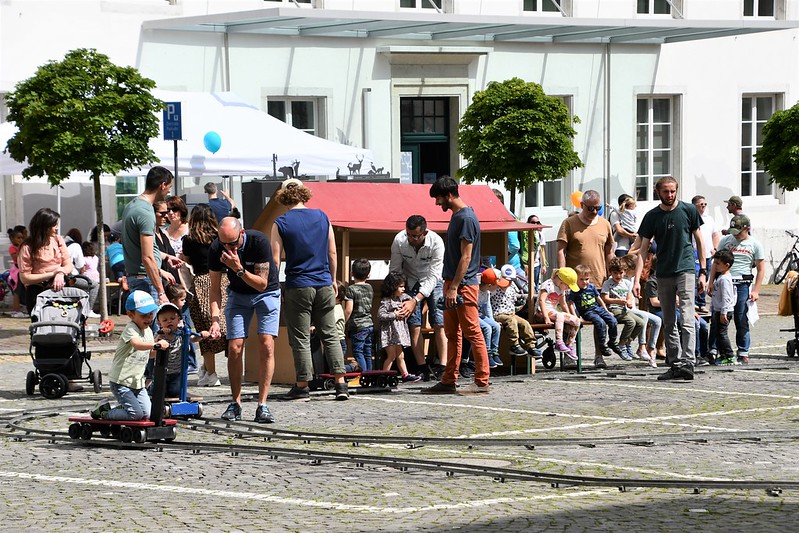 The complete square had been taken over by a railway, thanks to the Bernese Kantonal Bank. The old town was occupied had become a game paradise – for kids of course. Where there was a space there was a toy. 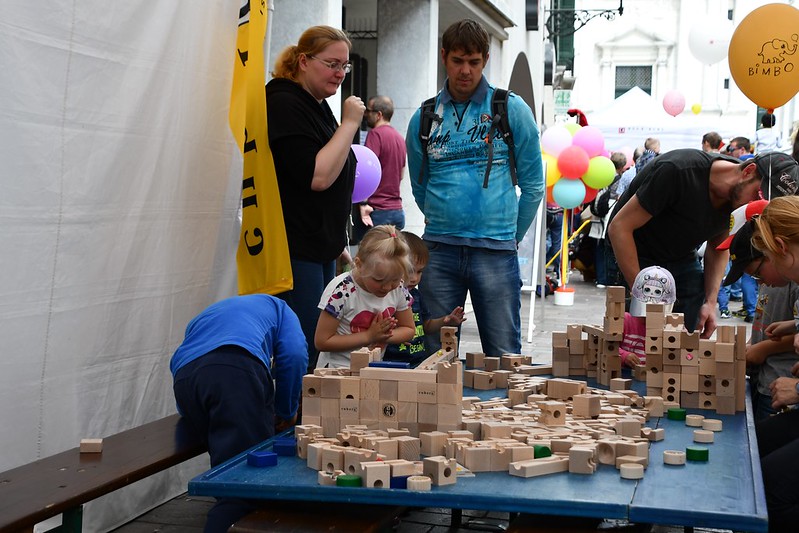 I took a few photos and then escaped. It was just too much for me on a Sunday: definitely too much puttering in the hands of little children. I decided to escape, it was too much for a golden oldie. There were people everywhere and each adult seemed to have one or two or more kids. If it had been raining I would have probably stayed at home, but it was a lovely sunny day. All I wanted was some peace and quiet and so I arrived home and me and my computer enjoyed a quiet couple of hours: no more puttering around.