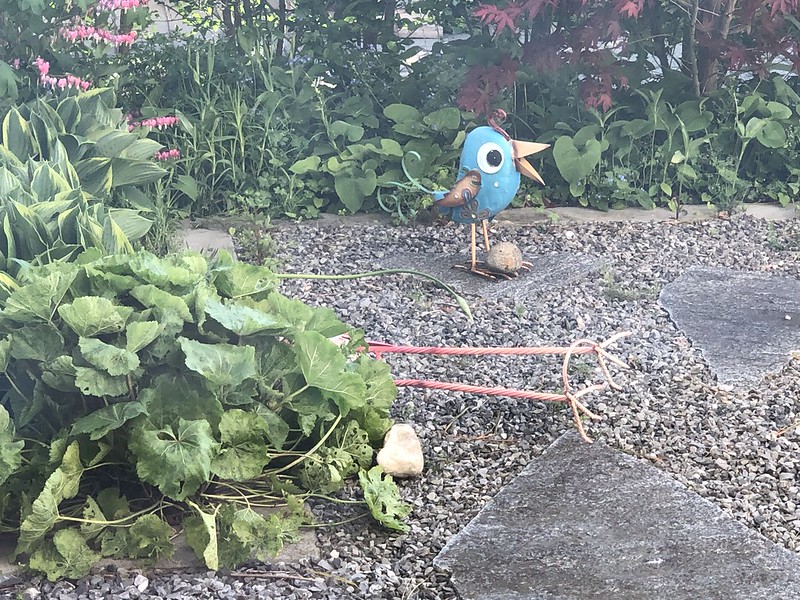 Everything was surprisingly quiet in my front garden this morning. Even the birds were no longer singing, which aroused my curiosity. I decided to investigate and then I saw it. Two legs poking through the greenery. 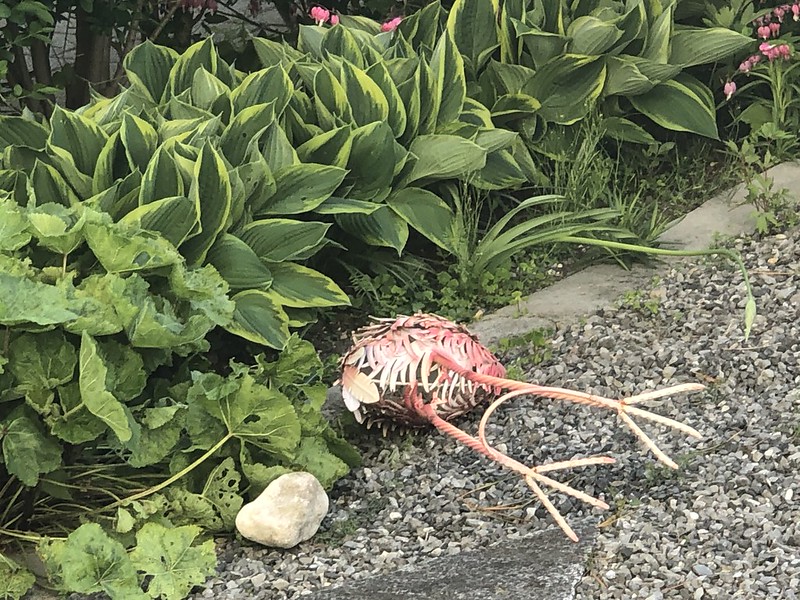 I decided to take a closer look. Oh shock, my garden flamingo had collapsed, or was it murder. I noticed that as soon as it arrived in the garden the other birds were jealous. Of course the pink flamingo got all the attention. 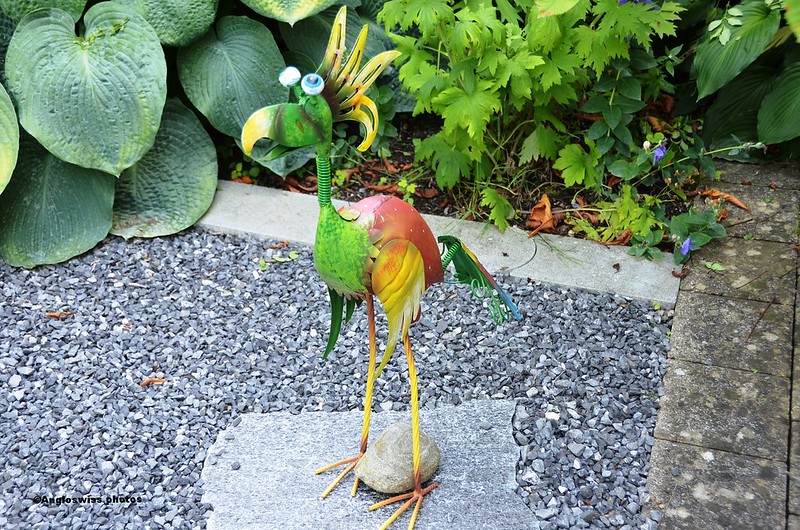 I suspected my bird of paradise, but he just looked in the other direction. He was always looking in the same corner. I decided to have a post mortem on my flamingo, but he was still breathing as he usually breathes, silently. I decided to give him CPR and he began to move his legs, so all was not lost. It seems it was the wind that made him lose his balance, but as soon as he was back on his feet again, with his stone weight between the legs for balance, he had recovered. I suspected that the bird of paradise was not totally innocent and had move the stone during the night when he tends to come alive. 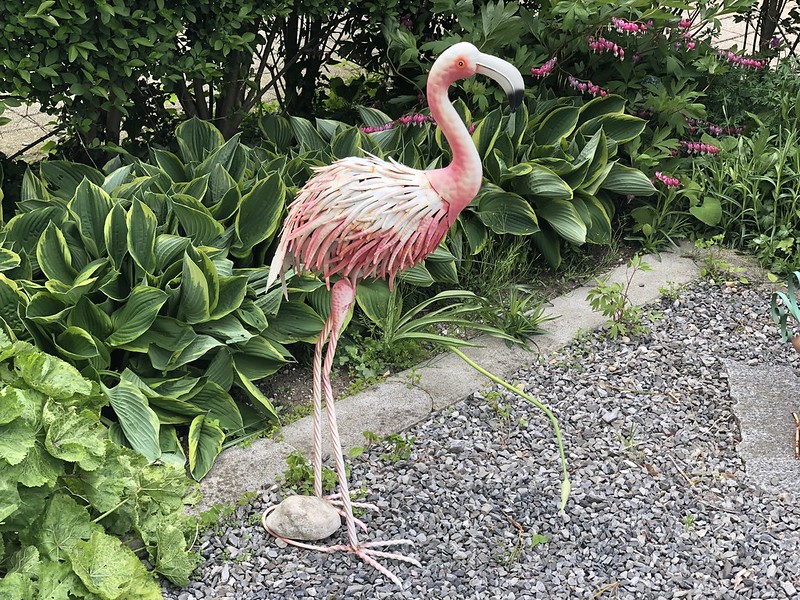 4 thoughts on “FOWC with Fandango: Curious”