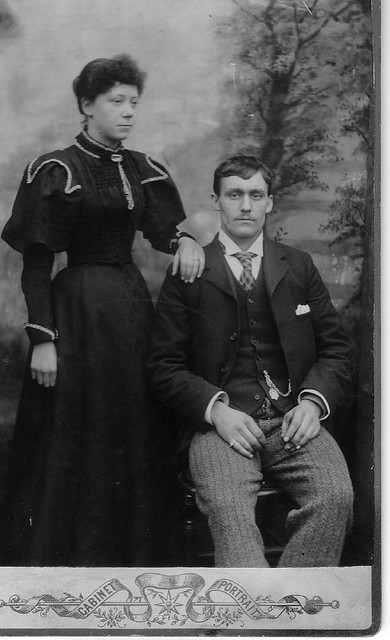 They certainly looked distinguised dressed in their Sunday best, my great grandfather Jason and great grandmother Emily. And she had a figure with a wasp sized waistline. He was a farm labourer and she was his wife and mother of 16 children, although my grandmother always told me she was the only girl and had eleven brothers, so a few got lost on the way.

The last photo I found was many years later. My grandmother, being the last born, meant that her mother must have been in her later years when she arrived and definitely older than 40 years.. 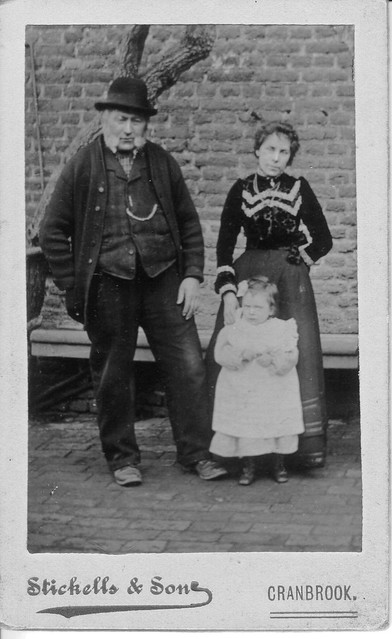 Great grandmother Emily’s wasp waist was still there, perhaps a little thicker and great grandfather’s moustache had now become so-called mutton chops. And he was still wearing his watch chain on his waistcoat. The athletic style figure was now the Victorian gentleman, but it did not seem to bother my grandmother. She was now quite the distinguished little girl with her leather boots.

They lived in the priests house at Sissinghurst castle in England. 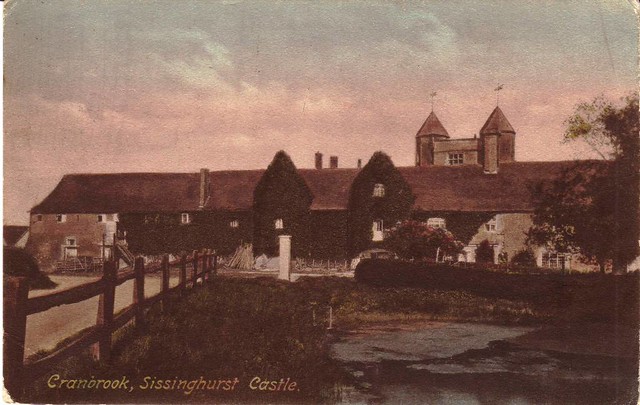 The photos and postcard are very old, sort of family heirloom.