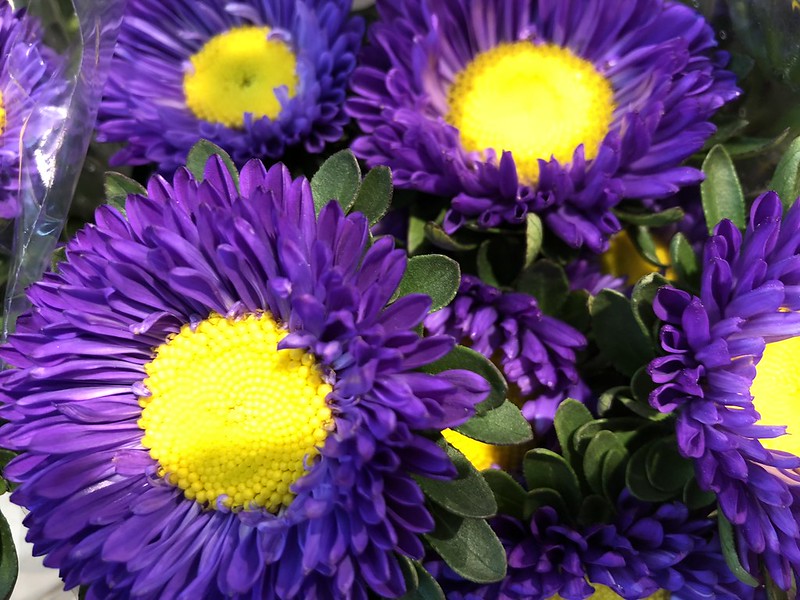 And a beautiful bunch they are, seen in the local store as most of my flowers. It would cost me a fortune if I bought them all for my little garden.

You have problems with semantics?

There is a little village on the Island of Angelsey on the Welsh Coast (part of the British Isles) with 57 letters in its name, if you can actually say the name. It always fascinated me as a kid.

But speaking of semantics, another word I had to look up. Yes every language has its problems.

And you want to discuss what a word actually means. I grew up speaking english (cockney actually), I learned French and German at school and decided to go to Switzerland when I was 20. Actually I would have gone anywhere, but the Swiss had a job for me and so here I am 50 years later. I soon realised that the German I was taught at school was nothing like the German the Swiss speak. Even the Germans do not always understand the Swiss when they speak their dialect. I found this little video on youtube on “How to speak Swiss German”. We not only speak a different dialect to the Germans, but have our own way of saying things. Yes life has not been easy languagewise in Switzerland but I did it. I speak this strange contortion of the throat muscles daily and people actually understand me. 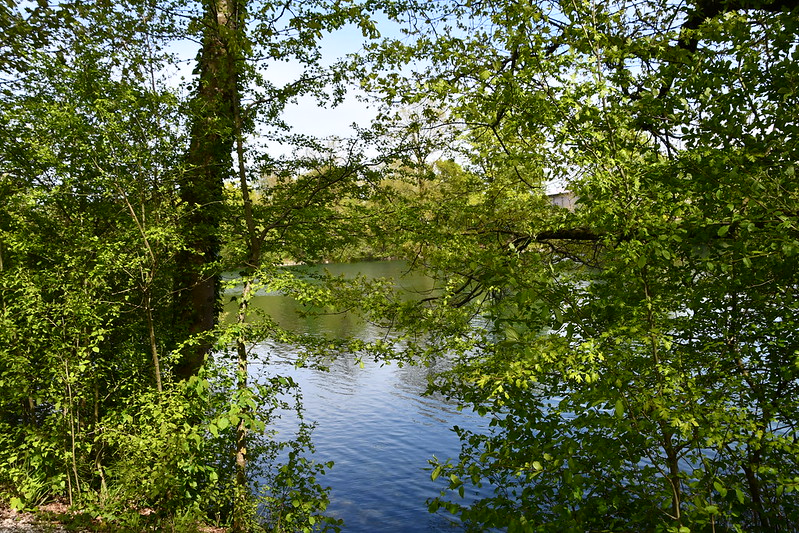 A photo taken on my way home yesterday: something to be grateful for, although I am not the nostalgic type. I do not really do grateful, just say thank you and when I do I mean it.

Today I was in the supermarket. They have a special sort of meat slice in their own mustard sauce and it is really good, but since a couple of weeks you can now only get it in plastic packing. You really do not know how many slices of meat are in the plastic and one of the staff told me that they are not selling it open over the counter at the moment as they need more room for the various meats that people want to grill. Today it has only rained once, and it began some time during the night. I really do not think that it is weather for buying marinated meat to cook on an open fire outside in the garden. However, today there was a young lady serving who greeted me by my name. Everyone knows me in the supermarket. And so I said it was a shame that the meat in the mustard sauce was no longer being sold over the counter. She told me that is no problem, she will have a look if they have some sauce. She then cut three slices of meat for me and mixed it with the sauce. At last one of the family’s favourites was again available for me thanks to a shop assistant. It is the little things in life that give you a grateful feeling.

And so now back to normal life, where we are all fighting for our rights. Never thank a politician, they just want to be re-elected.

And just one thing, yes, I am Grateful (with a capital “G”) to get out of bed in the morning, even if it does get increasingly more difficult. 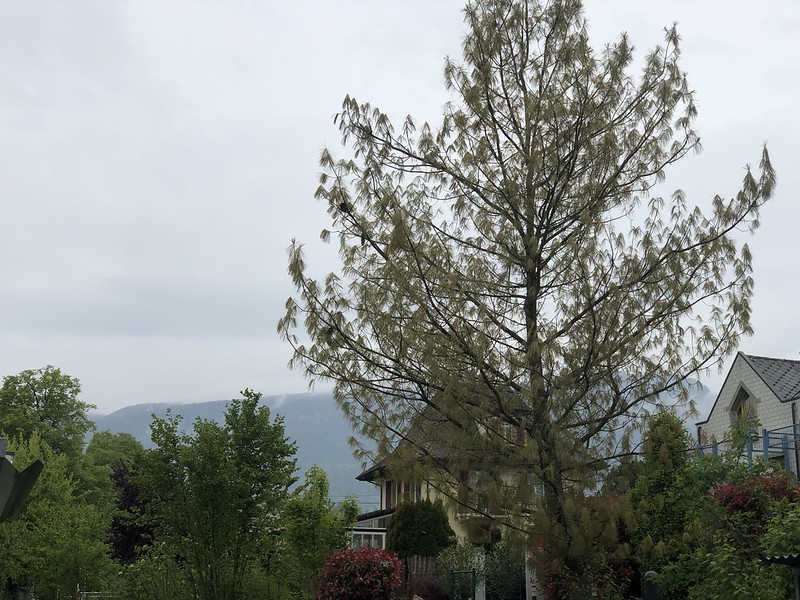 It’s raining again, but just a gentle shower to clear the air, although there are a few clouds hanging over the Jura mountains. I should really stop taking these Jura morning photos. It means I venture into the front garden with my telephone camera, dressed only in my nightdress. I am sure the neighbours will start talking, especially as I take my walker with me.

Despite today’s rain, yesterday was a wonderful day: full of sunshine and even warmer. At last I have removed my plant protection on my raised beds. Our night temperatures received from the North Pole have now returned to normal and instead of a minus degree Centrigrade we are now getting 7-8° C again. 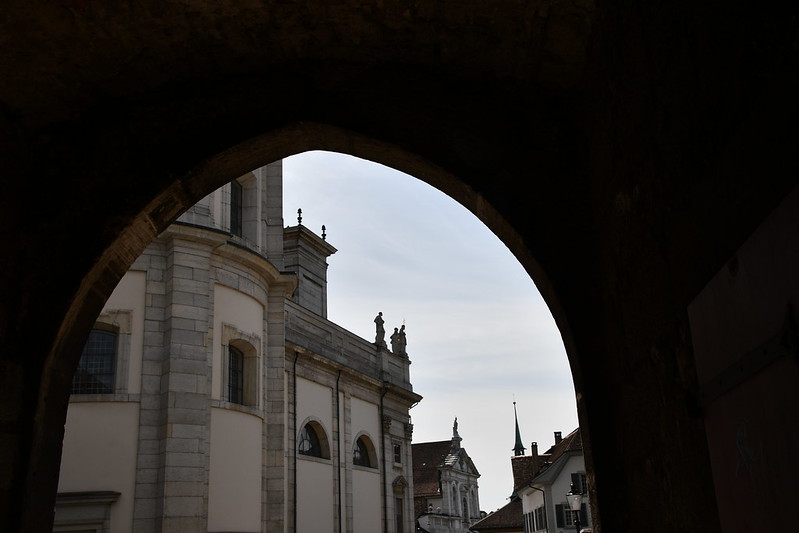 So where did I go yesterday? I do not have a big choice, but I decided to have a look at our local town of Solothurn again. Due to our rainy days I had not been anywhere for at least a week. I took this photo as I was wheeling in my chair through the town entrance of the Basel Gate: on the left the St. Urs cathedrale and the churcn next to it is the Jesuit church. Yes, our town is full of churches. It is one of the main centres in Switzerland for the Roman Catholic religion. Ulrich Zwingli and his reformers did not get a great welcome in the Kanton of Solothurn, although Mr. Swiss would be Swiss Reform church and our kids were christened Swiss Reform. 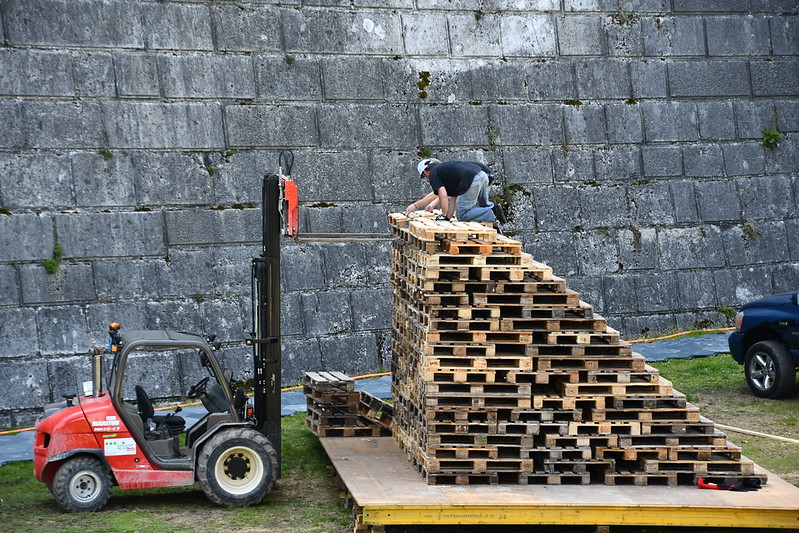 The first thing I noticed just before I entered the town was the building work in the moat at the edge of town. The summer season is again beginning with the various festivals and this time we are honoured with the biker days. There are various objects being constructed and it seems the week-end will be full of events. I only ride a wheelchair, but I will probably go along at the week-end with my camera. I cannot ride a bike and despite many attempts, I could never keep my  balance. 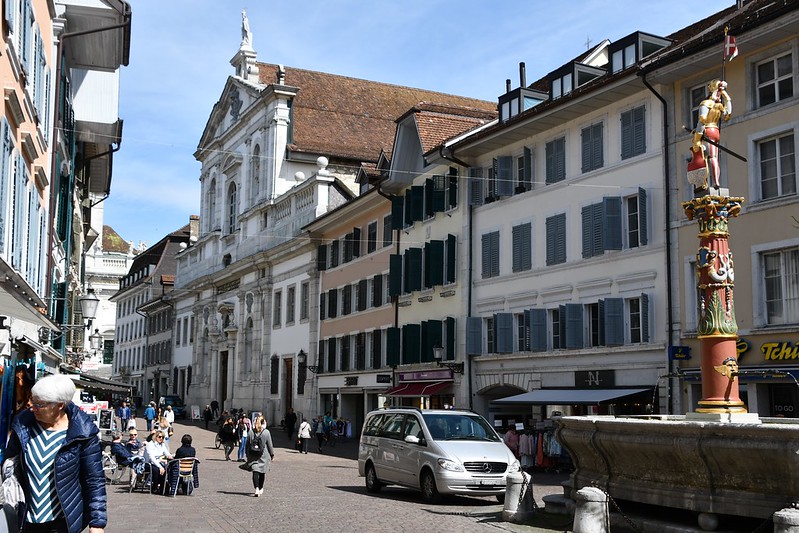 The town itself seemed to be quite empty but the street cafés were full of people enjoying the good weather. Although the town is officially traffic free, we get the odd transport and car for deliveries to various businesses. I would also be allowed to drive my car into town having the handicap permit, but it is not something I would do. I would have to steer between the people. My neurologist said I would be allowed to park in front of his surgery, but I would still have to mount the steps to enter with my walker. He has a ramp but that is inside the door which would be of no help to me. 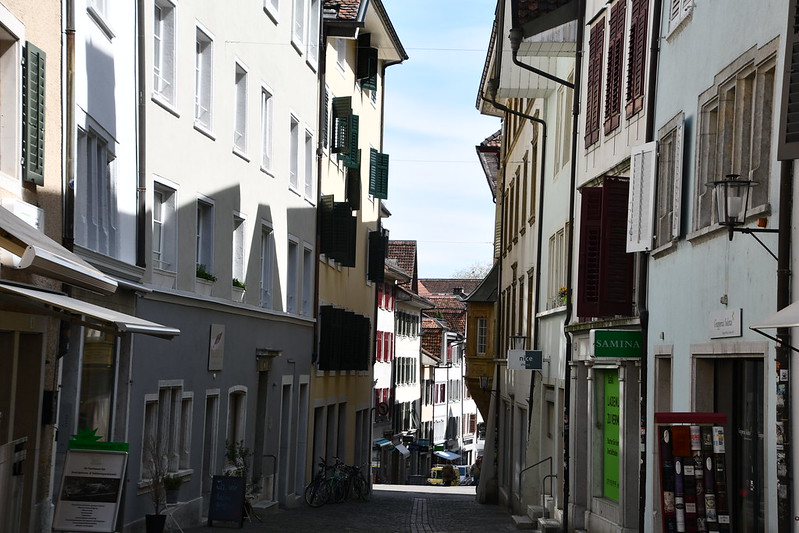 We have many narrow alleys in our town lined with restaurants and various small shops, but here again no people. I remember it used to be packed with shoppers, but we are now living our cyber lives at home. Many purchases are bought on-line or ordered to be delivered from the supermarkets. As I wheeled through town I saw a few “business” men with their cellphones on their ears: business seems to now be conducted on the streets. I saw three men all in the same place, each one speaking on his phone.  I really should have taken a photo, it looked so strange.

After an hour around town I took the river path back home to our little village. 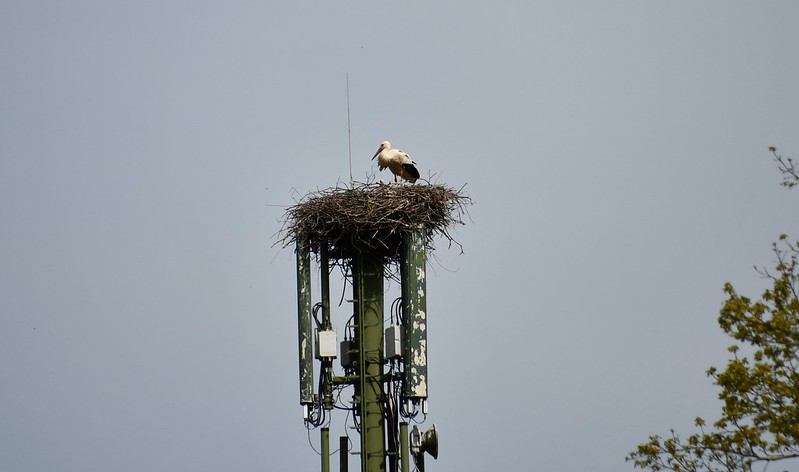 I looked across the river on the way and saw that one of the local storks was perched on its nest. There was probably a baby stork somewhere in the nest. They really like to live in high places.

When I arrived home my first job was to upload my photos. I used to do it in the evening, but have been having problems with the photo programme. Yesterday I tried a different method by changing the time and place of upload and it worked. I think the signal is not strong enough in my computer room. I never have a problem with my Apple and can move it around wherever I go, but the Windows machine is not so flexible and that is where I store my photos.

And now I have other things to do, although not so many, as I did the special cleaning jobs already on Monday and Tuesday. Now it is just easy and do what I feel like. This afternoon another venture into the world of shopping

Enjoy the day, your computers, or your sleep wherever you are. I leave you with a view of our house mountain, the Weissenstein. At the moment they are extending the restaurant with a new building hence the crane at the top. Even that got into the headlines when it was transported to the top of the mountain. It has been at least 2 years since I was at the top of the mountain, but you get a super view of the lowlands. 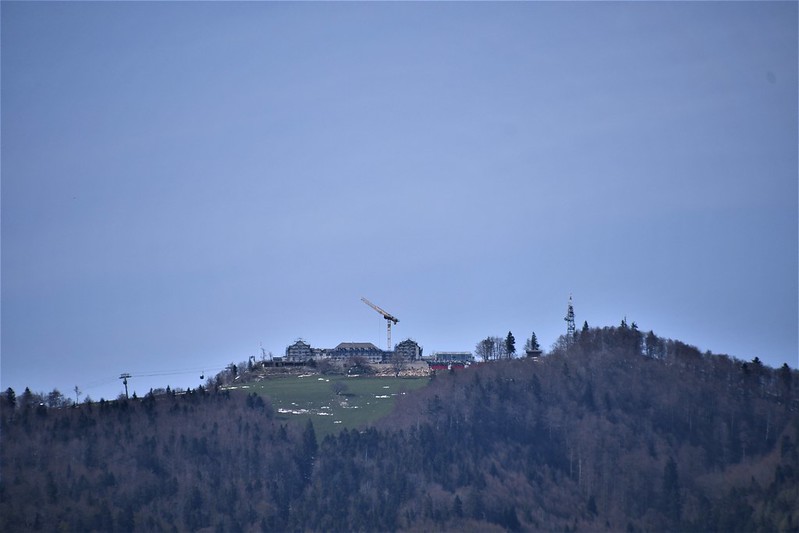