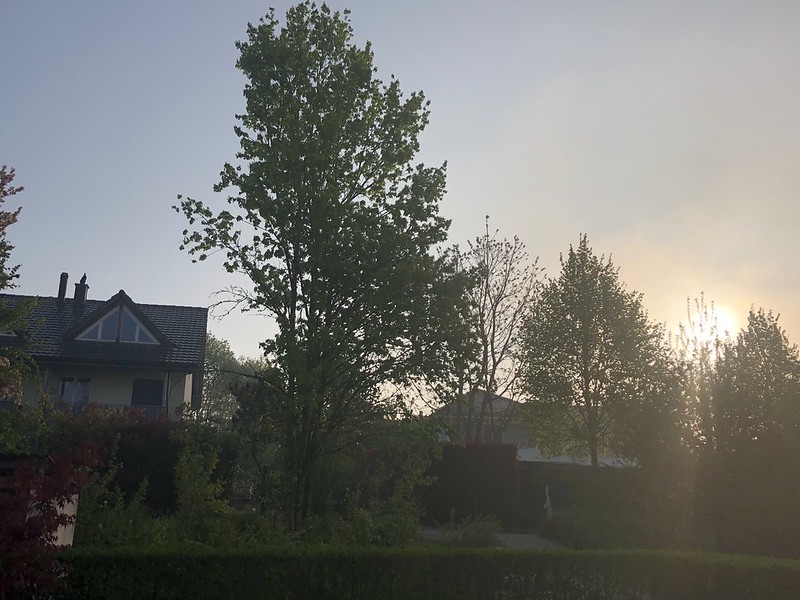 It is a cold morning, but I was up early enough to catch the sun rising over my little village in Switzerland. Today is 1st May, known as Mayday and we have a holiday in Switzerland. The stores are closed in the afternoon and I noticed our school-kids in our village have to go to school this morning. I have taken the day off as well, although housework never lets you have a day off, someone has to cook the food. 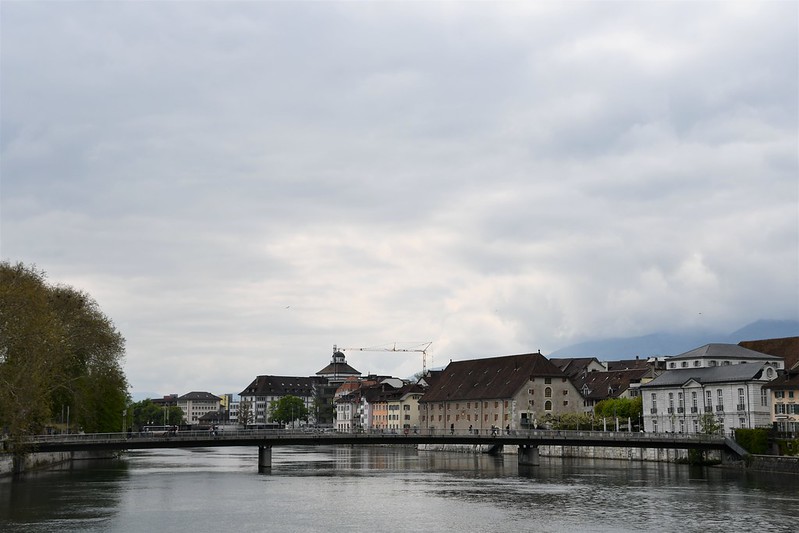 Yesterday afternoon I decided to go for a wheelie in my chair to visit the town of Solothurn just along the road. It was a cloudy day and not so warm. There were not many people about on the streets. I remember when it used to be crowded daily with shoppers, but that is now a thing of the past. The big supermarkets are now more situated in the surrounding villages where I also do my shopping and a lot of daily buying is now done online from the comfort of the computer. 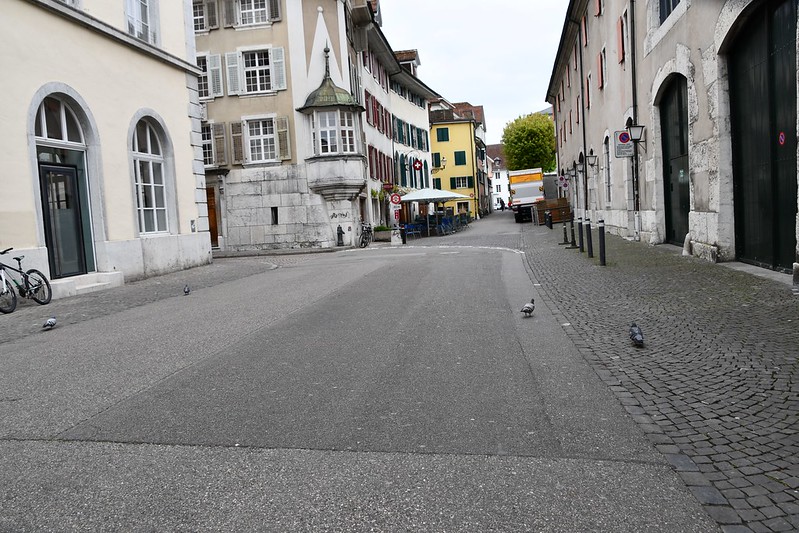 The narrow streets only seem to be populated by our local pigeons in the search for a few forgotten crumbs on the ground.

Up to now my devious logistic plans have paid off and my concentrated shopping is working well. This morning I took a bread out of the freezer for the evening meal to make sure we have something fresh on the table. This evening I decided to to make a cervelat salad. A cervelat is THE Swiss sausage. You can eat it cold, or fry it and it is the main ingredient of your rucksack if you are going on a hike. Many are the Swiss soldiers that have been thankful to have a cervelat in the equipment. I remember when the kids were small, we would take our cervelat on a hike and pierce them on twigs laying along the trail. We would construct a small fire and I suppose it became something like the Swiss equivalent of roasting marshmallows over a fire, but it was a cervelat, the Swiss sausage.

So this evening, for the first time in a long while, I will be making a cervelat salad. Actually I do not even like it so much, but I am not alone at the table. I make a normal salad sauce with some chopped eshalots and chives and slice the sausage. I put some radishes, tomato and boiled eggs into the mixture. You can really include anything in the salad, every Swiss housewife has their own preferences.  Some even include some finely sliced cheese, mainly Emmental. As my family is not so keen on the cheese part and I am, I slice a piece of Emmental cheese and mix it with my portion of the salad. 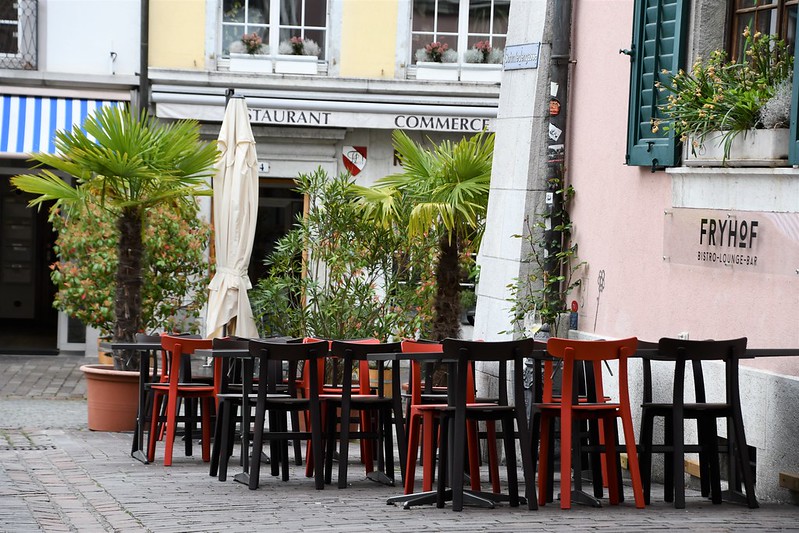 I noticed that the restaurants were also quite empty in town as I wheeled through. Everyone seems to be waiting for the sunny warm days when the town resembles one big open air restaurant.

And now for some action. I think I might clean some windows this morning. I really intended to do it yesterday, but time was short. Instead I attacked my oven  which I had neglected lately. I do not really use it very much, but it seems to breed grease on its own. 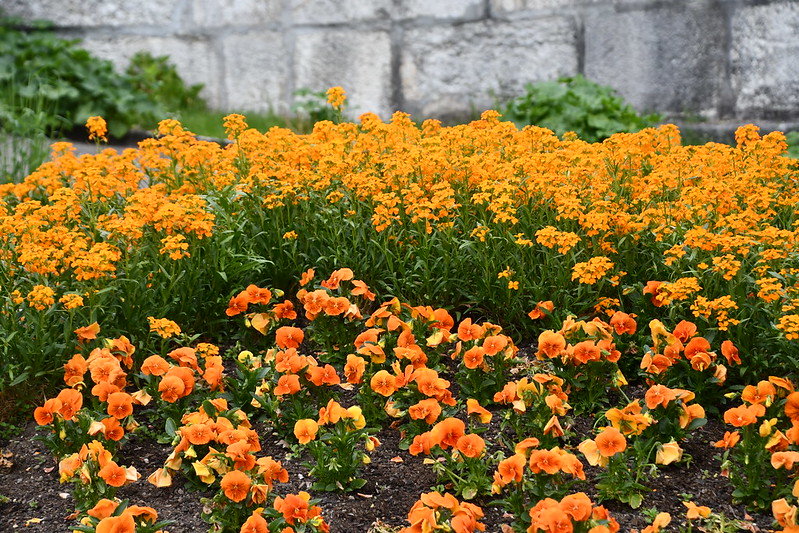 Our town gardeners were busy in Spring and the planted flowerbeds are now showing results. This creation is when you are entering the town. Have a good 1st May wherever you are, whether you are celebrating or not. The Russians used to have a big parade, but even now that is a thing of the past.