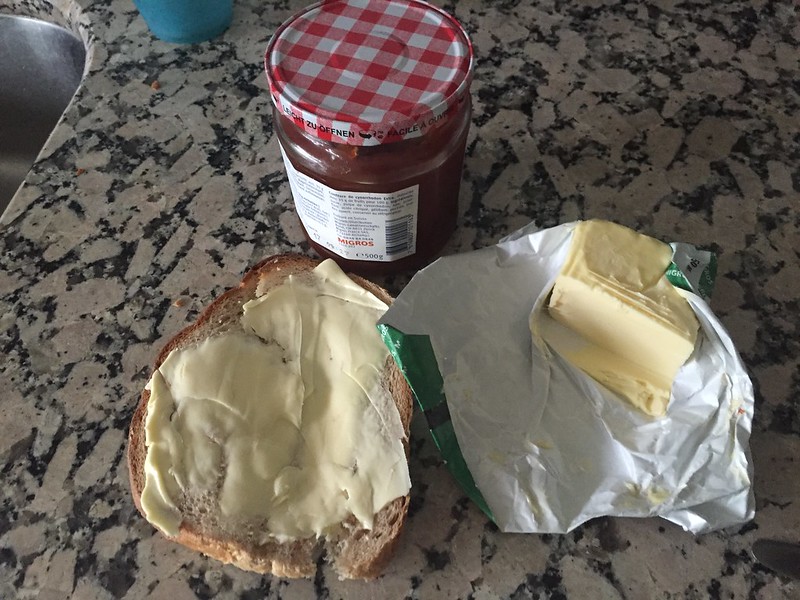 “They are the best part of the bread.”

Poor mum did have a problem with me and the crusts. When I think back to my younger days, I suppose I was a fussy eater, but I just did not like those crusts on the bread. Now I have to be careful not to annoy the Brits reading this, but since living and eating bread in Switzerland for the past 50 years I just have to say that I do not like english bread.

When I visited my dad over the years I had to live as the Brits do, because I was again in England. The crust problem did not exist. Why? I discovered that when I was buying bread for dad and I, the bread in England did not have crusts: at least not what I called a crust. I must admit that dad never bought the bread in a bakers, but in a store. I decided to go to a britsh bakers for the bread, but probably Dagenham did not have the best bakers shops, as everything was covered with a soft brown outside. The bread had no crusts. My dad even put his bread in a plastic bag to keep it nice and soft, and so did most of the Brits from his generation. They had discovered the advantage of the plastic bag.

I now wonder if it was the crust I did not like eating when I was a kid, or just the bread. I grew up with white bread, cut bread in a packet. The Swiss description for British bread is generally “blotting paper bread”. Perhaps if the British bread was baked with a nice brown hard crust when I was a kid, I might have eaten it. If I remember back to my younger days the whole family clan ate white bread with nice soft crusts.