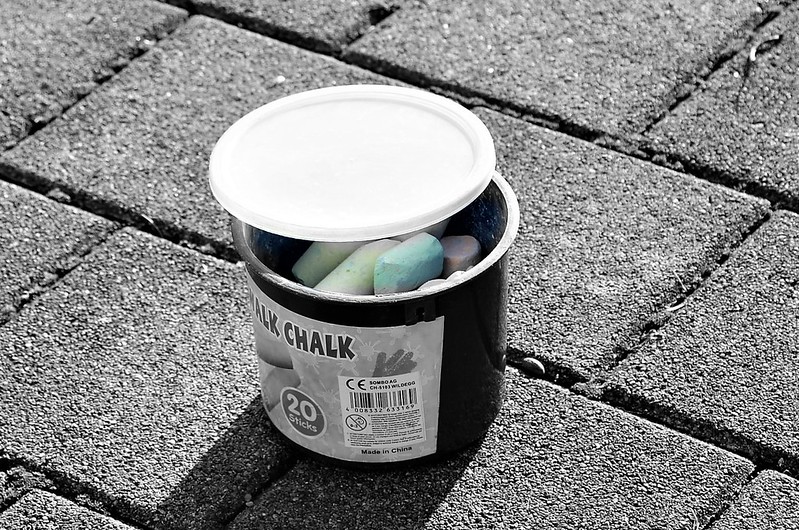 On my first day at school I was given a so-called blackboard and a piece of white chalk. It was in the early fifties. I remember seeing chalk for the first time and then I was supposed to write with it. This was the first class, we were all about 6 years old.

In the second class we progressed to a pencil and then one day we had our own inkwell and  pen. You dipped the nib of the pen in the ink and could write with it, although there was often an unwelcome splodge where it should have been fine lines. I remember that the ink wells were filled once a day and that my teacher was not very happy. She had the impression that I was an ink addict, drinking it now and again. The truth was that my neighbour on the desk was left handed. I sat on the left side and she was on the right. I dipped my pen continuously into the inkwell on my right, and she was dipping hers continuously in the inkwell on her left. The result being that we were both using the same inkwell and my ink was being used twice as fast as the others.

But I am digressing. This is about chalk. My next experience was street games. We would draw the outlines on the pavement, with chalk of course, to play a game of “hop scotch”  And then chalk disappeared from my life until today now and again when a group of kids suddenly discover chalk and begin to make designs on the ground. I saw the pot of chalk where I live  belonging to some kids.

And that’s that, nothing astonishing or interesting to write about chalk.