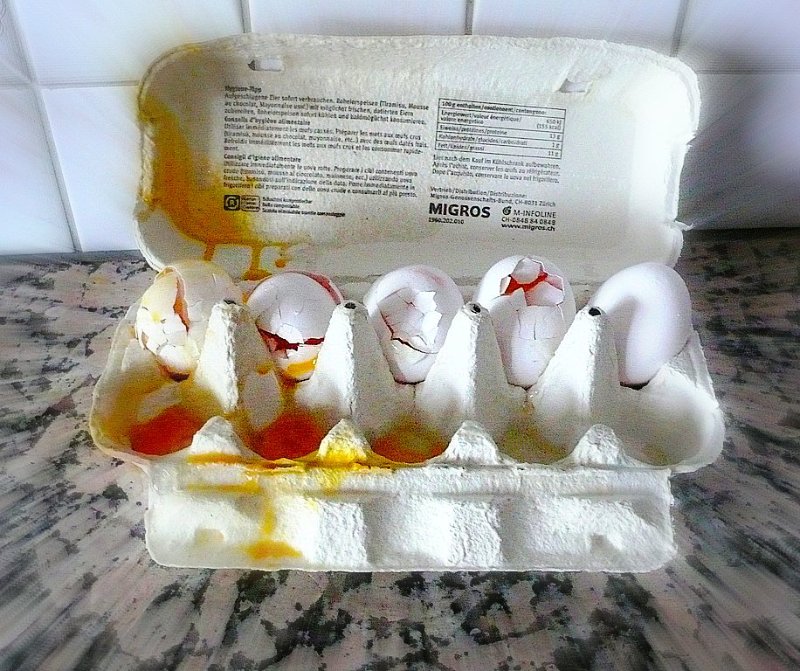 Egg? These eggs were not so suitable for the Easter. I think it happened when I dropped the box, and so it was scrambled eggs for tea, but I have another anecdote, which is the truth, the whole truth and nothing but.

Many years ago there was a knock on the door and two policemen were standing there. I remember it well, it was a Saturday afternoon and we were all at home.

“We have had a call from a car driver that someone threw eggs onto his car as he was waiting at the traffic lights under your balcony.”

Surprise, from our flat, how is that possible? I had a look in the fridge and discovered that two eggs, or was it three, were missing.

It was then I called my autistic son, who was then 7 years old who naturally admitted to nothing, meaning yes, it was him. I am not going into details about the autistic way of thinking, but their childhood can be very unpredictable with their actions and this was a clear case. He did not actually admit it, but silence also has its reasons. So an embarrassed mother explained to the policemen what happened and why and apologised profusely. Did I notice a smile on the faces of the police. Of course if the eggs had been thrown on a moving car, it could have resulted in a collision, but luckily autistic son discovered the aim was more exact when the cars were standing. Luckily there were no repercussions and we heard nothing more. There was no court case concerning egg throwing.

Do not ask me why, because that is not something that has an answer if the person concerned is an autist. This must have been at least 40 years ago and the son in question has developed to a 49 year old man who would no never throw eggs out of the window.

So if anyone every gives me the theme of eggs, I do not think of painting them for Easter, I have other memories. 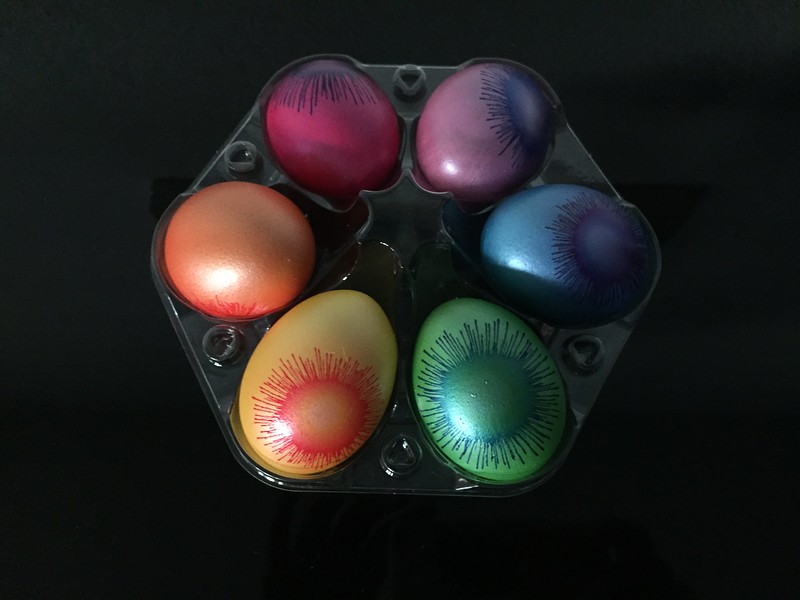