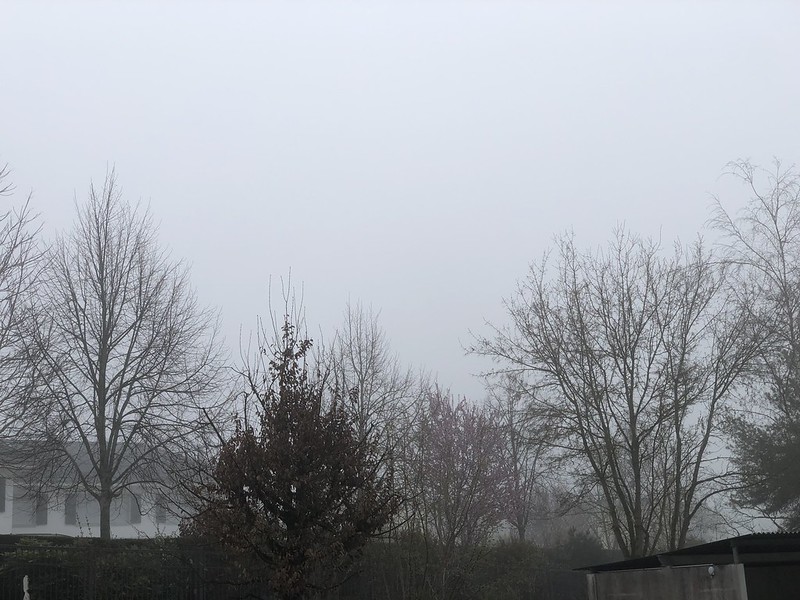 It is a misty morning this morning. The stones in the garden were covered with water drops. I decided it was time to give some water to my new addition to my plant family. 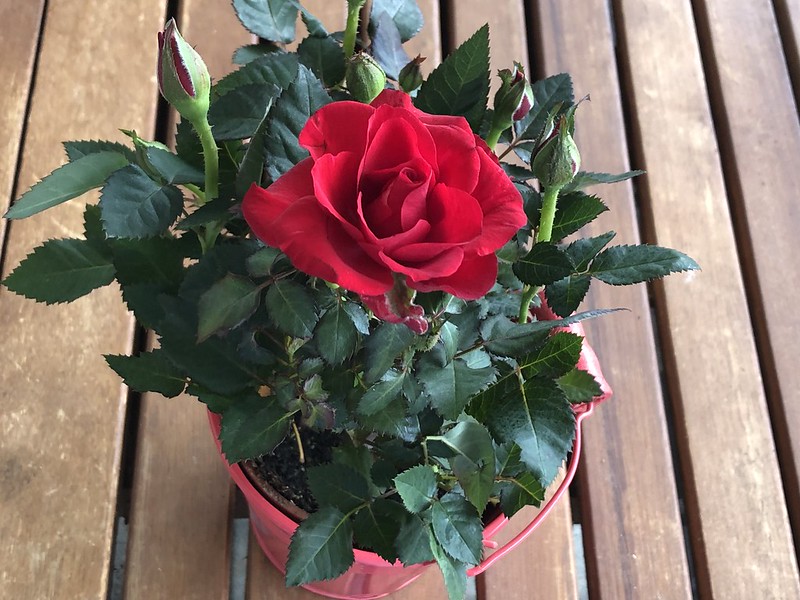 The local store always have small potted roses in Spring and I always buy one or two. They look good on the porch on the table. It did not need any water as the soil had absorbed enough from the damp air. When they finish flowering I usually put them somewhere in the garden. Sometimes I am lucky and they begin to grow nicely into normal sized roses. 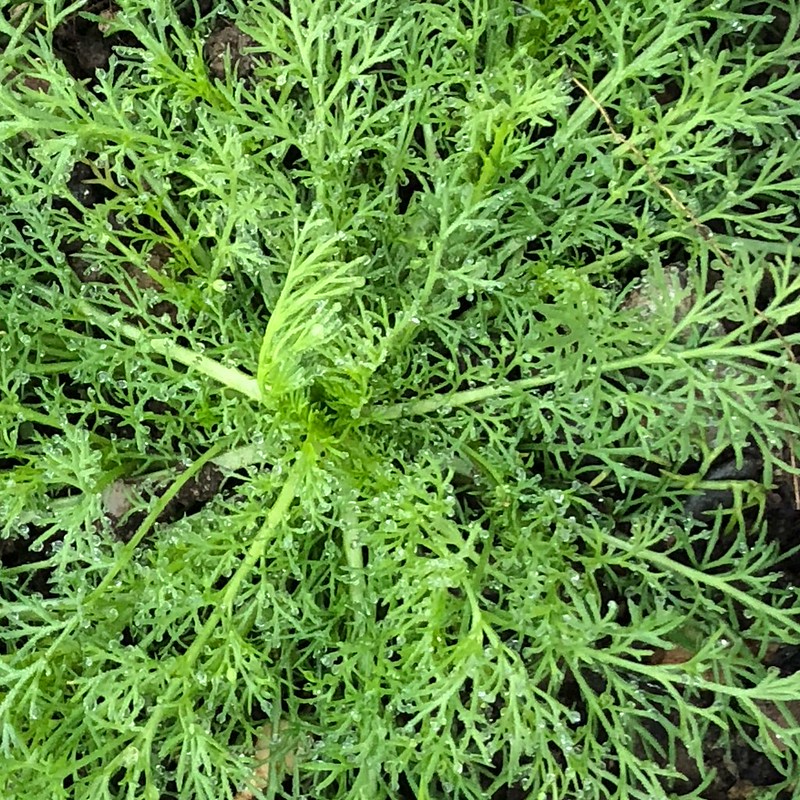 I also discovered a few of these sprouting in my garden. I think the gardener planted them, but am not sure. I checked on my app and it suggested it was yarrow. I am not a yarrow expert, but it can be a weed or a nice cultivated plant. I decided to leave it for the time being. I also read that they are poisonous for dogs. I hope that does not mean cats as well, although Tabby sticks to her grass for medicinal hairball manufactures.

Yesterday afternoon looked quite promising weatherwise and we even had clouds. 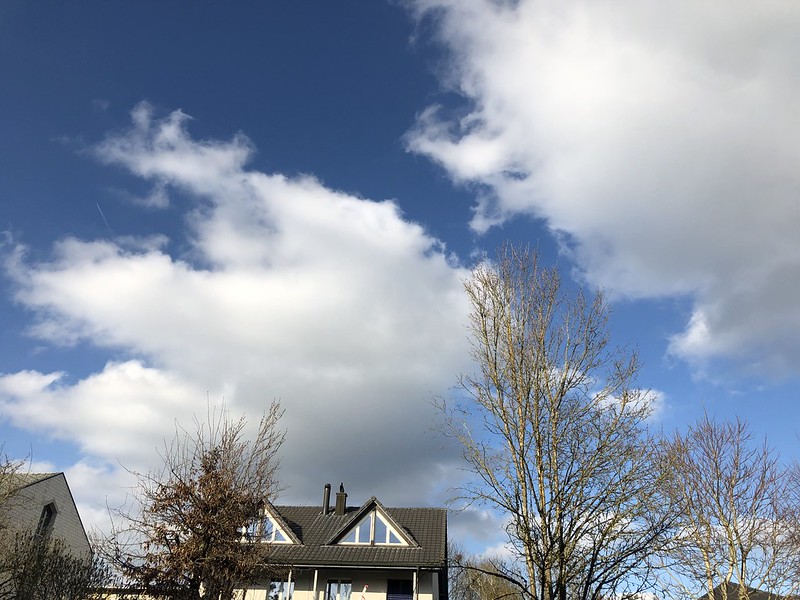 I was again off to the supermarket for the week-end shopping. In the meanwhile Mr Swiss was dealing with buying a new TV as the one we had was no longer functioning so well. As I rarely touch the TV or watch anything other than my favourite soap, East Enders on the BBC programme, I was not bothered. He phoned the guy and  whilst I was shopping he brought the new TV which was delivered. What a prompt service, but we were lucky as he had one in stock. We have a cabinet for our TV so are a little limited in size, although big enough for a normal sized TV. When I arrived home from the store the new TV was already functioning, no trace of the guys that brought it, they had done their job. Now Mr. Swiss can work out all his devious methods to programme it. Perhaps I might even learn how to operate it myself. 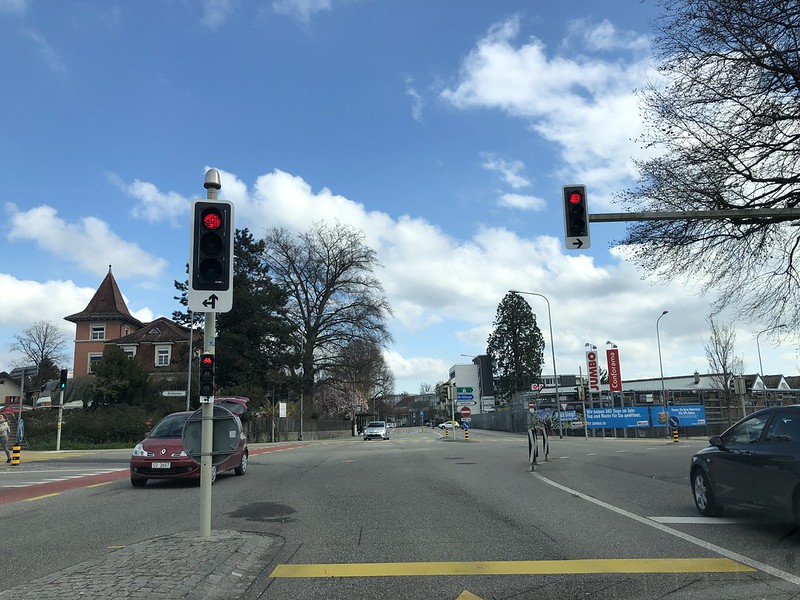 I even managed to take a photo from the car, whilst waiting at the red light, on my way home from the shopping trip yesterday. It was the cloud formation that interested me. I have noticed that when I stop at a light or for any reason in my car, the motor stops, as long as it is still in gear. When I press the accelerator again it starts automatically. Probably one of these new devices to help save petrol. For me it is all so new, and I just hope that the car starts again, which it usually does.

Yesterday I had a letter from the British pension people. They are catching up with the modern world and will now be using new software for my monthly payment and need by IBAN number. That is not a problem. However they also need a lot of other details. Up to now my money is automatically transferred to my post office account, but now I will have to change it to my bank account. No problem, but I now have to fill out a two page questionnaire with details which means searching and hoping to find. They want my British national insurance number. I must have had one 52 years ago, but as I only worked in England for a few years it has not been necessary since. My British pension is not a fortune, but money is money. It is just that the Brits can be so old fashioned and complicated with certain stuff. I still have two bank accounts in England. Most of the money I have already transferred to my Swiss account, but there is still a small rest. I want to close the accounts, but that seems to be a work of impossibility (for the Brits).

So what shall we do today? It does actually seem that the sun might appear, so I might go for a wheelie into town with my chair this afternoon.. I have a beef stew for lunch so will start cooking at a slow speed now and then I can forget it until lunch time. Yesterday early evening I ironed the bed linen (duvet and pillow cases). I also had a few other bits and pieces. Actually I got a little annoyed. I really wanted to sit down in the living room and chill (what a stupid word that is), but with the Damocles sword of ironing hanging over my head I could not really relax before it was dealt with.

Begin your week-end relaxed and cast your problems on one side – if possible. I know from my own experience this is not always posslble. 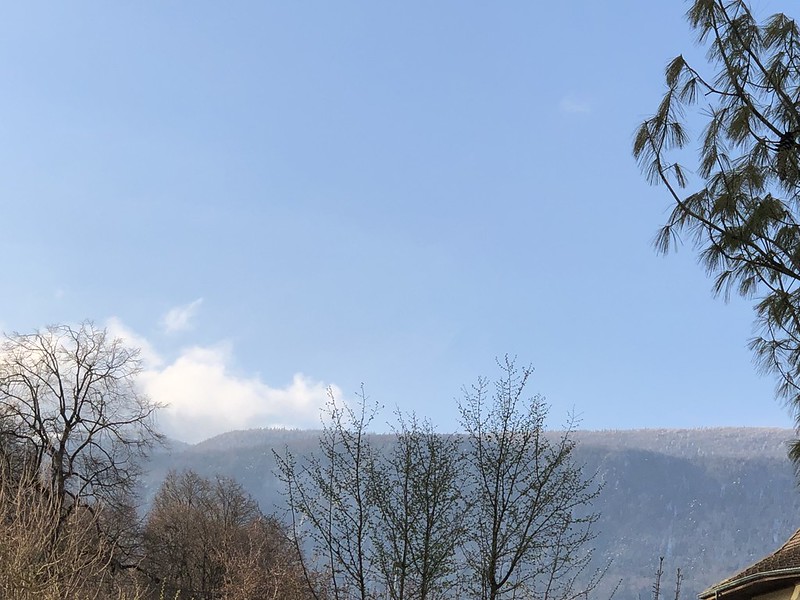 Yesterday’s view of the Jura from my garden was also quite promising, and the snow has now completely disappeared.