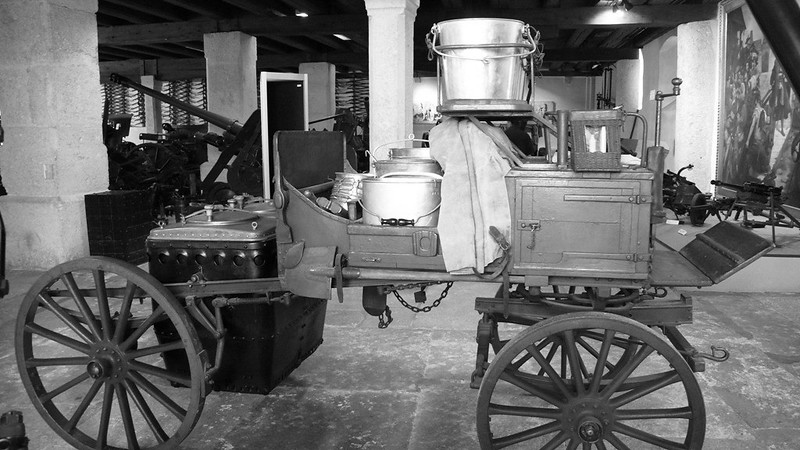 Swiss Army canteen from the first world war in our Armoury Museum in the local town. 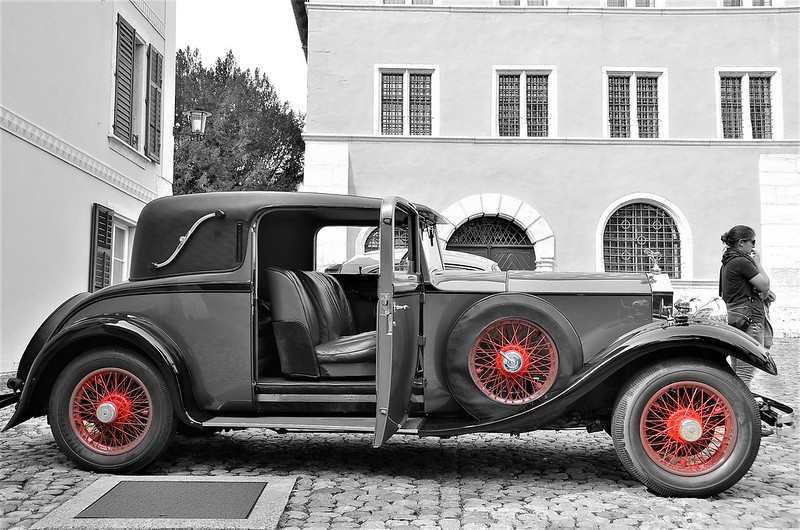 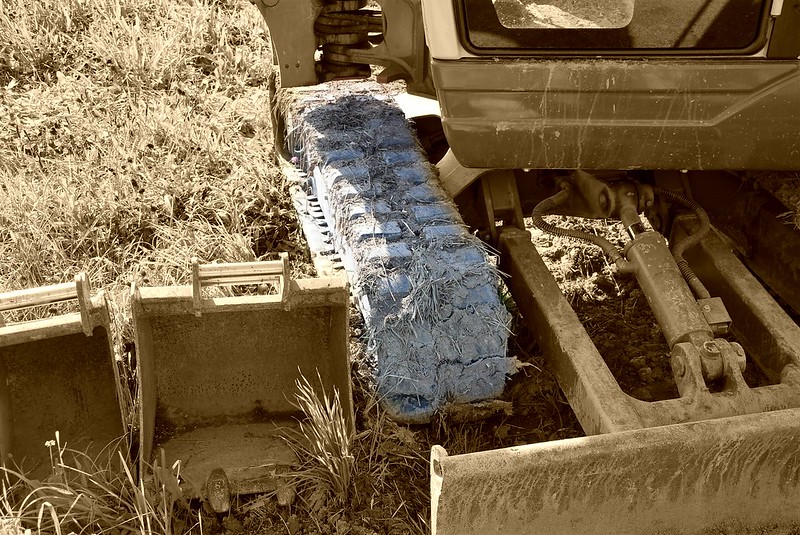 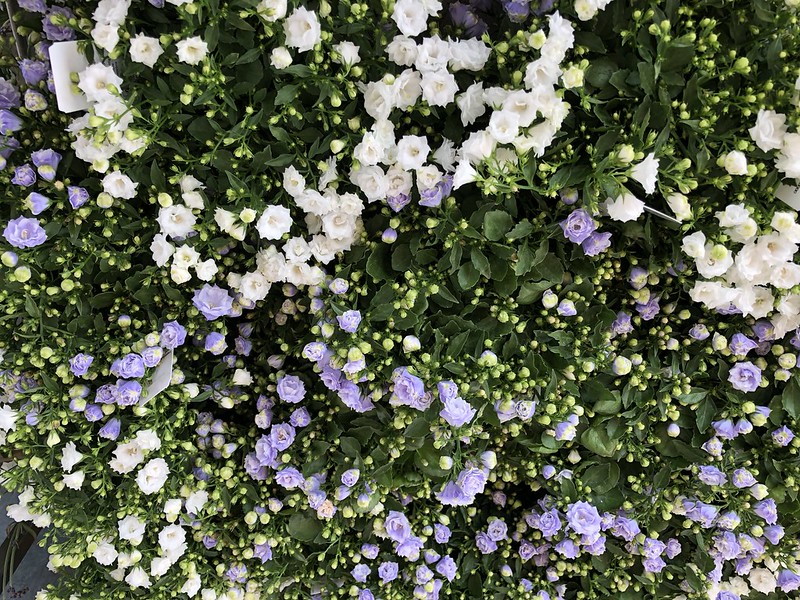 That was what the label said on the plants, although they look more like baby’s breath to me. 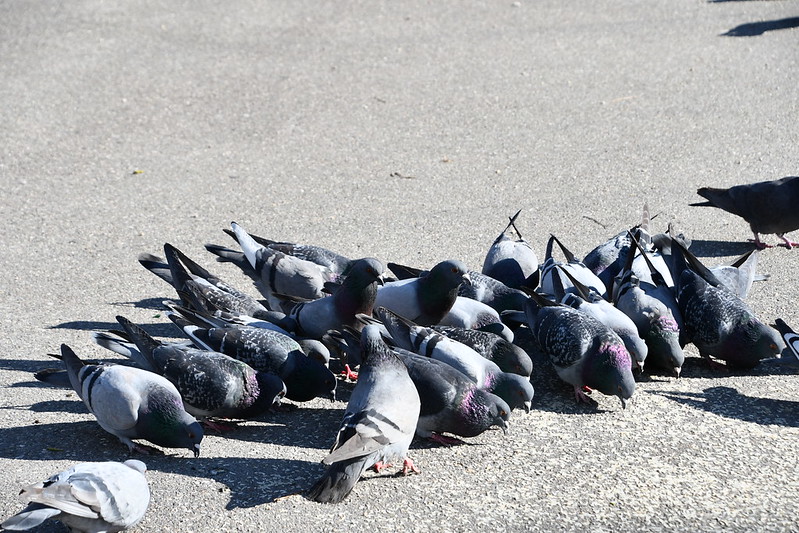 Just throw a handful of food on the ground and the pigeons forget all their problems. It’s feeding time and every peck for himself and they are the best of friends. 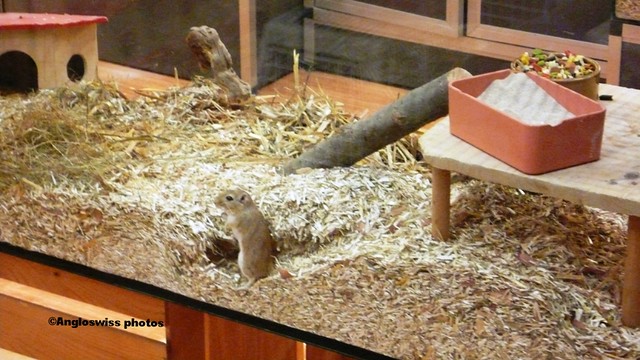 The weasel is an endangered species in Switzerland so I have no photos and no further information about weasels. One of their their nearest relations are martens which are addicted to the rubber parts of BMW cars and many is the brake cable that has been destroyed by their sharp teeth. You never see them, they sneak around at night when their hunger for cable munching seems to be at its peak. Thank goodness I do not have, or could afford, a BMW car.

All I can offer is a photo of a pair of Mongolian Spring Mice seen at the local pet shop. They really do spring and are one of the masters in fast running amongst the mice. Of course there is a human species of weasel, mainly found in parliament buildings. 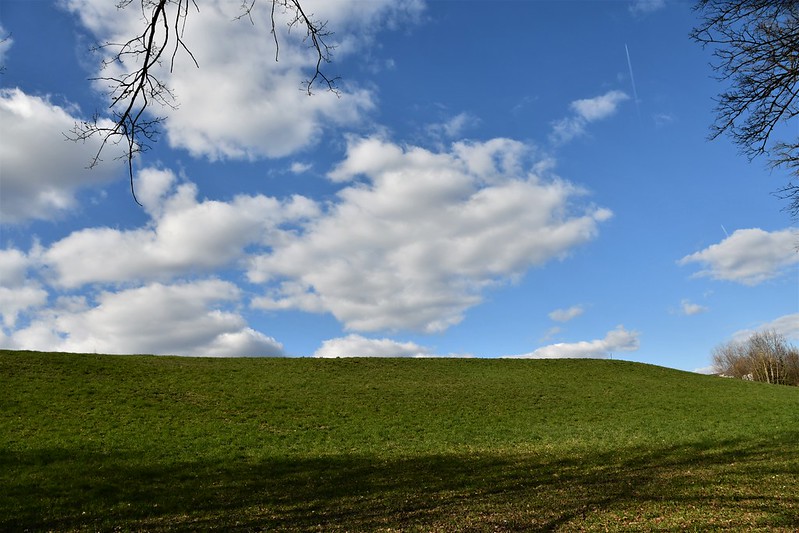 I love this hill. I usually wheel past it on the last stretch in my chair along the river before turning up the hill to my home. It is always nice and green and gives a good contrast to the sky especially if there are clouds.

This morning was a busy morning up to now. I forgot to upload a couple of photos yesterday from the camera and decided to deal with it first of all, meaning firing up my windows computer. Having completed that task, I noticed that my cat had some recycling traces in her box which I had to empty. I had a few things to sort out in the kitchen, the general opening of the blinds and letting the fresh air into the apartment. Also refreshing my cat’s water bowl outside and phoning up the garage.

Since having my own car I have to organise things like fitting the summer tyres and removing the winter tyres. The guy at the garage dealing with it who I have known since at least 30 years, gave me an appointment for April. I don’t know how it is done in other countries, but in Switzerland we generally have two sets of tyres for the car due to the winter and summer driving conditions on the road. If you buy a car they usually have the summer tyres. The winter tyres, which are more expensive because heavy duty, you buy extra. The tyres are stored at the garage until I need them. I do not want to have them at home, meaning I would have to bring them every time I have a change. With the amount of kilometres I drive throughout the year, my tyres will probably last for at least 10 years – I hope.

Mr. Swiss has a couple of appointments in April and I can only give the car on a Tuesday or Thursday as I otherwise need it for shopping. The garage guy said they do it in half an hour, so I can wait at the garage. Otherwise it would mean organising a taxi for backwards and forwards as I am no longer so mobile without a car. 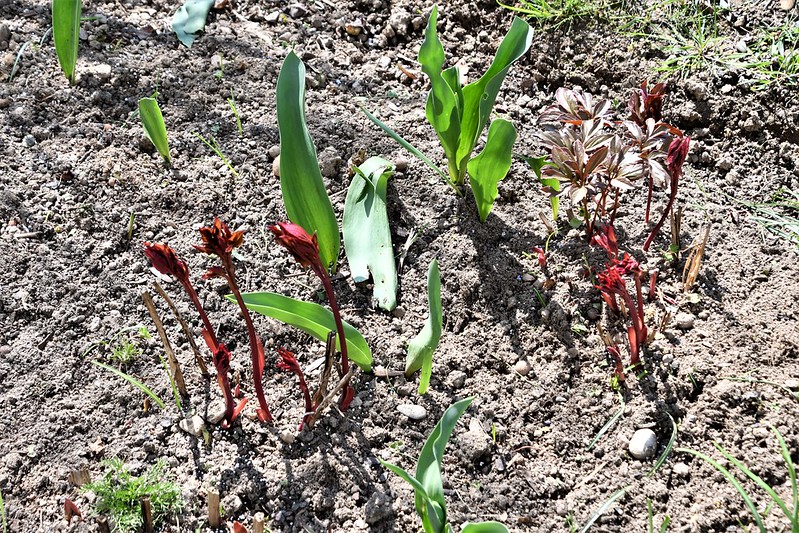 Since the gardener tidied up my garden I can now actually see what is growing. I was pleased to see that my peonies are already poking through, as well as the remains of my tulips which have been many years in the garden and never fail to arrive annually. 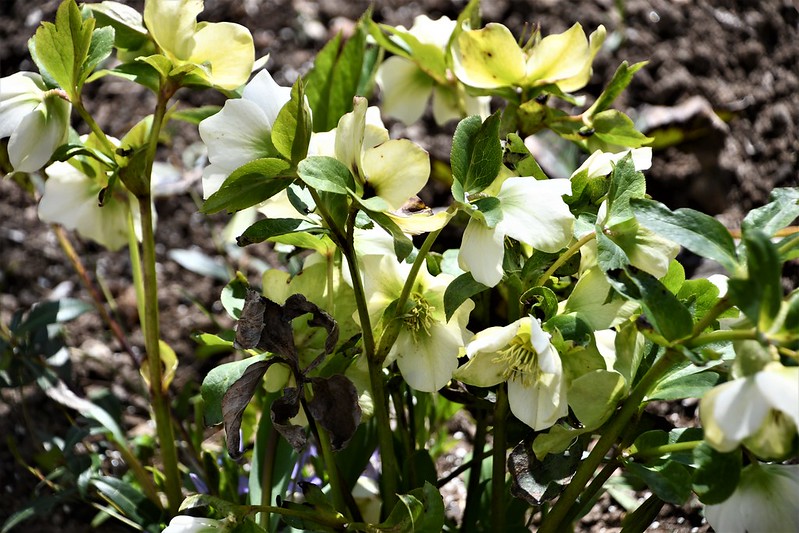 He also removed the weeds that were engulfing my christ rose and now I can actually see how well it has grown.

Yesterday was quite an afternoon shopping with Mr. Swiss. It was again a carefully planned operation but we had completed it in an hour. Mr. Swiss also took a trolley to lean on and when we met before paying at the cash desk I transferred his choices into my trolley. He does not get out so much now and makes the most of it when he can. His major target was getting the ink cartridges for our computer, but he also tanked up on various biscuits and other delicacies. It is a relatively new experience for me to be his chauffeuse, but it works well. 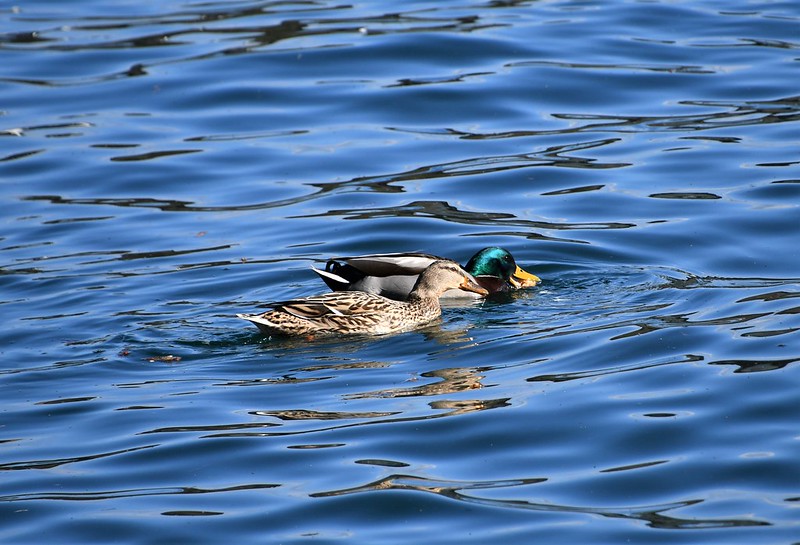 This afternoon I plan on another excursion into the wild in my wheelchair. There is so much happening at the moment in nature and I do not want to miss anything. Even the ducks are now swimming in pairs on the river, it seems to be family time.

Thursday is usually a quiet morning if we do not have to change the bed linen, which is the case today, so I have more time to deal with this and that, although I am up to date with most of the household chores.

Make the most of the day (and sleep well for those that now have night). I leave you with the forsythia bush that is now flowering its heart out in our area. 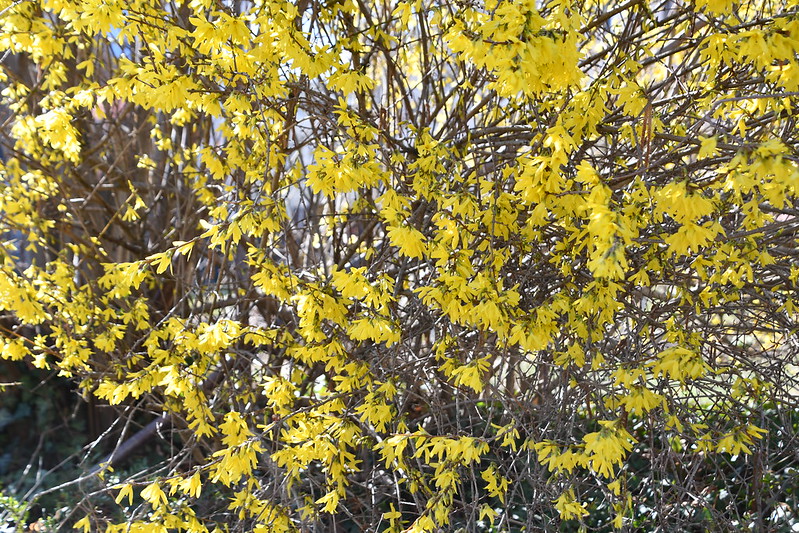