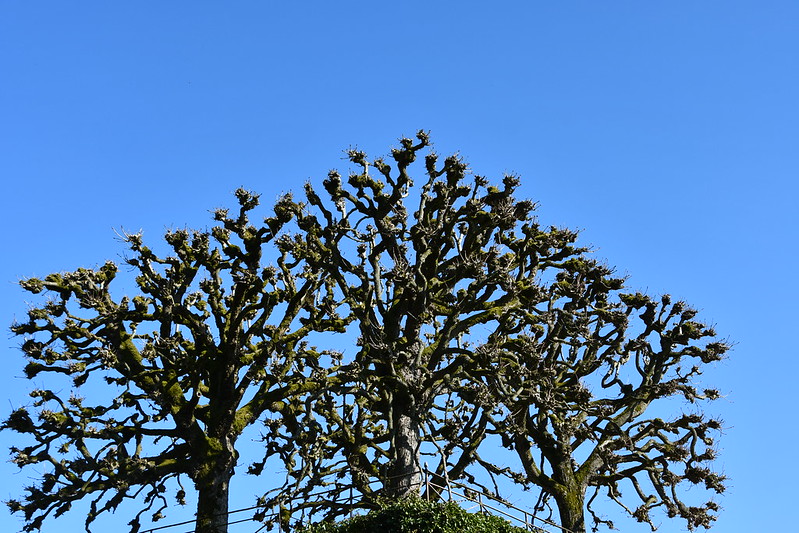 Someone stole the leaves from the trees, but they will be replaced in a couple of weeks time. Mr. Swiss told me that one of our politicians had an idea. He finds that the golden oldies get too much pension money. We are taking it away from the youngsters who have to pay more for other benefits, because of the money being given to the golden oldies. When someone gets an idea in Switzerland you can collect enough signatures, make it official and everyone goes to vote yes or no. Of course no-one votes to have less money, except for those that find it will be a good idea, Mr. Swiss said not to worry, it will be a long time before anything happens.

Today we went on a shopping trip together because Mr. Swiss needed ink cartridges for our Canon printer and was sure that I would not be unable to cope with such an important task. Admittedly I was glad he did it as it could have been that I had bought the wrong ones. Yes it was not just one cartridge but a complete collection. I was astonished to see what they cost. Almost 100 Swiss francs for 4 plastic cases containing ink. That is robbery for me.

Whilst he was busy buying his ink I did the shopping and noticed that strawberries were on offer for only 1.60 Swiss Francs, a plastic box full and really big ones. I decided to get a box to make as a dessert after tea with some whipped cream. There was a young man and probably his father that were also looking at the strawberries.

“I only buy Swiss strawberries” said the son.

The father “but these are very reasonable.”

“I like to take care of our environment” said son.

And then I opened my big mouth and told the son that Swiss strawberries will only be arriving in two months time and in the meanwhile I buy gladly for 1.60 Swiss francs, even if they are not Swiss.

The son probably thought I was a meddling golden oldie although the father figure found that I was right and was still holding a plastic box. The son walked off and the father replaced his strawberries. I had now decided to buy some. They were Spanish import, not Swiss of course. 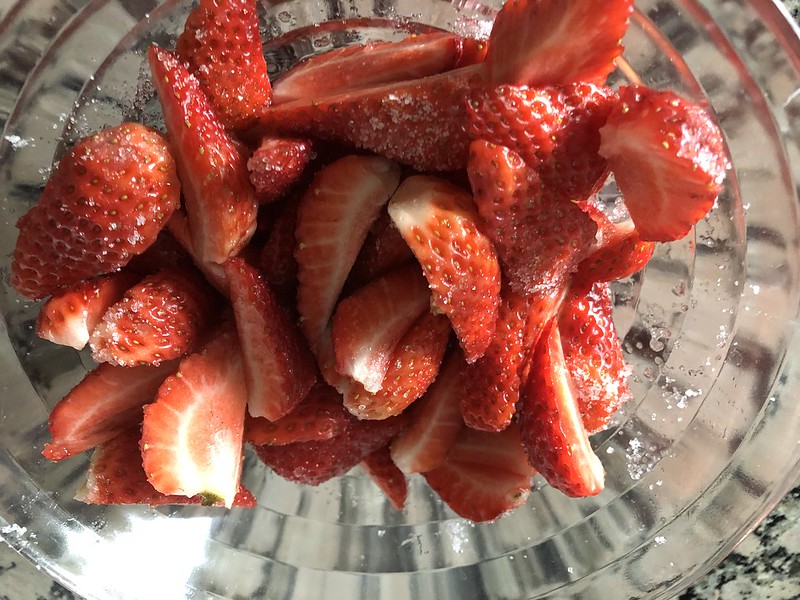 My strawberries are now soaking in sugar. Was I thieving from the Swiss strawberry producers? I do not think so, because when they eventually arrive on the market they will cost a lot more than 1.60 Swiss francs.

Just a normal day in the supermarket. We were robbed paying for expensive ink for the printer but I robbed the Swiss strawberry growers by buying cheap strawberries from Spain. There must be a moral somewhere, but I have not yet found it.