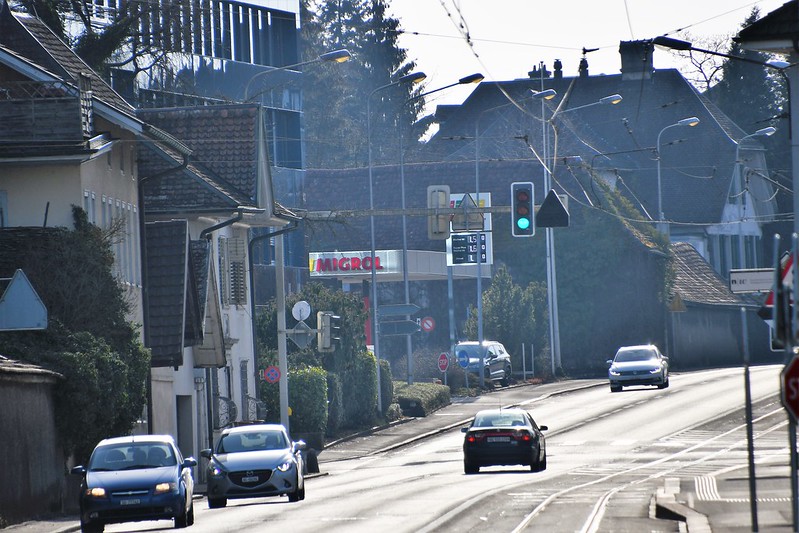 On my way again with Mr. Swiss. This car driving thing is getting to be too much of a pastime. It is always the same road from our village into town and I approach the  roundabout and fit into the right lane of traffic. Ok, no big deal, but there seem to be people that have gas in their blood system and every journey for me is a new experience.

I took Mr. Swiss to the doc. There is a park house over the street but I decided to drop him off and return home again, where I now am. He will call me when he is finished and then I can drive again. I thought it over, but getting into the parking silo and out again is a complicated task for me with the ticket and driving around in a circle until I find a place to park. It is also a sunny day so the light was too bright for me as a driver.

I was never a person for exercise. I hated physical exercises at school: the worst lesson. Jumping over objects which were too high for me (although I was the third tallest in the class) and being accident prone I was always worried and had a few “accidents” and would fall. Climbing a rope did not come into the question and it was rarely that I managed to get both feet off the ground. I was always the last, or second last, in a running competition.

Although I was not a complete failure. I was a keen football supporter of our local club (West Ham United) and often went to a match on Saturday afternoon. Unfortunately Football was not a choice in our all girls school, but hockey. It is very similar but you use a hockey stick to hit a small wooden ball instead of your feet. So once a week I was playing land hockey and after a couple of months I was in the school team. At last I had found my chance to enjoy exercise

Otherwise exercise – forget it. Mr. Swiss will soon be calling so I will be off again making the roads uncertai, now the only exercise being my foot on the gas pedal of the car.