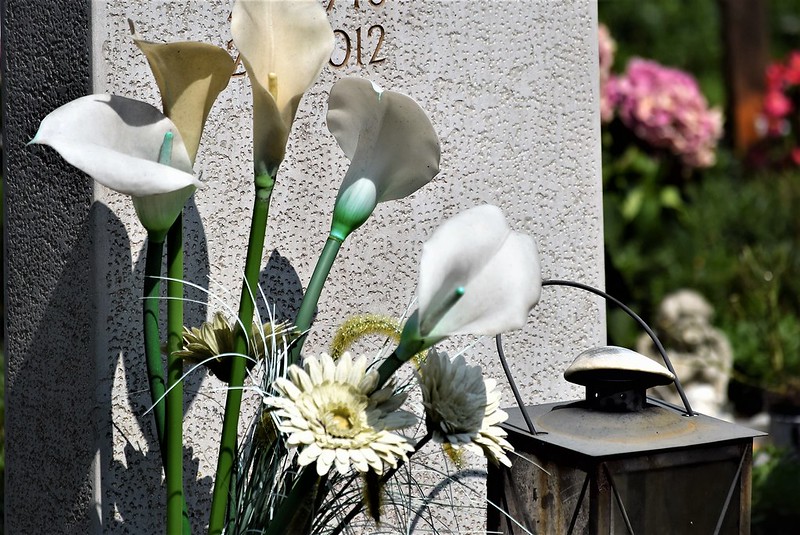 A mixture of calla and daisies on a grave at the local cemetery. 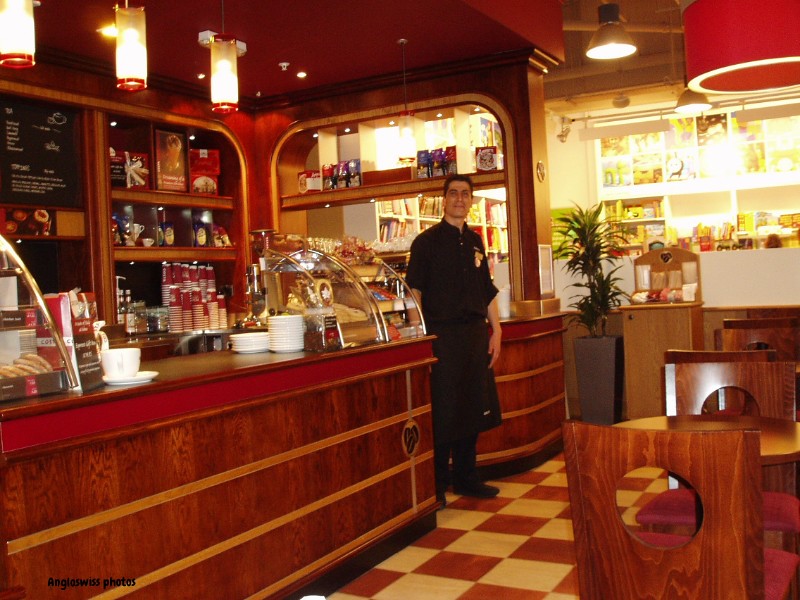 A frenchman in London percolating coffee
It was his life’s work, his philosophy
He dreamt of the French way of life
With its scents and genuine brews
Coffee in a british shop was giving him the blues
He was missing the slow drips, for a result that could not wait
The brewing gurgle of the machine ready to percolate
One day he packed his bags, France he wanted to see
He had enough of London fog and the smell of stewing tea 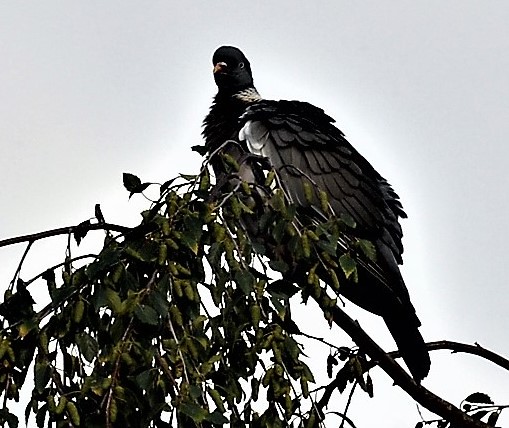 And I still do not know what this is. Last year in Summer he appeared every early evening in our estate and perched on the top of this tree. It would begin to coo like a pigeon, but I found it a little too big for a pigeon. 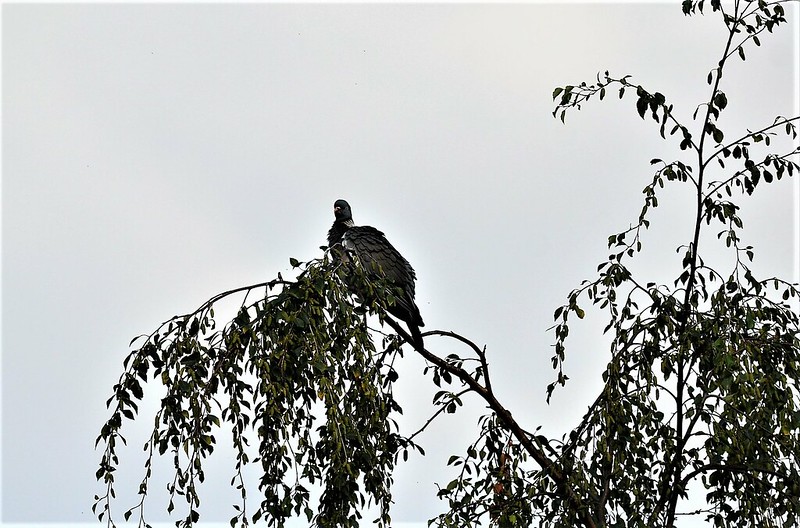 This photo shows him more in his proportions. I showed it around in Internet but did not get a satisfactory answer. Someone said it could be an alpine chough which usually hover around in the mountains, but have been seen in the lowlands in Summer. The choughs whistle more than coo, but who knows.

I am hoping he will put in another appearance this year. I asked the neighbours, but did not get a satisfactory answer, so who knows. 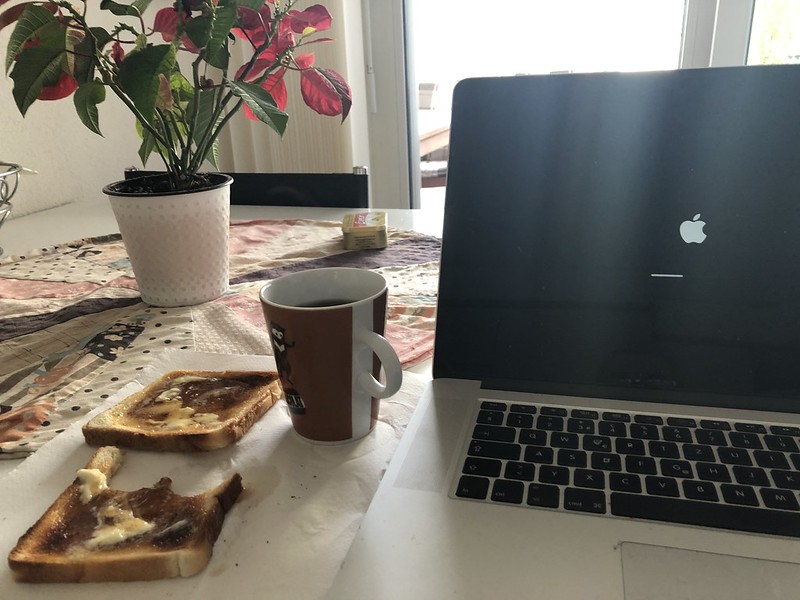 The morning did not start so well due to a breakfast of toast and honey. It was one of those thin honeys that like to try and escape from the bread resulting in a very sticky table and computer keyboard where my fingers are sticking to various keys, but I did enjoy my breakfast.

Yesterday was cold and very windy, but now and again the sun appeared so I decided it was time to break out in the afternoon. In town there would be another carnival procession and I need to get away from the noise and bustle. I saddled up my wheelchair and embarked on a wheelie to the local castle on the top of the hill. I noticed with our wonderful clear sunny days our alps decided to move a little nearer and I was not disappointed. 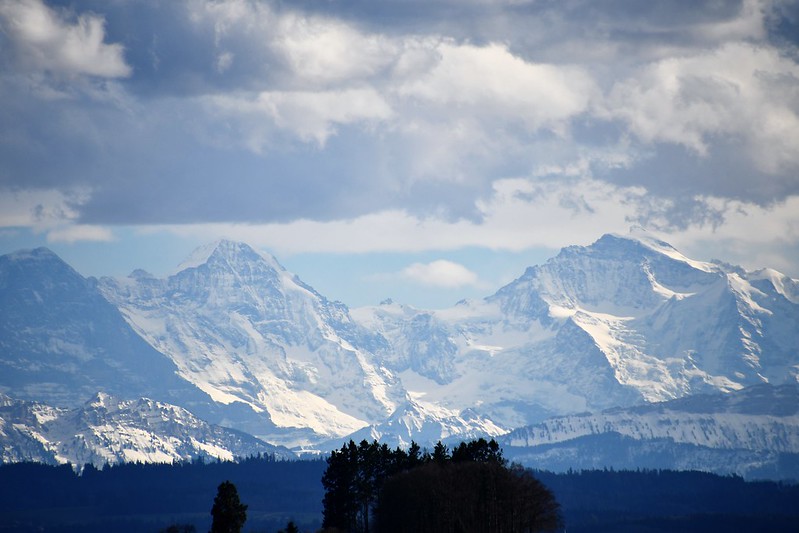 Obviously I was using my zoom lens, but it is not so often they they appear so clear with their icy details. You can see from the left the Eiger, Mönch and Jungfrau. 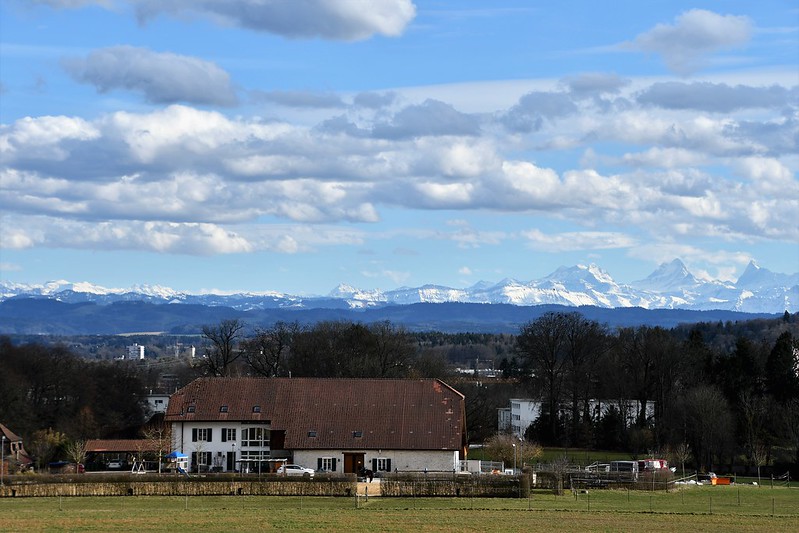 Even the clouds were playing their part in the spectacle. Again the Eiger, Mönch and on the extreme right the Jungfrau, this time from a distance. I was taking the photo from the top of the hill so you can also see the local stable farm  direct in front. I decided to move on down and see what the animals were doing on the farm. During the summer months I often visit, but since last year I had not been here. 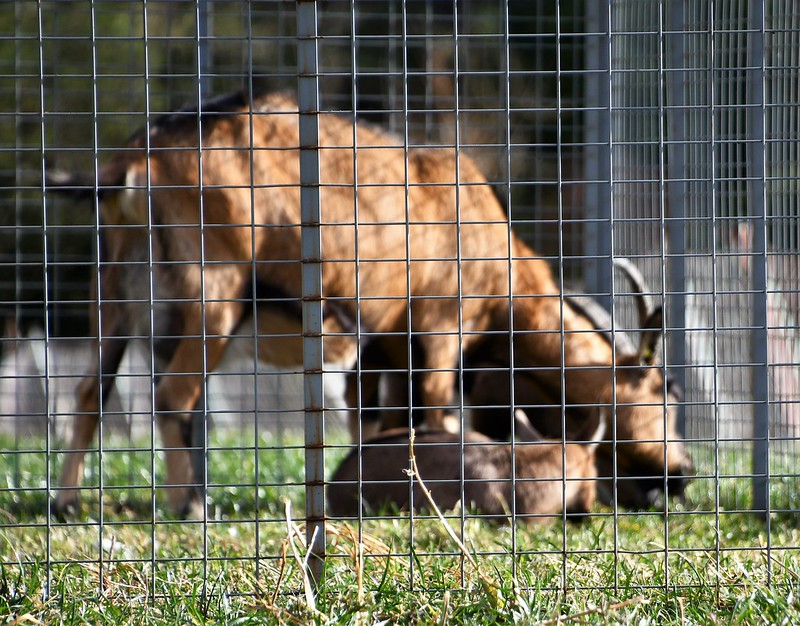 Last year they added a pair of goats to the animals which were usually running free amongst the chickens. This year they had given one of the goats her own pen and there had been new arrivals. There are now two kids as well. It was difficult to get closer and the photo is not so sharp unfortunately. 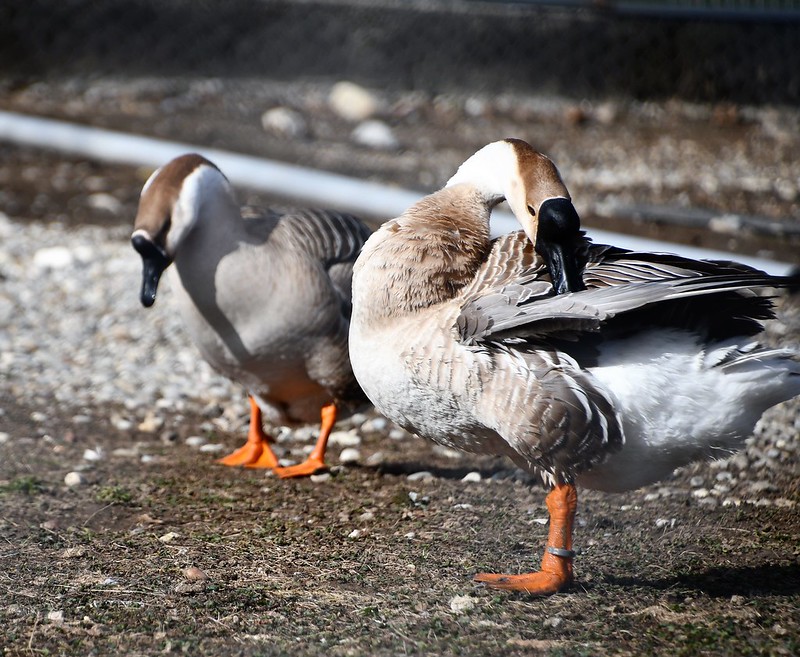 The geese were also still there and it seems to me that they are getting bigger: at least they are standing on firm feet as always.

I wheeled on, snapping away and eventually decided it was a little cold to stay too long.

Today is another shopping tour this afternoon. I had a problem yesterday as I had forgotten to get something for today’s dinner and I am not so keen on shopping in the morning: too much stress with the housework and driving off to the stores. However, we housewives are almost always prepared. I found a packet of spaghetti in the cupboard and a few tins of tuna fish with a tin of tomatoes. I even had an eisberg salad so what could be better. Today it will be spaghetti al tonno and I have parmesan cheese as well.

In the meanwhile the online shopping list on my iPhone is growing and I should now be moving on to the rest of the daily chores (such as wiping away the sticky mess from the honey), Have a good day everyone, I will be back some time later. I will leave you with a view of the castle as I was approaching the path up the hill. 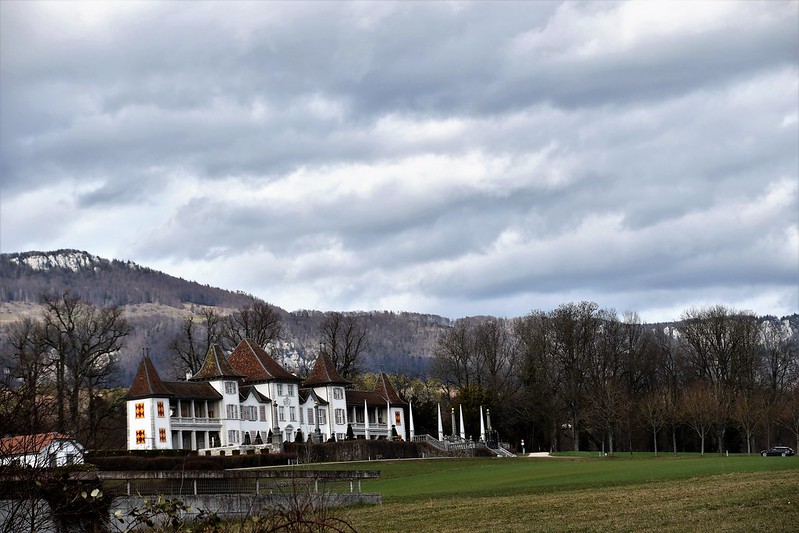