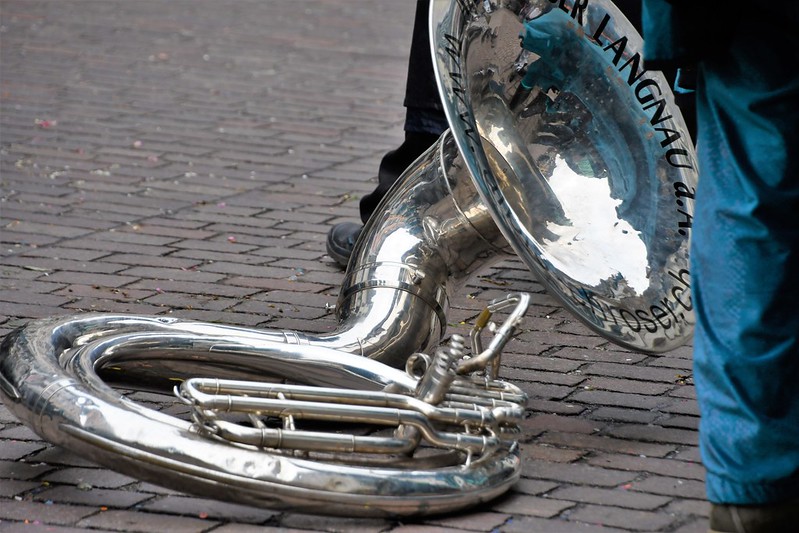 It was an exhausting task to complete
The lingular did not want to meet
Flow and pressure could not be shown
When playing on the Sousaphone
Marching and blowing,  the lungs said no
This was not their idea of a super show
The player gave up and travelled afar
To quench his thirst in his favourite bar
Practice more for another year
To play in the carnival and have no fear
He colleagues told him it was not a joke
It was really time no longer to smoke
The lungs agreed and drew more air
The sousaphone musician should take more care