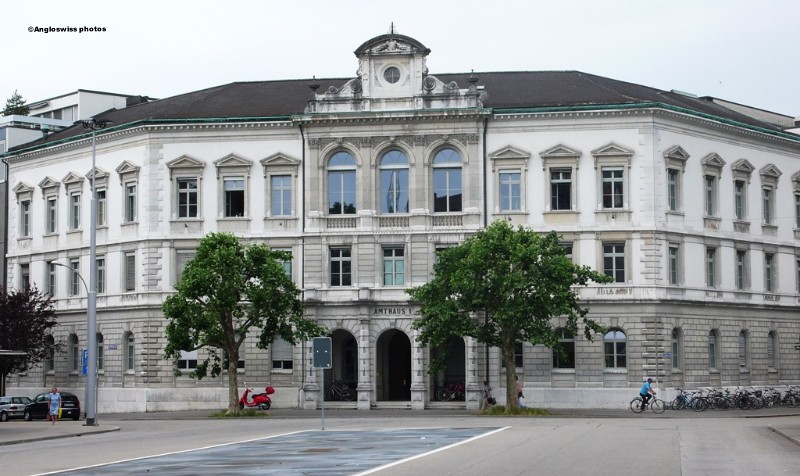 On a square in our local town we have the official buildings, Amthaus I and II. The photo is Amthaus I and is now mainly local legal offices. 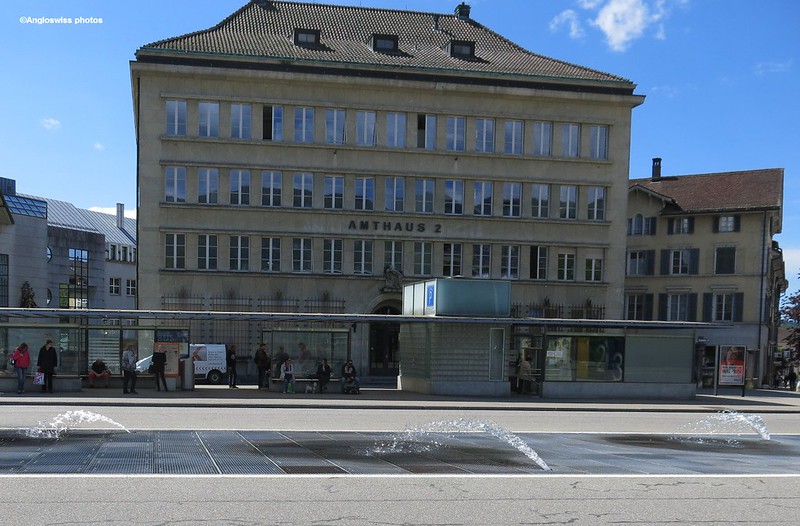 Amthaus 2 is the more modern building with a bus stop outside, although not new and where the action usually takes place for a trial, but it is a small market town. Note the fountains in the middle of the Amthausplatz.

The big stuff all happens in the larger towns. My son studied law and being bilingual with an english speaking mum (me) he sometimes acted as an official translator for a court case involving spoken english whilst attending the university. The victims were mainly asylum seekers from other continents whose mother tongue was usually some strange African or East European language. That was not an easy job and you really had to be careful how you translated.

This was many years ago and now No. 2 son is now a qualified media lawyer working for the Swiss government, so his field of action is no longer in this direction, but more in connection with news, TV and publications etc. and his english knowledge is now more in use at various international conferences.

But my dad had his experience with the British law courts. In England there is a jury system, and you can be chosen to sit on a jury if the rent book of the house where you live is in your name. So one day dad got his summons to sit on the jury. Actually he did not mind: a few days off work, paid for, and with food and drink included. All he had to do was to sit and listen to the evidence, and afterwards reach a decision with the others on the jury.  He took it quite seriously. I remember him telling me of the various cases they had and explaining why this or the other guy was guilty or not in his eyes. OK this is naturally all very confidential, but dad passed away three years ago at the age of 100 years, so I assume that the cases he tried are now all over and done with, if the accused are still amongst the living.

Otherwise I am a law abiding citizen, with perhaps one or two fines for driving a little too fast, although this no longer happens, with speed limits of 30 kph you no longer push on the accelerator.