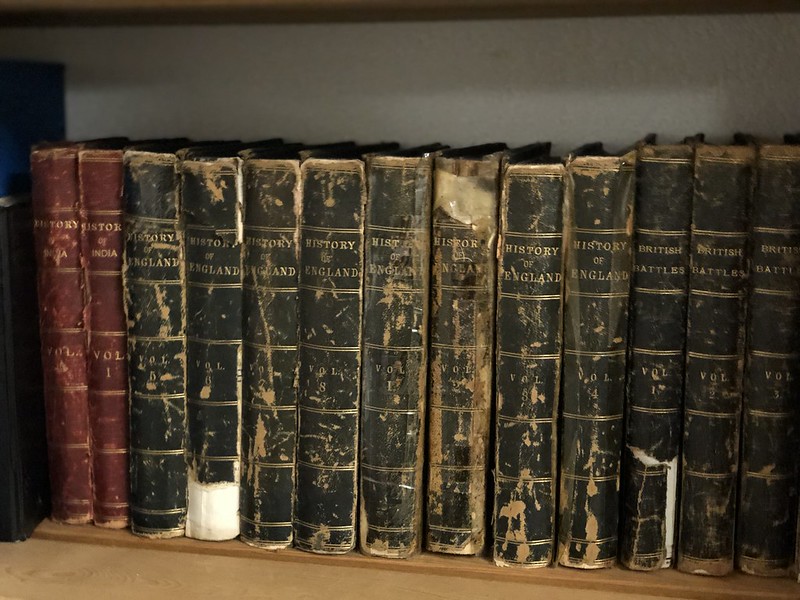 It all began with 8 volumes of History of England, 4 volumes of British Battles and 2 Volumes of History of India, all collected by my paternal grandfather and published by Cassells. He would buy a section now and again as a young man and had them bound in leather, all published at the turn of the 20th centuary: no great value, but for a working man at the time it was. My grandmother had them all in a glass fronted bookcase in her living room and when she eventually was no longer they entered our home in England  and there they sat in the bookcase with the glass front, which we also inherited. I grew up with those books and must admit never actually read them, although now and again my dad would have a look. They had monochrome illustrations and the information was probably accurate.

I would visit my dad once a year and he still had the books. He had packed them in an old red suitcase. I no longer have the original case. 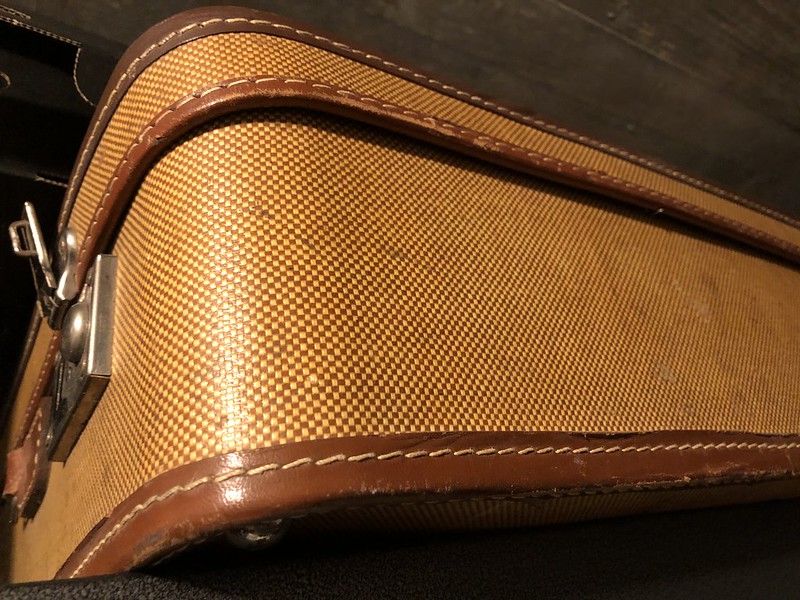 It very much resembled this case which is an heirloom from Mr. Swiss. Just the original cases that we all had for luggage when we went on holiday. with a clip lock.

So one day, with my father, he said he still had the family history book heirlooms and it would now be the idea for me to take them to Switzerland. We are talking about 20-30 kilo of books in a suitcase. At the time I had been working as an export clerk for many years for a Swiss company so realised what it would incur to have them shipped. I made a few telephone calls in England and found a forwarding company that would take over the transport from London to Switzerland for me.

We weighed the case and I established a Pro Forma Invoice for the goods. The guy at the forwarding company organised the pick up whilst I was still in England and a lorry arrived for the books. Dad was astonished how I had organised the job. He was still thinking about organising parcels to send by post. I gave the company in England my work address for delivery and they told me in a week or two they would be delivered. Now my dad’s old red case packed with the old books was on its way to Switzerland.

I returned home after spending the week with my dad and returned to normal life. One day a lorry arrived at the company where I was working containing the case of old history books. I had them put in my car boot and took them home in my dad’s old suitcase, the one that we always used for our annual holidays in England. I remember dad had tied a rope around it to make sure that it stayed closed during the transport.

The books are still in my possession in my hobby room in the cellar. I suppose their next journey will be to my son’s house in Eastern Switzerland. I wonder if someone, one day, might read the books. I noticed in Internet that they exist. Their value has not increased over the last 100 years, but I suppose the value is now more sentimental.

2 thoughts on “FOWC with Fandango: Case”