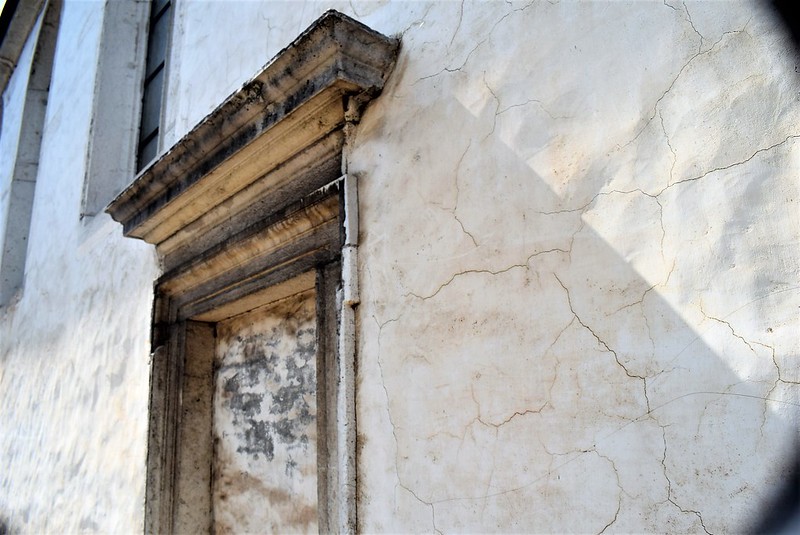 This door is finite because it is limited. It has been bricked up and cannot be entered. It is restricted. That would be the noun I suppose. The verb is more complicated and according to Wikipedia ” finite verb is a form of a verb that has a subject (expressed or implied) and can function as the root of an independent clause;[1] an independent clause can, in turn, stand alone as a complete sentence. In many languages, finite verbs are the locus of grammatical information of gender, person, number, tense, aspect, mood, and voice.[2] Finite verbs are distinguished from non-finite verbs, such as infinitives, participles, gerunds etc., which generally mark these grammatical categories to a lesser degree or not at all, and which appear below the finite verb in the hierarchy of syntactic structure. Verbs were originally said to be finite if their form limited the possible person and number of the subject. In some languages, such as English, this does not apply.” And congratulations to anyone that understands that. I do not.

I had to learn German, because I moved to Switzerland, actually Swiss German dialect because no-one speaks the basic German in Switzerland as a mother tongue. I had to learn French in the school, for five years. I learned Russian for 13 years – can write cyrillic and read it. I speak Italian more or less and understand Spanish, more less than more. english is my mother tongue (actually cockney) and now I get a word “finite”. I must admit – no idea what to write Even after reading the explanation from Wikipedia the mystery deepens. And so the door in the photo (a local church) remains bricked up. I give up. My understanding of this word has its limits, absolutely finite I would say.

And now I have a pile of ironing to do which is not limited, it is definitely unfinite.

3 thoughts on “FOWC with Fandango: Finite”