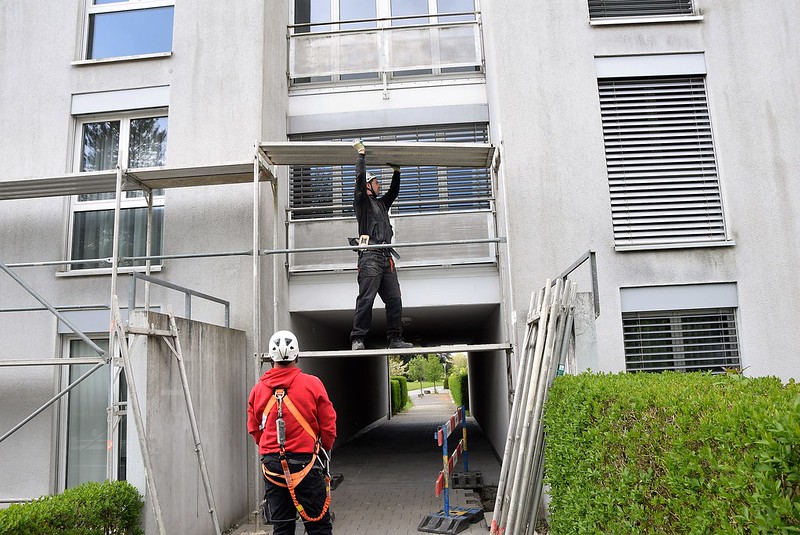 2 years ago my existence was undermined by a meeting at our estate where the majority decided that we should be renovated. Not just a slap of paint and a few added bits ad pieces, but a complete renovation down to the bare brick walls. When I saw the first crew arrive with the metal poles and climbing ropes,  I realised that the peace and quiet of the rural surroundings would be destroyed. How much it would be destroyed I did not realise at the time.

It soon came to pass that drills, automatic screw drivers and hammers would be our background tunes for the next few months. They said it would be only four months, but it extended from April to October, although I would say the noise only began in May and continued until September. The last month was just quiet painting in the right places.

My lunch time sleep was now a thing of the past. Who sleeps with a background of sqeals from machines that like to talk to each other, and that also cause vibrations? Now and again we even had light shows 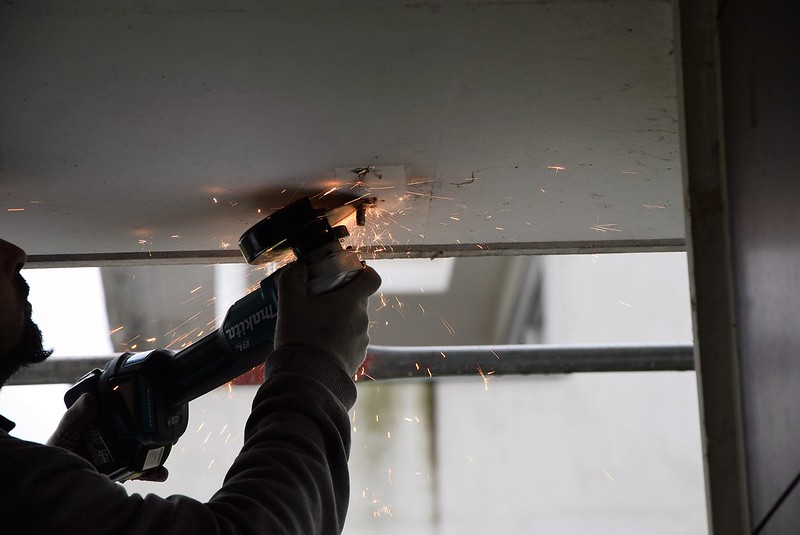 which made an interesting interlude for my camera. I remember when one of the workers with his sparkling grinder told me to step back as it could be that my camera lens could be hit by some flying sparks.

All good things come to an end and one day our team of merry builders were no longer there. They had disappeared overnight, to be replaced by the artists, those with the paint brushes in the hand instead of the pneumatic drills. 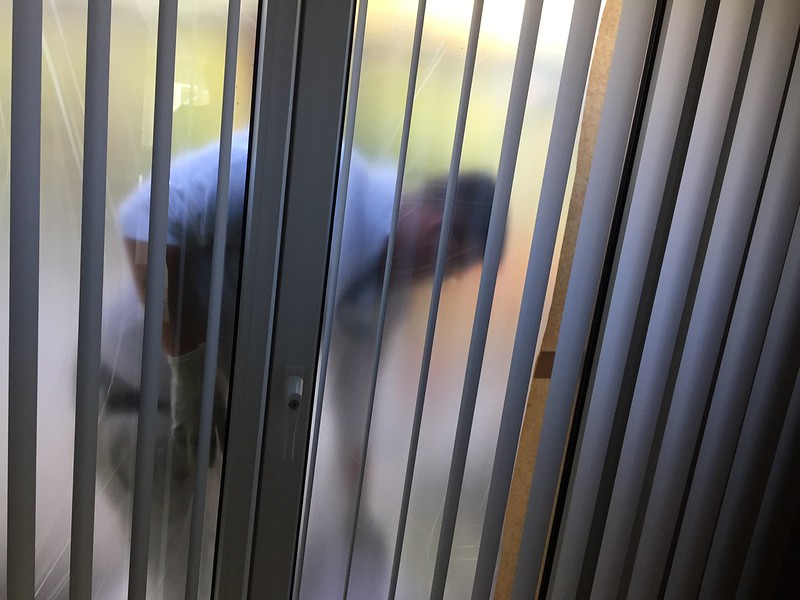 They hid behind plastic sheets. A true artist always reveals his work when it is completely finished.

And one day there was silence. They were gone, and never to be seen since. I do not really miss them, only the opportunity of being able to take fresh photos daily.

13 thoughts on “FOWC with Fandango: Undermine”