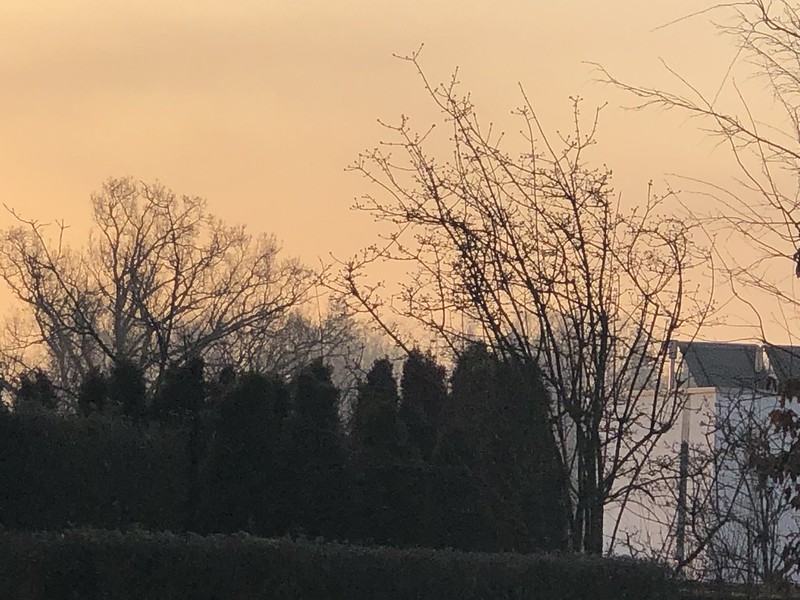 This morning’s sunrise which was the last chance before it faded to a normal blue sky. I took the photo from the back garden still clad in only my nightdress and there was a thin layer if frost on the ground. Even the cat’s water had a thin layer of ice. I must be crazy and no, the neghbours were all inside so no-one saw me I hope. The things you do for photography. At the moment my photos here are mainly from my telephone camera. My camera is still working, but not as it use to. I have to make too many adjustments.

I have a Nikon D7000 since so many years that I cannot even find the bill from when I bought it. A couple of years later the D7500 appeared improving on the D7000. Of course there have been many other new cameras from Nikon, but I am not a professional camera person and have now ordered the D7500. Actually the basic camera chassis is the cheapest part of the whole thing, although also expensive. It is the lens according to what you want that cost. I have actually enough lens to fit my Nikon, but saw they now have a lens 18-300 which I also included in the purchase.  I have a 300 lens, but I have to take it separately with me and a combined lens is ideal. As my photo expeditions are mainly by wheelchair it means I do not have to carry these heavy cameras and lens, but can just sit and shoot. Of course the wheelchair is not my chosen transport method, would rather be able to spring around and go places like in the old days, but MS does not want me too. I just make the most of what I have.

Sometimes I have difficult moving days but generally I manage. I have noticed that a bit of physical training helps a lot. It seems to keep the muscles working taking over part of the work that the nerves used to do when they were functioning normally. However, MS is a different kettle of fish for each person that has it, and what works for me does not always work for the others.

If I need stuff like this I usually order online with the same company. I notice how customer friendly these companies are becoming, probably because they now face stronger completion. Every thing is confirmed with e-mails containing the details and you also get a track and trace of the parcel. Yesterday my camera was already in the post sorting office and today it will be delivered. I even got the same details from something I ordered that came from China. The world is getting smaller it seems. 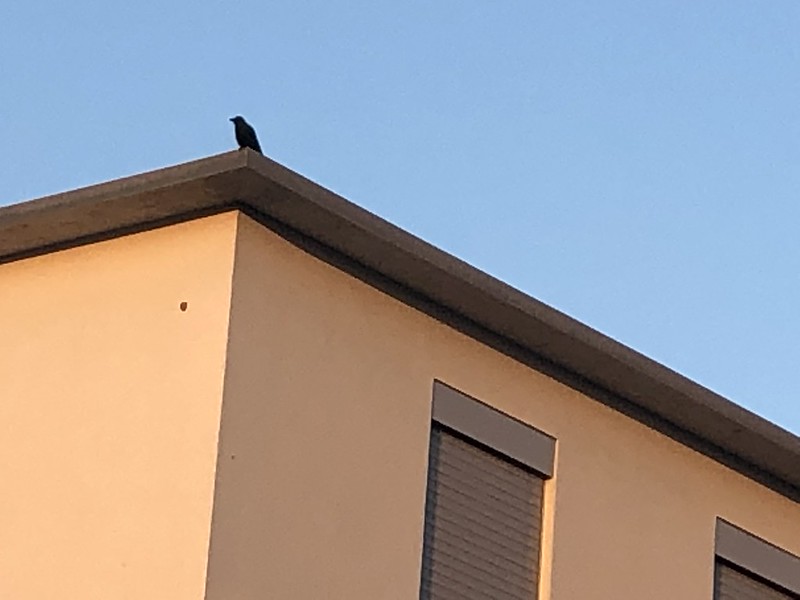 I noticed Mr. Crow was keeping an eye on things this morning from the opposite roof top waiting for me to spread out the bread remainders so that he could inform the muder/pack (a murder of crows?) to come and get it and they do.

Yesterday was a complicated day for me. In the morning shopping and afternoon a trip with Mr. Swiss to his doc. I dropped him off and had another parking adventure in the park house. It goes down in a circle until you find a parking space, so I was two stories below. At last I discovered where the reading machine was when I entered for my plastic parking card. It is at the end of the row of the ticket machine. Now I am amongst the professionals and just reach out with the card in my hand, show it to the flashing light and the barrier opens. I know you can all do it, but for a golden oldie that had a chauffeur, I have to learn this all again. I afterwards went to the doctor’s surgery to wait for Mr. Swiss and we drove home again afterwards.

Today is another doctor visit for him, but this time at the hospital. I also have the week-end shopping to do, so the plan is that I drop Mr. Swiss off at the hospital, drive on to the next village to the supermarket, get the goods and pick him up at the hospital afterwards. I do not have time in the morning to fit in the shopping and cleaning, cook lunch and then straight to the hospital after lunch as we have to be there at 2.30 p.m. I really have no time for mysself at the moment, but hope next week will be better. The weather is so good and I am missing it with these appointments. In the olden days we would split the stuff, but both of us are not getting any younger and Mr. Swiss has moving difficulties.

It is now way pass 9.00 a.m. and time to move on with the rest of the work. Friday again, but those that still have week-ends, enjoy it. For me life has become one long week-end. 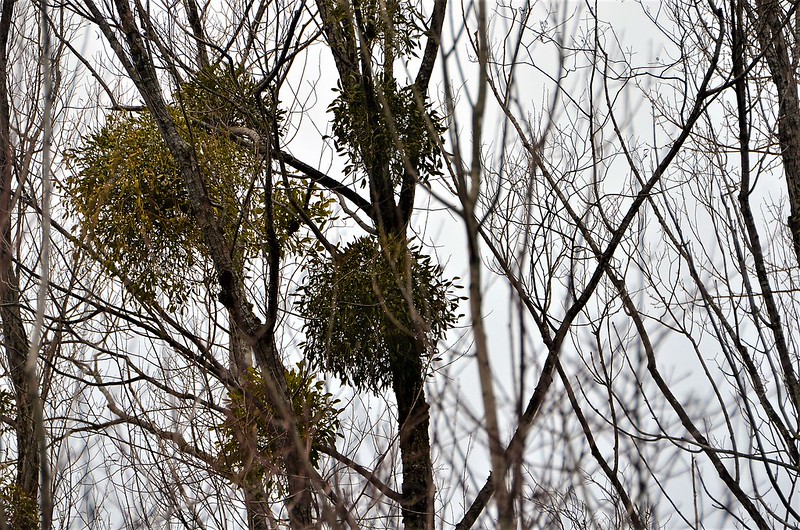 I noticed the mistletoe was showing itself again last week on the trees by the river. Now is the best chance for a photo as in summer it disappears between the leaves of the trees.