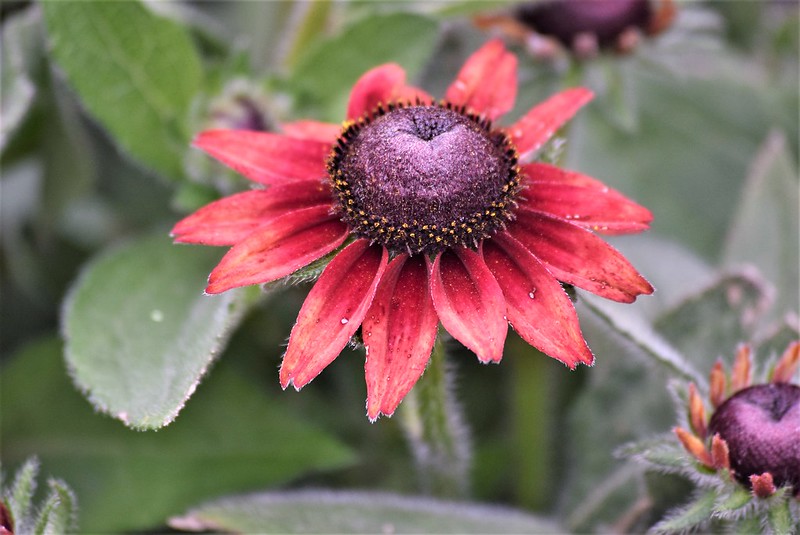 In a different colour other than pink 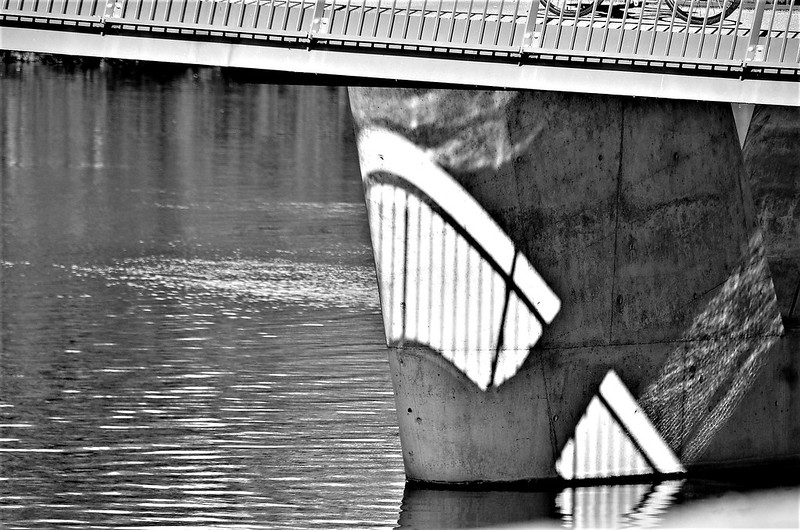 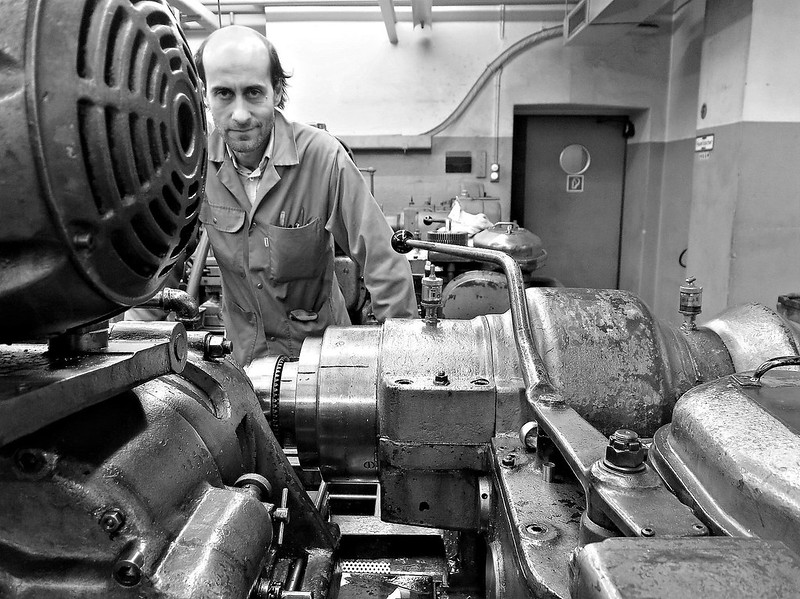 My son at work on the machine manufacturing metal parts. 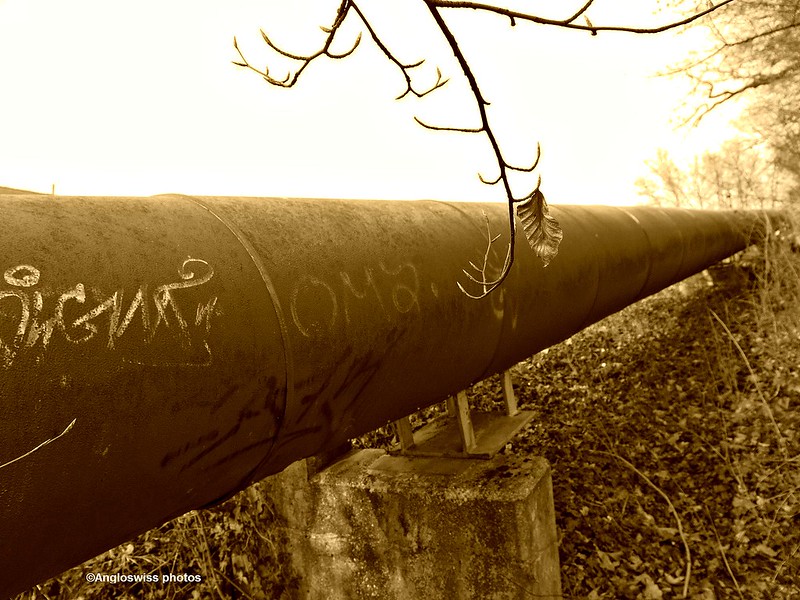 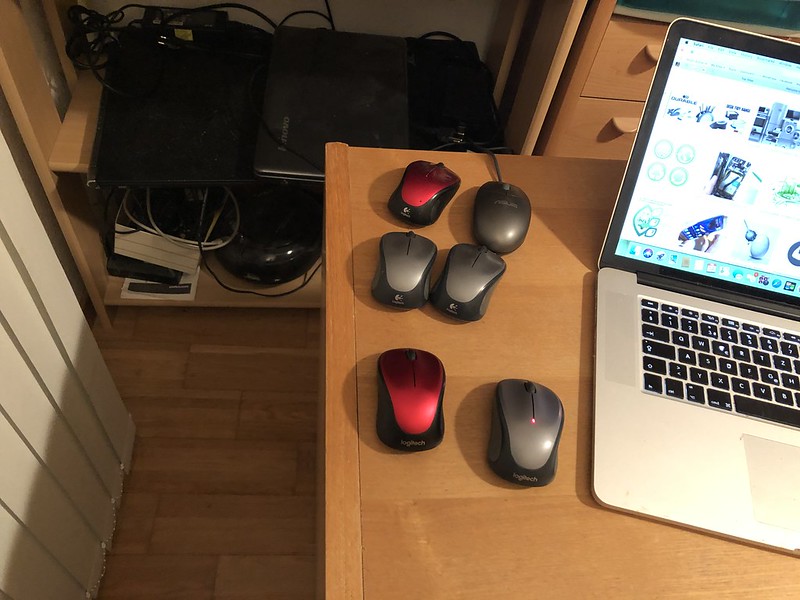 I was doing a little bit of organising yesterday in my Computer department in the apartment. I found a  Lenovo computer which is still in good working condition and Mr. Swiss old Acer Aspire Black Edition computer which he decided was not his thing. In the meanwhile he also had an Apple and HP and is now works on a Microsoft Surface Book. I am also not innocent as I work on two computers: also a Acer Aspire Black Edition, which is my regular Microsoft machine and my Apple Macbook which is my favourite. There were also six mice (or mouses) which seemed to be a little wild as I am still not sure which computers they belong(ed) to. I also have a mouse for each of my two computers and so does Mr. Swiss for his. In other words we are a small computer asylum

I am sure they are still all in good working condition, but you can only work on one computer. I have three iPads which are no longer in use and Mr. Swiss also as many.

It seems to be the modern trend that you no longer use the old but buy the new. I wonder is there a graveyard somewhere with forgotten computers and mice. Every year/month we are inundated with new developments in the computer industry, so buy the new and push the old to one side.

I have now adopted the left over computers from Mr. Swiss, but even I can only use one at a time. I allow myself the luxury of mainly using my Apple but keeping my Acer for the 50,000 photos that have to be stored somewhere.

I no longer save very much on the computer, except for the photos, which are also in an online programme. One day, let’s face it, my computers and those of Mr. Swiss will be homeless, they will no longer have an owner. Perhaps there is  a cyber sky where they afterwards go for their eternal sleep, a special cloud governing all other clouds. Does our data die with us or does it still live somewhere. Some things will never die and I can imagine in 500 years somewhere in a museum a computer, through a fluke, will again begin to relive the old days. Imagine the future homo sapiens wondering what a blog was, or a byte, a browser and a keyboard, probably all then obsolete. They might even try to feed the abandoned mice.

These hardware objects will never die, they were made to last, but we replace them continuously. And the no longer wanted? They will live on. 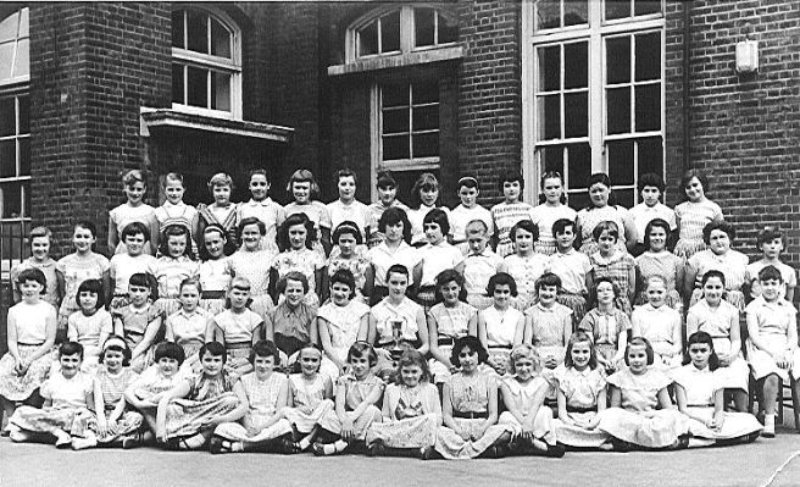 The first school was a mix. A class of boys and girls from the age of 5-6 for 2 years. It was my first contact with boys as such, but at that age they just looked a bit different to girls. I do remember the playground break. We would play kiss chase now and again. The girls ran and the boys chased and if they caught you there would be a wet sloppy mark on your face afterwards, nothing too serious, but this was more than sixty years ago. Funny thing is I can remember some names and now and again one or two might appear in Facebook, now elderly gentlemen of course. That was the beginning and end of anything approaching intimacy.

The next school was girls only – see photo. I am in the middle row, eighth from the right and we were all wearing our dresses with socks and shoes. Blue jeans were still a cowboy dress and in the fifties had not yet reached Great Britain. We were not even allowed to wear trousers at school and actually we girls never even thought of it.

At my next school I started at 11 years of age and finished when I was almost 17 years old  and boys? It was more like a nuns convent, still no boys to be seen. We were all dressed in uniform, the only time it showed body details was if you shortened the skirt according to the fashion of the day. Although even then the overall impact was spoilt by flat brown shoes, so nothing to encourage the other sort.  The male part of the school was in another building in another part of London because there was no room in our building to have boys and girls together. The highlight in our school was the German guy that taught German conversation. He was the only member of the male species we ever saw, on a sort of exchange and he was a good looker. I often wondered how it was for him surrounded by so many female teachers with 500 girls. I never got to be in his class, I was not programmed for university and was in the commercial course. Men did not learn typing or stenography.

I remember in the last class we had a social event together with the boys school, but even then I never really got to know any of them. 16 year old girls and boys do not really have the same outlook on life.

Yes, I lived a sheltered childhood, so all the more reason to make up for lost time when I left school and that is all you are getting from my intimate side of life. Valentines Day – no, not for me and today as a golden oldie I only know of its existence due to social media who seem to be wishing everyone a happy one. 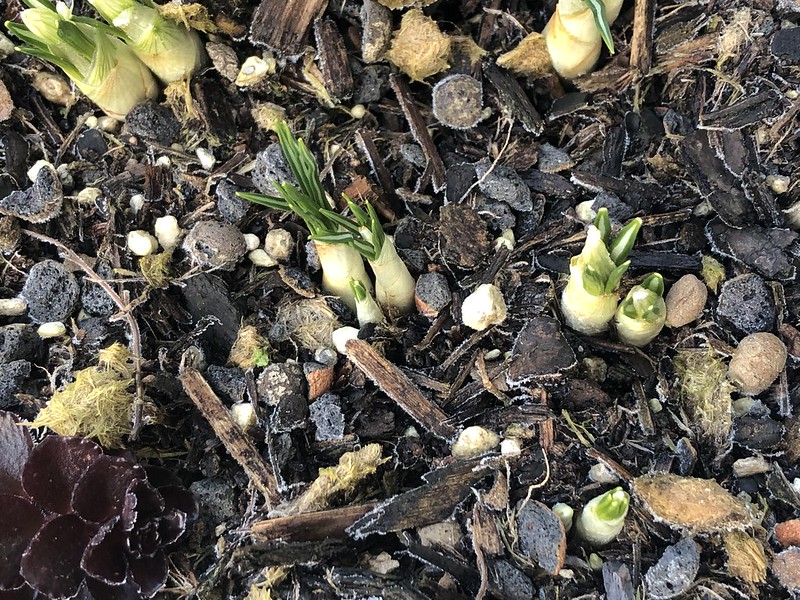 Spring seems to be springing at the moment and the first crocus shoots are shooting. Suddenly the sun shines all day, although this morning there was ice in my cat’s water bowl and a frosty layer on the ground outside. Thursday is a day when I have no great excitement. There is no shopping trip, the cupboard is full, and the beds got their fresh linen last week.

Yesterday evening No. 2 son called to see mum and dad which was a pleasant interlude. Everything is fine with him and grandson No. 1 is growing and developing with first attempts at speech, which only he seems to understand.

Today seems to be something called Valentine’s Day and there is news about it plastered all over Facebook and a few blogs to remind me in WordPress. Mr. Swiss and I never actually had Valentine’s Day, we decided who needs a day to give a better turnover for the flower shops. Of course it is nice to get flowers, but I do not need a day for it, so that theme is quickly dealt with at home.

In this wonderful sunny warmer weather I would have liked to have gone on a wheelie into town this afternoon, but I will be driving Mr. Swiss to the doctor. It has been a busy week this week with various things to deal with. I have had to completely re-organise Friday and the week-end shopping will take place in the afternoon. Mr. Swiss has an appointment with a doc at the local hospital in the early afternoon, so I will drop him off at the hospital and afterwards do the supermarket tour. When I am finished I will pick him up again at the hospital. I will not have time to go shopping in the morning, clean the apartment and cook lunch. Lunch is already bought and I will stay at home in the morning and combine the necessary in the afternoon. 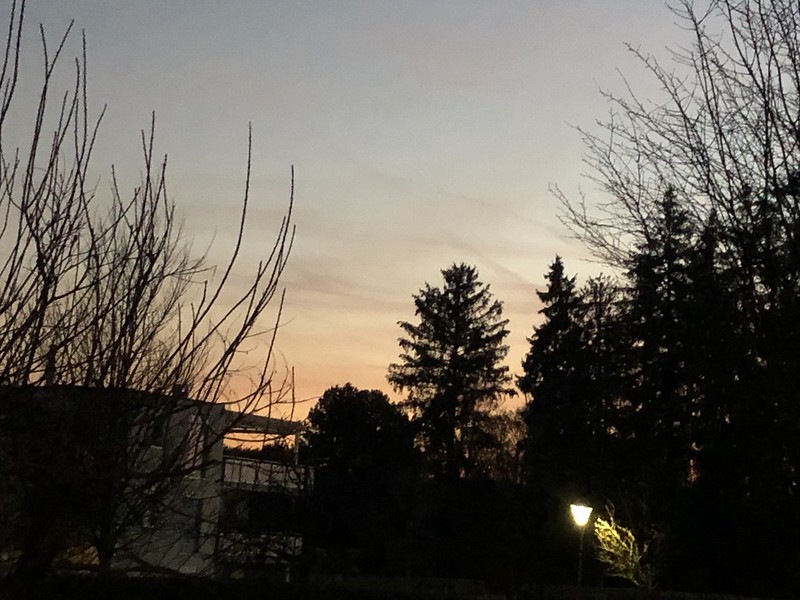 Yesterday evening was another splendid sunset. At the moment I am getting the better photos with my mobile camera as my camera is no longer managing very well. I will be glad when the new one arrives, although I will have to get used to that at first. It is again a Nikon so it will be nothing new for me.

And now I should really get a move on with the daily chores. I wish you all a good day, or sleep well over the big pond. Now for some action in my part of the world. 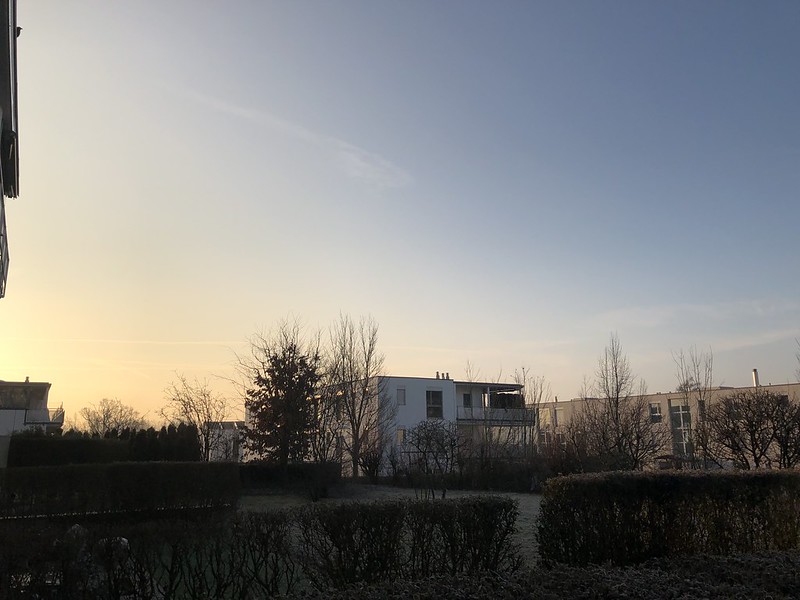